How to accept bitcoins in my store 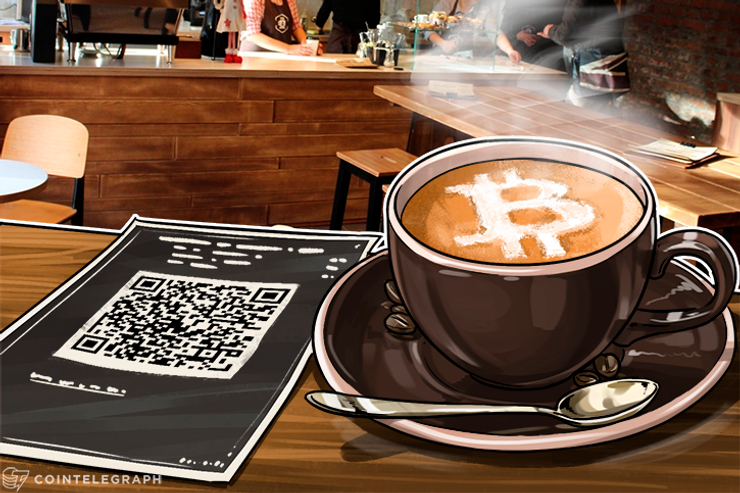 Bitcoin’s value keeps conquering new heights. The public’s interest in the cryptocurrency is at an all-time maximum and is only going to increase with time. Massive corporations are investing money and manpower in Bitcoin and experts are dubbing it the future of finance.

It is only natural that more and more small businesses worldwide are starting to accept Bitcoin as a form of payment. By accepting Bitcoins in your establishment, you’re signaling that you’re at the forefront of the technological development, attracting new customers and eliminating certain kinds of fraud.

Below is our thorough guide to adopting this completely new way of payment for your business. There are numerous ways of doing so, but even if you’re still only considering it, you can always start with a sign. Your customers who wish to pay in Bitcoins will be able to contact you directly to process the payment, while you’ll be raising awareness of the cryptocurrency and encouraging other merchants to start accepting it. 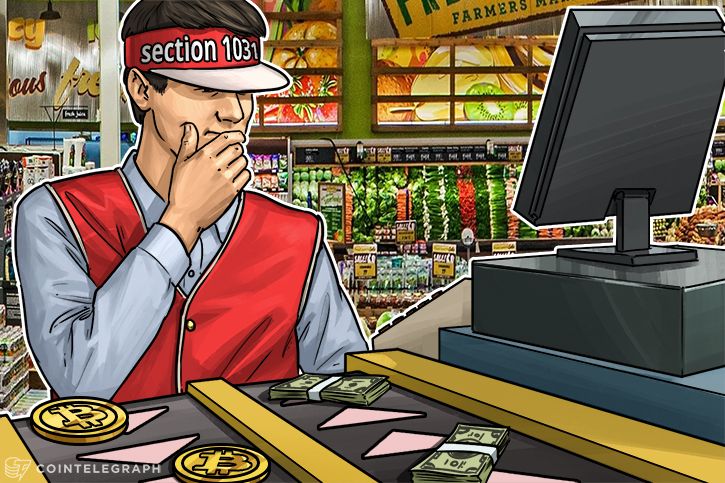 If you only have a small volume of potential Bitcoin users, the easiest way to accept BTC would be to ask your customers to transfer the money directly you. But before being able to do so, you need to set up a Bitcoin wallet first.

Essentially, a wallet is just a string of random letter and numbers. Numerous Bitcoin exchanges are catering for different needs that offer wallet services as well as independent wallet platforms. All you need to do is register with one of them, receive your wallet address, which is also your public key, and a private key, which is necessary for signing for transactions and should be kept secret.

In order to be able to withdraw funds from your Bitcoin wallet in flat currency, you will need to link your bank account or your credit card.

To make things easier for your customers, it might be a good idea to present your wallet address in the form of a QR-code. All they will need to do is to scan it, put in the amount of Bitcoins necessary and sign with their private key. Bitcoin’s value is known to fluctuate a lot, so make sure to look up the current exchange rate on any major exchange before conducting the transaction.

Creating a short and easily understandable tutorial on how to transfer Bitcoins to your wallet would also be a good idea. 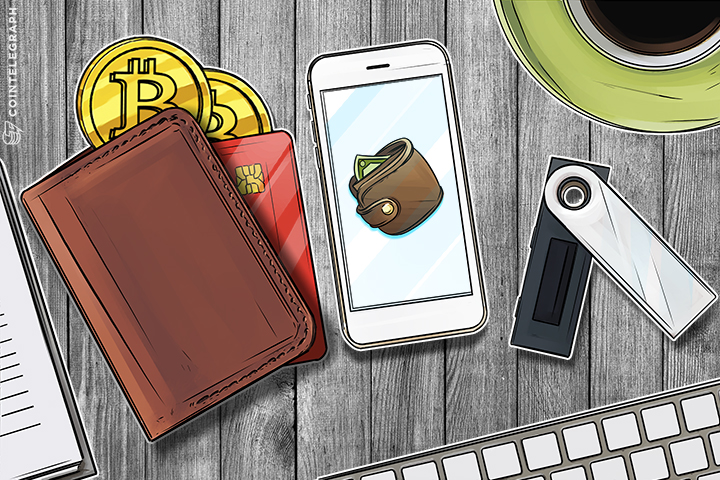 In a pursuit of streamlining Bitcoin payments for businesses, software developers have been coming up with various touchscreen apps. These apps work much like direct transactions to online wallets do. The merchant needs to connect their wallet address with the app, put in the required amount in fiat currency, and the app generates a QR-code containing the address and the amount of funds that need to be sent in BTC. All the customer has to do is scan the QR-code with their Bitcoin mobile wallet app and sign for the transaction. These services can be used on most smartphones and tablets. 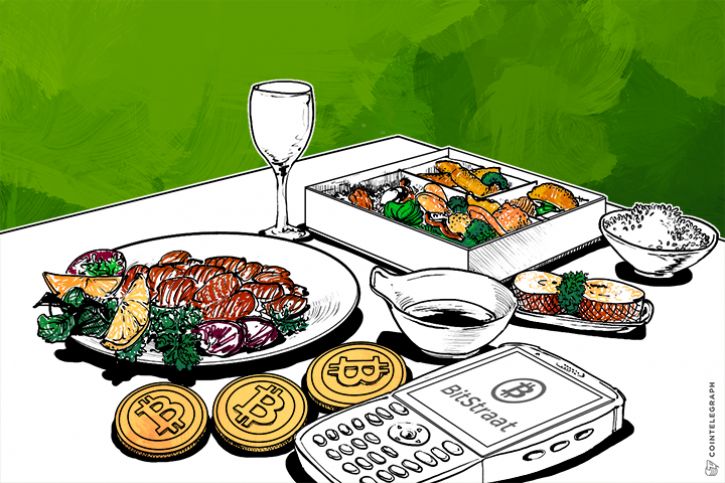 Bitcoin’s recognition as a viable form of payment has lead to the emergence of an ever-rising number of commerce-specific hardware point-of-sale solutions. Those can come in the form of Bitcoin-specific payment terminals as well as Bitcoin-oriented APIs that can be integrated in some of the existing point-of-sale terminals, and so on.

Their capabilities vary depending on a manufacturer. When it comes to Bitcoin, gift cards are often used as a medium of exchange. Even though major retailers like Amazon, Target or H&M are yet to start accepting Bitcoin as a form of payment, there is always an option of buying a gift card to one of those establishments with Bitcoins.

If your business sells gift cards or gift certificates, you will find that perhaps the easiest way of accepting Bitcoin is to accept it for the purchase of gift cards or sell those cards on designated Bitcoin-accepting platforms. Obviously, those gift cards will then be used to purchase goods or services from your business.

If you’re running an online business, you can of course still accept manual payment directly to your wallet, providing customers with either a public key or a QR-code. However, there is also a way of streamlining online payments in Bitcoins by implementing a ‘pay with Bitcoin’ button on your website.

Several different services offer solutions for this. Some of them even provide button generators, where all you need to do is fill in a short form. As a result, you will get a few lines of HTML code to copy and paste into your website. While it is a relatively easy process, it is recommended you entrust an experienced programmer with this task. 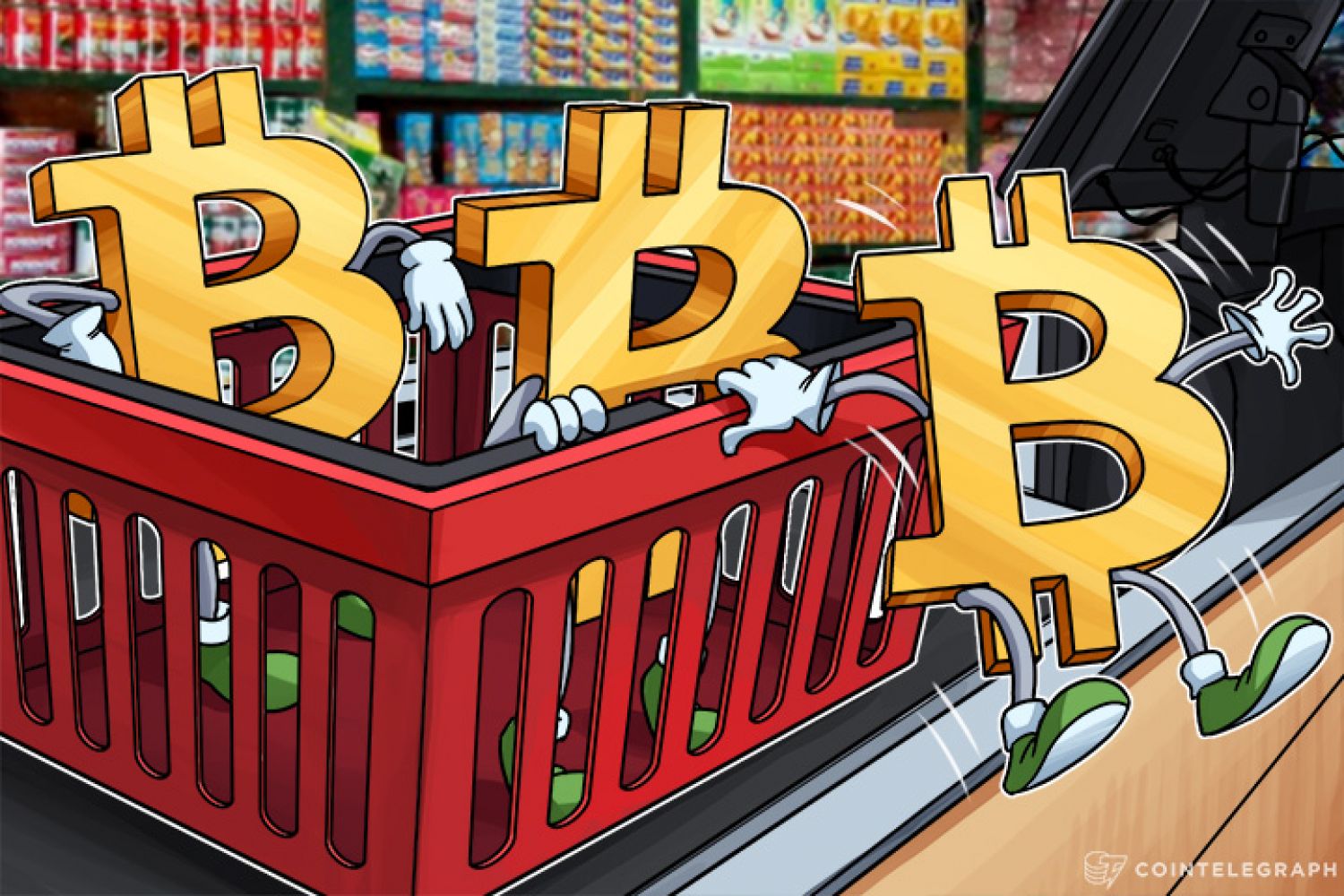 In case your business receives payments via invoices, there are a few things you need to consider. Besides the required amount in fiat currency, it is recommended that you include at least a suggested amount in Bitcoin or an instruction on how to calculate it. Due to Bitcoin’s constant fluctuation stating a certain amount in BTC may incur significant losses either on your part, or on your customer’s part.

The invoice should include a wallet address for the customer to send the funds to. As the public key is a long and random string of numbers and letters, both upper and lower case, including a QR-code would also be a good idea. This is especially necessary if you’re sending out paper invoices.

Countries where it is allowed

In many jurisdictions, Bitcoin and other cryptocurrencies are still in the legal grey area. Lawmakers, tax authorities and financial regulators are still trying to understand where it fits in within existing legal frameworks and are crafting new regulations to govern it.

In most countries worldwide, Bitcoin is either legal or unregulated. This means that accepting payments in BTC is legal in those jurisdictions, at least for now. However, the laws and regulations in different countries can view and treat merchants accepting Bitcoin differently. Moreover, those regulations are obviously subject to change. So, before deciding to accept Bitcoin as a form of payment, make sure to consult with a legal advisor and be prepared to adapt. 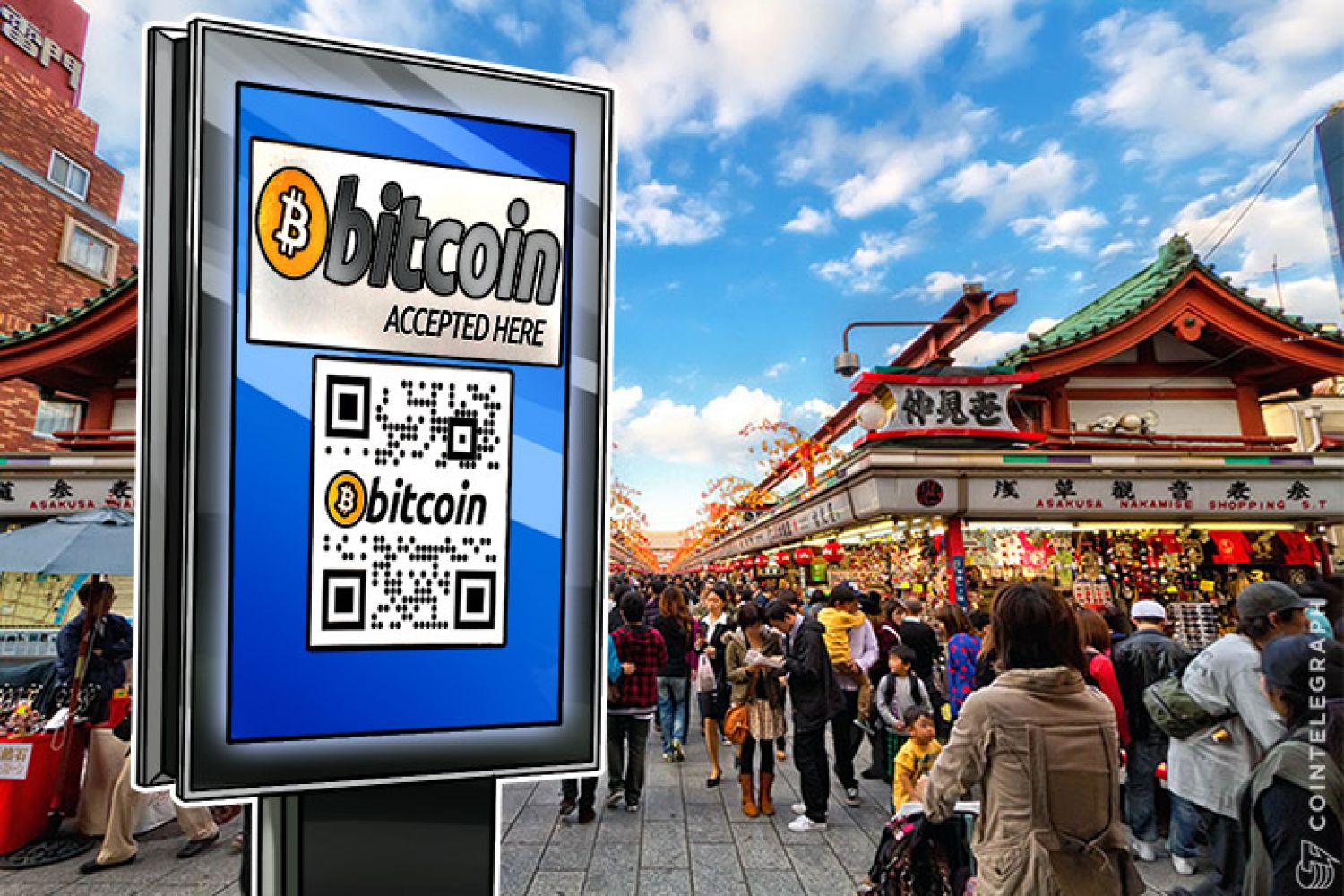 The only countries where Bitcoin and other cryptocurrencies is outright banned are Bangladesh, Bolivia, Ecuador, Kyrgyzstan and Vietnam. China and Russia are about to join those jurisdiction in due time.

Depending on a jurisdiction you live in, once you’ve accepted payment in Bitcoin, you might need to include it in your tax report. In terms of taxation, Bitcoin is treated very differently from country to country. In the US, the Internal Revenue Service ruled that Bitcoins and other digital currencies are to be taxed as property, not currency.

In theory, this really complicates merchants’ lives. This is because when acquiring property, the merchant is required to record the fair market value of the property. When the asset is later exchanged, if the fair market value has increased, then the owner has a taxable gain. So, when a merchant receives multiple payments in Bitcoin over a month during which the exchange value fluctuates and decides to exchange all of them for a flat currency, the taxable gain of every single transaction might be significantly different. 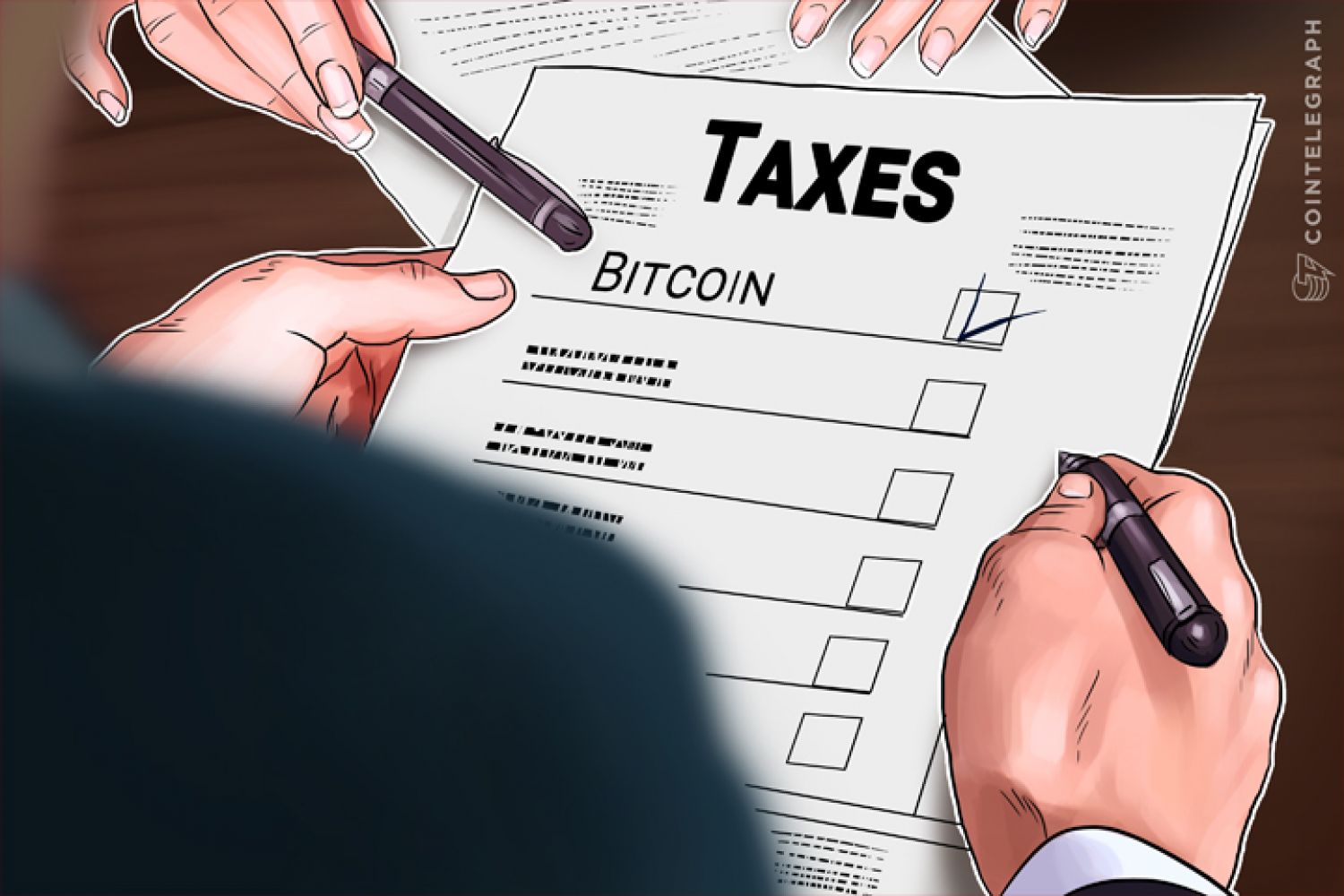 However, in practice, most of the merchant service providers mentioned above offer an instant exchange service. This means that once you receive a payment in Bitcoin, it is exchanged into a traditional currency of your choice instantly, allowing for minimum fluctuation.

It is recommended that you consult with a tax specialist in order to get a better understanding of how Bitcoin is taxed in your jurisdiction and how income gained through Bitcoin should be reported.

When it comes to accepting credit and debit card payments, a lot of small businesses often find themselves in a position where they have to set a card purchase minimum. This is because of the fees, which can range from two to five percent of the transaction total. On the other hand, one of Bitcoin’s main advantage is the lack of any central intermediary, which dramatically reduces transaction fees.

One of the main problems that any money transfer system, including standard bank cards, needs to solve is so-called ‘double-spending.’ Oftentimes, a transaction can be reversed with just a simple phone call, and the fraudster is able to spend that same amount of money again. Bitcoin, thanks to its distributed public ledger called the Blockchain, offers protection from such fraudulent schemes. Once the transaction is confirmed, it is recorded in the Blockchain and after that it becomes irreversible and unchangeable. In this respect, accepting Bitcoin is pretty much like accepting cash.

Bitcoin holders are always looking for new ways to spend it. Even though there are a lot of different businesses accepting Bitcoins these days, your business will not get lost among them. By accepting the cryptocurrency, you will attract a whole new group of customers, especially if you’re running an online-business.

Finally, accepting Bitcoin means giving your customers an extra way to pay, while also providing them with an extra layer of protection for their personal information. All in all, Bitcoin has a potential of significantly increasing your businesses’ profits.

The biggest disadvantage of accepting Bitcoin is the cryptocurrency’s insane volatility. For instance, in the beginning of 2017 one Bitcoin was barely worth $1,000. Then, it got to almost $5,000, quickly dropped to $3,200 before hitting its historical maximum of $8,000 in mid-November.

This means that you’ll need to adjust your prices on the daily, if not hourly basis. Moreover, you will have to translate Bitcoins into your currency of record quickly and regularly in order not to sustain a loss. Some of the merchant service companies mentioned above provide an instant exchange service, which means that prices in BTC are adjusted in real-time and Bitcoin payments made by your customers are immediately exchanged for cash value at BTC’s current value. 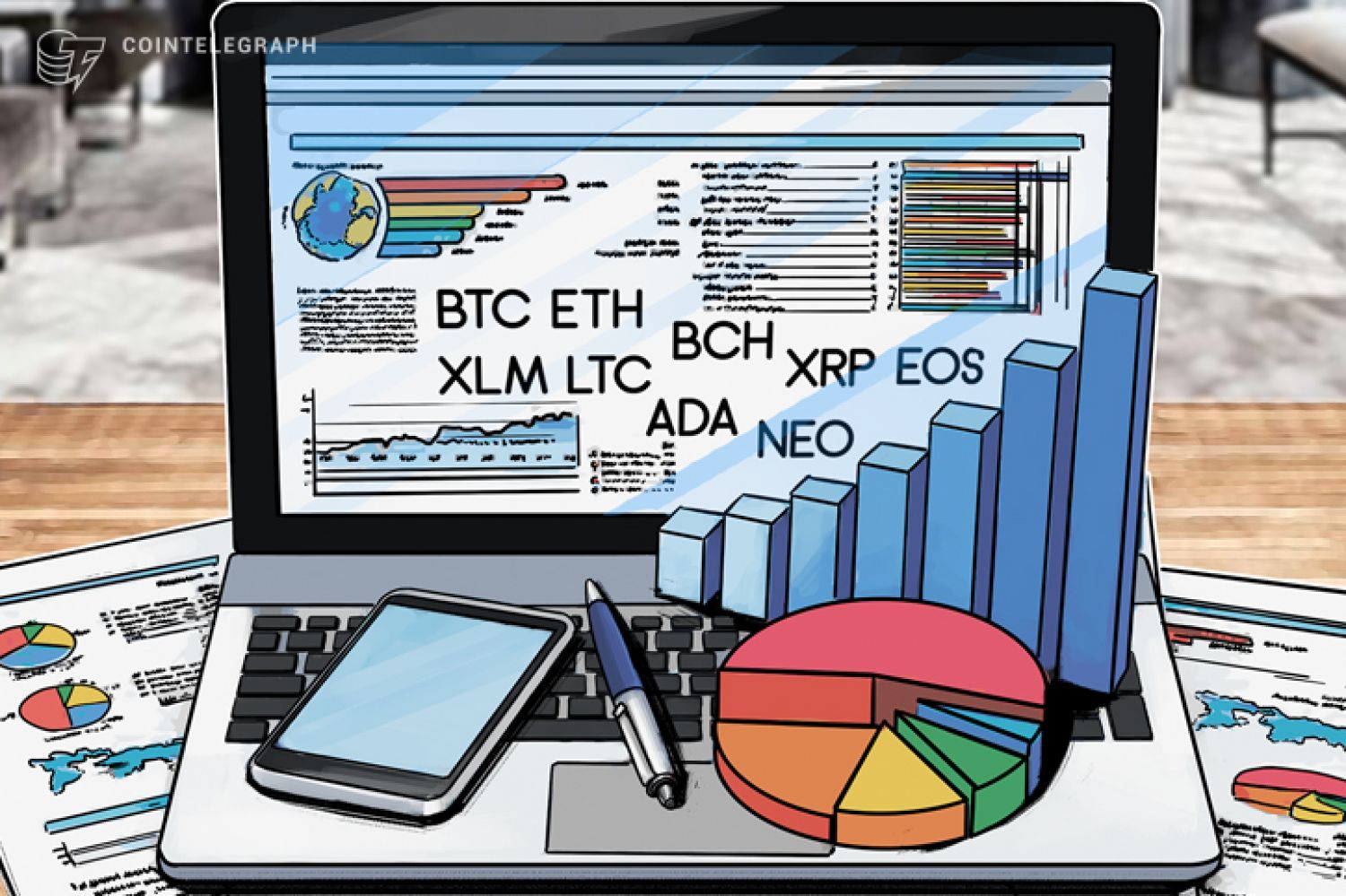 Even though Bitcoin transactions are safe and fraud-free, there is still a chance of hackers getting their hands on users’ wallets. The story of Mt. Gox, an infamous exchange that lost approximately 850,000 of its users’ Bitcoins, which amounted to more than $450 mln at the time still haunts the Bitcoin community. Overall, around a million of Bitcoins have been stolen from exchanges since 2011. Unlike most traditional currencies, Bitcoin is not backed or insured, so the loss of funds will most likely be irreversible.

However, there are steps that you can take to avoid that. In order to better protect your funds, store them outside of popular exchanges, use multi-factor authentication on your accounts, secure and take care of your private keys and do regular backups of your data.

Perhaps the most complicated problem with accepting Bitcoin is the regulatory grey area the cryptocurrency finds itself in right now. Existing laws and regulations are sparse and differ drastically depending on a jurisdiction. Moreover, they are subject to change, which means business-owners have to constantly monitor new developments in the world of Bitcoin and be prepared to adapt.