Cointelegraph’s 2021 report on security tokens explains how bond and stock tokenization works, how many assets have already been tokenized, what returns they have provided, and how they are regulated in different countries.

Is security tokenization the next killer application of blockchain technology? Bankers at Raiffeisen Bank International argue that by 2030, most securities will have been tokenized. To gain a deeper understanding of how blockchain technology can transform traditional stock exchanges, this study has compiled a dataset of all security token offerings and found that almost $5 billion was raised in 2020. The report estimates that the global market capitalization for tokenized securities will have surpassed $1 billion by the end of 2021 and that approximately $9.5 trillion will have been invested in tokenized stocks by the end of 2025.

Key topics covered in this six-chapter and 90-page report include: 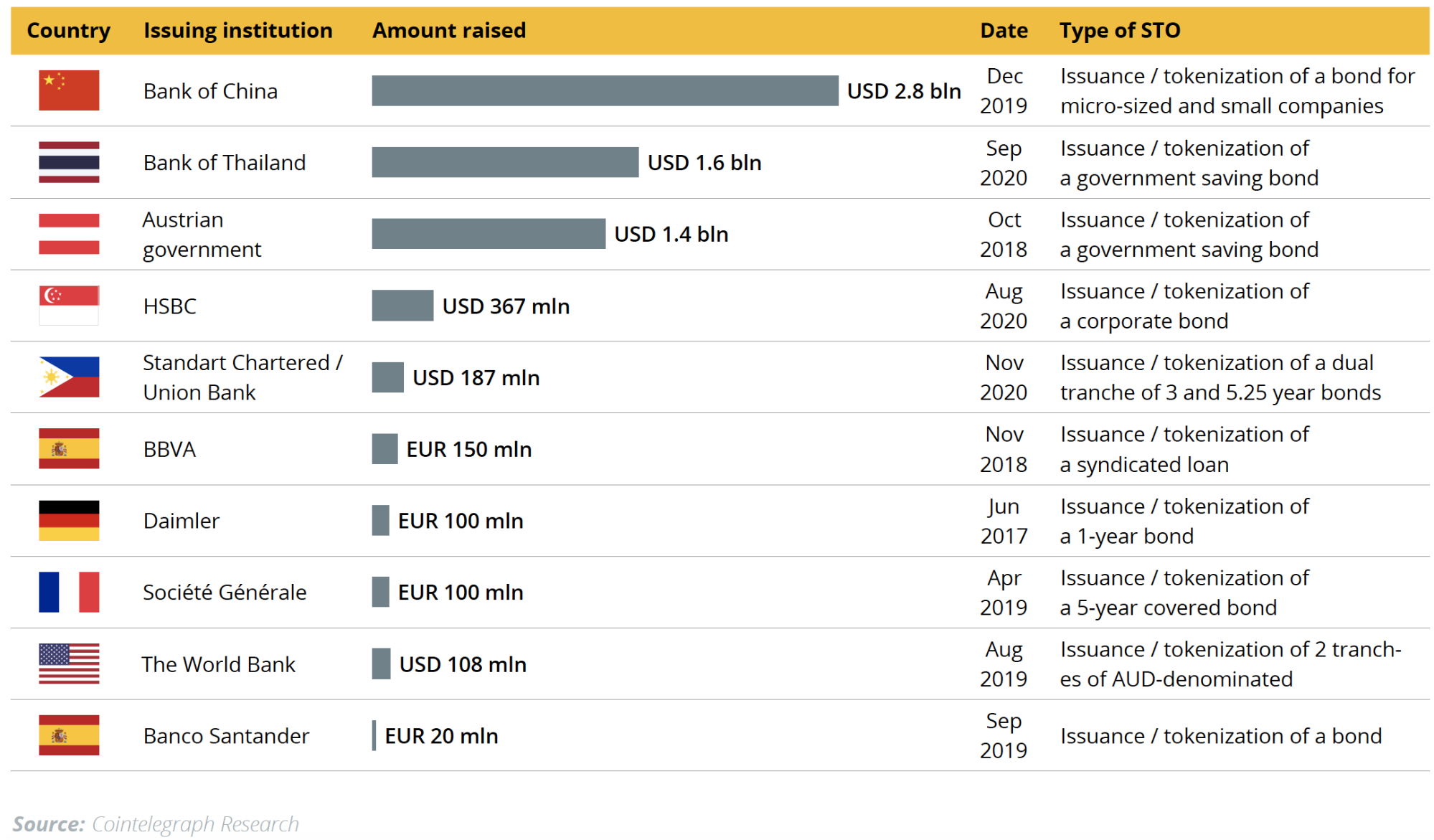