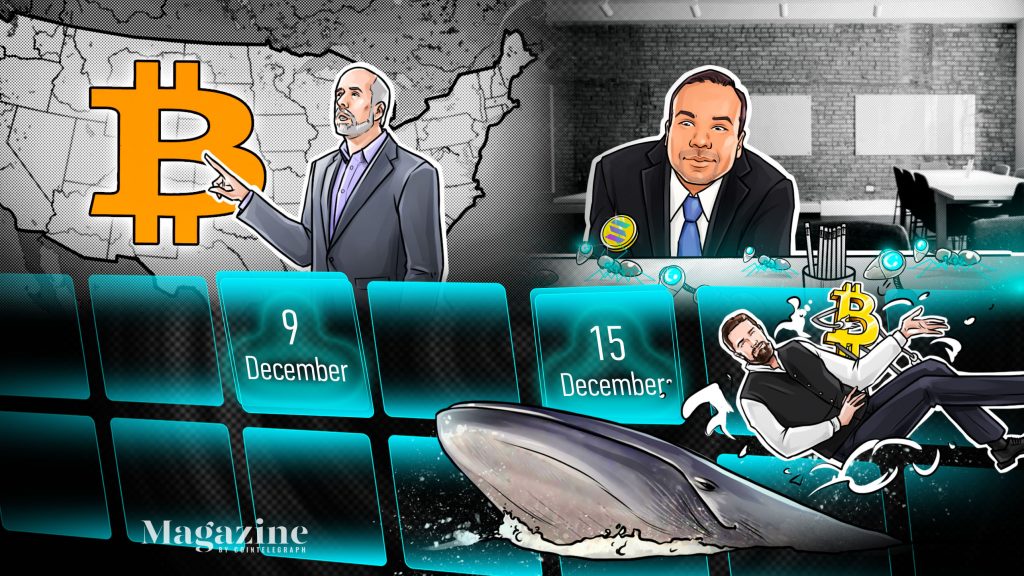 NFT and virtual property-focused firm Animoca Brands secured $358 million worth of funding earlier this week at a valuation of $5 billion.

The company said the fresh funds will go towards financing strategic acquisitions and investments, product development, and IP accumulation. The firm has gone from strength to strength over the past 12 months, raising more than $216 million in 2021, while its valuation has more than doubled since its previous capital raise in October.

A key area of focus for Animoca is GameFi, with the firm pointing to research suggesting that the video gaming sector will grow to around $829 billion by 2028. The firm is also invested heavily in the virtual property and Metaverse space, with The Sandbox metaverse being one of its prime jewels.

It is unclear what sparked the sharp price dip and whether it is purely crypto-related or a symptom of a larger trend across the traditional financial market. However, it is quite certain that, while BTC and other assets are down, crypto influencers will be flocking to Twitter to cheesily ask their followers if they have “bought the dip yet?” like they do every single time the markets are in the red.

One potential reason for Bitcoin’s downfall could be that bears are trying to tank the price so that they hit their targets before their futures contracts expire. The InvesetAnswers Twitter account, which has over 85,000 followers, suggested that bears “need #Bitcoin under $41,000 to pocket $132 million in gains” by Friday.

While the crypto market may have cooled in January, it appears that the NFT sector is booming with countless investors who are aping into tokenized collectibles, among other things.

It was reported on Monday that top NFT marketplace OpenSea had reached a new all-time high in terms of monthly volume after it topped $3.5 billion. At the time of writing, the figure stands at a whopping $4.3 billion, suggesting an average daily volume of around $204 million in January so far.

Reports surfaced at the start of this week regarding a crafty 22-year-old college student from Indonesia who made around $1 million selling NFTs depicting five years’ worth of selfies.

Semarang-based computer science student Sultan Gustaf Al Ghozali converted and sold nearly 1,000 selfie images as NFTs on OpenSea. According to Ghozali, he took photos of himself, either standing or sitting in front of his PC for five years, as a way to look back on his journey to graduation.

He set the initial price for each NFT selfie at $3 without expecting interest from serious buyers, but the project exploded in popularity on the back of support from prominent members of Crypto Twitter.

Microsoft announced on Tuesday that it is acquiring gaming giant Activision Blizzard for $95 per share at a valuation of $68.7 billion, with the deal slated to close in the 2023 fiscal year.

Activision Blizzard boasts a strong list of iconic gaming series such as Call of Duty, Overwatch and World of Warcraft. Activision titles will be added to Microsoft’s Xbox and PC Game Pass service.

Microsoft noted that the acquisition will help the company provide the “building blocks for the Metaverse.” CEO and chairman Satya Nadella explained:

Gaming is the most dynamic and exciting category in entertainment across all platforms today and will play a key role in the development of metaverse platforms.

Among the biggest 100 cryptocurrencies, the top two altcoin gainers of the week are Perpetual Protocol (PERP) at 3.62% and BitTorrent (BTT) at 2.04%.

Most crypto assets currently use distributed ledger technology (DLT), it might be that this changes as the technology and industry evolve. Therefore, the government proposes to remove the reference to DLT from the definition of qualifying crypto assets.”

After doing a lot of research on Bitcoin, I really believe it is the future of money, man. Bitcoin is valuable, secure, and no one can mess with it.

Bitcoin 90-day correlation to the S&P 500 is currently at its highest since October 2020.

Bitcoin is in a unique phase, I think, of transitioning from a risk-on to risk-off global digital store of value, replacing gold and becoming global collateral. So, I think that’s going to be happening this year.

“To date, the DeFi space has been used primarily for speculative activities. Users invest, borrow and trade crypto assets in a largely unregulated environment. The absence of controls such as Know Your Customer (KYC) and Anti-Money Laundering rules, might well be one important factor in DeFi’s growth.”

We made the move to the corporate balance sheet on a Bitcoin-standard back in August of 2020, and since then, we’re up more than 300 percent on our initial investment. […] It’s really done its job of protecting us against inflation and it worked as we intended it to.

While most tend to focus on high-profile ransomware attacks against big corporations and government agencies, cybercriminals are using less sophisticated types of malware to steal millions in cryptocurrency from individual holders.

We’re not sellers. […] We’re only acquiring and holding Bitcoin, right? That’s our strategy.

The reason why regulators have to limit advertising is probably because of such high demand. Most of our users come from word of mouth anyway. […] So, I don’t think it’s going to have a huge impact.

Nations to adopt Bitcoin, crypto users to reach 1B by 2023: Report

After trading sideways for most of the week, Bitcoin’s price nosedived on Thursday and continued lower on Friday. BTC dropped from $43,596 down to $38,251 inside of Thursday, according to Cointelegraph’s BTC price index, before reaching new six-month lows on Saturday. January has largely been a downward and sideways month for Bitcoin’s price action, which is not unlike its historical price performance during the month.

One report Cointelegraph covered this week, however, sees potential for further crypto adoption in 2022. Digital currency exchange Crypto.com produced a report showing a large uptick in crypto industry participants in 2021. According to the firm, there were 295 million crypto owners at the end of 2021, up from 106 million in the first month of the year. Crypto.com believes crypto ownership could surpass 1 billion this year.

“Nations can no longer afford to ignore the growing push towards crypto by the public,” the report said.

Crypto.com revealed details about its security breach that resulted in the loss of roughly $33.8 million worth of digital assets on Monday. The firm initially halted withdrawals on the platform and revoked all customer two-factor authentication (2FA) tokens after spotting “unauthorized activity on a small number of user accounts.”

The firm stated that it has now implemented an additional layer of protection in which a new whitelisted withdrawal address must be registered within 24 hours before the first withdrawal. It is unclear if that solution will soothe the users who had their funds drained already.

The Monetary Authority of Singapore (MAS) issued a new set of guidelines on Monday for digital payment token (DPT) providers, barring them from marketing their services in public places, such as on public transportation, social media platforms and broadcast and print media.

MAS also warned the public of the high-risk nature of crypto assets as it introduced new guidelines that will apply to all registered crypto service providers as well as those that are in a transitional period. The guidelines stipulated:

In a recent interview, European Securities and Markets Authority vice chair Erik Thedéen raised concerns over the growing use of renewable energy in Bitcoin mining.

Thedéen asserted that Bitcoin mining has become a “national issue” and sounded the alarm over crypto potentially undermining climate change goals. He specifically took aim at proof-of-work (PoW) mining, which is primarily used by Bitcoin and a few other forked altcoins.

He advocated for proof-of-stake (PoS) as a better, energy-efficient alternative, with some commentators suggesting that he could be a secret Ether bull waiting for the rollout of Eth2 later this year. (As a refresh: Eth2 will transition the Ethereum network from PoW to PoS.)

“We need to have a discussion about shifting the industry to a more efficient technology,” he said.

Before investing your valuable resources, you should assess blockchain projects based on various factors, including community, use case, the team and longevity, among other factors.

Early birds: US legislators invested in crypto and their digital asset politics

United States lawmakers remain underinvested in crypto, but this is likely to change in 2022.

MiamiCoin has now raised $24.7 million… but who will benefit?

CityCoins presented an overview of MiamiCoin technology on the third day of The North American Bitcoin Conference in Miami, Florida. 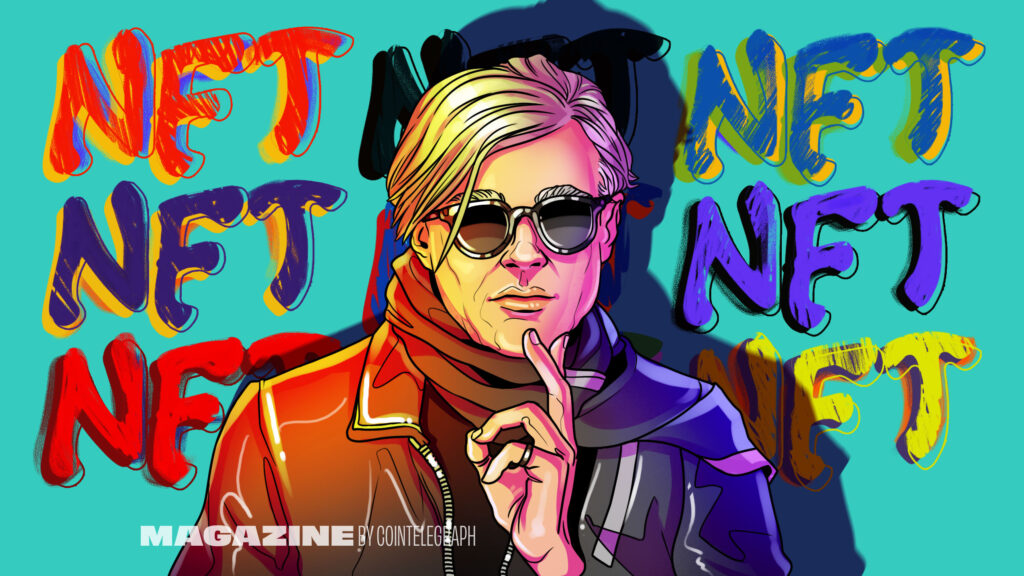 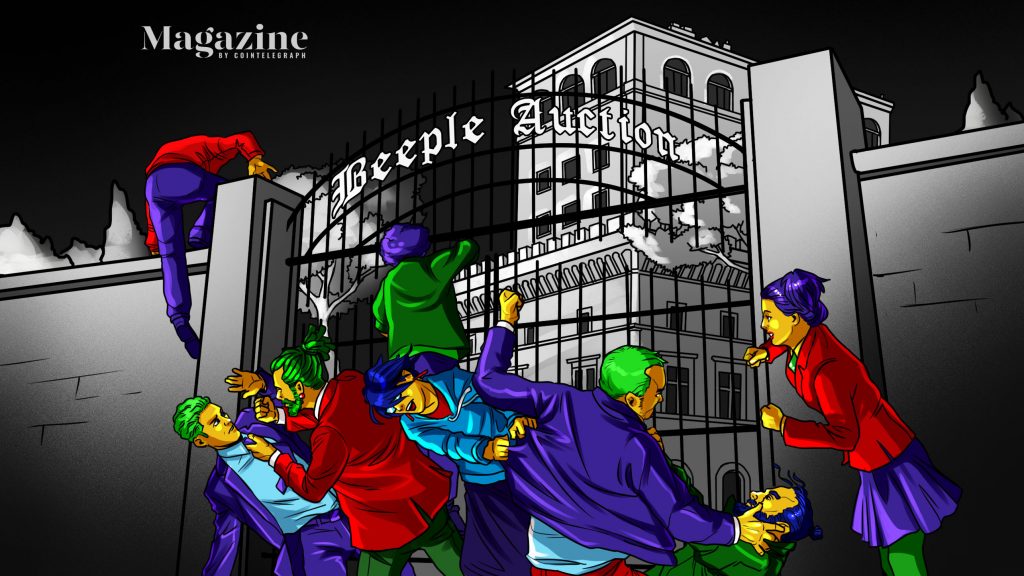