"If the "real world" economy is run by centralized authorities who can change and adapt monetary policy on a whim outside public opinion or scrutiny, current video game economies are a microcosm of this behavior." 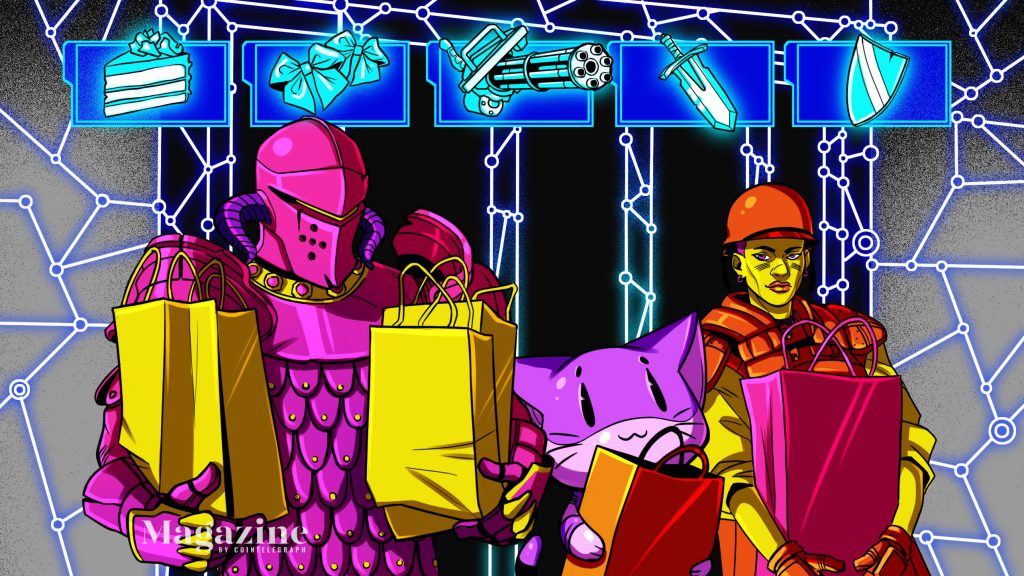 Many of the builders and investors in the blockchain space believe that the most compelling route to attracting users to the burgeoning crypto-economy is not upending the global financial order but something with significantly lesser stakes: gaming.

And this reasoning makes sense. Both video games and cryptocurrencies feature virtual economies running on a shared set of rules, with a user base that tends to be technically-savvy.

In theory, there should be less friction for blockchain’s penetration into the gaming market, but in practice, serious adoption and traction is not yet evident.

So what is the promise of blockchain in gaming?

Is it the opportunity to trade items? Or are there deeper implications for unlocking value in virtual worlds shared by hundreds of millions of players?

Digital ownership in the gaming economy

While gamers have traded virtual assets for years, from Second Life’s real estate and World of Warcraft’s gold, to Dota and Fortnite’s cosmetic character skins, these virtual economies have thus far operated almost exclusively within closed, centralized marketplaces that prohibit players from exchanging with fiat currencies — or even between games.

Players have tried to circumvent this time and time again, resulting in jerry-rigged, untrustworthy markets subject to failure and fraud.

Blockchain-powered gaming can break open these marketplaces so players can freely exchange and earn real value from their work and skill without relying on third parties.

Before delving into the blockchain side of things, let’s first outline the two core virtual properties of interest in the gaming space:

Overseeing these virtual economies are the video game developers who have complete control of their game world’s monetary policy and inventory database. After all, they dictate and enforce the rules of the game.

Does this sound familiar?

If the “real world” economy is run by centralized authorities who can change and adapt monetary policy on a whim outside public opinion or scrutiny, current video game economies are a microcosm of this behavior.

Blockchain provides a decentralized, yet secure, system for recording virtual property rights. In gaming, these properties can fall under the above categories of currencies and in-game items.

Imagine if Fortnite, arguably the most profitable video game of all time (bringing in over a billion dollars of revenue in its first ten months alone) was not a closed loop system but an open, democratic marketplace. V-Bucks could have an exchange rate with fiat currencies (perhaps 1:1 for ease of use), which would allow gamers to exchange their rare skins effectively for actual cash. Players could share in the value generated within the game economy and perhaps even sustain an ongoing revenue stream, all the while participating in the governance and decision-making as the game evolves. (Chris Gonsalves of ConsenSys expanded on this concept in yesterday’s NFT Week article.)

While there are both regulatory and technical hurdles to building such a system, blockchain provides a compelling solution to the latter.

One of the most popular use cases discussed in blockchain gaming is the tokenization of in-game assets in the form of non-fungible tokens (NFTs). Basically, NFTs are unique digital assets that can represent ownership of anything from an enchanted sword in an MMORPG, to a rare trading card or a collectible virtual cat. They facilitate digital ownership of unique or limited goods.

The following are examples of blockchain games that use NFTs:

Some of these titles have analogs in popular franchises like Pokémon and Magic the Gathering, in which collecting a rare card or creature is core to the game design. This is one way that blockchain gaming is attempting to secure adoption: bringing true digital ownership to familiar gaming experiences. But where’s the hook? Why should a player give these games any mind?

NFTs and cryptocurrencies within video game economies unlock new game design mechanics that allow players to earn real value from their skill. This is known as “Play2Earn” in blockchain gaming circles. Rather than companies creating their own dopamine-slot machine-casinos within their titles, they can build or opt into systems which reward skill and progression with real value, rather than siphon every cent they can from players through exploitative design.

A peculiar aspect of blockchain games is that the majority of them are built on open protocols which allow a degree of composability and interoperability between games and applications rarely seen in traditional game design.

So what happens when game developers can freely connect or build upon existing virtual economies?

Gaming in the Metaverse

In the blockchain gaming space there is a Russian doll-like approach to layering new games or experiences on top of one another, resulting in a highly experimental and radical approach to game design.

The Metaverse, the concept of a shared virtual world introduced in Neal Stephenson’s influential cyberpunk novel Snow Crash, is a popular and useful framework that developers in blockchain gaming refer to frequently. Essentially, it is blockchain gaming’s North Star.

An example of a metaverse game live right now is Codename: Metaboss, an “idle” MMORPG in which players across multiple factions battle each other in weekly Showdowns with armies of NFTs pulled from other games or applications, such as the blockchain games listed above. The game also features three other virtual assets: FRAGS, a “soft currency” which is awarded to new entrants and victorious factions to be used in later Showdowns, CHERRY, an in-game currency which is used to trade NFTs, and Trophies, exclusive NFTs awarded to the winning team each week.

“Part strategy game and part collaborative storytelling” according to its website, Metaboss showcases the Lego-like, combinatorial possibility of NFT-integrated game mechanics that allow virtual worlds to cross over and interact with one another.

Metaverse game mechanics may seem like nothing more than an odd experiment in a small corner of the video game industry, but this evolution closely echoes the patterns and ethos of open-source software development which produced Linux, as well as cryptocurrency itself.

The rise of Decentralized Autonomous Guilds

So far we have covered how blockchain can introduce new forms of virtual economies and game experiences. But there is one use case of blockchain in gaming that is perhaps less rooted in creating analogs to the physical world, and that opens gateways to entirely new gaming experiences. The advent of decentralized autonomous organizations (DAOs).

DAOs are virtual organizations which allow like-minded individuals to pursue shared goals with a secure means of allocating resources and making decisions. What makes DAOs different from a traditional company working through a Slack group is the emphasis on hard-coded incentive structures that create “skin in the game.” Basically, an individual’s reputation, or in some cases money, is tied to their decisions within the organization, thus theoretically weeding out bad actors and inefficient hierarchies.

With the emergence of online gaming in the nineties, particularly MMO-RPGs, gamers quickly built social structures within these virtual worlds, forming “guilds,” “clans,” and other communities to coordinate around shared goals (“quests”) and share in the spoils of victory (“loot”). See also the phenomenon of MMORPG “raids” in which guilds battle one another for status and resources.

Blockchain-based DAOs are similar in that they are decentralized social structures mediated through technology: but with the added dimension of having their own assets and accounting systems. Like video games, they operate mostly in virtual space with a set of rules, often with immense value transacted within them. They also tend to be very meritocratic in their design.

An example of a DAO operating directly in the context of video games is Metaclan, a crypto-native esports DAO which seeks to drive adoption of blockchain gaming by showcasing the Play2Earn mechanics of various games in the form of “quests.” Each quest is created in partnership with gaming studios to reward new gamers and Metaclan members with cryptocurrency and NFT rewards. Metaclan’s first quest was built in partnership with Axie Infinity, an NFT-based, Pokémon-like game with collectible monsters that can be bred, battled, and traded in the open market.

Metaclan features a cryptocurrency and NFT bank called the War Chest, which members can access to outfit themselves with high-quality NFT game items, go on “raids” across games, and return to the guild with the spoils of victory.

If we examine Metaclan’s construction further, we’ll find that video game culture is heavily subsumed into this particular space of the blockchain industry.

Metaclan is built on the open-source code of Moloch, a DAO for funding protocol development of the Ethereum blockchain which, in turn, powers most of the decentralized applications and games in the space.

In Moloch, members with shares can propose funding for new tasks or ventures and the community can vote on whether or not to allocate funds from the “guild bank.” If a member disagrees with the collective decision-making of the group, he or she can “ragequit,” in gaming parlance, and instantly liquidate any shares they hold and leave the DAO.

The seed funding for Metaclan was sourced by another Moloch-based DAO, Metacartel, which is focused on funding consumer-facing applications built on Ethereum, including games.

The individuals who instantiate a Moloch-based DAO are often referred to as “summoners.”

The integration and development of Play2Earn game design, seamless cross-game interoperability, and decentralized coordination and funding through virtual guilds are still in the very early days of experimentation. There are many regulatory and technical hurdles to mainstream adoption, from uncertainty around virtual currency legislation to a general user experience notoriously wrought with friction.

It is still early days in blockchain gaming. However, if the user experience can become more accessible to the layperson and the games themselves can become compelling experiences on par with traditional video games, it could prove to be the killer app for crypto .

Can blockchain meaningfully democratize the games industry for fun and profit?

Tune in, play, and see for yourself. 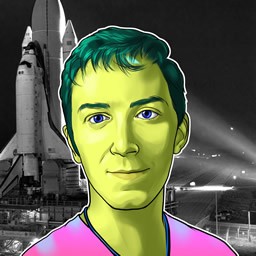 Garrison has contributed to a range of blockchain ventures in verticals ranging from the creative industries, journalism, crowdfunding, legal-tech, to energy. As a writer, storyteller, and researcher steeped in tech, he has an enduring interest in how stories and systems create our world and affect the quality of life for everyone in it. His motto: “ars longa, vita brevis.” Art lasts, but life is short.
Most popular
Features