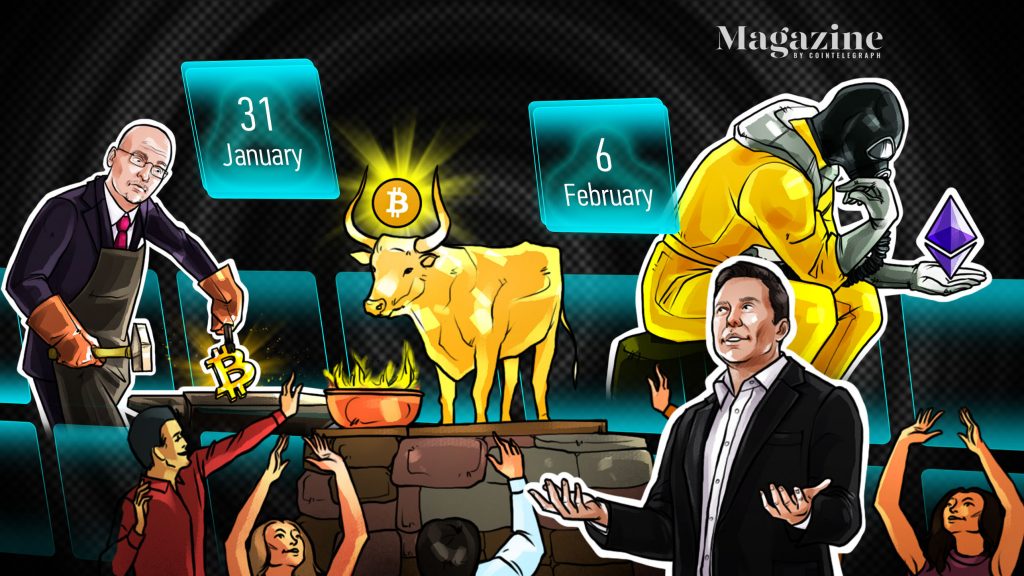 Bitcoin is showing signs of a newfound rally after breaking the $40,000 resistance area, fueling hope that we might be about to see a new all-time high.

It’ll be critical for Bitcoin to stay above this level in the foreseeable future. The uptick came days after MicroStrategy pitched Bitcoin to more than 1,400 companies.

This is the first time that Bitcoin has surged above $40,000 for 23 days, but this time around, market sentiment is a lot calmer, and the derivatives market isn’t as overheated.

Some institutions have used this week’s surge to take some money off the table, with Ruffer Investment booking $650 million in profits after doubling its cash in just two months.

ETH has been building on recent all-time highs this week, climbing ever closer to $2,000.

The record high came off the back of intense trading interest in DeFi coins, many of which use the Ethereum network as their basis. Anticipation has also been building over the launch of Ether futures from CME Group.

There’s just one problem: Gas fees are rising. At one point this week, transaction costs surged so high that some exchanges were forced to halt withdrawals altogether.

Amid fears this could affect the smooth running of DeFi protocols, Blockstream developer Grubles warned: “This is a legit crisis. Going to have to stock up on popcorn to see how Ethereum digs its way out of this.”

To an extent, the surge in crypto prices could be attributed to Elon Musk. For reasons beyond understanding, the world’s richest man is obsessed with Dogecoin.

The Tesla CEO raised eyebrows this week when he shared a doctored photo of himself masquerading as Rafiki from The Lion King, with a shiba inu superimposed onto Simba’s face in the famous scene where the lion cub is held aloft on Pride Rock.

Musk helped DOGE surge this week, but remarks he made on Bitcoin during a Clubhouse discussion failed to have as much of an impact as last Friday when BTC leaped up by thousands of dollars because Musk added #bitcoin to his Twitter bio.

During the Clubhouse chat, the billionaire was quoted as saying: “I am late to the party but I am a supporter of Bitcoin.”

New research this week examined six times when Musk had tweeted about BTC or DOGE, finding that his remarks caused price surges and a “significant increase” in trading volumes.

But the paper from Blockchain Research Lab warned: “While Musk’s behavior and communication can be deemed positive or funny in nature (and therefore arguably uncritical), similar research has already revealed that negative tweets can also have a negative impact on financial returns.”

XRP was the subject of a trading frenzy last week, enjoying an 86% breakout after becoming the new coin of focus in r/Satoshistreetbets, a spin-off of r/Wallstreetbets.

The pump came despite the fact that XRP’s legal woes have shown no sign of going away, with the SEC set to face off against Ripple later this month.

Telegram and Discord chats had encouraged people to buy XRP en masse on Feb.1 at 8.30 am ET, but as you might expect, the pump ended in tears. Within two hours, the altcoin crashed by almost 50%… burning new investors in the process.

Cointelegraph Markets contributor Keith Wareing tweeted: “Even though the $XRP army get aggressive when you warn them about the escrow shaped elephant in the room, I still can’t help but feel sorry for those that bought at 0.75c today. X R (I)P.”

PayPal has revealed that its crypto trading service has “exceeded expectations” since its limited launch in the United States.

The payments giant is now set to double down on crypto, blockchain and digital currencies in 2021, with “significant” investment in a new unit. According to the company, those who bought Bitcoin ended up logging in twice as much as they did before.

Following on from the “exceptional response,” CEO Dan Schulman said that crypto will be offered as a funding source when users shop at any of PayPal’s 29 million merchants later this quarter, and an “extensive roadmap” of new services is going to follow.

In November, PayPal took a major step toward the adoption of digital assets by allowing its U.S. users to purchase crypto directly through the app. Customers based in the United States are limited to trading $20,000 per week. Since that time, crypto trading volume on the platform has reached record highs, peaking at $242 million in transactions on Jan. 11.

After a record-breaking year in 2020 that saw it jump more than 300%, Bitcoin looks to stay strong in 2021 as more retail — and big-name institutional buyers — enter the market.

While Musk’s behavior and communication can be deemed positive or funny in nature (and therefore arguably uncritical), similar research has already revealed that negative tweets can also have a negative impact on financial returns.

If a single tweet can potentially lead to an increase of $111 billion in Bitcoin’s market capitalization, a different tweet could also wipe out a similar value.

We also saw an exceptional response from our crypto launch […] The volume of crypto traded on our platform greatly exceeded our expectations.

The economic environment for Bitcoin right now could not be better.

Even though the $XRP army get aggressive when you warn them about the escrow shaped elephant in the room, I still can’t help but feel sorry for those that bought at 0.75c today. X R (I)P.

With renewed optimism around how Bitcoin is performing, the inevitable question is this: How long will the bull run last?

He said: “This is where we get ongoing, dizzying rotation. BTC up, then when BTC takes a breather, ETH and some large caps (and in this regime, DeFi blue chips), then small caps, rinse and repeat. Of course, throw in some 30-60% retracements for fun.”

In terms of how Bitcoin will perform, Paul added: “Price wise — my guess is BTC ends the bull run between $100k-$400k and alts do better.”

Scott Minerd’s apparent shift from bullish to bearish and back again on either side of an SEC filing related to a $500-million investment in BTC has been raising eyebrows on social media.

The Guggenheim CIO had hit the headlines after claiming that BTC would see a “full retracement back towards the $20,000 level” — later adding there wasn’t enough institutional support to warrant a price above $30,000.

Days later, Minerd claimed Bitcoin has the potential to reach $600,000 in the long run based on its scarcity and the value of gold.

Some on Twitter were not impressed. Economist Alex Krüger wrote: “Remember Guggenheim wants you to sell #bitcoin so they may buy lower. Been trying to scare the market into thinking price will crash to $20,000, even though they think it’s worth $400,000.”

It’s been quite a week from Robinhood, the stock trading app that’s continuing to reel from the backlash it suffered after restricting trading in GameStop.

A class-action lawsuit has been filed that the drastic move denied customers a chance to profit from volatility in GME shares — manipulating the course of the stocks.

Meanwhile, some reports suggested that Robinhood was planning on postponing its planned IPO as it tries to focus on tackling the PR disaster. Other outlets have cast doubt on this, saying a stock market debut is going ahead as intended.

It’s also been claimed that Robinhood’s CEO, Vlad Tenev, is going to testify before the U.S. House Financial Services Committee over the firm’s role in recent volatility.

Robinhood, the stock trading app formerly popular with millennials, is facing another class-action suit, following its recent temporary suspension of purchases of GameStop and other “meme-stocks” through its platform.

A member of staff at a Polish crypto and gold exchange has been placed into an induced coma after an armed attack.

The offices of FlyingAtom, in the city of Olsztyn, were targeted on Jan. 22. The masked attacker managed to escape with gold worth approximately $120,000.

A suspect was subsequently detained in connection with the incident, with the exchange thanking the police for their help.

Time to shine? Crypto should be given a chance after GameStop drama

The GameStop pump may lead a number of amateur investors to finally learn about DeFi and the advantages it puts forth.

Going feeless is the only way to enable blockchain adoption

Feeless transactions can play a role in enabling DeFi, allowing the sector to further develop and grow in importance.

r/Wallstreetbets vs. Wall Street: A prelude to DeFi bursting onto the scene?

Was stock trading app Robinhood the villain in the GameStop saga? “In a decentralized trading market, no one would have that power.” 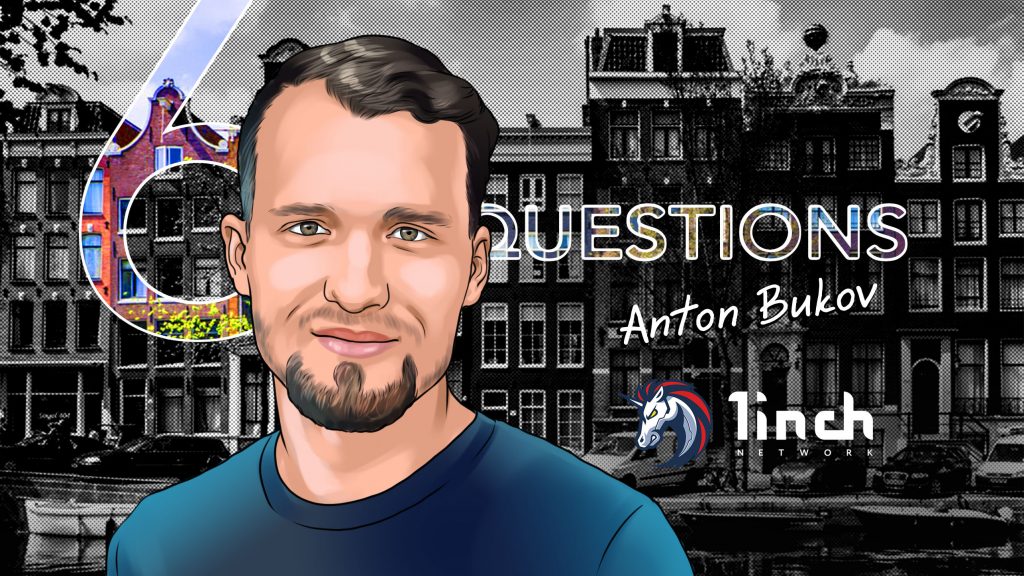 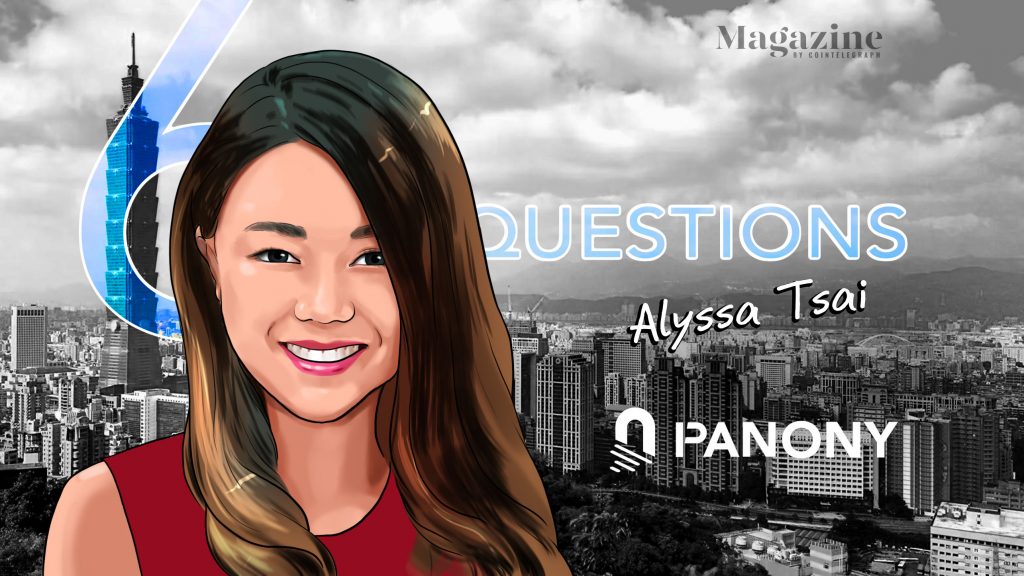 6 Questions for Alyssa Tsai of Panony