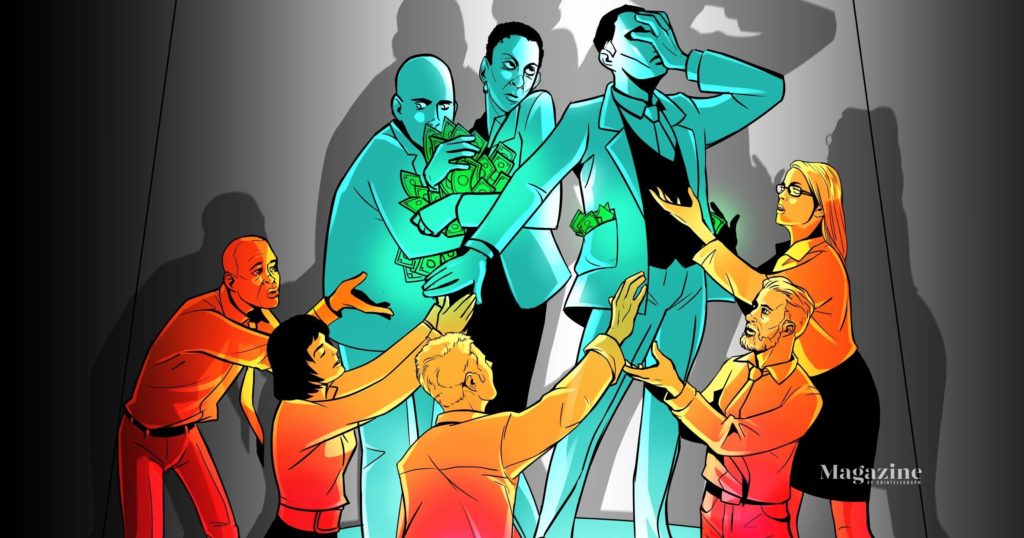 As entrepreneurs look to take cryptocurrency mainstream, they’re copying a tried-and-trusted approach from traditional investing: indexing. Index investing is designed to generate returns that are similar to a broad market index. This approach can reduce the risk of picking individual assets that might underperform the broad market. So, in the case of an equity index, instead of picking, say, Exxon, Apple, Johnson & Johnson and Ford, you invest in the broad market.

Several new crypto index products have launched recently, offering investors new avenues into the market without some of the risks associated with putting money into single blockchain projects.

Crypto indexers take their cues from broad stock market index funds, such as those based on the S&P 500 Index. An investor does not have to know every detail about the changing public tastes in the ever-burgeoning soft drink market or the corporate strategy of Coca-Cola or Pepsi — or any other market or company — to invest in the S&P 500 index fund. An investment in an S&P 500 Index fund will give the investor broad market exposure.

The simplicity and ease of investing in stock and bond indexes helped create the enormous $19.4 trillion market represented by U.S. mutual funds and exchange-traded funds (ETFs) tracked by Morningstar.

“We’re trying to be the BlackRock of crypto,” says Hunter Horsley, CEO of San Francisco-based Bitwise Asset Management, which pioneered crypto index investing in 2017. BlackRock is the world’s largest asset manager and also the largest provider of ETFs through its iShares division.

Bitwise has an application before the U.S. Securities and Exchange Commission (SEC) for approval for a Bitcoin ETF based on its Bitcoin 10 Private Index Fund, which is available to U.S. accredited investors through financial advisers and requires a $25,000 minimum investment.

The Bitwise 10 Private Index Fund soared 45% in the early months following its launch, as the price of Bitcoin rose, bringing in 500 investors. Later, it sank and remained low during the crypto winter, then began to regain value over the summer and now has 600 investors. “In crypto it’s always two steps forward, one step back. It’s a tumultuous space,” Horsley said.

Bitwise reports that the fund is up 750% since its start date of Jan. 1, 2017, but declined to reveal the value of all the assets in the fund.

The crypto index fund products are growing in sophistication. For example, you can invest as little as $10 with Circle Invest’s The Market and own a piece of each of the 13 crypto coins traded by Circle, which operates a trading platform where individuals and institutions can buy and trade crypto assets. In theory, this simplifies investing in crypto and diversifies the risk across top-traded assets. A few months after its success with its first index offering, Circle added three new options as part of its Collections of crypto baskets.

Index entrepreneurs are undeterred that no crypto asset fund or index fund has secured approval by the SEC. They also seem undaunted by what appear to be relatively small customer ranks at present.

Chris Reinertsen, founder of Cerus, a crypto trading platform, admits that it’s hard to say if the new products and ideas are gaining traction. In spite of renewed enthusiasm among index providers, many investors remain skittish. “The market is still very much in its infancy,” he said.

These new approaches have potential, according to Reinertsen. “The average investor does not want to deal with all the complications associated with digital. They don’t want to manage keys or set up wallets.” To the extent innovators are successful in making it easier to access and invest in digital assets, “it can be the key that can finally gives crypto some traction.”

Innovators are offering crypto indexes as managed trading strategy software that can buy, hold and rebalance a basket of crypto assets for the investor. This allows investors to purchase market-cap weighted baskets of crypto assets in jurisdictions where the trading of crypto has gained approval.

Typically, money invested in an index fund is parceled out or allocated by the fund managers using a formula based on market cap. Each share’s allocation is calculated from its market cap as a portion of the overall market cap of all the stocks in the index. Over time as price changes increase or decrease, the amount of money invested in each share shifts. To rebalance, the allocations to stocks are adjusted to bring each stock back in line with the allocation formula.

Despite rising optimism in the ranks of the index providers, there is some skepticism about the whole premise of crypto indexes. “Indexing and balancing crypto assets is combining two things that don’t go together,” says Gil Luria, director of research at financial services firm D.A. Davidson.

With stocks, bonds and real estate, indexing diversifies risk. Rebalancing brings exposures back into balance. Neither of these ideas translates well to technology in general or crypto assets in particular, according to Luria.

Luria believes there are very few crypto assets that have shown any ability to be commercially viable. “If you buy a successful one alongside all the other ones, most of the crypto assets are going to be valueless,” he said. “The increasing value of one or a handful of crypto assets will not be enough to offset that.”

The Snowball mobile app quietly went public on July 27 with four crypto index products. One offers access to the broad crypto market, while two products focus on the top 10 and top 5 crypto assets respectively. The fourth includes 10 crypto assets traded in U.S. dollars. While residents of 33 U.S. states can invest in Snowball’s indexes, they are not yet available in the remaining 17 states — including New York, Pennsylvania, Illinois, Texas, Wisconsin and Oregon. Gujral declined to say how many investors have signed up so far.

Gujral stressed that Snowball is a SEC-registered investment adviser firm and that its four options are “professionally curated indexes.” He told Cointelegraph that its options are modeled after other established crypto indexes with at least $10 million in assets under management.

Panda Analytics has a different approach. The New York company’s “software as a fund” tool allows investors to create their own index, according to its founder and CEO, Bill Xing. Start-up funding for the project was provided by angel investor Vladimir Jelisavcic, a director and incubator at Panda who co-authored a blog with Xing on the automation of crypto portfolios.

Since going live in March, Panda has attracted 420 users. Clients have accumulated more than $100,000 in assets linked through Panda’s software, according to Xing.

Even with the additional labor of the do-it-yourself approach, Xing claims Panda makes it easier to invest in crypto. “You don’t need to do very much to own and manage your index,” he said. “That’s why it’s appealing to people who don’t want to spend time in the space.”

Panda clients hold their assets in their own wallets but must transfer them to an exchange to trade. Afterward, the assets are returned to their wallets.

CoinCube, based in Brooklyn, New York, began the design of its investment platform for index investing as part of the Kickstart Accelerator program in Zug, Switzerland in 2017. Unfortunately, when it rolled out its platform, the trading engine was not built to easily scale up trading volume, according to CEO Robert Allen. “We couldn’t onboard users. We couldn’t handle the traders,” he said.

CoinCube now has 300 to 400 users but only 50 to 100 are paying customers, according to Allen. There are three service levels: tracking (which is free), index investing and “Centaur mode,” a portfolio management and rebalancing tool that can be set at any interval, from hourly to monthly.

Allen initially catered to everyday retail investors, but now focuses primarily on accredited and institutional clients. The former group had too much tolerance for risky assets. “They buy as many shitcoins as they can in hopes one or two go parabolic and they can cash in on that,” he said, talking about traders with a penchant for buying riskier coins with low value. “Unfortunately, that doesn’t work all the time.”

Allen wants to build in a multi-asset wallet and to facilitate “atomic swaps,” which allow users and exchanges to trade without leaving a user’s crypto assets sitting on an exchange. “The trade is settled to you. There’s no risk of you being robbed or losing your funds,” he said. Allen’s concern about security is heightened by the fact that a six-figure amount of his own Bitcoin was hacked.

Crypto index investing has potential, but caution — as ever in crypto — is in order. There have been some dramatic flops. On July 19, crypto exchange trading powerhouse Coinbase suddenly ditched its Coinbase Bundle index product without explanation. Coinbase’s Bundle mobile app was launched in the fall of 2018 to reach the mass retail market. Investors could invest in a six-crypto index with as little as $25.

Eric Conner, founder of Ethhub.io, trashed the idea in a tweet when Coinbase first offered it. “The @coinbase bundle seems like a lazy product. Weighting off current market cap makes little sense. Should just let the buyer decide their weights,” he stated. Crypto Briefing first spotted the vanishing bundle on July 4 and tagged a Coinbase FAQ as its source: “Coinbase Bundle purchases have been deprecated, as such all assets purchased in the bundle have been redistributed to their respective individual asset wallets.”

The fact that indexing is moving from the institutional side to the retail side is “a pretty good indicator that it’s starting to mature” as an asset class, says Reinertsen, the Cerus founder. Still, the perpetual issue of high volatility among crypto assets remains an obstacle.

“It’s hard for crypto index funds to stay afloat in tumultuous times,” Reinertsen said. “With traditional index funds that’s not something we see.” 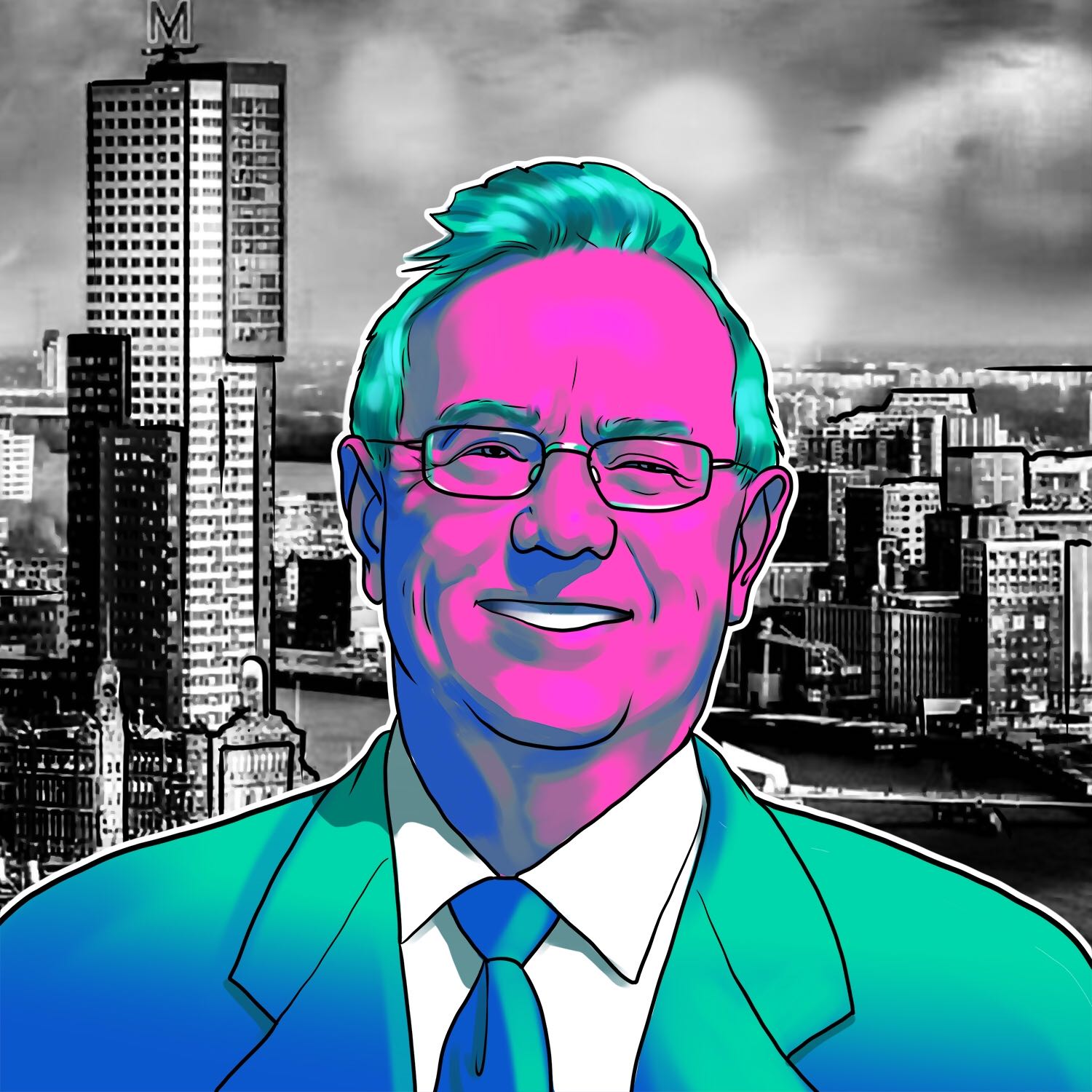 Robert Stowe England is financial journalist and author who writes about Wall Street, investing, the economy, financial institutions, and cryptocurrencies.
Most popular
Features