Airdrops can be an effective tool for galvanizing new users and building communities. 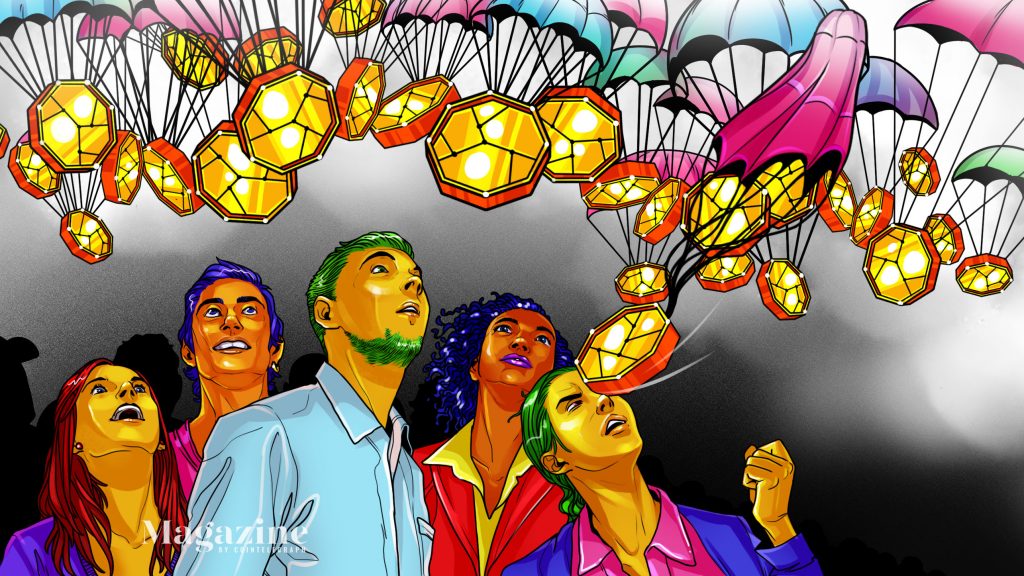 Recent research shows that decentralized exchanges that distribute tokens via airdrops see a big boost in user numbers and transactions. But, is building communities this way just crypto’s version of printing money?

Airdrops — the disbursal of free tokens to early users as a way of rewarding and building momentum — have been around for years but came to prominence thanks to Uniswap’s retroactive largesse in 2020. Nearly anyone who’d used the exchange before a certain date was gifted 400 UNI tokens and those who held their tokens saw a substantial increase.

But, as the market became more mature and more people entered the space, the use cases for airdrops have become more complex. For example, LooksRare more recently sought to siphon off some of OpenSea’s user base by airdropping tokens to new users but with two key rules: They had to have bought or sold a minimum of 3 ETH of NFTs on OpenSea and would need to contribute a new NFT to the LooksRare marketplace.

There have also been notable bad airdrop examples, ranging from a lack of liquidity for Fees.wtf to phishing expeditions whereby recipients of the airdrop are baited into connecting their wallets to a malicious site.

The question for builders is: Are airdrops effective tools for galvanizing new users and building communities?

Unless you’re an already established exchange or NFT project, attracting new users is very difficult and handing out free tokens is one way to do it. In the DeFi and DAO space, tokens often come with governance rights that confer the authority to vote on the protocol’s development so airdrops can create both value and skin in the game.

But, how do you avoid devaluing the token and attracting a large group of freeloaders with no interest in contributing apart from receiving the airdrop?

If you do it right, instead of just attracting attention, airdrops can be an effective vehicle for building community. They can reward loyal users and generate buzz and momentum in the market. Many exchanges are simply looking for relevance and traction in decentralized communities. Having something to talk about is a way to stay relevant and build value for the audience.

That’s what Gary Vaynerchuk, chair of VaynerX and creator of VeeFriends, did in 2021 when he announced that every customer who bought 12 print copies of his new leadership book— about twelve essential emotional skills that are integral to his life —would also receive one mystery NFT through an airdrop to their digital wallets. While the book was interesting on its own, the novelty of a mystery NFT coupled with the success and appreciation of his even earlier VeeFriends NFTscreated a significant splash and demand.

In fact, Vaynerchuk received over a million pre-orders of the book within a 24-hour period.

Are there scams with airdrops? Scams are inevitable, especially with new technologies and markets where it is harder for new users to cut through the noise.

That means that the more important question is not whether all airdrops are scams, but rather how to work out which airdrops come from meaningful and high-impact projects. Especially for public-facing personalities, like Vaynerchuk, who make their business around legacy and reputation, even a whiff of a scam — or simply failing to deliver value — has costs.

“When a startup fails in Web3, the audience loses money. I don’t know how to run around the earth when the audience has lost money and think that I can do business again,” Vaynerchuk tells Magazine. In other words, if customers who ordered 12 print copies never ended up receiving an NFT or were underwhelmed by the experience, then there would be consequences on Vaynerchuk’s reputation in the marketplace. Indeed, most, if not all, of the customers who bought 12 print copies were doing so to get the NFT, not for the 12 copies.

Reputational effects are sometimes easy to forget in new projects. It’s so easy to get caught up in being busy and dealing with problems that certain commitments can slip by.

However, small projects can attract serious attention if they excite people about their growth, build a community along with a set of common principles and then execute on what they’ve said.

“Value accrues to the community as more people become interested,” Justin “3LAU” Blau tells Magazine. He is, of course, the famed American DJ and co-founder and CEO of the Royal platform with the tagline: “Own music and earn royalties alongside artists.” Since airdrops are one way to accelerate community development, particularly early on, they can be incredibly strategic when done right.

3LAU has been especially effective in leveraging airdrops with music NFTs.

Shortly after co-founding Royal, which has flipped the business model in the music sector by allowing fans to journey with artists by having rights to future royalties, he announced a surprise airdrop of his latest track “Worst Case” to the 333 users who provided the most referrals. That, in turn, incentivized greater engagement and created value for the holders. The floor price of these NFTs stands at 2 ETH, coming to over $6,200 at current prices.

Although Royal is still in its infancy, there are many opportunities for artists to surprise their fans, inculcate enthusiasm and encourage participation through airdrops. 3LAU says:

Simply rewarding a community for engaging with your product in a retroactive way is not scammy. It is up to that community to decide what to do.

That ownership over the music creates a new level of connectivity between fans and the artist. Royal’s business model also provides a way for artists to acquire the capital they need to launch a career without selling themselves out to record labels and other intermediaries who end up making a killing and leaving the artist with very little.

Do these anecdotal experiences line up with the data? In short, yes.

Been asking how we get paid streaming royalties for @join_royal and @3LAU’s “worst case” launch #LDA. Today is the day we got an answer! Airdrops of #Eth! #WorstCase turned out to be best case! #LFG pic.twitter.com/6KE6LB6zzK

We have the data

In my work as a computational social scientist and economist at Stanford University and Columbia Business School, one of my recent research papers quantitatively investigated the rise of decentralized finance by collecting data on the major crypto exchanges between 2014 and 2021. We documented a much more rapid growth among DEXs and found that decentralized exchanges that did an airdrop exhibit gained an additional 16.1% in their growth rate of market capitalization and 7.3% in their growth rate of transactions, relative to their centralized exchange peers.

Moreover, airdrops had a positive effect on market capitalization and volume growth even after controlling for other factors like when the exchange launched. While time will tell whether these patterns continue, the data supports the strategic use of airdrops.

Further, these results likely underestimate the value of airdrops given that they create more value than just the price associated with the corresponding digital asset. In fact, there could be broader social value if they also serve an educational and community-building purpose.

“Airdropping tokens to new people in the space feels amazing, education through doing helps a lot, helping people get a first NFT and giving exposure to the project is just a nice feeling,” said Vaynerchuk on Twitter. Assuming that the Web3 revolution is inevitable, then airdropping tokens provides an easy way for new users to test the waters.

And, yet, airdrops don’t come for free — even in the cryptocurrency market, says Vaynerchuk.

Airdrops still have value if they are used sparingly, but the well can be tapped only so many times before they lose their surprise and appeal among prospective or existing users.

In that sense, airdrops might have a big impact once or twice at the launch of a project, but they can exhibit some diminishing marginal returns if artists are not thoughtful.

“Airdrops in and of themselves are fine, but the mechanics of them might not be,” 3LAU says. If a project is going to lead with another identical airdrop, it may be a dud. Rather, pointing toward something new and exciting may continue to drive engagement.

Despite the bad rap, NFTs can be a force for good

Web3, especially DeFi, remains a wild west and the rules of the game have not fully formed. However, the United States Department of Treasury’s Office of Foreign Asset Controls applies regulations on all U.S. companies. “That means projects need to conduct Know Your Customer and Anti-Money Laundering checks on individuals receiving airdrops,” Ivan Ravlich, co-founder and CEO of Hypernet Labs, tells Magazine.

Verifying identities is not easy, but Hypernet Labs has created hypernet.id, a digitally-native and privacy-preserving nonfungible token that is minted to the end user‘s crypto wallet. In this sense, “users can now transact compliantly with blockchain-based decentralization projects, which was impossible in the past,” says Ravlich.

That service — whether by Hypernet Labs or someone else — is what the Web3 community desperately needs. For example, consider the recent confusion between CryptoPunks v1 and v2. Because of a glitch in the first version of CryptoPunks minted in 2017, Larva Labs issued a second version. However, some community members nonetheless created variants of the initial mint with different background colors, selling these NFTs as historical relics which led to a backlash by Larva Labs threatening to pursue legal action. In the presence of privacy-preserving validation mechanisms, these incidents could be entirely avoided.

While technology is never a panacea, it can be an important tool and airdrops are one such mechanism for creating momentum and cultivating community. However, caution is required: Even when a project owner does not have bad intent, airdrops can be executed poorly and not achieve the desired results.

Ultimately, potential token and NFT holders need to evaluate a project on its merits and believe it actually holds value. Simply accepting tokens from a project without a plan and clear value proposition is, at best, a short-term play and not a long-term wealth creation strategy. 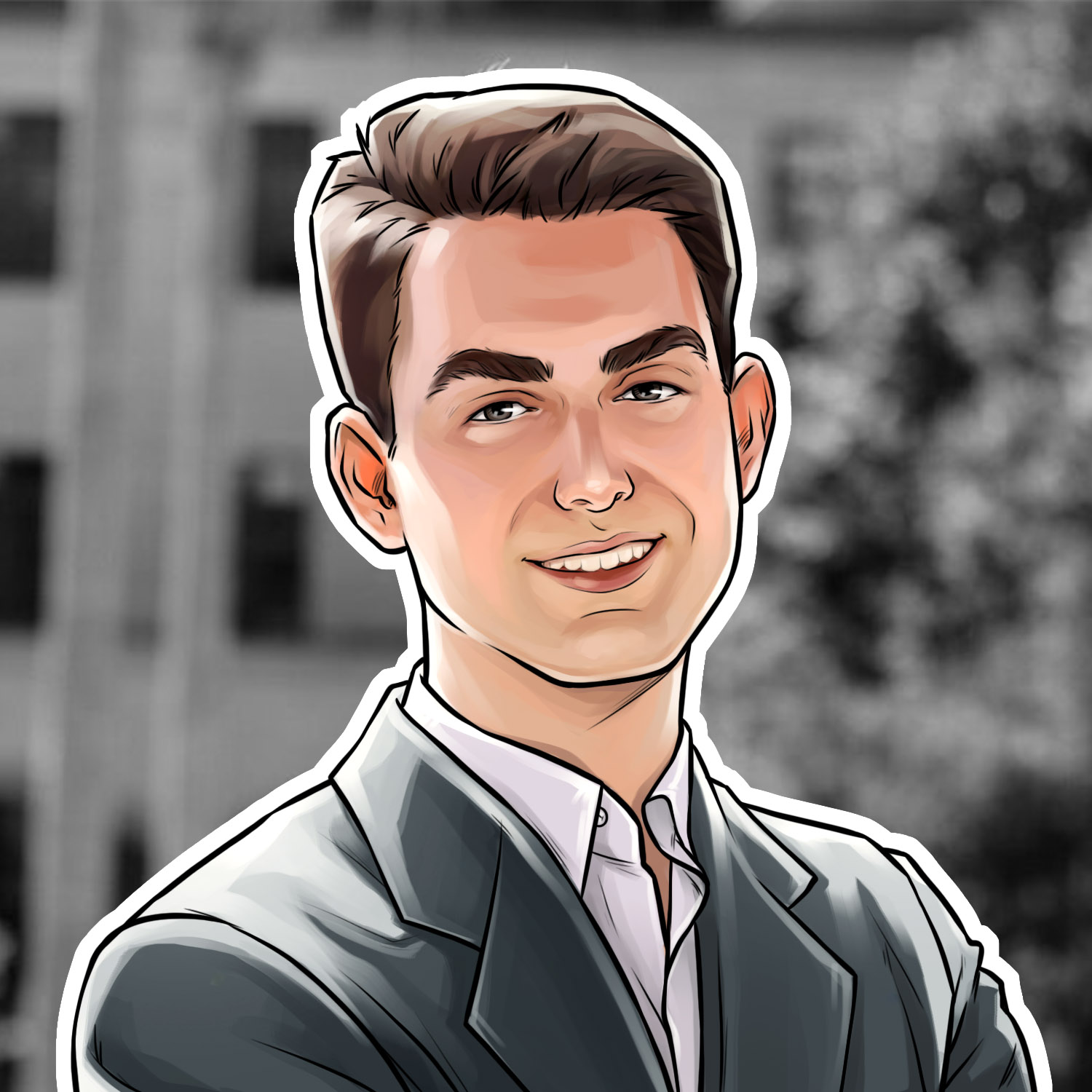 Christos A. Makridis is the Chief Technology Officer and Head of Research at Living Opera. He is also a research affiliate at Stanford University’s Digital Economy Lab and Columbia Business School’s Chazen Institute, and holds dual doctorates in economics and management science and engineering from Stanford University. Follow at @living_opera.
Follow the author @living_opera
Read also 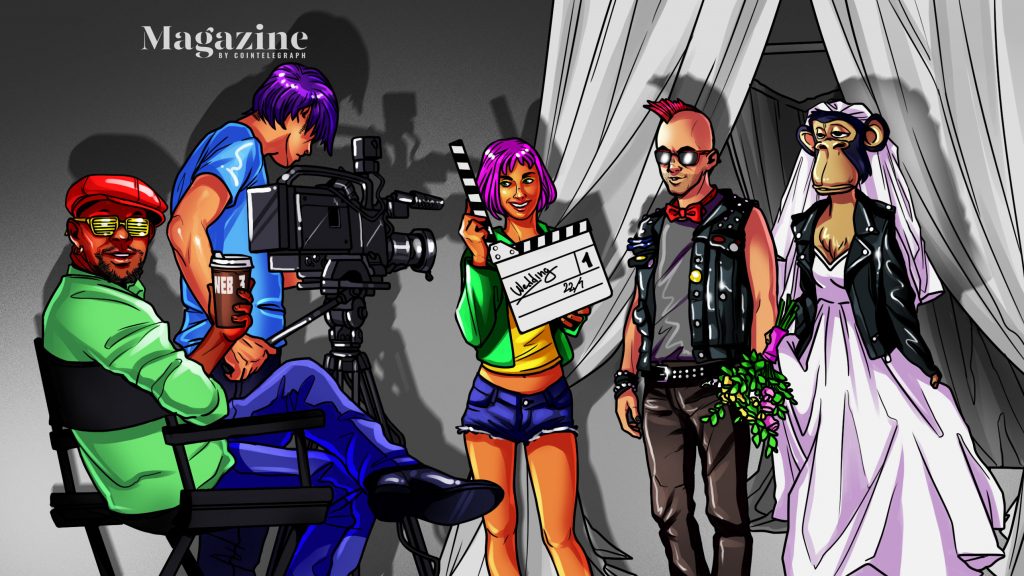 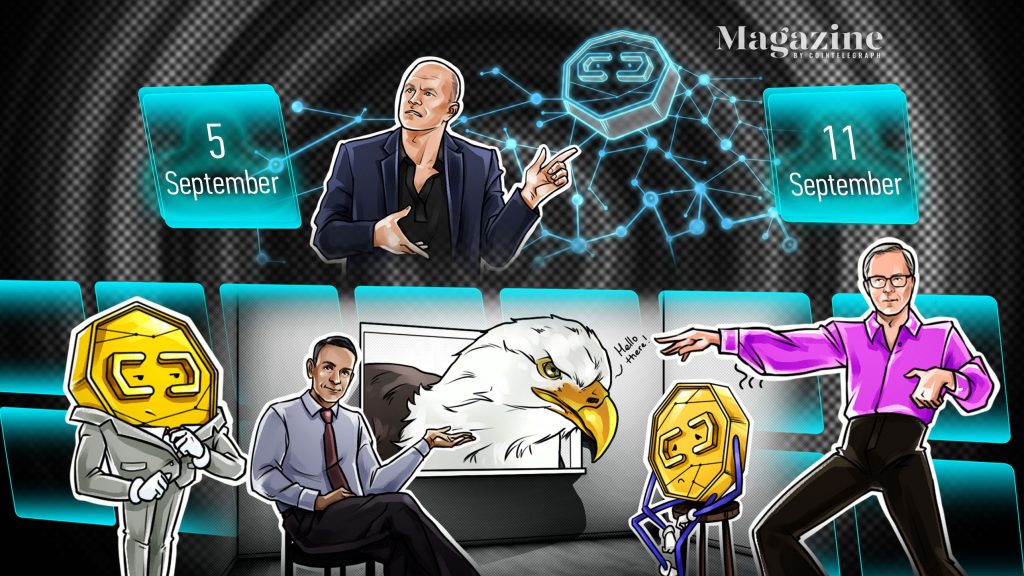