DeFi can be halal but not DOGE? Decentralizing Islamic finance 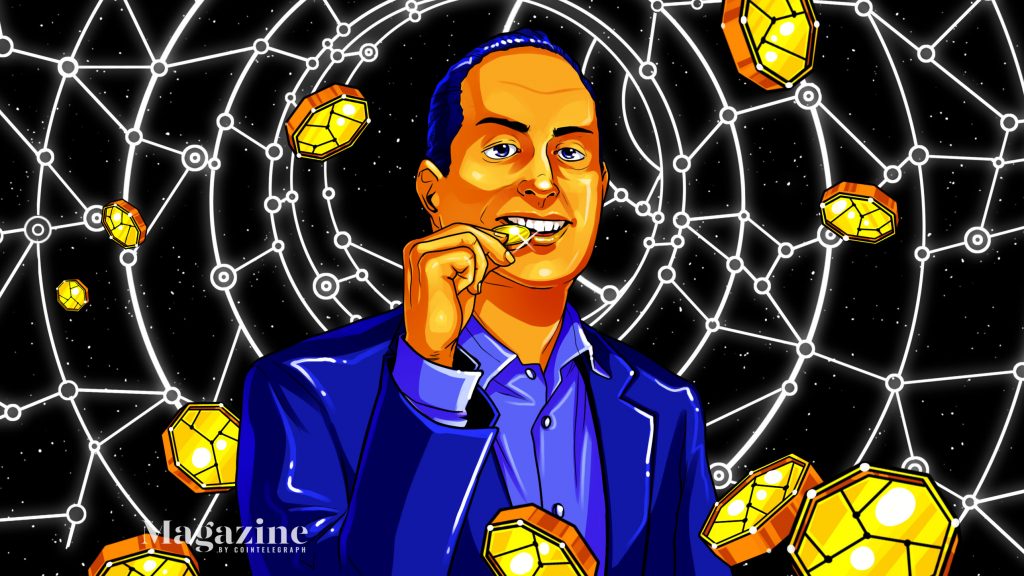 While Islamic scholars have long wrestled with the question of whether cryptocurrency is halal, what if it’s really fiat that isn’t permissible?

Islam has strict rules around finance, and it historically defines currency as commodities with intrinsic value — gold, silver, or salt, among others. Waseem Mamlouk, from the DeFi platform Nimbus, argues that government-issued fiat currencies do not have any intrinsic value and may be incompatible with a careful interpretation of Sharia law. This would pose a problem for the burgeoning Islamic finance industry, which aims to produce financial returns in compliance with religious law.

Mamlouk sees cryptocurrencies as a viable alternative. As the vice president of Capital Markets for Nimbus, Mamlouk is working to have portions of the business certified as Sharia-compliant in order to dip into the growing pool of investors who want their investments to fit with their religious beliefs. While this would certainly bring profits, Mamlouk also sees Islamic finance as a way to promote responsible long-term investing.

Mamlouk’s contention that fiat money has no intrinsic value is certainly a controversial one and would carry huge ramifications for the Islamic finance industry if his evaluation took on a wider acceptance. In effect, he is saying that fiat is not halal. He is not the first person to question fiat’s potential incompatibility with Islamic finance, as there has long been an academic discussion regarding a desire to return to a gold standard — like in the times of classical Byzantium.

“So, immediately, if we’re going to talk about someone doing dollar-denominated Sharia-compliant funds, it doesn’t really make sense from the get-go. However, with mined crypto’s, it actually does make sense.”

It was an honour to participate in panel discussions on Challenger Banks & FinTech Disruptions at The 1st International Islamic Fintech Summit 2019 hosted by @ashurst London. Great ideas/opportunities for FinTech and Crypto in Islamic Finance. pic.twitter.com/oJKi4eKaSo

Mamlouk believes that cryptocurrencies hold the key to a better implementation of Islamic banking. In short, this refers to financial and banking practices in line with Islamic religious teachings. Of these religious teachings, the central one is a prohibition on riba, generally equated to usury — or charging interest.

With interest being a major part of the current DeFi landscape, Islamic DeFi, which must not involve interest, will require custom solutions. In the Islamic banking industry, Mamlouk explains that bank fees sometimes replace earnings that would otherwise come from interest, but he is not a fan.

Islamic economics includes a broad idea that money must be earned through fair and legitimate work instead of unfair exploitation, often compared to the labor theory of value. For that same reason, the money received for work must have real and intrinsic value.

Though there are no exact numbers, The Economist has estimatedthat Islamic Finance accounts for $2 trillion a year and is poised to “reach $3.69 trillion in 2024” according to Gulf Business. Considering that the global population of Muslims is “expected to increase by 70% – from 1.8 billion in 2015 to nearly 3 billion in 2060” according to Pew Research Center, financial services geared towards Islamic sensibilities are certain to continue attracting capital.

Though Islamic finance has been around much longer, it is an unlikely brother of the cryptocurrency industry. They are both fast-growing financial industries — each controlling roughly 1% of global assets — and hopes for a much larger share in the years to come.

What are the rules?

Much of the rules of Islamic banking center around the concept of riba, generally understood to mean usury. This makes paying or earning interest haraam, meaning forbidden. “You’re not getting interest on a certain amount of money that you’re depositing,” Mamlouk says.

There is a prohibition on selling what you do not own, according to him, meaning that short selling, derivatives, and potentially even day-trading of stocks are off the table, as stocks do not normally get settled until the end of each business day, and one may end up re-selling shares before they have even “received” them. At least as far as the issue of custody goes, the immediate settlement of swaps on the cryptocurrency market may well be an answer.

While many crypto traders would be horrified at the prospect of limiting themselves to multi-day spot trades instead of high-margin day trading, Mamlouk does not feel that he is missing out. “I’ve never done any of them personally, and you know, here I am, still alive and well — it’s not that difficult to follow the rules,” he says with a friendly laugh.

Gambling, known as maisir, is also prohibited. This is in part because it implies gaining money by chance instead of through legitimate effort. A comparable concept, bay’ al-gharar, includes any trade that involves excessive, unreasonable risk — that, too, is haraam.

Unreasonable risk sounds a lot like cryptocurrency, especially in the early days. Dogecoin, a cryptocurrency based on speculation and memes, seems to fit the description of gambling or excessive risk. Is Dogecoin haraam? Mamlouk figures it would be, cautiously reasoning that it has “no project,” and “that’s pure speculation.” That’s a no on Doge from Mamlouk (but the jury’s still out).

Another important aspect of Islamic finance, according to Mamlouk, is ensuring that Sharia-compliant funds do not mix with non-compliant funds. He goes on to say that this is a very difficult ask for the modern financial system, as banks contain money from many different sources.

“That could be blood money — that could be an arms dealer’s money sitting in some foreign bank,” with the banking officials having no way to know where their clients’ money truly came from, and thus no ability to tell other clients that the money held in the bank comes from legitimate and permissible sources.

Cryptocurrencies hold the key to fix many of these problems, Mamlouk believes. Chief among these is the inherent traceability of many cryptocurrencies, and that one can mine or acquire newly mined or minted coins with a verifiable pedigree — and thus a moral purity — that can absolutely be ascertained.

The strict approach of Islamic finance might just offer the counterweight that opens the doors for a billion Muslims around the world to participate in the blockchain revolution.

Mamlouk was born in DC, USA but grew up in the Kingdom of Saudi Arabia, where his father worked for the government-owned Saudi Aramco oil company. He describes the environment he grew up in — and still lives in today — as a highly “intellectual, international community.” When he was young, he remembers being taken to see a supercomputer, one of only three in the world at that time. The experience stuck with him and led to his interest in technology, crypto and financial solutions.

He returned to his native DC to study commercial law at American University, where he graduated in 1994 and embarked on a career in finance IT advisery (early fintech) and IT security — staying out of the courtroom in favor of lending his advice to financial, tech and telecom corporations in the Middle East and globally.

Back in the day, he says, investment banking did not really exist in the Middle East. Mamlouk took part in founding Atlas Investment Group in Amman, Jordan, later selling to Arab Bank, which he calls the “largest bank in the Middle East.” As he advanced in his career, he saw the growing dominance of computers and the internet, which inspired him to return to the US to study IT at the University of Virginia and graduated in 1999, the year leading up to the infamous Y2K bug.

Mamlouk’s next goal is to get some of Nimbus’ solutions certified as Sharia-compliant in order to reach a wider pool of users. Currently based in Malta, Nimbus is a DAO-governed platform giving users access to a number of DApps that opens the door to various potential revenue streams, including things like crypto staking, trading and lending, among others.

So how does a financial venture get certified as Sharia-compliant?

Neither the process nor requirements are standardized, as Islam is not a centralized religion in the way of Catholicism, for example. Instead, each country — Pakistan, Iran, Malaysia and the member states of the Gulf Cooperation Council, for example — will have their own systems and procedures in place.

These systems can differ, as evidenced by Malaysia’s Shariah Advisory Council praising crypto’s “great potential.”Whereas others, including the Grand Mufti of Egypt and Fatwa Center of Palestine, previously declared cryptocurrencies haraam.

Mamlouk has his sights on either Saudi Arabia or Bahrain, which he says have largely interchangeable regulations. Bahrain, whose central bank recently licensed Sharia-compliant crypto exchange, appears somewhat more nimble when it comes to innovation. The plan is to submit a proposal to a local Sharia council.

“That council has to look at various aspects — basically an audit,” Mamlouk explains. Then, they may make a decision or “give you certain pointers” about what to change in order to be approved. After a successful audit by a Sharia council that examines the proposed practices, a project can be declared Sharia-compliant.

From Mamlouk’s perspective, the guidelines around Islamic finance can be thought of as more than the rules of a specific religion. This is because he sees them as generally promoting responsible practices that discourage undue risk while emphasizing transparency and honesty.

“It’s a responsible investment, and it’s realistic,” he says about the method.

The idea of Sharia Councils giving approvals to business practices and investment vehicles is fascinating and could encourage a captivating co-creation between fintech innovators and religious scholars.

This could point to a future where Sharia Councils audit all types of cryptocurrency projects, tokens and smart contracts before issuing opinions on their appropriateness for Muslim investors. Mamlouk agrees, saying that there is a huge opportunity for all types of rating and ranking services because “we don’t have any of that.”

As for the DeFi industry as a whole, Mamlouk is mega-bullish. He sees adoption skyrocketing around the world in the years to come.

There’s no way that DeFi grows less than 100%, on average, for the next five years — very year — and it’s going to compound. People are going to look at it after those five years and they’re gonna say ‘wow, how did I not see this coming’.”

Blockchain Startups Think Justice Can Be Decentralized, but the Jury Is Still Out 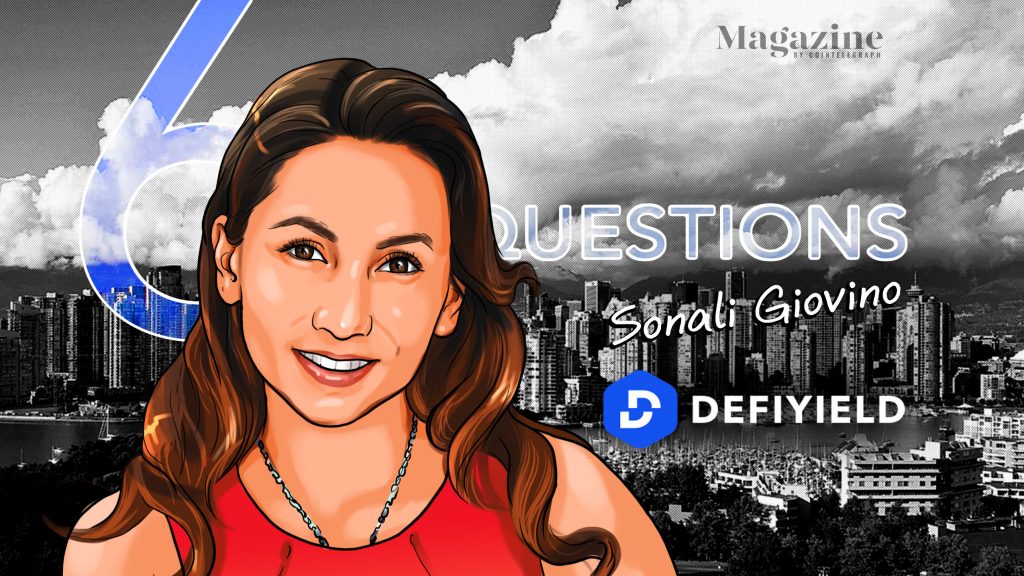 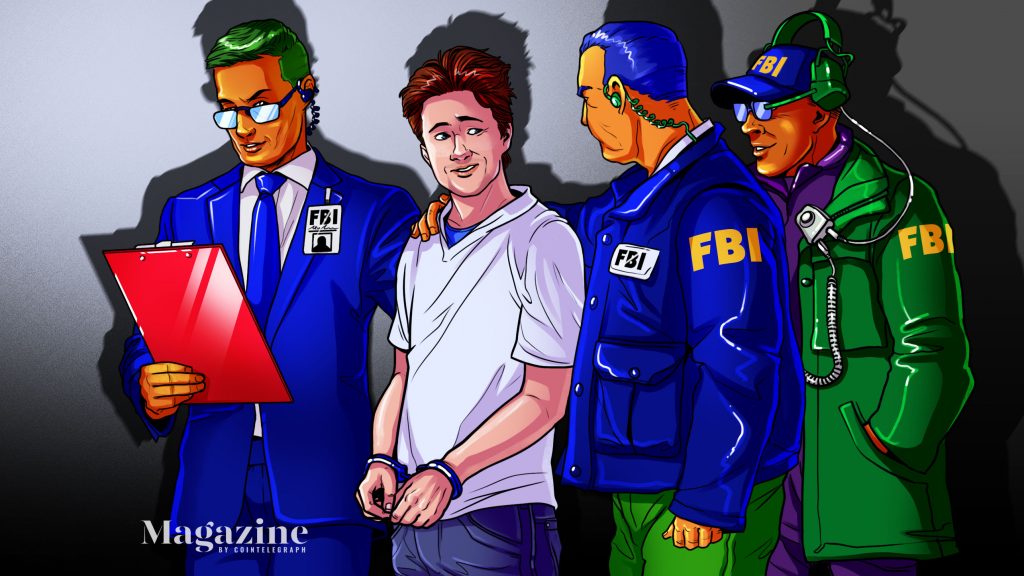