Donald Trump gave Bitcoin the ultimate thumbs-up, with his money-go-brrrrrrr machine. Meanwhile, the FATF can't combat trillions in money-laundering, so it's focusing on lowering exchange withdrawal reporting from $3,000 to $1,000. That'll help. 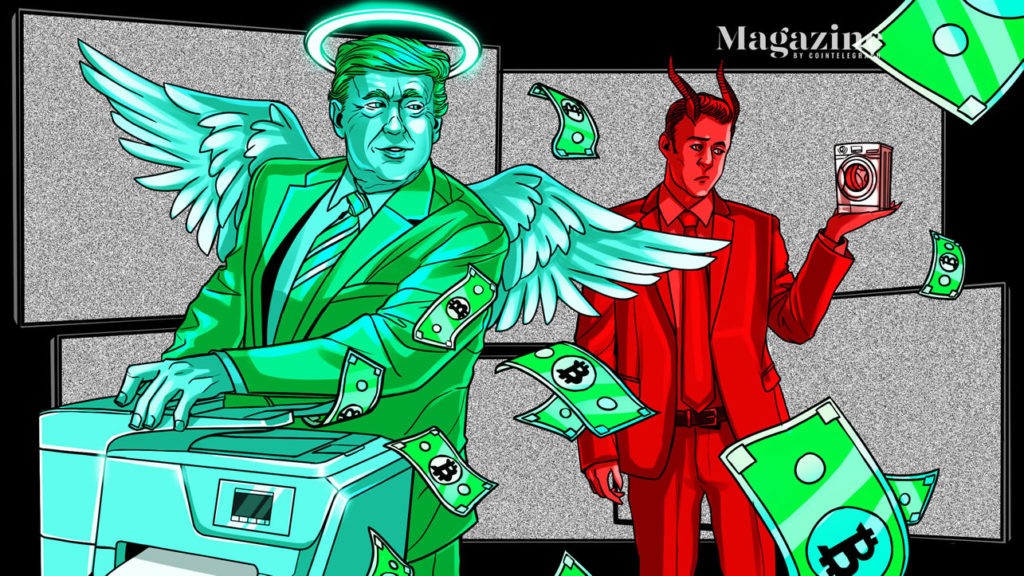 The FATF Moves the Goalposts

The Financial Action Task Force (FATF) published a report on March 31 in which it criticized the United States for failing to adapt to anti-money laundering (AML) goals.

The FATF’s baffling recommendations come as no surprise. The report was not the first, not the second, but the third follow-up report on U.S. progress in complying with global AML regulations. Snouts in the trough of bureaucratic overkill, perhaps?

It was an enhanced follow-up report, at that. And while the United States was perfectly adept at enhanced stuff in the past, it seems subsequent administrations have dropped the interrogative ball.

The FATF reported that America’s AML efforts have slipped relative to FATF guidelines since, well, since FATF guidelines were amended through the so-called Travel Rule. The report repeatedly described the US as being “largely compliant” as opposed to fully compliant.

With its sights firmly fixed on crypto exchanges, the task force was concerned about the lack of inspections:

“… it is not entirely clear whether the current approach is sufficiently risk focused, especially since only 30% of all registered CVC [convertible virtual currency] providers have been inspected since 2014.”

FATF’s Eyes on the Wrong Prize

The new desire for oversight comes on the back of a near record year for money laundering, with banks around the world slugged with $10 billion in fines over the 15-month period ending 2019. (Ten billion bucks! That’s not the amount laundered… that’s the amount the banks were fined for doing it! According to the United Nations, the actual amount laundered is estimated at between $800 billion and $2 trillion.)

According to Marc Murphy, the CEO of risk management firm Fenergo, one such instance of a legacy financial institution turning a convenient blind eye to clear-as-the-driven-snow money laundering was a west coast bank processing $350,000 a week in deposits from a butcher shop.

If you were watching and/or cared, that’s an awful lot of hamburger.

Turns out it was a pawn shop owned by a Mexican drug cartel. Murphy reckons banks should use technology better to avoid these situations. In this case, perhaps he meant Google Maps, which evidently would have shown the bank that there was more at steak than a few sausages.

FATF’s demonization of cryptocurrency exchanges is a diversion from the uncomfortable truth. Banks enable money-laundering on a scale unimaginable to crypto enthusiasts.

Quick! Look the other way!

Donald Trump was a successful reality game show host. But as a businessman he was responsible for a series of bankruptcies, and as a president his main achievement appears to have been driving Fox News’ ratings up.

Yet here we are, rolling out the red carpet for this week’s best performance in crypto.

As the global pandemic unfurled, the perpetually-tanned golf cheat stumbled into getting something right. But not in the way he may have intended.

Indeed, the question might be asked: does Donald Trump ever actually mean to do anything he does?

Accidental Nail In The US Dollar Coffin

In a March 27 press conference, the president inadvertently promoted the virtues of Bitcoin when trying to promote the virtues of a Fed with unlimited money-printing capabilities:

To put $6.2 trillion in perspective, GDP in the United States is around $20 trillion a year. The Fed is poised to take full advantage of its newfound COVID-19 mandate to simply print endless amounts of money.

And the president loves it!

Blockstream’s Samson Mow quickly pounced on the press conference on Crypto Twitter, asking whether or not the president had just accidentally put forth the best advertisement for Bitcoin imaginable.

To be sure, the lockdowns imposed as a result of the threat of the COVID-19 pandemic necessitate measures to keep people solvent. In fact the extended period of easy money leading up to this 2020 crisis has demonstrated more recklessness than the current round of emergency stimulus actions.

Be that as it may, there is no better billboard for Bitcoin than the ironic nod of approval from a president in full-swing “Oops, did I just say that?” mode.

Outstanding work, Mr. President. This week you nailed it.

And not just ‘allegedly‘. 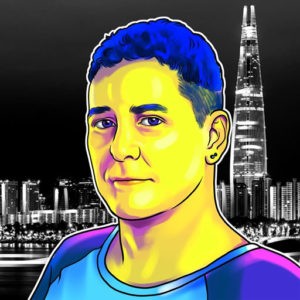