"I started wondering if I could write a program that would create a painting." 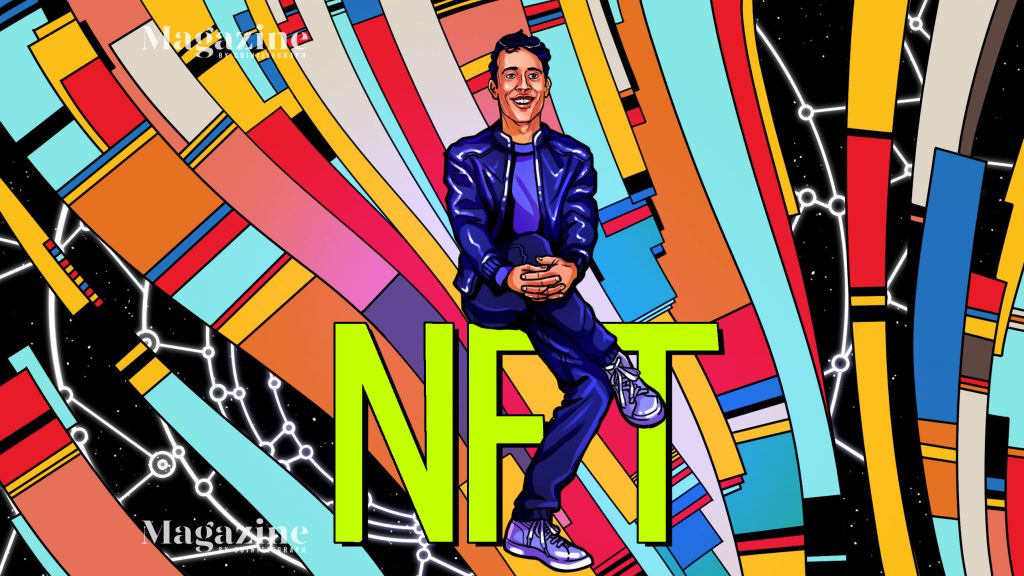 Fidenza is the brainchild of Tyler Hobbs, 34, who quit his computer engineering job to work as a full time artist. He struck ETH when he discovered Art Blocks, an art platform that creates NFT’s based on generative art, and became a curated artist.

The work is named after a town in northern Italy, which Hobbs stumbled upon via Google Maps. Inspired by abstract expressionist painter Francis Klein, Hobbs likes to use the names of places for his art because they carry little baggage or definitive meaning.

A total of 999 works were “dropped”, selling out in 25 minutes for 0.17 ETH, or about $400. The approximate $400,000 in sales were split 90/10 between Hobbs and Art Blocks. On the secondary market, chiefly Opensea, his works come with a pre-programmed 10% commission, which is automatically shared 5.0%/2.5%/2.5% between himself, Art Blocks, and Opensea. With an estimated 85 million in secondary sales, Hobbs has already earned over $4 million in commissions.

As a coder, he felt it important to create art using the tools he knew, making people ask “what separates man from machine?”

Hobbs says that buyers come from around the world and are most commonly middle aged men. These largely inexperienced art collectors who come from the crypto or technology world “have less of an inherent bias against this artwork,” whereas many traditionalists “feel that there’s something inherently less human or less real” about his style.

“They’re generally both interested in the artwork, and they’re willing to risk a fairly large amount of money on something that’s unproven — I think it takes a special breed of person to be that kind of collector.

Update, September 16: Since this story was published, news broke of imitation Fidenza’s being traded on the Solana project Sol Blocks. Hobbs called the revelation “distasteful as hell”.

The mechanics of a generative artwork drop on Art Blocks are unique, as the art does not exist until it is “minted” by the buyer. Minting begins at a pre-announced time, which Art Blocks advertises. To mint, buyers pay the predetermined ETH-denominated price along with necessary gas fees, and receive the artwork upon its generation — which takes up to 30 seconds in the case of Fidenza.

The code that creates the artwork on the blockchain uses the randomized transaction hash of the buyer’s transaction as an input. This string of data is then interpreted by the code, which assigns the artwork with various overlapping characteristics according to parameters pre-programmed by the artist, to generate the artwork in real time. Like a sperm fertilizing an egg, the contribution of the minter is a unique, direct, and necessary ingredient of the artistic equation.

A few of the "super dense" Fidenzas that max out the visual noise level. They can be overwhelming at first, but they have their own charm if you sit with them. pic.twitter.com/vRGOWWk1gi

Because the code for Fidenza is on the blockchain, anyone can use it to create similar pieces. However, because “Fidenza” is limited to 999 numbered copies, such “bootleg Fidenzas” would not be “signed” by the artist — much like if someone copied an artist’s style with the same materials and tools.

While Hobbs considers it “interesting for people to be able to explore that algorithm” and appreciate the aesthetic value it can create, he makes it clear that his vision for Fidenza is now complete. “I think the 999 is sort of the perfect test run of the algorithm, and captures everything that I could have wanted it to capture,” he says, adding that he likes that there is “a clear start and a clear finish.”

“There’s a certain artistic challenge to creating an algorithm that will create something with a lot of beautiful variety within those 999, while still maintaining a consistent level of quality

He is unconcerned about fakes due to the unfalsifiable nature of blockchain provenance, but acknowledges that someone could sell them as unofficial Fidenzas. While he is unable to ascertain the legality of doing so, he finds the thought of others co-opting the program for profit as unethical and disrespectful.

CryptoPunks, one of the first and most well known NFT sets, is a “victim” of such replication. While the “floor” (cheapest listed NFT of the set) for one of the 10,000 original Punks sits around 100 ETH, a “Phunk” which faces the other way can be had for a mere 0.04 ETH. “Zunk’s” go for 0.05 ETH, “HD Punks” for 0.02 ETH, and “Bastard Gan Punks” for a respectable 0.50 ETH. If imitation is flattery, it can be argued that these copies only affirm and increase the value of the “real” punks.

Growing up in central Texas, Hobbs dabbled in sports, a variety of music, and often spent time “drawing comic books by hand.” He wanted to go to art school, “but my dad talked me into studying computer science instead — for pragmatic reasons.” He completed his bachelor studies at the University of Texas at Austin.

Graduating in 2010, he found work as a computer engineer with database company DataStax, where he focused on “an open source, high performance database.” Hobbs was satisfied, seeing programming as “as good of a job as I could have hoped for,” staying at the company until 2017.

Hobbs tried his hand at many styles of art including “traditional artwork,” as he referred to his oil paintings and figure drawings. These long-established artistic traditions however lacked an intimate connection to the artist himself — a 21st century computer scientist.

The Bouldin Creek Mural was a precursor to Fidenza. Now I'm looking for the right fit to paint a colorful Fidenza-esque mural! pic.twitter.com/IIqg6BYABp

Hobbes believes that to make exceptional art, it is important that the art relate to the artist and their unique skills because “that’s where you have the most interesting things to say.” This can be seen throughout history — from stone-age hunters who drew images of their game on the walls of their dwellings, to the likes of Da Vinci, whose figure drawings were based on his study of human anatomy.

While searching for a personal connection to his art, Hobbs discovered the generative art genre: art created in a way by which an autonomous system “can independently determine features of an artwork that would otherwise require decisions made directly by the artist.” With programming close to his heart, the gears began to spin.

“I started wondering if I could write a program that would create a painting.

From 2014, Hobbs began “using tools that were not designed for making artwork at all, but the results that I had were really interesting artistically,” he recalls, referring to his early experimentation with generative art. He found the results “much more interesting than the paintings that I’d been making,” inspiring him to continue developing his methods.

By 2017 he had grown enough confidence and savings to quit his job in order to focus full time on art, creating 100 pieces per year. Making a living selling prints and commissions was hard, as it was far less than he earned as an engineer.

Suffering from financial pressures and loneliness, in 2018 he joined some of his former colleagues in founding Travel Boss, a startup focused on business travel where he worked part time to leave room for art. The company shut down early this year due to the pandemic.

Losing his job was a blessing in disguise, because it was around this time in February 2021 that he discovered Artblocks. Though he had been “generally aware” of blockchain technology before, he admits that he had never been interested in working in the industry nor investing in cryptocurrencies.

“I was fairly sceptical of NFT’s in general, until I heard about Art Blocks. Art Blocks totally changed my opinion, because of how great of a fit it is for generative art specifically.

Hobbs considered Art Blocks “a huge breakthrough” for Generative Art, which he says has been struggling since its inception in the 1960’s. With an audience willing to play a direct role in the creation of their purchased generative art, there was finally a product-market fit.

The curated stream is the most prestigious, with artists selected by the platform’s curation board after a lengthy vetting process. Hobbs applied to be a curated artist, because “I knew that the artwork was good, and I have a relatively well proven track record of making good work and had a good network,” he said with well-placed confidence.

The initial income from minting was life changing for Hobbs, because it “meant the security that I could continue to work full time on artwork” for several years, even with zero secondary sales. Though he has sold most of the ETH, he maintains a substantial position which he suspects will rise in value.

Much of his time is currently spent connecting with collectors, who naturally want to form relationships with the artist whose million-dollar works they own. Behind him is a stack of rolled Fidenza prints, which he is in the process of shipping out. “I allow the owners to order prints and it’s limited to one print,” he clarifies, explaining that he charges only reasonable printing costs of up to $600 — a pittance considering the floor rests around $800,000.

Twitter has been moving very fast for me (all of us?) these days. Thank you for your patience while I work to get back to everyone. Soon(ish) I'll start posting regularly again ;). In the meantime, check out my most recent essay: https://t.co/ezz2r9IjuU

Though Hobbs will certainly be continuing his daily artistic practice, his next moves will be more intentional. He intends to flip his process of releasing early sketches as he works, instead starting with the finished product and only later showing partial works

“I’m 100% focused on releasing quality work,” he says, and though he is in no hurry, he hopes to artistically outdo himself once more.

“I know that that’s a high bar, but I do also feel that I can meet or exceed it in the future — at least in terms of how I view the quality of the work.”

Daft Punk meets CryptoPunks as Novo faces up to NFTs 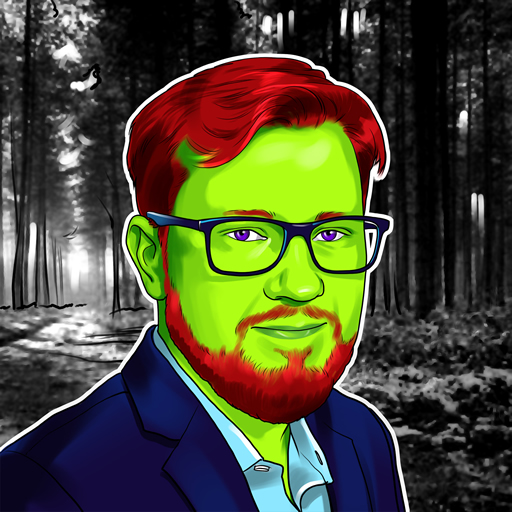 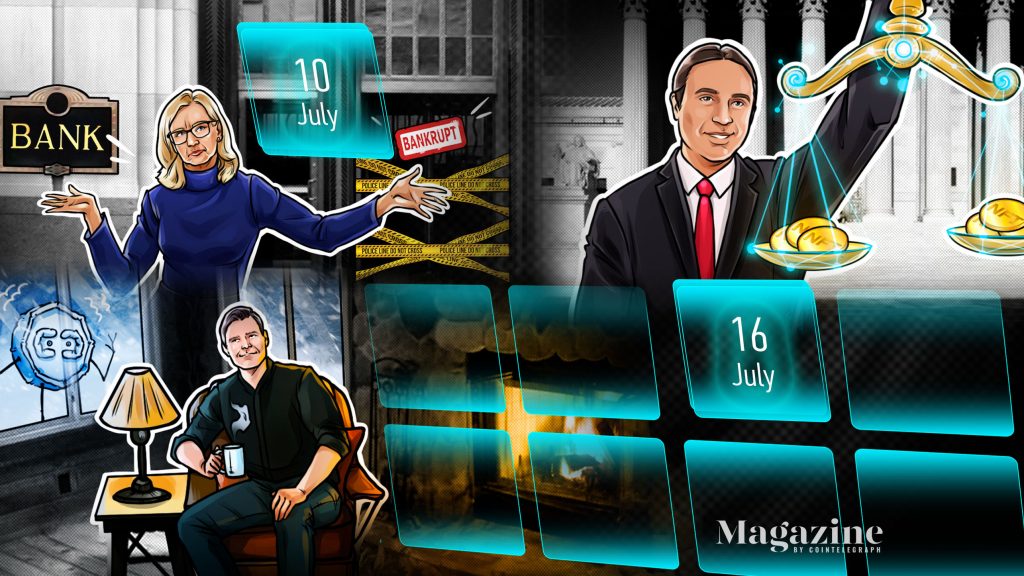 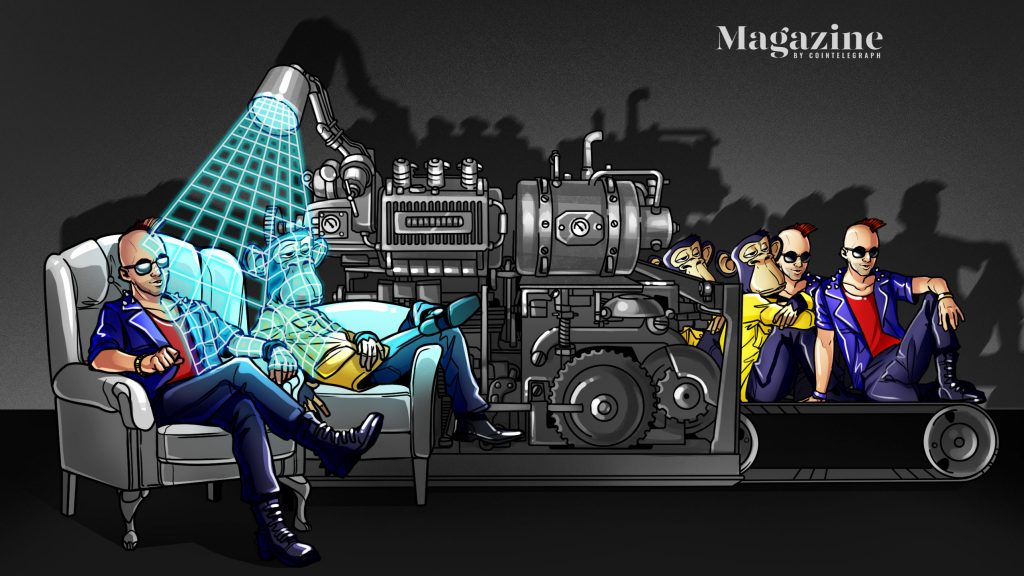