"Perhaps our children’s generation won’t own the roof over their heads, but they’ll own a wealth of digital assets instead." 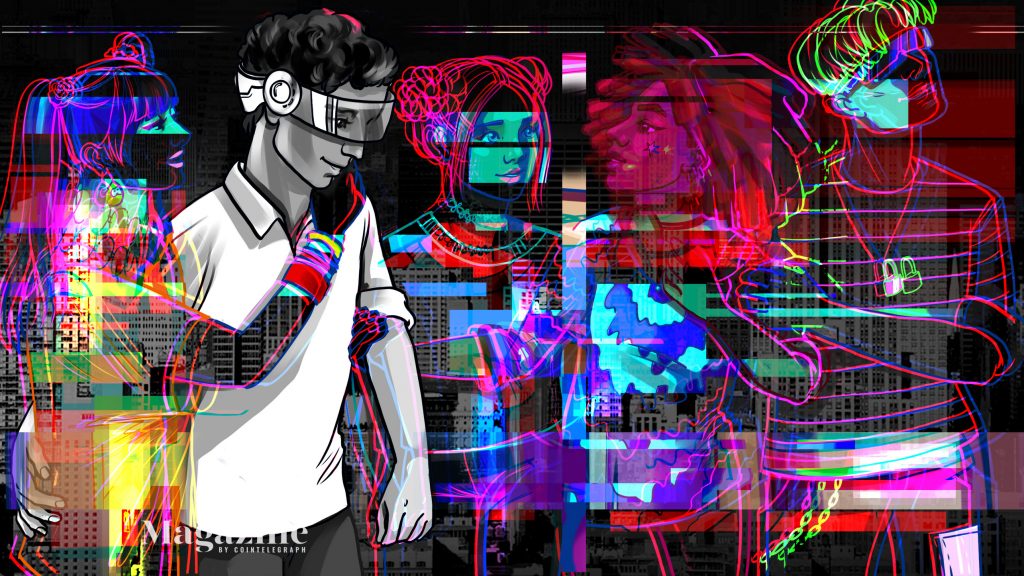 Many of them, at least in the Western world, learned to swipe a screen before they learned to talk. They’ve seen their parents get rekt on the stock market, maybe more than once, and they don’t trust ‘traditional’ anything much anyway.

By 2026 there will be more of them around than any other cohort — so it’s time we started paying attention to what Generation Z values, respects, and cares about.

Broadly defined as those born between 1997 and 2012, Gen Z is easy for older generations to categorize as ‘tech addicted’. But this is about as meaningful as describing a fish as ‘water addicted’ — what we need to recognize instead is that this group has grown up fully immersed in an always-on, personally-accessible digital life, over which they have unprecedented control and choice.

It is simply the way they live, study, and are now moving into the workplace — taking the digital world along with them in their pocket, as they move through the physical one.

Sociologically, there’s already a large body of research telling us what this cohort believes, values, and supports; but if the events of 2020 have taught us anything at all, surely it’s that predicting the future is futile. Their impact on economics, politics and society cannot possibly be foretold, other than to acknowledge that they will move within a fluid and ubiquitous digital environment.

The research into Gen Z motivations (all of it pre-Covid) has already spawned a wealth of clichés. It tells us that they prize meaning and balance ahead of reward, and that they’re less driven by material acquisition. They’re sensitive and woke, ultra-focused, and yet unreliable — or at least, whimsical. They care about the environment, they equate wealth and the piling up of physical stuff with greed and with a lack of choice and flexibility (although whether that’s a useful bit of post-rationalization from a cohort less likely than their parents and grandparents to ever own property, is debatable).

Certainly their concept of a valuable asset is very different from what older generations consider to be important.

When I spoke to Lola*, 15, about what value meant to her, she told me that her most important asset was her phone — which she then clarified to mean the photos and messages it contained. It was the content that mattered, not the device (“So it’s fine if you wanna get me a new phone!”)

At the younger end of the age cohort, cash has always been in tightly-rationed supply. Lola has never spent money on a purely digital asset, and expressed a mixture of scorn and genuine confusion about the idea of spending real money on something you could neither hold nor touch — whether that asset was a pension plan or a piece of digital art.

Time, however, was something with which she had more discretion than cash, and she has freely invested more than once in extensive Minecraft creations, as well as a community-based role-play game on PopJam in which digital art pieces are highly valued in non-monetary ways. “Really good ones that get lots of votes just get stolen though,” she admitted — screenshotted and reblogged, sometimes after careful editing-out of signature graphics.

She has lost or given away Minecraft creations with no regrets; digital assets into which she had poured literally weeks of her life’s effort. “It was fun making them when I was younger, but then I got bored. Now I prefer Instagram.” And what if she lost her Instagram account? “All the photos are on my phone anyway. I’m not Charlie Damelio, like, Insta is not my whole life. I’m not an influencer,” she added, sarcastically.

It brings into question the whole future of ownership.

What does ownership mean to Gen Z?

John G Fields, creator of Grow Your Base, a new online platform for learning about investment in digital assets, explained that virtual assets can be used as a gateway to more traditional investments, via transitional ideas such as tokenized real estate.

“We did a lot of research, and the majority of Gen Zs said the stock market made them feel uneasy, intimidated… but there’s a lot more comfort in gaming and the virtual world, and the idea of investing time instead of money,” he explained. So he has brought his traditional market experience to the new ecosystem, and hired Gen Z colleagues to bring Grow Your Base to life (because, as we concluded, NFTs probably became as unfashionable as Facebook the moment two people from their parents’ generation started this conversation about them anyway…)

Cass, 20, is more immersed in the gamer ecosystem, and she admits to knowing people who have spent serious time and money acquiring attributes for characters and avatars, that create advantage in the gameplay — even though that can create unfairness, like performance-enhancing drugs in professional sport, and she draws a sharp distinction between earned powers versus bought ones.

But she spends money on the games themselves, and additional content for them, “same as you pay for Netflix, or books for your Kindle. Of course, you pay for content. That’s just buying access to stuff.”

She has never bought an NFT or digital art, and would not see the point in spending money on something she couldn’t put on the wall, or show her friends. We looked at some of the art on MakersPlace, and her reaction was that dismissive: “Well I could make a GIF of that for nothing right now,” she said as she reached for her phone. Would she be interested in owning a limited edition high-res version of it though? “Not for that money.” (It was priced at $48.00.)

The only digital art she has bought was a hand-drawn avatar, created from her photo by an artist she admired, that she used as her profile picture for ages. It was unique, personalized, and hers alone — yes, she admitted, someone could have screenshotted that and stolen it, but why would they? What held value for her was its meaning, that it was a representation of herself. She couldn’t recall what she had paid, it wasn’t much, but this uniqueness, combined with being able to show it as her profile on her social networks, made it significant.

Showing-off matters to many collectors — ignoring for now the weird and narrow Thomas Crown-esque demographic of millionaire art thieves stealing Monets to order and admire in a secret vault, most of us choose art to enhance our own environments and look good in a given location, to be admired both by ourselves and others.

Fields reflected on the idea of digital picture frames — the kind that first appeared about a decade ago, when we all got our first CCD cameras and wanted to show off our pixelated family snaps. “ I think Sony even put them in TVs”, he mused. “There’s a lot of high-end technology in there, but I’ve never bought one. I’ve always thought, that’s a good idea — but now we’ve got what was always missing, which was good digital art to put into them.”

So there are still gaps to be bridged, because the post-millennial mindset is clearly oriented in the right direction for acquiring and valuing digital creations for their uniqueness, as well as their highly portable and transferable value. But none of this will happen unless they perform an about-face on their nihilistic rejection of investment and personal asset growth as a desirable goal in its own right, rather than something their parents did to mess up the planet.

That’s why Grow Your Base is so focused on providing structure and education in the space, to counter the “So what?” response with knowledge and a sense of personal ownership — starting with the areas where young people are most comfortable, like gaming, and expanding their minds and their portfolios into new areas of securitized ownership. “We’re rolling out a monthly membership, where we’ll drop selected NFTs into your wallet every month”, Fields explained. “We’ll have access to all the best assets, from art and games to tokenized real estate and wine.

“If you educate people, allow them to get a taste of it, experience it, then they’re not intimidated by it. Our mission is empowering and banking them, helping them control their future, by building NFT portfolios,” he continued.

Gaming is a great place to start actually, because right now when you buy or build assets in the game, you don’t own them — they’re owned by the gaming company.”

“What we’re seeing now is the revolutionary concept, marrying different technologies, of taking those assets out of the game and monetizing them, so you own them, not the gaming company — you can sell them, and you can prove that by the blockchain: the provenance of where it originated, what it cost, who owned it. All totally transparent and clear”.

So perhaps our children’s generation won’t own the roof over their heads, but they’ll own a wealth of digital assets instead: Which give them choices, flexibility, and alignment with their values.

They might never have a traditional career path with a retirement date and income, but they’ll manage highly individualized portfolios of NFTs into which they can invest their time and effort and attention. And they can secure income from their fractional ownership of diverse assets from musical creations to vineyards.

It’s a powerful vision for a future, that some pioneering Gen Z’s themselves are clearly coming to embrace already — such as crypto entrepreneur Alex Masmej, who has raised $20,000 by selling “personal tokens” on the Ethereum blockchain. Investors in $ALEX will collectively receive 15% of Masmej’s income over the next three years and will be able to trade their tokens on the Uniswap exchange — a new model for crowdfunding, which any aspiring creator could easily emulate with publicly available tools.

As the token economy develops in parallel with the improved UX of tools and wallets, the potential alignment between Gen Z and NFTs looks increasingly undeniable.

Using social currency, creating and monetizing value in their own unique way, this first truly digitally-native generation will doubtless do things we can’t begin to predict with the future that awaits them.

But that’s their job, and the mission for their generation, right, to fix all the screw-ups of their parents’ and grandparents’ eras? “A bit harsh!” Lola shot back at me. “But yeah OK I’m sure we’ll do stuff you never dreamed of with it anyway.”

*Name changed to protect the identity of a minor. 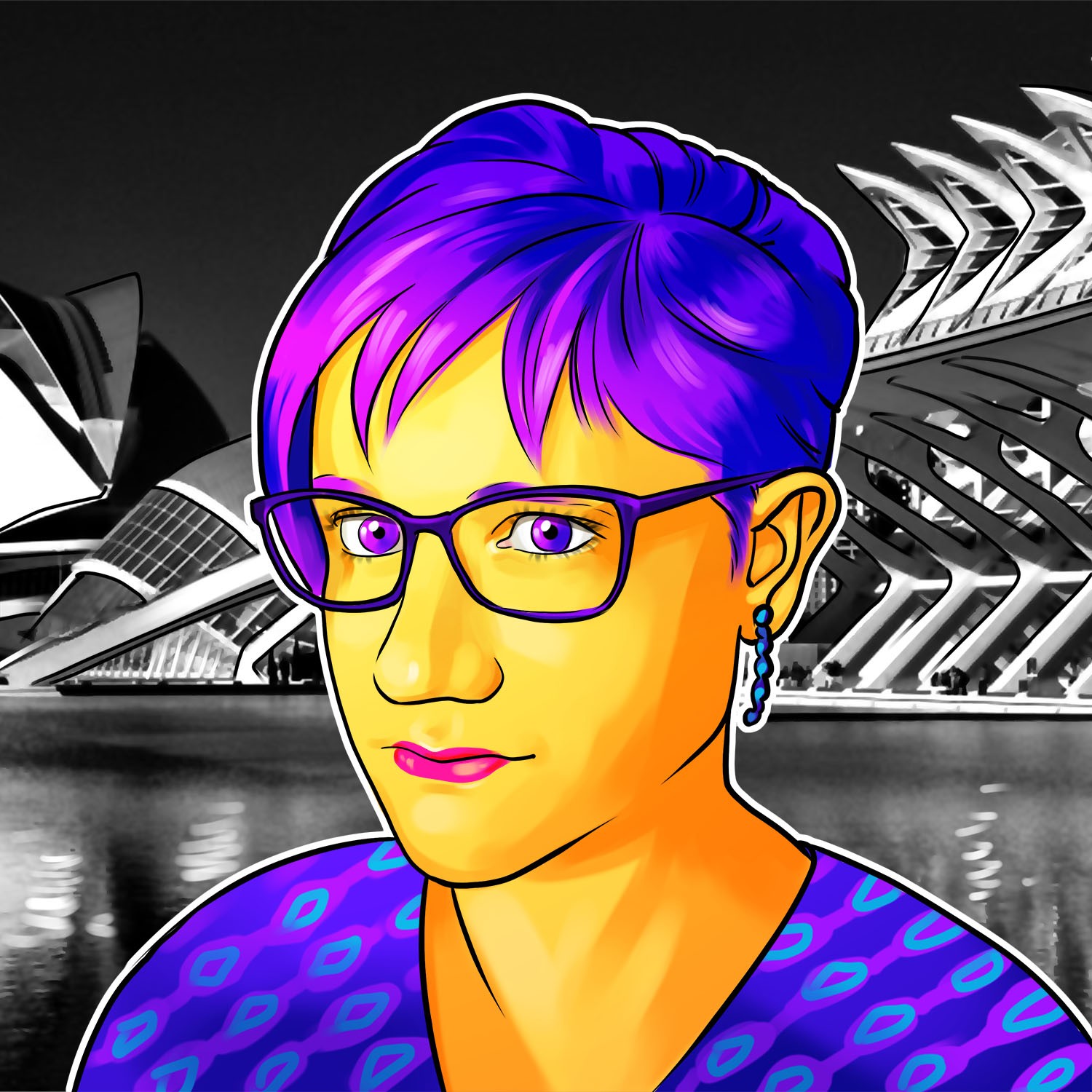 Maya Middlemiss is obsessed with the future and its unevenly-distributed social impact - the future of money, work, technology, and humanity. She is passionate about inclusion and education through effective storytelling, and believes all this stuff is far too exciting to leave it to the geeks. She enjoys spinning multiple plates as a journalist, author, podcaster, and remote work advocate, and to recharge offline she loves hiking and exploring her chosen locale in Eastern Spain.
Follow the author @mayamiddlemiss
Most popular
Features