During the crypto boom, the percentage of clients trading crypto on eToro grew from a meager two percent to nearly ninety percent of all trading. 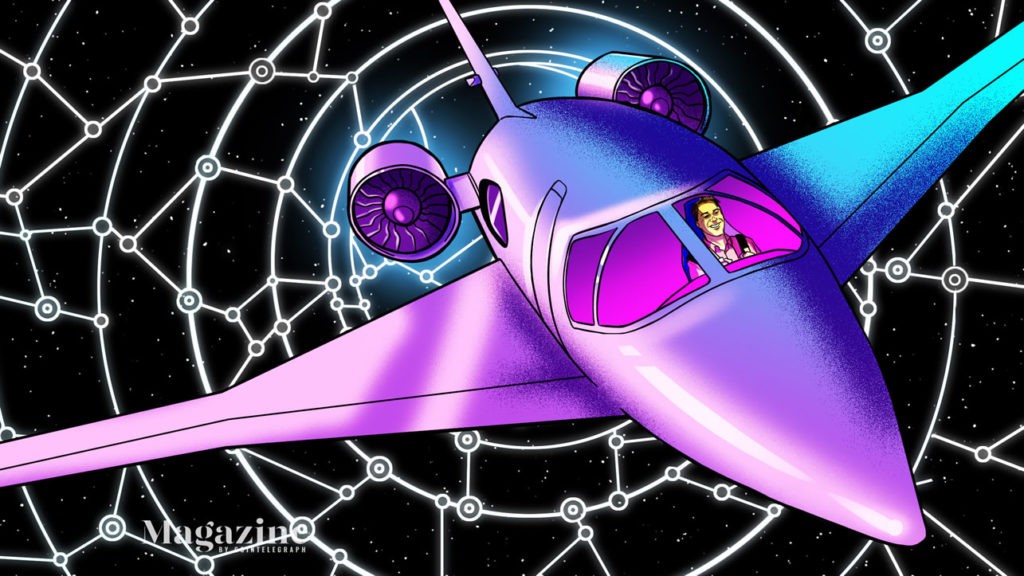 It’s not hard to remember that kid.

Recall a particular detail from school: that one kid, with the smart mouth. He rarely listens, but he’s always talking. He bugs the teachers constantly. And the fact that he aces tests without really trying? That gets right under their skin.

Yoni Assia — that kid in the past — is the CEO of eToro today.

“I got in a lot of trouble,” admits Assia. “I wasn’t an easy kid at school but I had very good grades, so for teachers that was even more challenging.”

Assia admits that this sometimes worked to his benefit. “Some teachers would even give me a pass from coming to class. They’d say, if I can get good grades on the test without being in class, maybe it’s better both for me and the class.”

Often, Assia was simply bored. “I fell asleep in electronics and the teacher had a tendency to throw a marker at me… He would ask me a question when I woke up. What really annoyed him was not that I fell asleep, but that when I woke up, I would be able to give an answer.”

Give him something to do!

To keep Assia appropriately occupied his parents gave him a computer. Assia was deeply enamored of the connectivity the internet offered, spending countless hours surfing bulletin boards, downloading the latest Simpsons episode, and talking to people all over the world.

In his early teens Assia started learning about programming with software called “Magic”, provided by his father, who was the CEO of the publicly traded company. He would make simple programs for his parents, like a task automator for his mother’s law office. Paired with the many family conversations he shared with his father and grandfather about capital markets, Assia was busily building a unique blend of skills that would contribute to his future.

Reflecting on the influence of his grandfather, Assia shares, “I took from him a lot of my interests in capital markets and finance: a very analytical person, looking at everything from a banker’s perspective.” Assia explains his father also played a key role in helping him learn about markets and technology. “I do feel lucky to have been born to a family of entrepreneurs.”

Long before eToro existed, Assia was obsessed with trading. He recalls trading stocks during the dot com bubble at a young age, “That was very exciting, sort of like the crypto bubble era, or like what we’re seeing now with markets reaching all-time highs and then collapsing. You can learn a lot from that process.”

Nothing to see here

Following high school, Assia joined the Israeli Defense Force (IDF) as a programmer in the technology unit of the Intelligence Corps. During his service, Assia says, he studied for his Bachelor’s degree in computer sciences and management — and then he clams up.

“I can’t talk too much about what I did in the IDF obviously, because I was in the Intelligence Corps. I could tell you, but then I’d have to kill you.”

I decide not to pursue this line of questioning.

Emerging from the IDF, Assia became the head of technology for a company specializing in video capture platforms. It built small-factor computers that worked with cameras set to record the action at rollercoaster rides all over Europe and North America. The captured video was sent via WiFi to a booth where DVDs of the footage could be sold to riders.

But the markets continued to attract his attention. It was like a giant game, he says, where things are constantly on the move.

Yoni’s brother Ronen pointed out that the user-experience for traders was poor. Antiquated trading interfaces consisted of a collection of boring graphs and complicated spreadsheets. The brothers brainstormed how to simplify access to global markets and make the experience more enjoyable,

The brothers began building a unique trading interface by considering the kinds of platforms that enjoyed mass appeal. Taking a cue from social media apps like Facebook and Twitter, the brothers designed the experience with connectivity and gamification in mind.

Embedded chat would allow users to see each other and compare trades on the platform. One function of the new platform called Open Book “showed user trades in a big stream so you could see what everybody is trading and talk to each other about trades.”

This eventually expanded to a service called copy-trading. “The concept of copy-trading is if you don’t necessarily know how to trade, you could just find the top traders and copy them automatically.”

The timing was right for the unique concept, and the company scaled rapidly during 2008-2009. “In 2008, we already had $5.5 million revenue. In 2009 we had $17.5 million revenue. That enabled us to cross the chasm of the financial crisis and prepare ourselves for raising more funds and scaling further.”

Today, Assia says, eToro has grown to serve about 13 million users from more than 140 countries, with the platform available in 24 languages. “There’s always something happening in the markets. That’s what drives me personally. I love capital markets and crypto markets, as well.”

About that Bitcoin thing…

During the early years of eToro, Assia came across Bitcoin and was immediately blown away. Buying his first Bitcoin in 2010 “I felt that same feeling as when I first connected to the internet and made my first stock trade.”.

The financial crisis also acted as a driving force in his interest in cryptocurrency. Assia explains that it was during this tumultuous period that he learned a great deal about the nature of money and financial services. He came to the conclusion that the system was broken. This inspired him to begin writing a research blog called The Good Dollar, which has since grown into a non-profit organization that seeks to reduce wealth inequality through blockchain technology.

The fundamental problem Assia saw was that markets and the broader financial system were disconnected and opaque in nature. He wrote about how a transparent monetary system, with a public ledger that records transactions electronically, could help solve this problem.

“So when I encountered Bitcoin for the first time… that was, for me, an a-ha moment. ‘Wow, this is the money of the internet’. It’s decentralized, unregulated, not controlled by any single entity or government and it can’t be stopped. I really fell into the rabbit hole in the early days of Bitcoin.”

Bitcoin soon launched as a tradeable asset on the eToro platform, just in time for the most substantial crash in its short history. The Mt. Gox hack all-but wiped out the emerging crypto industry and the price of Bitcoin plummeted from a peak of over $1,200 to a soul-crushingly miserable low of under $220 eighteen months later.

eToro continued to offer trading of the much-maligned and highly volatile asset, but only about two percent of its clientele traded it from 2014-2017. “For a long time, I was considered kind of eccentric for pushing Bitcoin into our agenda… to push something that only two percent of our users are using compared to all other assets. Some board members and investors weren’t necessarily keen on crypto.”

2017 offered a turning point for the industry, which was most clearly illustrated on the eToro platform with the introduction of Ethereum as a tradeable asset. “We listed Ethereum at, I think it was six or eight dollars on the platform, and then saw it skyrocket all the way to $1,400. So people who came into the platform early on, some of them made 20X, 30X, 50X on crypto and that created a viral loop.”

From January to December 2017, Assia says, the number of newly-funded accounts on eToro grew a hundred times. During this crypto boom, the percentage of clients trading crypto on eToro grew from the meager two percent of previous years to nearly ninety percent of all trading.

Although the crypto market has calmed down considerably (with the standard crypto caveat that this is all relative) Assia continues to build and diversify his company’s services. He believes eToro can one day be the largest digital investment platform. Growth in the platform is squarely targeted at millennials, who Assia describes as digital natives: connected 24/7 with mobile devices as their go-to tools for accessing information.

“This is a $100 billion dollar opportunity,” Assia explains, referencing what he perceives to be the enormous room for growth in an industry that has often failed to offer an accessible user experience.

eToro aims to continue expanding its offerings with multiple products, a hub for 70 different stock markets, a wide range of currencies, commodities, ETF’s, and mutual funds. “We’re very big believers in the tokenization of assets,” he explains.

The recent acquisition of Delta, a portfolio tracker for cryptocurrency traders, fits in with Assia’s grand plan. The app will be expanded to track stocks and to connect all account assets under one roof for improved ease of use and integration. Debit cards and e-money accounts on the platform are also in the works, he says.

“There’s definitely a lot of action now,” Assia says. “What we’ve learned over the years is that markets are always volatile somewhere.” Uncertainty is ever-present in markets, which drives interest, he says. “Our goal is to help people navigate the uncertain seas of the market.”

One thing is certain; Assia has come a long way from his days as the class clown.

And I wonder what those teachers think of him now… 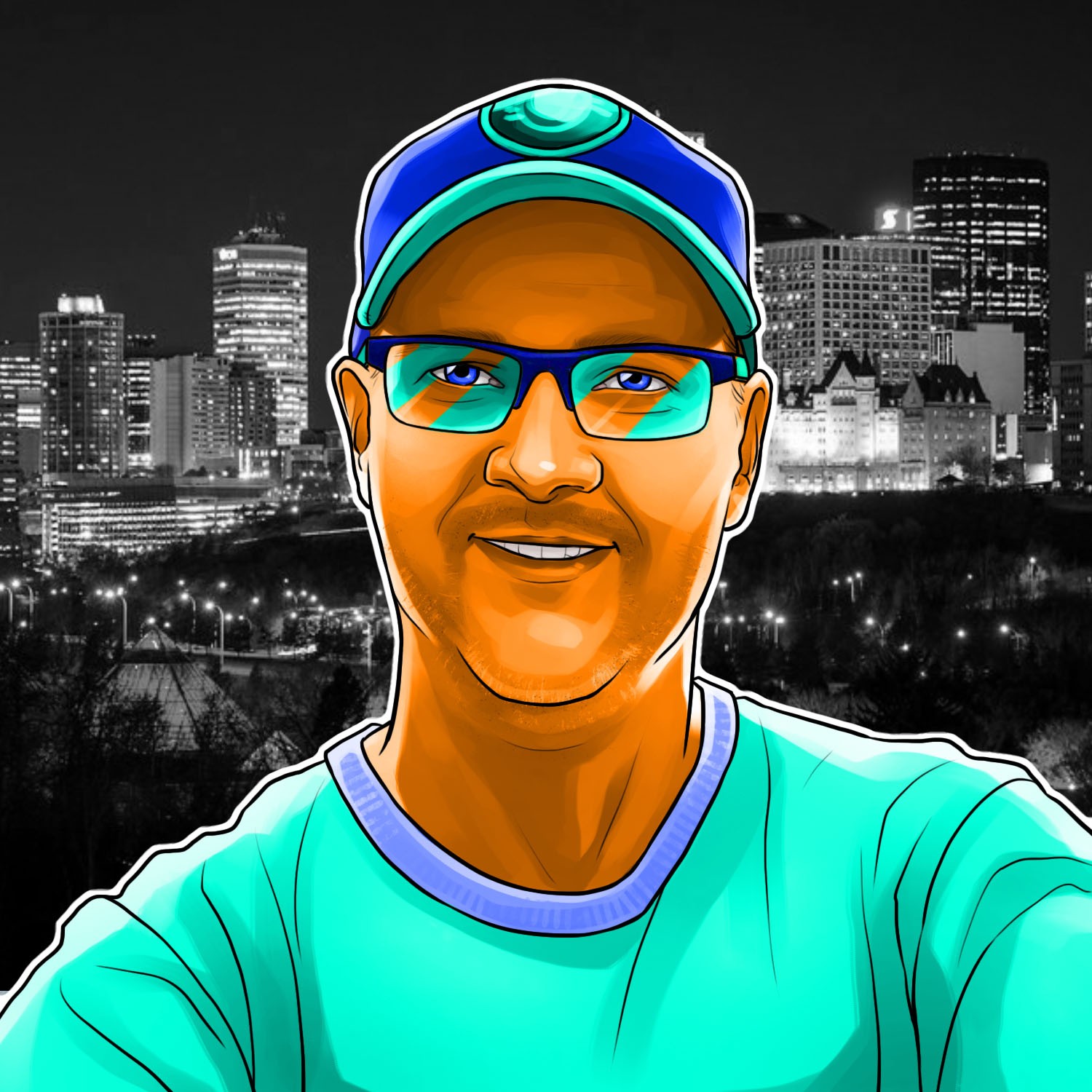 Based in Canada, Darren Kleine is fascinated with distributed ledger technology and its implications for societal change. He had written the Cointelegraph Journeys in Blockchain feature since day one.
Follow the author @_DKleine
Most popular
Features