Sweden: The Death of Money? 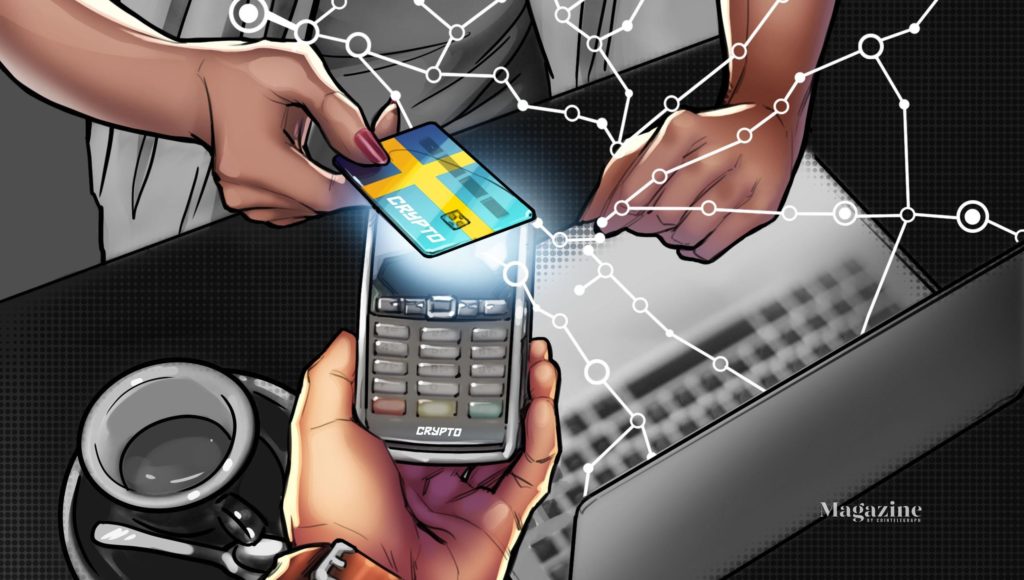 In 2009, millions of dollars was stolen during a daring helicopter heist in Sweden. The plot was so daring and brazen that it is being made into a thriller for Netflix. Although the men behind the audacious scheme were jailed, the money was never recovered.

It could be argued that such a dramatic crime will never be replicated again in the Scandinavian nation. Fast forward 10 years, and cash in Sweden is on its deathbed. ATMs are being dismantled as demand for cash dwindles — and according to the deputy governor of the country’s central bank, cash in circulation now represents 1% of Sweden’s GDP.

Cash has been on the decline as a payment method in Sweden since 2007. In the eight years that followed, electronic payments grew exponentially, with their market share rising by more than 90%. Indeed, a nationwide survey of Swedish banks revealed that just 13% of payments were settled using cash in 2018.

A global movement to ditch cash and go digital has been gaining momentum for years, but few countries can match Sweden’s pace.

The country’s government is now having second thoughts — worried about the ramifications that going cashless could have on young and old consumers. But it may be too late. More than half of Sweden’s retailers believe they will stop accepting cash altogether by 2025.

A cashless society seems inevitable. Over in Asia — especially in China – growing numbers of young people rely solely on mobile apps to make payments. Back in Europe, estimates suggest that just one in five people carry cash.

The statistics are most sobering in Sweden, where an astounding 95% of the purchases made by 18 to 24-year-olds are performed using debit cards or a smartphone app called Swish.

For Sweden’s youth, the advantages of a cashless society are clear. Cards are accepted everywhere — and unlike cash, which cannot be replaced if it is lost — smartphones and plastic come with greater protections if they are stolen or misplaced. Johan Johnson, a 24-year-old student, told the BBC: “Cash is out of date and not really necessary.”

Others are motivated by how a cash-free world can be a good thing for the environment — and eliminate the inconvenience of constantly going to a cash machine or fishing for change.

You may think banks are a hub for cash — but in Sweden, only half of its 1,400 branches accept cash deposits. Financial institutions have helped propel the movement towards a cashless society by encouraging customers to use electronic money instead. The rationale behind this is simple: when credit and debit cards are used, banks enjoy lucrative fees.

Swish was a joint effort between six of the nation’s major banks, and it has been downloaded by more than half of the country’s population. The app connects bank accounts with phone numbers, making it possible to settle payments from internet-enabled devices. It’s become so popular that “swishing” has become a verb in Swedish.

The number of retailers and small vendors who take cash is now thinning out, not least because of the expense associated with handling notes and coins in the first place. Although this isn’t a problem for locals, it can create a headache for tourists who lack the Swedish bank accounts and phone numbers required to use Swish.

Compared with other countries, Sweden is fairly upbeat about new technology. The nation has a reputation for embracing emerging trends — further catalyzing the cashless craze and fostering an environment where unicorn tech companies such as Skype and Spotify can thrive.

One of the most futuristic inventions to gain traction in recent years are microchip implants. Thousands of Swedes have had chips implanted in their hands that mean payments can be settled without the need for cash — an advancement that even makes smartphones seem antiquated. In a development that reads like it’s straight from a sci-fi novel, microchipped commuters can pay for their train tickets with a wave of their hand.

Concerns over the government’s role in Sweden’s retail payment market are on the rise.

A fully cashless economy would mean individuals have no choice but to rely completely on the private sector for payment methods. With no notes and coins from the central bank, the country would be wandering into unprecedented territory. This has prompted Swedish politicians to propose a bill that would compel bigger banks to handle cash.

Sweden’s central bank is also planning to roll out a digital version of the krona, its national currency. As well as having parity with the traditional krona, the institution would provide an infrastructure for electronic transactions — and banks would be given the opportunity to build payment services that connect end users to the central bank.

According to a Forex Bonuses study, Canada, the United Kingdom, France, the United States, China, Australia, Germany, Japan and Russia join Sweden in the world’s biggest cashless economies. In China, for instance, Alipay and WeChat pay have dominated the retail payment market as the preferred payment option — with bank cards highly preferred as a payment option among wealthy individuals. Bangladesh and Kenya are some of the leading developing countries that are seeing an increase in the use of mobile payment platforms like M-Pesa and bKash.

In India, the government has banned 500 and 1,000 rupee banknotes — the highest in circulation. Over in Australia, financial institutions are reacting to a decline in cash payments by launching a national platform designed to make digital payments instantaneous. Academics are upbeat it could reduce lines in supermarkets, drastically reduce organized crime, and increase tax revenues for the government.

Risks of a cashless society

As cashless payments in Sweden and the rest of the world increasingly become popular, conversations about the risks of a completely cashless economy have also gained traction. A consumer group in Sweden has warned a move to a cashless economy would leave many retirees behind.

Elderly Swedes like Majlis Jonsson, who is in her 70s, prefer using cash. The former teacher does not feel secure using her card in certain places, is nervous about using computers, and says the cashless movement has made her life more expensive. And she isn’t alone: more than one in three Swedes are over the age of 55.

Ola Nilsson, a spokesperson for the Swedish National Pensioners’ Organization, told the BBC in the same article that its 350,000 members aren’t necessarily against a cashless future. Instead, they want to ensure vulnerable individuals are catered for, that they can still put their money into the bank, and that changes aren’t brought in too swiftly.

It seems Swedish politicians are beginning to realize that greater thought is needed to the ramifications of a cash-free world. Leaders in parliament have called for the country to reflect on the pros and cons instead of “sitting back and letting it happen.” Mats Dillén, the committee leader examining the issue, has even warned that there would be major implications for society and the economy if cash disappeared altogether.

Those who are poor, disabled and living areas are often hardest hit by the transition to going cash-free — and there are other risks, too. IT failures and cyber attacks can take networks relied upon by millions offline within seconds, bringing daily commerce grinding to a halt.

Cash is easy to steal and hard to track — and a cashless world could clamp down on financial crimes and eliminate the costs associated with printing and storing banknotes. It could also be a game changer for transactions from one country to another, meaning payments clear within seconds instead of days. This has the potential to reinvent the remittances market, where many foreign workers end up paying high fees to send money back home to their loved ones.
Although economists argue that a cashless economy could reduce economic uncertainty, all of this hinges on achieving a smooth transition that ensures every member of the population is taken into account when new infrastructure is introduced. This means protecting vulnerable groups in society, giving people time to get acquainted with new systems, and keeping the old way of doing things in place — at least temporarily. 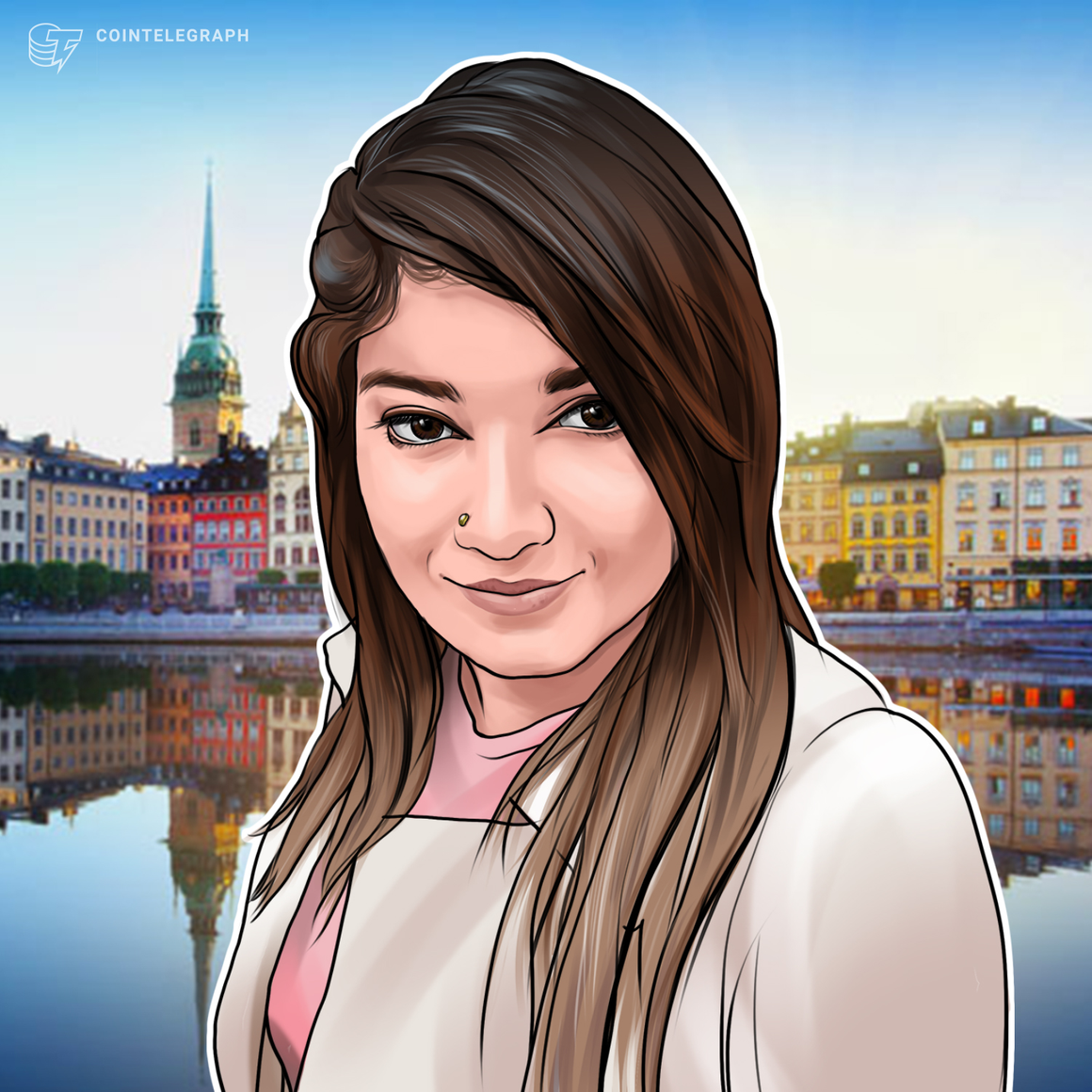 Jinia is a fintech writer based in Sweden. Shawdagor is passionate about cryptocurrency, blockchain and gaming, and has contributed to a wide variety of publications since 2013.
Most popular
Features