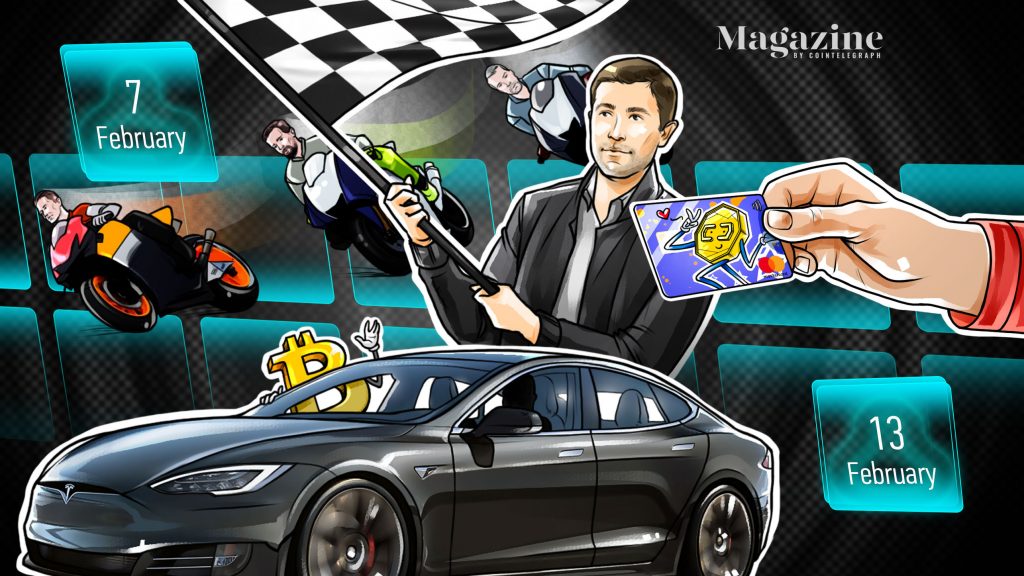 The past week is going to go down as one of the best in Bitcoin’s history. It all began when an SEC filing revealed Tesla has invested $1.5 billion in BTC and planned to start accepting crypto as a payment method.

BTC’s price immediately leaped to record highs on the news, surging by 20% in 24 hours. The announcement came weeks after Elon Musk added #bitcoin to his bio and revealed he supported the cryptocurrency.

Tesla’s Bitcoin exposure represents about 7.7% of its gross cash position, and the news has sparked hopes that other major corporations will follow suit. Galaxy Digital’s Michael Novogratz predicted that “every company in America” will emulate the electric vehicle maker by allocating part of its balance sheets to BTC.

But some treasury experts have been left scratching their heads over the change in Tesla’s investment strategy, with critics describing the move as “unusual” and “risky.” JPMorgan also piled in and said the purchase might not trigger a ton of similar investments.

Tesla was just the tip of the iceberg, with a flurry of announcements proving that Bitcoin is now firmly in the mainstream.

Mastercard unveiled plans to start supporting crypto this year, paving the way for almost 1 billion people to spend digital assets at more than 30 million merchants. The company said the move was about giving its customers choice.

Elsewhere, PayPal revealed that its crypto service is going to be rolled out in the U.K., making it the first international market since a successful launch in the U.S. last fall.

Twitter, home to crypto-friendly CEO Jack Dorsey, confirmed it is looking into how it might pay employees who wish to be compensated in Bitcoin. Chief financial officer Ned Segal added that the social network is exploring whether it needs to have BTC on its balance sheet.

There was more to come. BNY Mellon, America’s oldest bank, announced that it will offer crypto custody services for institutional clients. Its chief executive, Roman Regelman, told the WSJ: “Digital assets are becoming part of the mainstream.” Other major banks, such as JPMorgan, now believe they’ll eventually have to get involved in BTC.

Speculation is now growing that Apple will be one of the next companies to embrace Bitcoin. The cherry on top of the cake came when the crypto-focused fintech platform BitPay revealed that card owners can now pay for goods and services using Apple Pay.

Many high-profile analysts openly predicted last year that $50,000 was a realistic price target for 2021. Just six weeks into the year, BTC has come tantalizingly close to this level.

Despite Bitcoin’s value trebling in the space of just three months, several crypto traders believe that the scene remains exceedingly bullish… and those looking for a local top might end up being disappointed.

One analyst, Cheds, told Cointelegraph: “In my view, bulls are still in complete control, and every day, we get more news of institutional adoption and demand and that, more than anything, will be the driving force.”

ETH broke $1,800 this week, setting new records several times along the way. All of this came as Ether futures made their long-awaited debut on CME.

It’s also been a very lucrative few days in the altcoin markets. Cardano has surged 71% over the past seven days, and Polkadot is up 49%, with Binance Coin crushing the competition after clocking gains of 103% in the space of a week. Even XRP managed to break $0.60 once again, which has the Sword of Damocles hanging over its head.

BNB’s gains are undoubtedly linked to the record levels of traffic coming to the Binance exchange, with the platform suffering an outage on Thursday as it went down for maintenance.

The total value locked in decentralized finance also managed to crack $40 billion this week. However, much of this surge is likely down to the soaring value of Ether rather than a dramatic explosion in activity.

Not everyone is rolling around in $100 bills as a result of the crypto bull run. Dogecoin founder Billy Markus has revealed that he sold off his DOGE stash in 2015 for an amount equivalent to a used Honda Civic.

All of that means that he missed out on the Dogecoin mania that has helped the joke cryptocurrency gain 900% since late January, fueled by tweets from Elon Musk.

Writing on Reddit, Markus said that he can’t comprehend the prospect of DOGE ever reaching $1, writing: “That would make the ‘market cap’ larger than actual companies that provide services to millions, such as Boeing, Starbucks, American Express, IBM.”

Musk recently revealed that he had bought some DOGE for his nine-month-old son so he can be a “toddler hodler,” but there are fears that his days of tweeting about crypto could be numbered. Legal advisors have warned the billionaire that his social media activity and public statements could come under scrutiny from the SEC.

Among the biggest 100 cryptocurrencies, the top three altcoin gainers of the week are Avalanche, BitTorrent and The Graph. There’s just one altcoin loser in the top 100 this week: Ampleforth.

Cryptocurrency has become a worldwide transaction of which you cannot even identify who owns what. The technology is so strong that I don’t see the kind of regulation that we can do. Bitcoin has made our currency almost useless or valueless.

I see the promise of these new technologies, but I also see the reality: cryptocurrencies have been used to launder the profits of online drug traffickers; they’ve been a tool to finance terrorism.

New account registrations are still open, not sure for how long. Also seeing ATH on this. Better get an account soon.

It would not be surprising — given the focus on the chief executive’s tweets, Bitcoin pricing and recent dramatic market moves — for the SEC to ask questions about the facts and circumstances here.

Digital assets are becoming a more important part of the payments world. We are here to enable customers, merchants and businesses to move digital value — traditional or crypto — however they want. It should be your choice, it’s your money.

Bought some Dogecoin for lil X, so he can be a toddler hodler.

The main issue with the idea that mainstream corporate treasurers will follow the example of Tesla is the volatility of Bitcoin.

Markets are going up heavily, but we’ll be seeing some downwards momentum as well. Nothing goes up in a straight line.

I wouldn’t be surprised to see there being almost some sort of a race now — you have Elon Musk, you have Michael Saylor, Jack Dorsey. You’re gonna see a lot of other visionary leaders in disruptive companies actually realizing that it’s really moved from ‘why’ to ‘why not.’

The target for consolidation is near $52k, where I’m expecting a bit of a correction but the measured move overall should take us towards $63,000.

Any wallet that won’t give you your private keys should be avoided at all costs.

Central banks should ban the trading of it, and force anyone who holds Bitcoin and wants to use it in any transaction, to exchange it for another currency that does not have such a damaging side effect.

ETH futures go live on the CME today. This is huge. This is a bridge to institutions. This is a green light from U.S. regulators. ETH is becoming globally accepted commodity money.

If [Apple] decides to enter into the crypto exchange business, we think the firm could immediately gain market share and disrupt the industry.

We expect to begin accepting bitcoin as a form of payment for our products in the near future.

The popular analyst filbfilb has declared that “the game has changed” for Bitcoin — and has revealed what he thinks will come next for the world’s biggest cryptocurrency.

The Cointelegraph Markets contributor has said that he’s anticipating “a bit of a correction” once BTC hits $52,000 but believes “the measured move overall should take us towards $63,000.”

And on the matter of corporate adoption, he wrote: “I really don’t think people understand that S&P 500 companies owning Bitcoin means that by default people’s pensions are exposed to Bitcoin. The % of people invested in Bitcoin has already reached the masses, they just don’t even know it.”

An Ethereum-based project has ceased development due to rising gas prices, as the cost of transacting on the blockchain continues to push new highs.

Unite, which aimed to offer social media tokens, said the original idea for the project has been rendered unfeasible by the recent spike in fees, with the average cost of using Ethereum rising by a staggering 35,600% since last January.

The startup intended to allow social media users on sites such as Twitter and Discord to distribute Ethereum ERC-20 tokens to their audience and community. Developers also confirmed that they have decided against building the platform on a layer-two solution.

Blockfolio’s Signal feed was briefly compromised this week, with some users receiving racist messages within the company’s app.

Bankman-Fried didn’t name the culprit but stressed that funds were not jeopardized at any time. He also confirmed that Blockfolio has now fixed the vulnerability that led to this situation.

The executive has been praised for his handling of the situation, and he has apparently added $10 to the trading accounts of affected users, as well as donating to organizations dedicated to fighting racial and societal injustice.

India’s crypto ban is coming, hodlers to be given transition period: Bloomberg

It’s reported that the use of cryptocurrency in all forms will be prohibited under the new law — meaning transacting through foreign exchanges won’t be allowed either.

Crypto exchanges have reacted with dismay to the news. Unocoin co-founder Sathvik Vishwanath said: “If government goes ahead with banning all cryptocurrencies, except the one backed by the state, it will not make sense to continue our business in India. But we’ll have to wait and watch.”

The Indian government has been determined to clamp down on crypto use after the supreme court overturned the RBI’s blanket ban on local banks providing services to businesses dealing with crypto.

Moment of truth? Tesla purchase is the moment Bitcoin has been waiting for

Despite some expected near-term volatility, Tesla’s exploration of the crypto realm will likely help the industry scale up to new heights.

Coincidence? Company stocks rise after they buy Bitcoin as a reserve

The market caps of most companies that bought Bitcoin have increased recently, but is that solely thanks to BTC?

Are business leaders signaling the technological future they believe is coming to pass — an international and decentralized one? 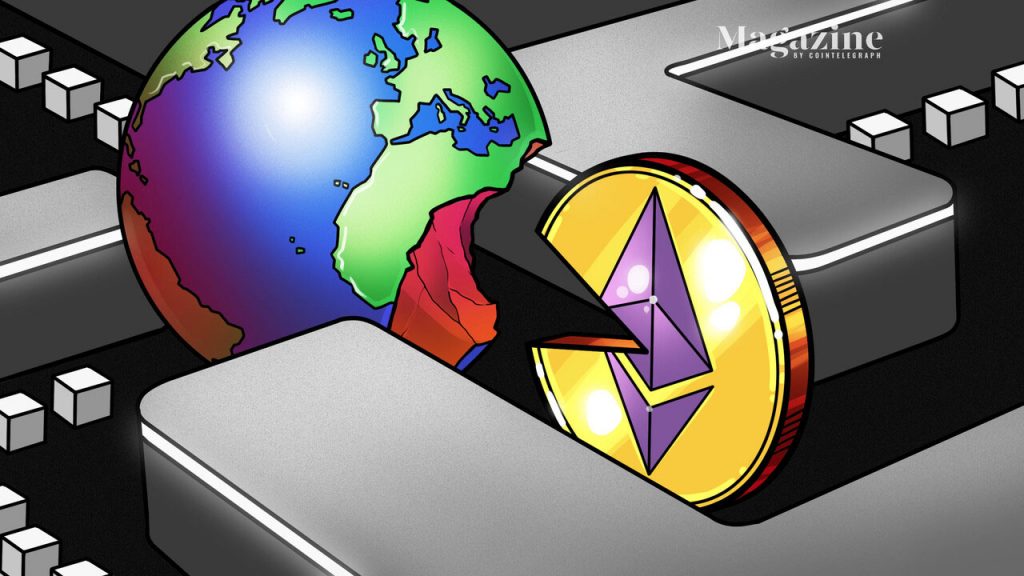 Ethereum is eating the world — ‘You only need one internet’ 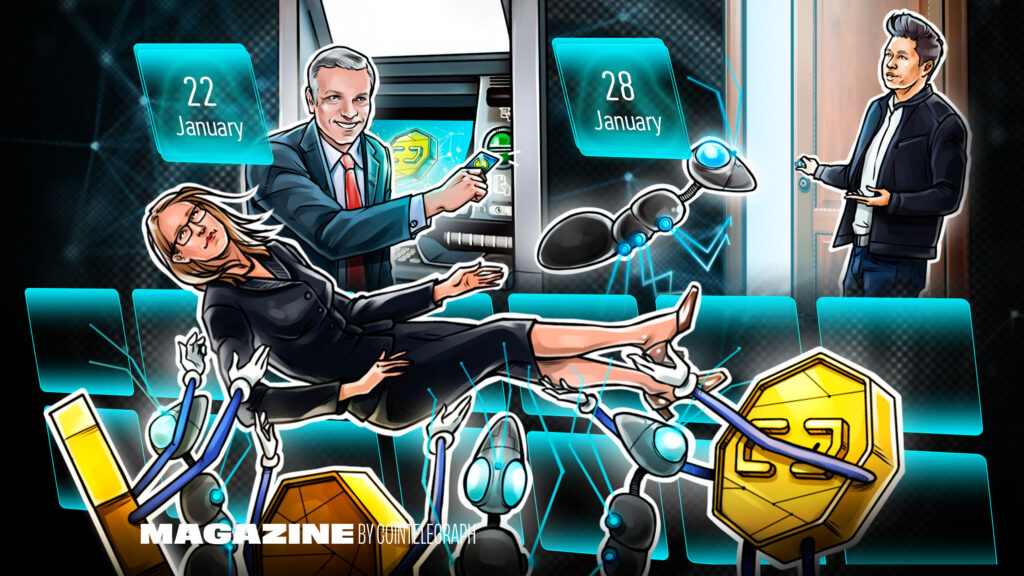