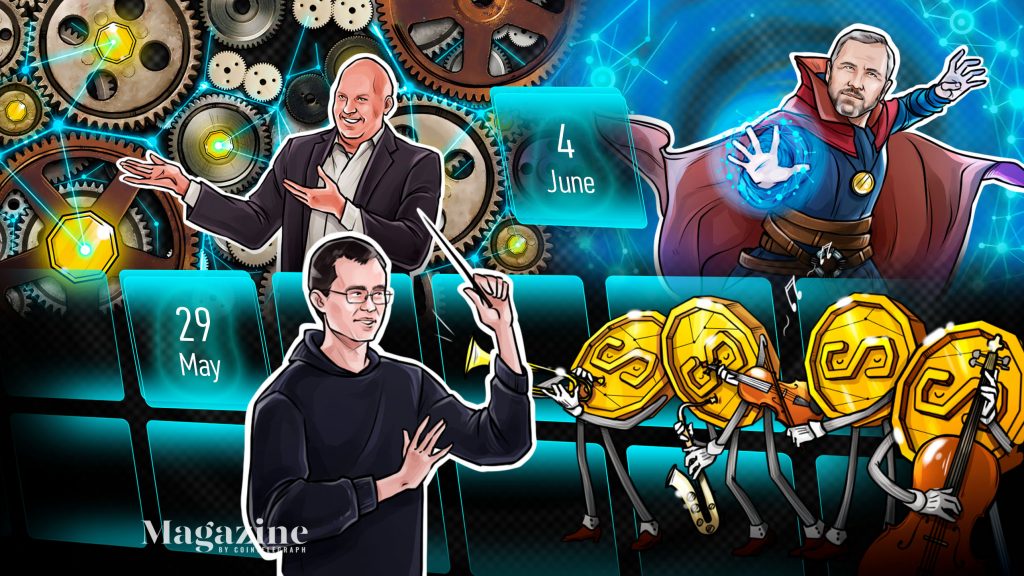 Fed money printer goes into reverse: What does it mean for crypto?

Over the last two years or so, the United States Federal Reserve has flooded the financial system with excess liquidity — benefiting stocks, crypto and other markets as well. Now, the Fed is going in the opposite direction in order to combat inflation. In addition to raising interest rates, the central bank has begun the process of quantitative tightening (QT). It’s not entirely clear how the crypto markets will respond to the Fed’s QT efforts, but the short-term outlook probably isn’t good for risk assets.

United States crypto exchange Gemini faces action from the U.S. Commodity Futures Trading Commission (CFTC) for certain alleged activity dating back to 2017. The CFTC essentially asserts that Gemini acted dishonestly in 2017 during its push to add Bitcoin futures trading contracts to its offerings. The commission claims Gemini was not honest during its evaluation process.

“Gemini has been a pioneer and proponent of thoughtful regulation since day one,” Gemini told Cointelegraph in response to the lawsuit. “We have an eight year track record of asking for permission, not forgiveness, and always doing the right thing. We look forward to definitively proving this in court.”

Residents of the city of Shenzhen could receive some of China’s central bank digital currency, the e-CNY, as part of an airdrop. Shenzhen is working with one of China’s top food delivery apps to airdrop a total of 30 million e-CNY in a lottery-style giveaway for certain app users. At least 15,000 in-app merchant portals allow the e-CNY as a form of payment. China has stuck to a strict COVID restriction playbook, leading to economic difficulties. The airdrop is intended to spur consumer spending and reinvigorate the economy.

South Korean government becomes an early investor in the Metaverse

South Korea has made several crypto-centric headlines in recent weeks, ranging from its interest in crypto regulation to it now investing in the Metaverse. The country plans on putting roughly $177 million toward the Metaverse as part of its “Digital New Deal” program. The money will go into developing a Metaverse platform touting government services for citizens, as well as toward different Metaverse projects. This investment tags South Korea as a global pioneer in terms of government Metaverse interest.

A new bill from Japan, reportedly going into play in 2023, will only allow licensed banks and registered money transfer agents to issue stablecoins. The regulation aims to provide more protection around stablecoins, given their growing popularity. Japan’s intent to regulate stablecoins comes amid a crypto bear market that has seen declining asset prices and the downfall of a major stablecoin, TerraUSD Classic (USTC).

We could actually imagine the entire global economy running on the blockchain like 30 or 50 years from now.

If properly managed, if well managed, I think algorithmic stablecoins in theory should work.

How will we ever reduce wealth inequality when our regulatory system has financial discrimination at its core? It’s time to remove the ‘Sophisticated Investor’ discrimination rules that advisors use to hide behind and allow everyone access to financial advice and services.

We have changed our position on mining, and also permit the use of cryptocurrency in foreign trade and outside the country.

I don’t think we’re living in a single-chain world.

There are too many general-purpose blockchains that are effectively competing with Ethereum (and one another) in a race to the bottom on fees. Only so many of them can survive.

Although Bitcoin charts saw some positive moves during the first part of this week to close out May, June brought back sub-$30,000 price action, based on Cointelegraph’s BTC price index.

Using former BTC price data as a backdrop in line with Bitcoin’s halving cycle (roughly four years), pseudonymous Twitter user and CryptoQuant contributor Venturefounder suggested the asset could see a macro price bottom in the next half-year. As part of a tweet thread, the analyst said Bitcoin could reach a depth between $14,000 and $21,000. The analysis included parallels to 2018, the focal year of the last crypto bear market. Price action currently lines up with historical Bitcoin cycles.

In the aftermath of the Terra ecosystem collapse, Terra 2.0 and its related LUNA 2.0 asset launched on May 28, with the price of token falling sharply after the unveiling. Terraform Labs CEO Do Kwon’s revival plan included distributing LUNA 2.0 to certain participants of the old Terra ecosystem. Roughly a day later, Binance announced that it had completed its first airdrop of the new LUNA tokens to certain users. Between the time of Cointelegraph’s Monday article (linked above), and the writing of the Binance airdrop article on Tuesday, LUNA 2.0 rose in price from $5.71 to $9.25.

Additional proof-of-work (PoW) mining operations in New York could be put on hold for a two-year period, pending approval from the state’s governor. A bill temporarily banning new PoW mining outfits, as well as license renewal of current players, was passed by the New York State Senate. One exception to the bill, however, is the allowance of fresh PoW mining players that only use renewable energy for their work.

Former OpenSea employee Nathaniel Chastain has been charged with insider trading, wire fraud and money laundering. During his time as product manager for the NFT exchange, Chastain allegedly traded numerous NFTs based on non-public knowledge. Claims include that his job allowed him to influence which NFTs the platform’s main page featured, which he then used to his personal advantage. Chastain quit his post at OpenSea after the entity requested his exit as a result of discovering the foul play, according to OpenSea. The development raises questions as to NFTs possibly being tagged as securities.

“I think I just broke the NFT market.”

Anonymous culture in crypto may be losing its relevance

Although anonymous teams have built some of the leading infrastructure in crypto, many new participants in the ecosystem are using their real identities. 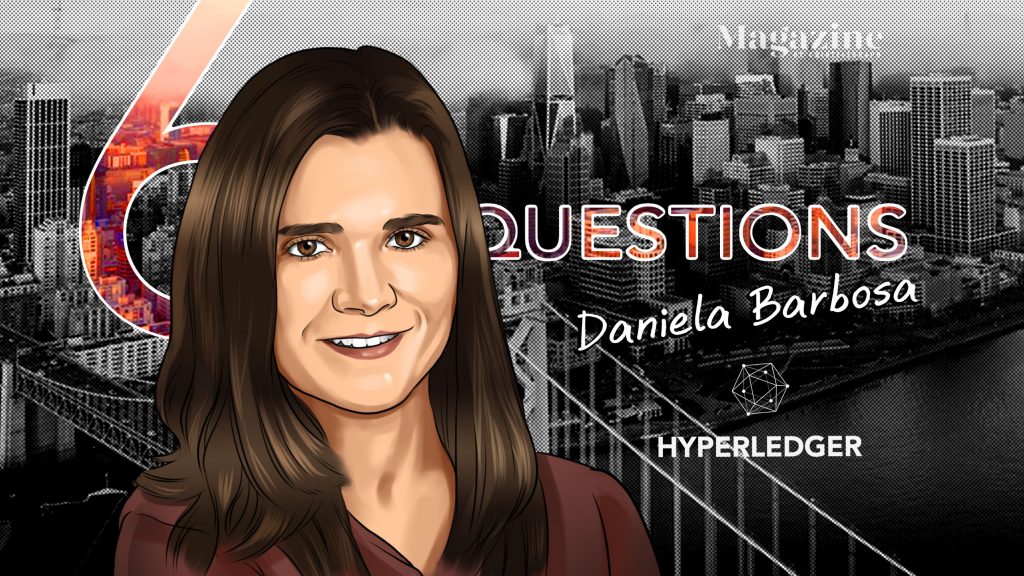 6 Questions for Daniela Barbosa of Hyperledger 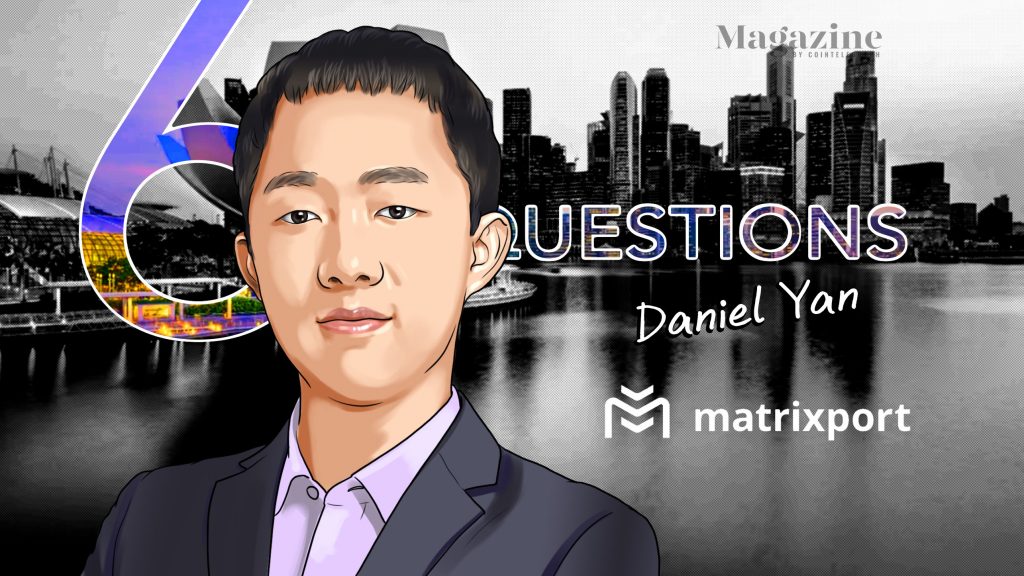 6 Questions for Daniel Yan of Matrixport