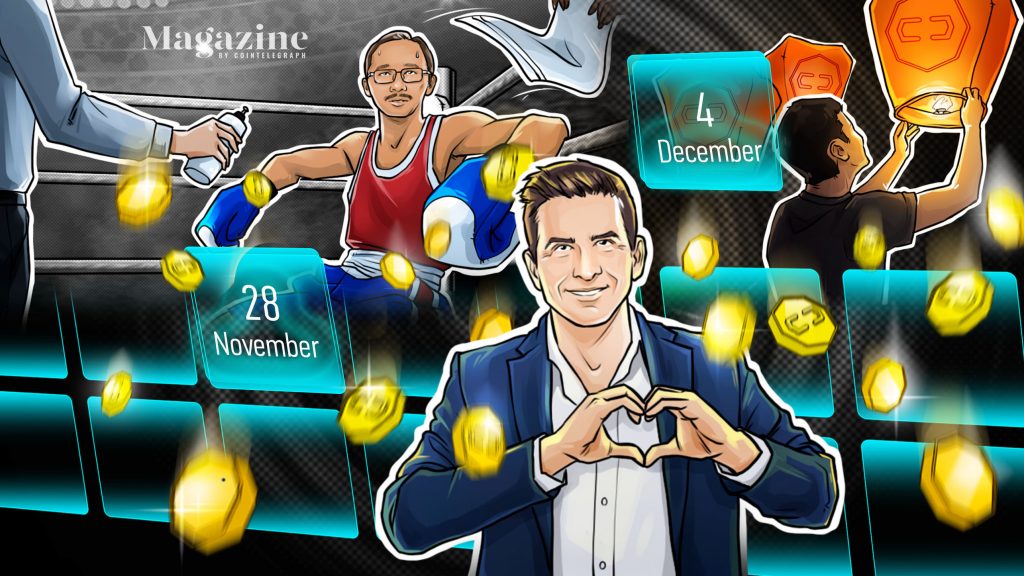 With the long-awaited transition to Eth2 coming closer to fruition, Ethereum co-founder Vitalik Buterin outlined an “Endgame” roadmap on Monday to finally achieve the landmark upgrade.

While Buterin did not address the centralization issue with block production as the network works towards scalability, the 27-year-old essentially solved everything else to do with block validation.

“We get a chain where block production is still centralized, but block validation is trustless and highly decentralized, and specialized anti-censorship magic prevents the block producers from censoring,” Buterin explained.

Speaking of Eth2, major crypto exchange Coinbase added a mirror version of Ethereum’s native token, ETH, labeled Eth2, to its crypto price index on Tuesday. The new listing had no trading activity but was priced the same as ETH.

Despite the rollout of Eth2 not being expected until at least mid-2022, Coinbase listed a token bearing its name just days ahead of the smart contract network’s “Arrow Glacier” upgrade that will give devs more time to work on the groundwork for Ethereum 2.0.

On Thursday, Coinbase also announced that it will be expanding the platform’s support to crypto hardware wallets starting with Ledger’s models. The rollout will be phased in gradually from the start of 2022.

According to reports from local media outlets, India’s leading private bank, Kotak Mahindra Bank, became the first of its kind to partner with a crypto firm after it penned a deal with top crypto exchange WazirX.

The deal, which enables traders to liquidate their digital assets via Kotak’s banking services, marks a major milestone for a local crypto industry that has been bogged down by countless issues presented by the banking sector and the Indian government.

“WazirX has opened an account with Kotak which can be used to receive and pay money to investors trading on the exchange. The account is yet to become operational. Paperwork, KYC, and some testing are on,” said one of the people familiar with the matter.

President Joe Biden’s crypto skeptic nominee for the Office of the Comptroller of the Currency, Saule Omarova, withdrew her candidacy from consideration on Tuesday.

Omarova is a divisive figure who has essentially called for the banking and crypto sectors to be gutted on many occasions, often sparking widespread pushback from Republican politicians who hold opposing views and have tacitly accused the professor of harboring Marxist sympathies.

Commenting on her withdrawal from the candidacy, Biden said that “Saule was subjected to inappropriate personal attacks that were far beyond the pale.”

On Wednesday, global payments giant Visa unveiled a new consulting and advisory service for crypto-curious firms, financial institutions and retailers that are looking to take the plunge into the sector.

Visa said that its crypto-focused advisory services can advise on anything from crypto features and services to NFTs and CBDC-focused digital wallets.

According to Visa, the company’s interest in crypto is driven by the need to remain competitive and meet consumer demand. Citing a recent in-house study, Visa said that “40% of crypto owners surveyed report they would be likely or very likely to switch their primary bank to one that offers crypto-related products in the next 12 months.”

“If DeFi were to become widespread, its vulnerabilities might undermine financial stability. These can be severe because of high leverage, liquidity mismatches, built-in interconnectedness and the lack of shock absorbers such as banks.”

I do think that once regulation comes on board, we’ll see a whole new class of investors into this space. And I think that’s what we’ve seen in other jurisdictions, like over in Singapore.

“Because we have access to sensitive information and upcoming policy, I do not believe members of Congress should hold/trade individual stock and I choose not to hold any so I can remain impartial about policy making. […] I also extend that to digital assets/currencies (especially bc I sit on Financial Services Committee).

“We don’t want banks to be directly involved in digital asset trading because banks are [responsible] for customer deposits and the public and there is risk.”

In a world where money becomes a core feature of the internet, the U.S. should aggressively promote the use of the dollar as the primary currency of the internet, and leverage that as a source of national economic competitiveness, security and a major upgrade needed for more efficient and inclusive financial services.

We don’t need knee-jerk reactions by lawmakers to regulate out of fear of the unknown rather than seeking to understand.

Over the past couple of weeks, Bitcoin has suffered bouts of downward price action, reaching a low of $41,614 on Dec. 3, according to Cointelegraph’s Bitcoin price index. Since then, BTC’s price has traveled in a range between $46,000 and $52,000.

On Monday, crypto trader and podcaster Scott Melker, also known as The Wolf Of All Streets on Twitter, gave his thoughts on the Bitcoin market.

Crypto’s top asset could potentially be rangebound between $42,000 and $53,000 for multiple months, Melker tweeted. On a broad level, the trader noted $53,000 as a hurdle to break above in order to continue on an upward price route for BTC.

“Everything between the two numbers now is ranging chop that will drive traders into a panic,” Melker added. “People will be extremely bullish at 53K and bearish at 42K if either is reached.”

Crypto exchange BitMart was the victim of a hot wallet hack that resulted in the loss of almost $200 million worth of digital assets.

Blockchain security and data analytics firm PeckShield first highlighted the hack on Sunday after it identified two nefarious transfers worth $100 million on Ethereum and $96 million on the Binance Smart Chain. According to the company, the hack was a straightforward case of transfer out, swap, and wash.

The hackers made away with a mix of over 20 tokens, including Binance Coin, Safemoon, BSC-USD and BNBPay, along with large amounts of meme coins such as BabyDoge and Floki Inu.

India to set maximum penalty for violating crypto norms at fine of $2.7 million or 1.5 years in jail

According to reports from Bloomberg’s Indian unit, BloombergQuint, the local government may soon outline penalties for non-compliance to its upcoming crypto policies. The publication noted that the punishments could range from a maximum fine of 20 crore rupees ($2.7 million) or 1.5 years in jail.

While the regulatory landscape is currently opaque in India, it has been previously reported that Indian investors may soon have to shift their crypto holdings to exchanges that are regulated under the oversight of the Securities and Exchange Board of India.

Pundits are expecting Prime Minister Narendra Modi to give crypto investors a deadline to comply with the new rules and declare their assets before cracking down on any misbehavior.

Gaming giant Ubisoft saw major pushback this week from the gaming community after it announced its new NFT project dubbed “Quartz” on Wednesday. It appears that fans of the company were peeved at what they perceived as a quick cash grab, with thousands of people threatening to boycott the company.

The Assassin’s Creed developer’s YouTube video introducing the new project and roll-out of its usable in-game NFTs named “Digitz” received a 96% dislike video ratio. In fact, comments slamming the project received more likes than the video itself, with user “OperatorDrewski” commenting that:

To me, this is a blatant signal that you’re just milking the Ghost Recon franchise for literally every cent while putting in minimal effort into the actual game itself. Not playing a GR game in the future if there’s this level of degeneracy in the team.

Nobody loves cookies: Where the European Union General Data Protection Regulation falls short and what can be done.

“Because the crypto space is largely a challenge to central banks, at least in a lot of people’s minds, then anything that happens in banking and finance is interesting to us.”

Despite being built on the idea of connectivity, the Metaverse could instead break the internet apart. The solution lies in how the business is done. 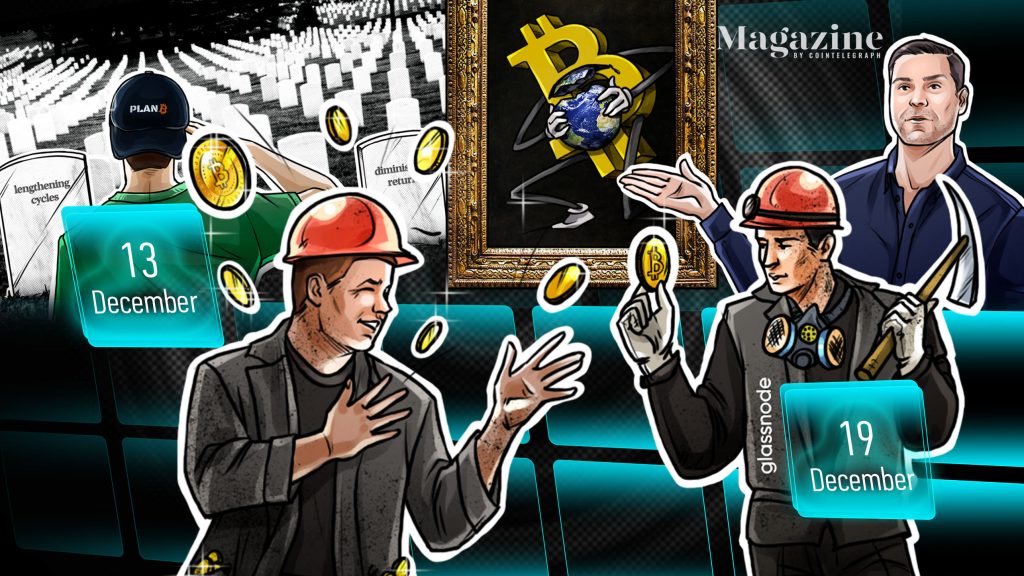 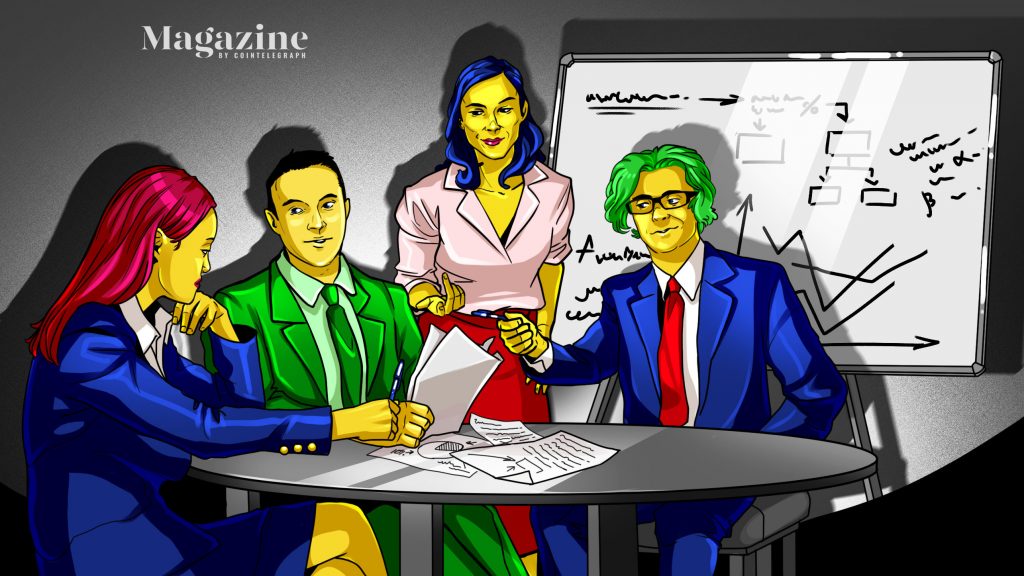 Crypto PR: The good, the bad and the shoddy