William Shatner Tokenizes his Favorite Memories on the WAX Blockchain

“They’re odd pieces — the detritus of my life, like leaving the dust of a comet behind me." 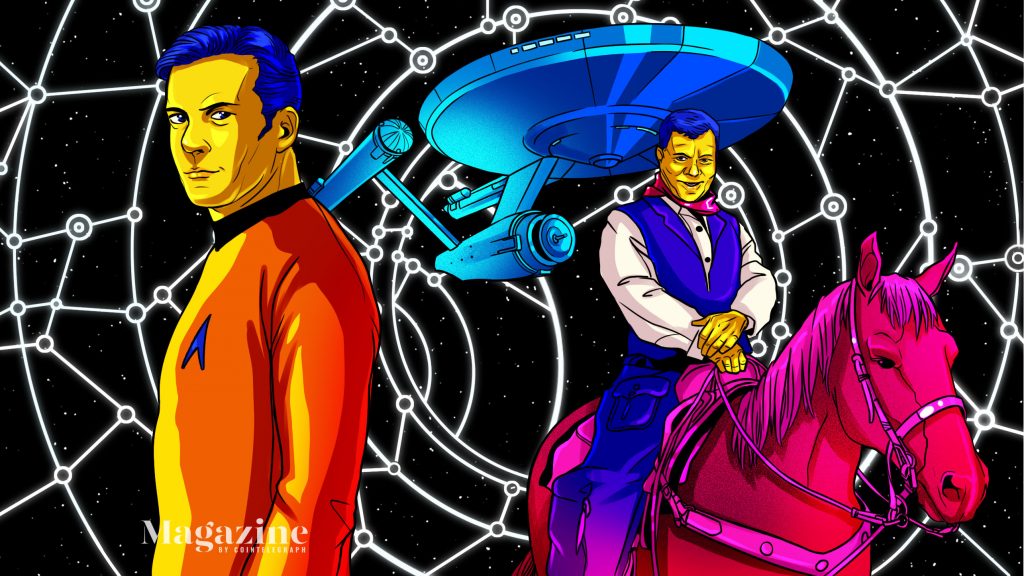 If there’s one thing that has no need of preservation on a blockchain, it’s the burbling thunder of William Shatner’s self-deprecating chuckle.

You grew up with it — if you’ve ever owned a television it’s part of your cultural heritage. No matter how many years may go by between starring roles, it’s as familiar and comfortable as the aroma of Marmite to an English expat.

He isn’t committing his laugh to the WAX blockchain, but as he launches a new set of non-fungible token trading cards (NFTs) based on his life-lived-large, he’s sharing memories and rarities from a career that spans seven decades, such as a newly-unearthed newspaper clipping of a young Shatner as understudy to Christopher Plummer’s Henry V.

As the original star of a franchise that spawned an estimated $10 billion in revenue over the years, and the man who sat in a Command Chair that subsequently fetched over $300,000 at auction, Shatner has become acutely aware of the importance of provenance.

“It’s critically important both to the person who wants one unique thing, or someone who spends a great deal of money on a very expensive object and wants to be sure it isn’t a counterfeit,” he explained in an interview with Cointelegraph Magazine.

Shatner delved into the world of blockchain technology and collectible provenance with Third Millennia co-founder Paul Camuso via a partnership with Mattereum last year, and he has already released a number of signed Captain Kirk action figures using the platform. But this new venture will bring his memorabilia to a wider audience.

Shatner’s new trading cards feature scenes from his life, from the 1930’s to the present. “I have very few of those past records available, because I have always thought it was the next thing that counts, not yesterday. So I’ve disposed of, thrown away pictures, memories, because they’re a source of sadness for me,” he explained.

He may be the only man in the cryptocurrency arena for whom the word “telegram” doesn’t immediately raise the specter of SEC enforcement actions, angry investors, and a TON of trouble. Because among the eclectic mix of items available for collectors will be a telegram — in its original sense — from producer Ray Stark (The World of Suzie Wong), as well as an image of the actor with the Jupiter 8 (a futuristic car ostensibly built by aliens and featured briefly in a 1968 episode of Star Trek) and even photos from his first modeling assignment.

They’re odd pieces — the detritus of my life, like leaving the dust of a comet behind me.”

“Even down to an old joke… I have these dental records, and the joke is, this is something I can get my teeth into,” said Shatner. “It’s just an X-ray of a tooth. But it’s my tooth!”

For Star Trek fans, a poignant image of Shatner hugging longtime friend Leonard Nimoy may be one of the most anticipated cards.

Blockchain for boomers… and beyond

While Captain Kirk remains the iconic character for which William Shatner is arguably most famous, his work over the decades has brought T.J. Hooker to life for Gen X’ers, Denny Crane into the living rooms of older Millennials… and even Generation Z is upvoting The UnXplained on The History Channel this year.

It’s this inter-generational appeal that makes Shatner’s advocacy for technology so relevant. While blockchain has certainly earned a reputation for being tough to implement and use, visionaries and futurists are key to attracting the early majority to new use-cases.

“We’re in the infancy of electronic communication,” declares Shatner, who has seen a few changes in his time and is likely one of the few blockchain industry participants who pre-dates the Howey Test, the oft-derided standard for evaluating securities that some believe constrains progress. “Just think where this will be in five years.”

The revolution is coming, not merely in the streets but in the ether. It’s a revolution of knowledge.

As an actor, musician, writer, director and futurist, knowledge is Shatner’s playground; he epitomizes the Renaissance Man (and as if to prove the point, he even competes in equestrian events with a horse by that name). His advocacy for the industry, and his ability to communicate with diverse audiences regarding its possibilities, mean that his alliances with blockchain companies could help popularize the technology.

WAX has clearly identified pop culture as a way to the masses: the Worldwide Asset eXchange has already deployed other non-fungible trading cards on its emerging blockchain — a recent launch of Garbage Pail Kids cards with Topps sold out in just 28 hours.

And in line with the previous successful launch, WAX will be offering the chance to win a ‘golden collectible’ card that can be redeemed for an autographed headshot… or even a signed figurine.

Preserving these tokens on a blockchain ensures that their history and provenance is beyond dispute, and that every buyer can trace the past sales prices and transfers of the cards if they choose to trade, sell, or gift the NFT in the future.

Everyone is (non) fungible!

In the very first episode of Boston Legal, Shatner’s recently-passed real-life friend (and fellow Star Trek alum) René Auberjonois storms into Denny Crane’s office to remind him that “Everyone is fungible!”

While the character is wrong — Crane is, in fact, irreplaceable — the point is well made. In a world of corporate lawyers, one suit looks very like another. It’s not a view to which Shatner himself subscribes.

We’re unique. Each individual is unique. And the older you get… the more people you meet… the more empathy you have for the difficulty of living a good life.

“I believe that there is a uniqueness to all life — dogs are unique, horses are unique, they are individuals and they need to be appreciated for that,” he continues.

Shatner believes that as we continue to take tentative steps in the world of memory preservation, merely being online isn’t enough. He states that “Putting something on a blockchain is forever,” and that “We’ve come up with a variety of things that are uniquely me, and it will be up there on WAX.”

Vinay Gupta of Mattereum reinforced the point, telling Forbes’ Michael Castillo last year that “The tech we’re working with isn’t just the blockchain, but the technology of human memory.”

Shatner himself continues to create memorable moments every day.

“I’ve got a blues album and an autobiographical album coming out, if you can believe it. I’m working on an animated video. And the show, The UnXplained, which is very popular. I’m going on the road with a number of shows; I did the last show at the Apollo in London [just before the UK’s stay-at-home order in March 2020]. I was wondering if anyone would show up, but most of them did… and then everybody went back into their homes and never came out!”

And although this limited edition will never be released again, what are the chances that Shatner has plenty more memories to commit to the blockchain in the future? After all, “Boldly going home and staying there” doesn’t quite fit his continuing mission to illuminate technology. 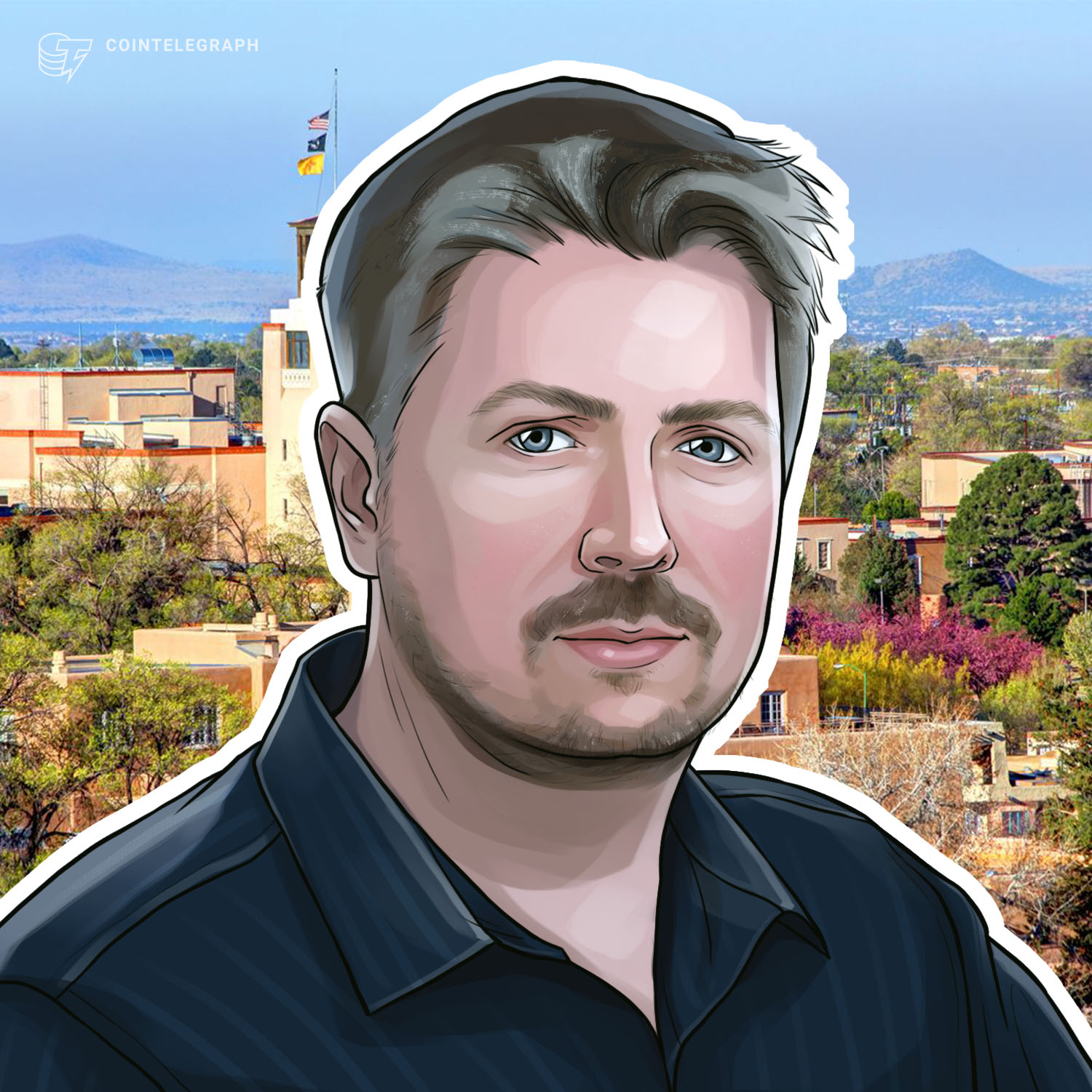