32778 Total views
200 Total shares
Listen to article
0:00
News
Own this piece of crypto history
Collect this article as NFT

Monday, Nov. 19: after showing some signs of recovery yesterday, Nov. 18, cryptocurrency markets experience another dramatic fall. Bitcoin (BTC) dipped below the $5,000 mark, with some of the top 20 coins falling by as much as 20 percent at press time, according to CoinMarketCap.

After a modest attempt to clamber into the green zone on Nov. 18, BTC today has slumped by over 10 percent on the day and is trading at around $4,977 as of press time. On its weekly chart BTC has lost 21.37 percent. 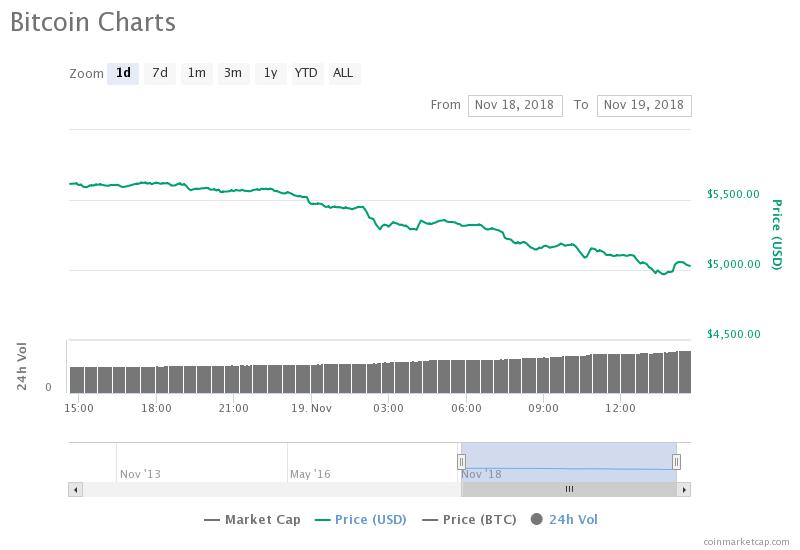 Ripple (XRP) is down almost 2 percent on the day, and is trading at $0.495 at press time. The coin has retained its position as the second largest cryptocurrency by market capitalization since it managed to displace Ethereum (ETH) on Nov. 15. XRP’s market cap is around $20 billion, while ETH’s is over $15.8 at press time, according to CoinMarketCap. 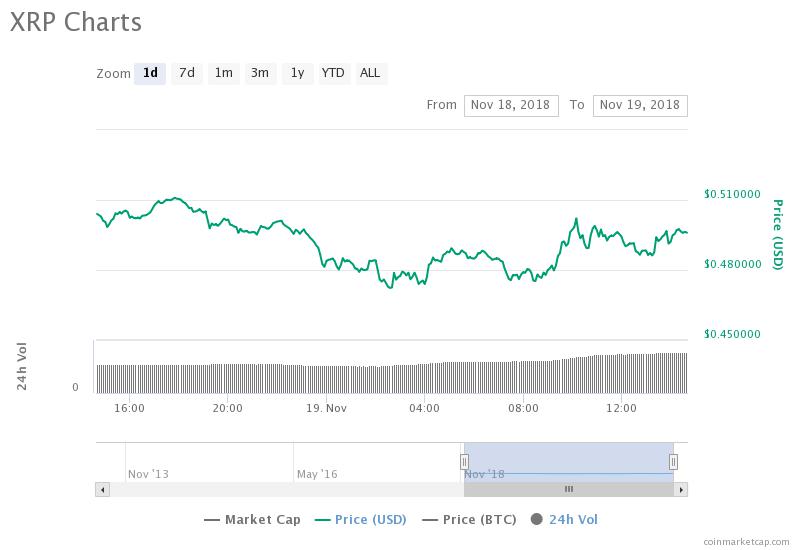 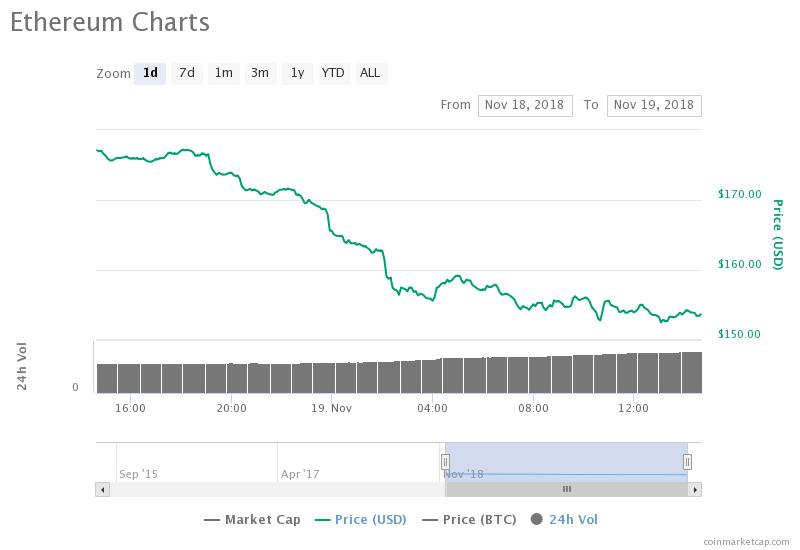 Total market capitalization of all cryptocurrencies dipped as low as $164 billion today, marking the lowest point on its weekly chart. Daily trade volume is around $19.6 billion. 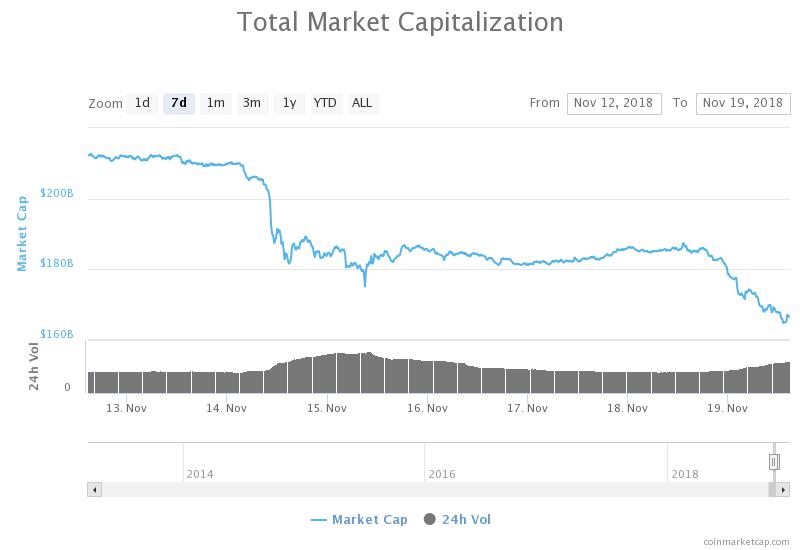 While crypto markets have been experiencing a steep decline, Netherlands-based ‘Big Four’ auditor KPMG released a bullish report on cryptocurrency Nov. 15. The report argues that institutional investors must join the industry for it to “realize its potential.”

“In 2018, we are seeing a wave of new entrants in the market such as security token platforms, stablecoins, and even established financial services institutions that are launching crypto products and services. Cryptoassets are now impossible to ignore,” the report reads.

Today Cointelegraph also reported that Bitcoin-based smart contract protocol Rootstock (RSK) is integrating with spin-off project RIF OS to expand its scope of operations. This will purportedly enable the RSK protocol to go beyond Bitcoin and Ethereum network support and include various P2P functions and “accelerate the adoption of open source blockchain technology worldwide.”