North American Bitcoin Conference that took place in Miami last week gathered around 4,000 people including entrepreneurs, investors, lawyers and leaders who came together to speak to the crypto community. The conference has come a long way from the 100 attendee event in 2012. Its founder Dr. Moe Levin hosted this year’s event that informed crypto community of current developments, investment opportunities, and trends and provided a great atmosphere to network. The conference hall by Louis Kang

Inside of the James L. Knight Convention Center industry speakers such as Overstock CEO Patrick Bryne, the American Institute for Economic Research’s Jeffrey Tucker and BitInstant CEO Charlie Shrem addressed a packed audience. They spoke about Blockchain technology, digital assets and the economic history and future of Blockchain technologies such as Bitcoin. Two weeks previous to the opening the conference has stopped accepting cryptocurrency payments for ticket purchases due to “network congestion.” However, the event made it clear that there are benefits to decentralizing some centralized systems.

But...we are in a bubble

Sean Walsh reminded in his “Breaking Down Bitcoin” presentation that the cryptocurrency market has unprecedented characteristics and that it does not get its fundamental value in a conventional way like the stock markets most investors are used to.

Many speakers acknowledged that we are in a bubble. Charlie Shrem said in his Fireside Chat that although it is possible to invest in several different Blockchain related companies, a number of these companies will fail. However, even if just two of the 100 companies you invest in succeed, it could be worth it. Shrem then reminded of the dot-com bubble, where tons of websites like Pets.com flopped. However, we also got websites like Amazon and Google that came out of the dot-com bubble and prospered. 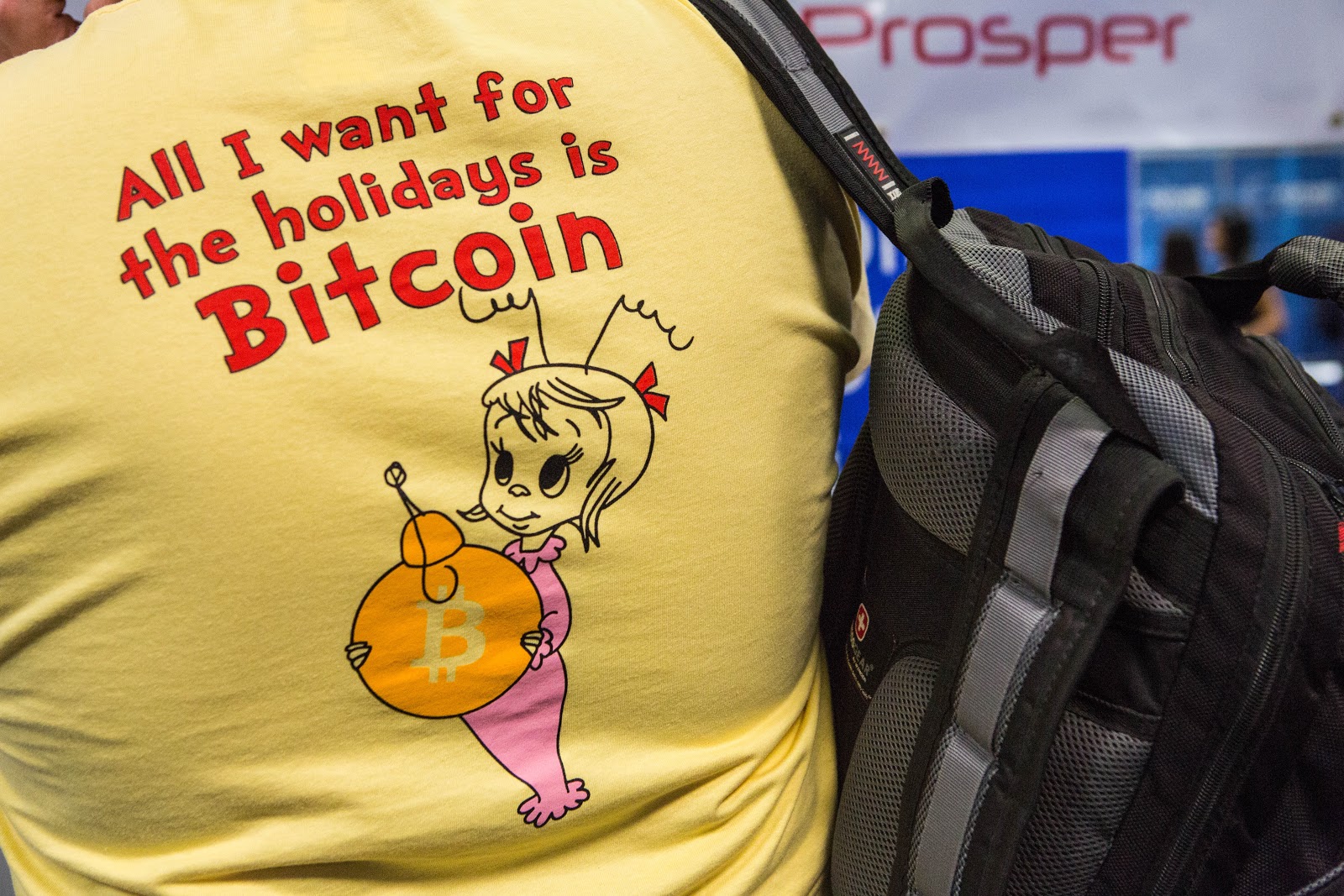 Looking for fame and money

The exhibit hall was mostly comprised of companies looking to launch their projects in the upcoming months and companies displaying developing technologies in the Blockchain space such as AI, Bitcoin Automated Teller Machines (ATM) and virtual reality. A number of the companies exhibiting also spoke to the audience in the conference hall regarding the goals of their project in hopes to acquire funding from investors. With an increasing market capitalization in the cryptocurrency market, the number of crypto investors increases. A regulatory panel concluded that cryptocurrency regulation is on its way on both the criminal prosecution and on the consumer protection policy side of things.