To address the after-effects of the bushfires in Australia, Binance Charity Foundation is donating $1 million in BNB tokens to the Australia Bushfire Donations project. 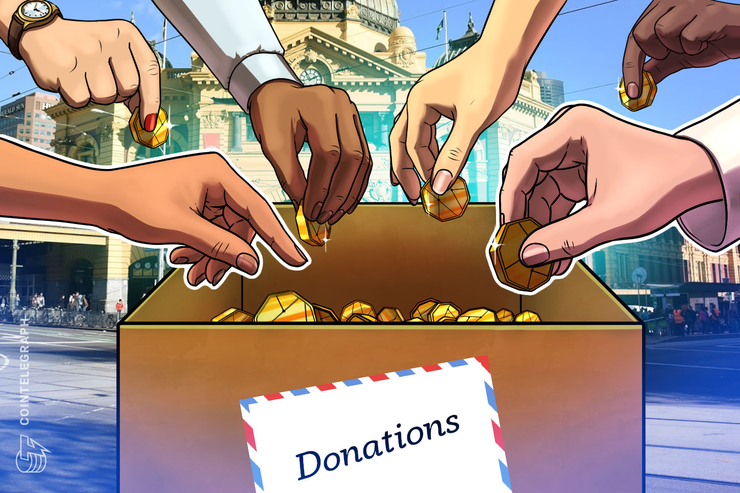 To address the after-effects of the bushfires in Australia, the Binance Charity Foundation (BCF) is donating $1 million worth of BNB tokens to the Australia Bushfire Donations project.

In a Jan. 7 blog post, BCF — the philanthropic arm of major cryptocurrency exchange Binance — announced the launch of a new charity project dubbed Australia Bushfire Donations, to which BCF is donating $1 million worth of Binance’s native Binance Coins (BNB). The funds raised within the project will be used to help relieve the devastating impact of fires across the continent.

Since the Australia Bushfire Donations is a blockchain-based initiative, it ostensibly ensures that all BNB donations and distribution will be open to the public for verification. BCF says it intends to reach out to as many local organizations as possible in order to pass on received donations. Commenting on the situation, Binance CEO Changpeng Zhao urged the crypto community to support Australia, saying:

“It is painful to see the bushfires burning across Australia as well as the devastating effects on the ecology and local community. We want to help this urgent crisis. Donating for Australia Bushfires charity program is the most direct and effective approach to make an impact, and we are also calling for the whole crypto community to join us in supporting Australia.”

Australia has been fighting the bushfires — which mostly affected the south-east of the country, with over 20 people confirmed dead and nearly 2,000 homes destroyed — since last October. The first week of January reportedly saw more than 8.4 million hectares burned across the whole country.

At press time, the Australia Bushfire Donations had received 19 donations in BNB, worth a total of just under $1 million. Individual donors include the exchange, crypto travel service TravelByBit, and several private and anonymous individuals.

“Let's show the world the power of #bitcoin. All donations are going to the Rural Fire Service.”

The initiative has subsequently been picked up by other community members, including Ainslie Bullion, one of Australia's leading bullion and cryptocurrency dealers, senior market analyst at trading platform eToro Mati Greenspan, and veteran trader Scott Melker, among others.

The crypto and blockchain community has initiated an array of campaigns aimed at helping people in need around the world, with traditional philanthropic organizations like UNICEF and the World Wildlife Fund (WWF) also explored the benefits of cryptocurrency contributions.

Last November, the Red Cross societies of Norway, Denmark and Kenya launched a two-year plan to replace cash and voucher provision in aid and development efforts with blockchain-backed "local currencies."

In September of last year, ConsenSys, a blockchain startup founded by Ethereum’s co-founder Joseph Lubin, and the WWF launched an Ethereum blockchain-based platform Impactio designed to supervise and fund projects within nongovernmental organizations and standalone companies, as well as to trace how companies’ funds are spent within social impact projects.

The Rainforest Foundation — a New York-based non-profit NGO working in Central and South America — also reached out to the crypto and blockchain community to ask for their support to fight against deforestation and forest fires in Brazil.