Binance and Bithumb deny their Shanghai offices have been raided by Chinese police, and Bitcoin completely wipes out the gains from its October rally.

Heads were turned this week when reports suggested that Binance and Bithumb, two major crypto exchanges, have closed their offices in Shanghai following raids by Chinese police. However, not everything is as it seems, with both companies claiming that the rumors aren’t true. Binance has said such a police operation would actually be impossible because it doesn’t have offices in the city, while Bithumb insisted that its Shanghai team is continuing to operate “steadily without pause.” A spokesperson for Binance told Cointelegraph that the company has been subject to a spate of negative articles in the Chinese media — and urged journalists to check whether their sources are telling the truth. On Saturday, CEO Changpeng Zhao (CZ for short) went one further and vowed to sue The Block, accusing the industry media outlet of false reporting.

Despite the robust denials from Binance and Bithumb, China is keeping a watchful eye on crypto exchanges that are operating illegally in the city of Shenzhen. Authorities there have reportedly identified 39 platforms that have fallen afoul of the country’s trading ban — however, it’s unclear what consequences these businesses would face. Some analysts have claimed this crackdown will mainly focus on Ponzi schemes and crypto frauds, with PrimitiveCrypto founding partner Dovey Wan claiming that Shenzhen has become a “hub” for such companies. Indeed, CZ has actually welcomed China’s stance, telling Wan: “This is actually a very good thing to happen, cleaning up the industry of scammers and fraudsters.”

Bitcoin crashes back to $7,400, completely wiping out the October rally

After facing a slow grind down to $8,000 in recent days, BTC/USD finally succumbed to bearish pressure and fell into the low $7,000s — the levels seen prior to Bitcoin’s 42% price rise on Oct. 25. It is believed that the rumored Binance raid in China was a contributing factor towards the precipitous drop. Altcoins weren’t immune from the bloodbath in the crypto markets either, with some showing losses close to 10% on Friday. In response to BTC’s lackluster performance, crypto analyst and Cointelegraph contributor Flib Flib said: “Probability would suggest BTC/USD will need to spend a little more time testing below $7,000 before there is a significant bullish reversal.” The week’s turbulence had another painful consequence: the overall cryptocurrency market cap fell below $200 billion for a time. 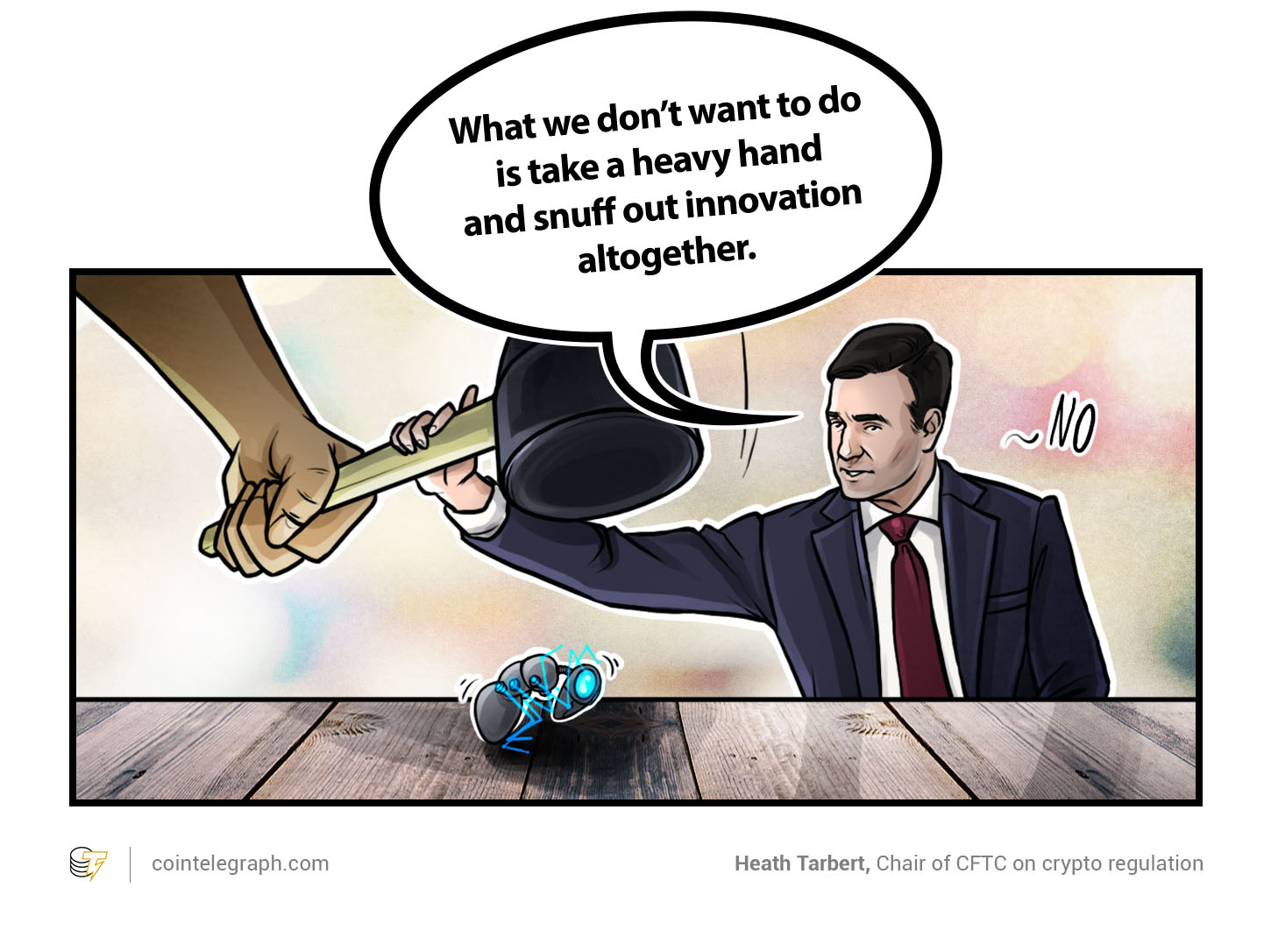 In happier news, Binance has announced that it has acquired the well-known Indian exchange WazirX. It is hoped that the move will make access to crypto easier for a population of more than one billion people. The takeover means users will be able to use rupees to buy and sell digital currencies — and it’s likely to prove a much-needed morale boost for the Indian crypto community given the government’s hardline approach. Local journalist Kashif Raza told Cointelegraph that WazirX’s decision to join forces with the industry giant was likely driven by the ongoing regulatory uncertainty, which has seen several exchanges shut their doors. For now, a proposed law that would result in a 10-year jail term for those who deal in cryptocurrencies has been put on ice, as the draft bill has not been introduced to parliament for the coming winter session.

Aaaand some slightly less happy news. The Bitcoin mining giant Canaan Creative only managed to raise $90 million in its initial public offering — over 75% less than what was expected. The company had failed to secure an IPO in Hong Kong last year, and subsequently shifted its attention to the U.S. as it pushed for a funding target of $400 million. Alas, Canaan suffered a major blow last week when it lost its banking partner Credit Suisse. The financial institution was reportedly concerned about whether the offering could secure sufficient orders, and the size of the IPO was subsequently slashed to $100 million. Despite the setback, this is the first Bitcoin mining giant to successfully navigate the choppy waters of an IPO — beating fellow rival Bitmain to the punch. 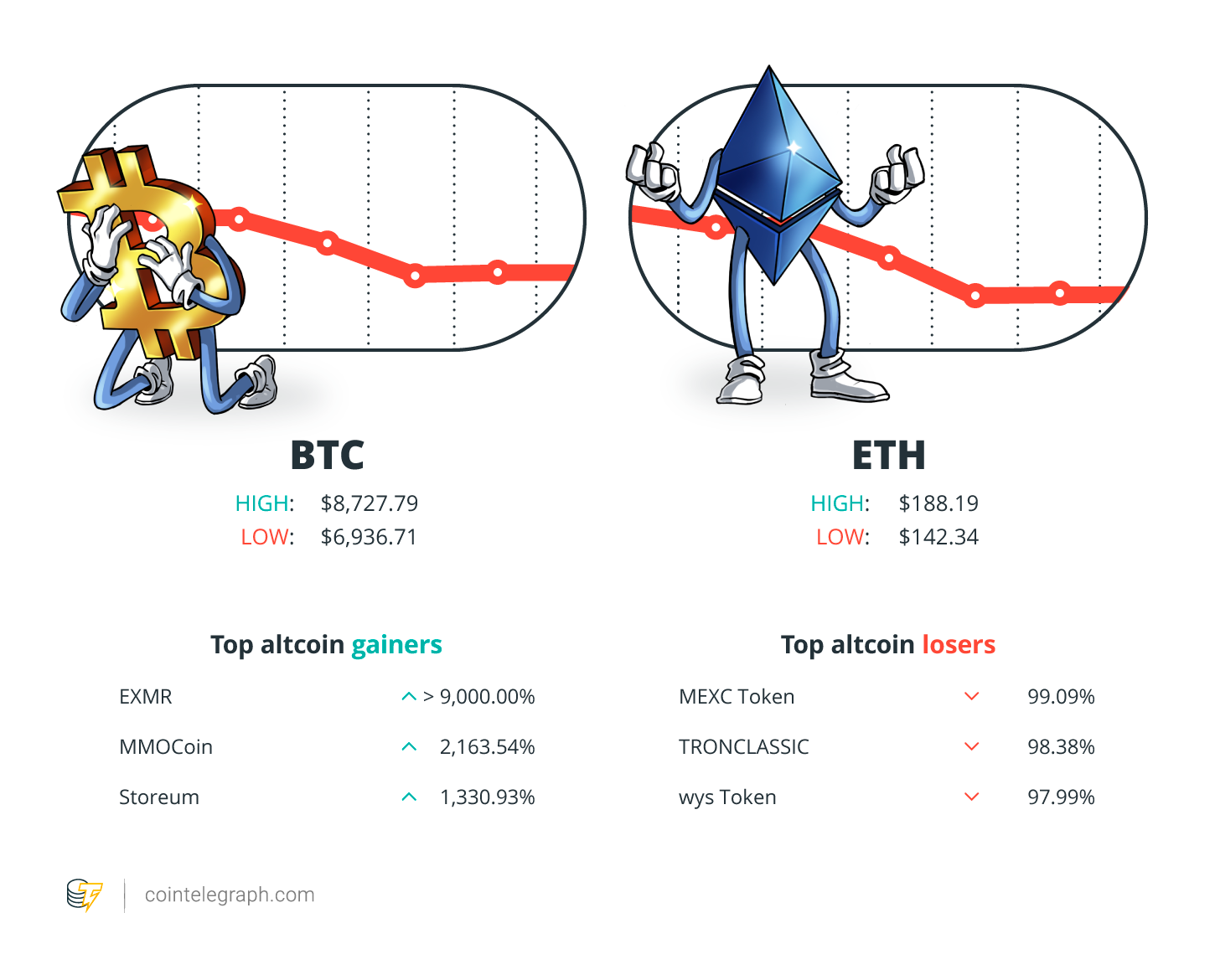 “I think what they did was ridiculously stupid. The way they rolled it out… Yeah, you know it was just so… It was just so in your face.”

“The layoffs are a preemptive measure, meant to stave off the unexpected, including the possibility of an economic downturn [...] We think that acting now is best for the long-term health of the business.”

“Binance has no fixed offices in Shanghai or China, so it makes no sense that police raided on any offices and shut them down.”

“We think there’s a lot of promise to blockchain technology. It’s intriguing to us, but it really needs to do something that the traditional rails can’t do.” 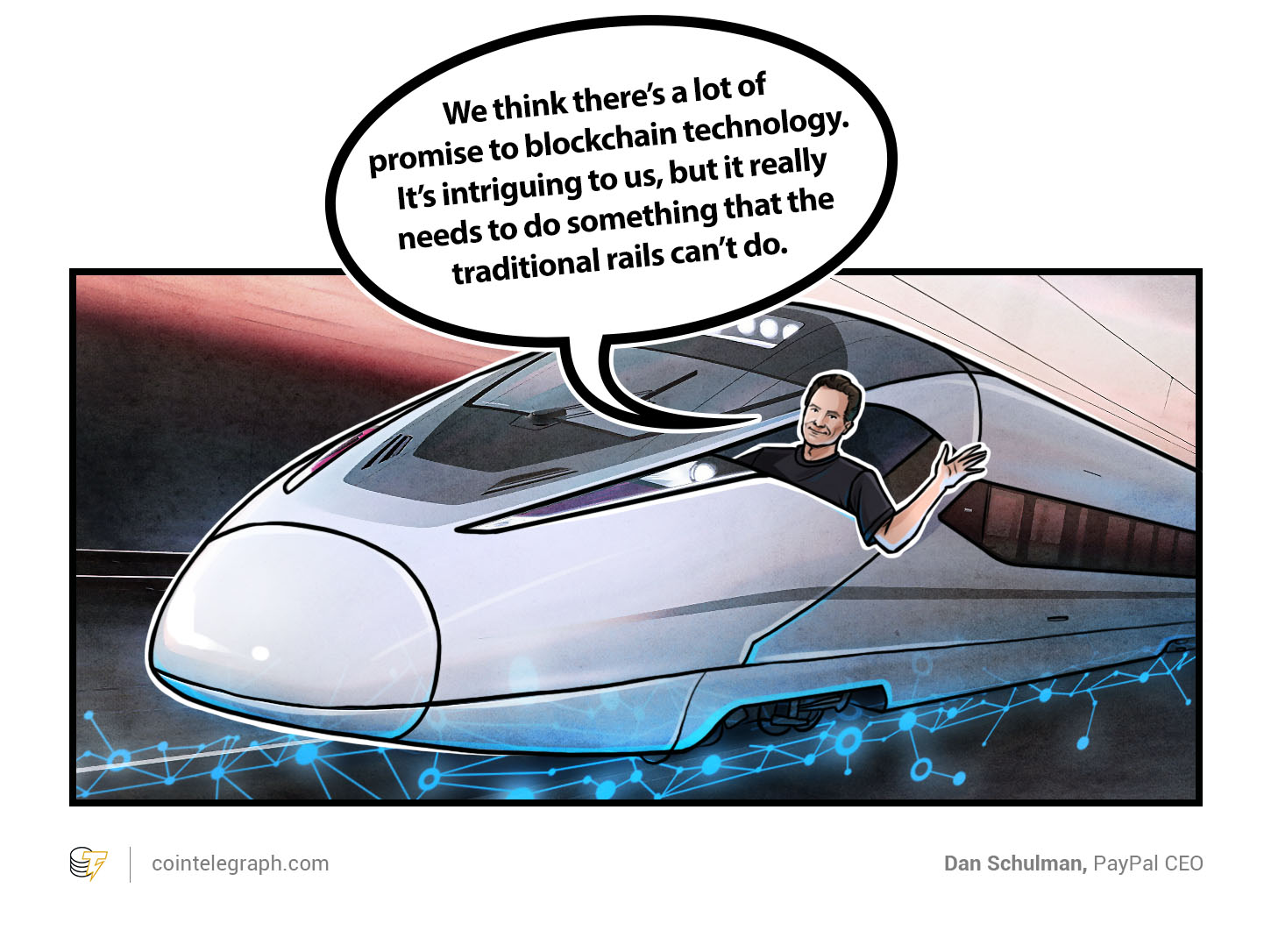 “Bitcoin’s supply schedule initially hooked me, but Lightning was the force that was pulling me in [...] a store-of-value asset exhibiting medium-of-exchange currency speed and scale is unprecedented in human history, and worth pursuit.”

“What we don’t want to do is take a heavy hand and snuff out innovation altogether,”

“When we saw [Facebook] talking about doing a basket of currencies with weighting, in reality when we want to translate that back to real-world currencies it’s not simple.[...] It’s really naïve.”

Bitcoin may hit $4,500 but miners have mostly capitulated, analysts say

In light of the Bitcoin beating this week, there’s been no shortage of crypto pundits offering their take on what’s going to happen next. The well-known statistician and crypto analyst Willy Woo thinks that BTC has almost reached rock bottom for 2019 — but warned that markets could yet sink as low as $4,500 before “the halvening” next May. Flib Flib, who we mentioned a little earlier, even said he is “totally back in cash” because the BTC slump is showing no obvious signs of reversal. Another respected analyst, Peter Brandt, also believes that Bitcoin prices will get worse before they get better — and revealed that he believes a floor of $5,500 may be possible. Brandt added: “I think the surprise might be in the duration and nature of the market.” 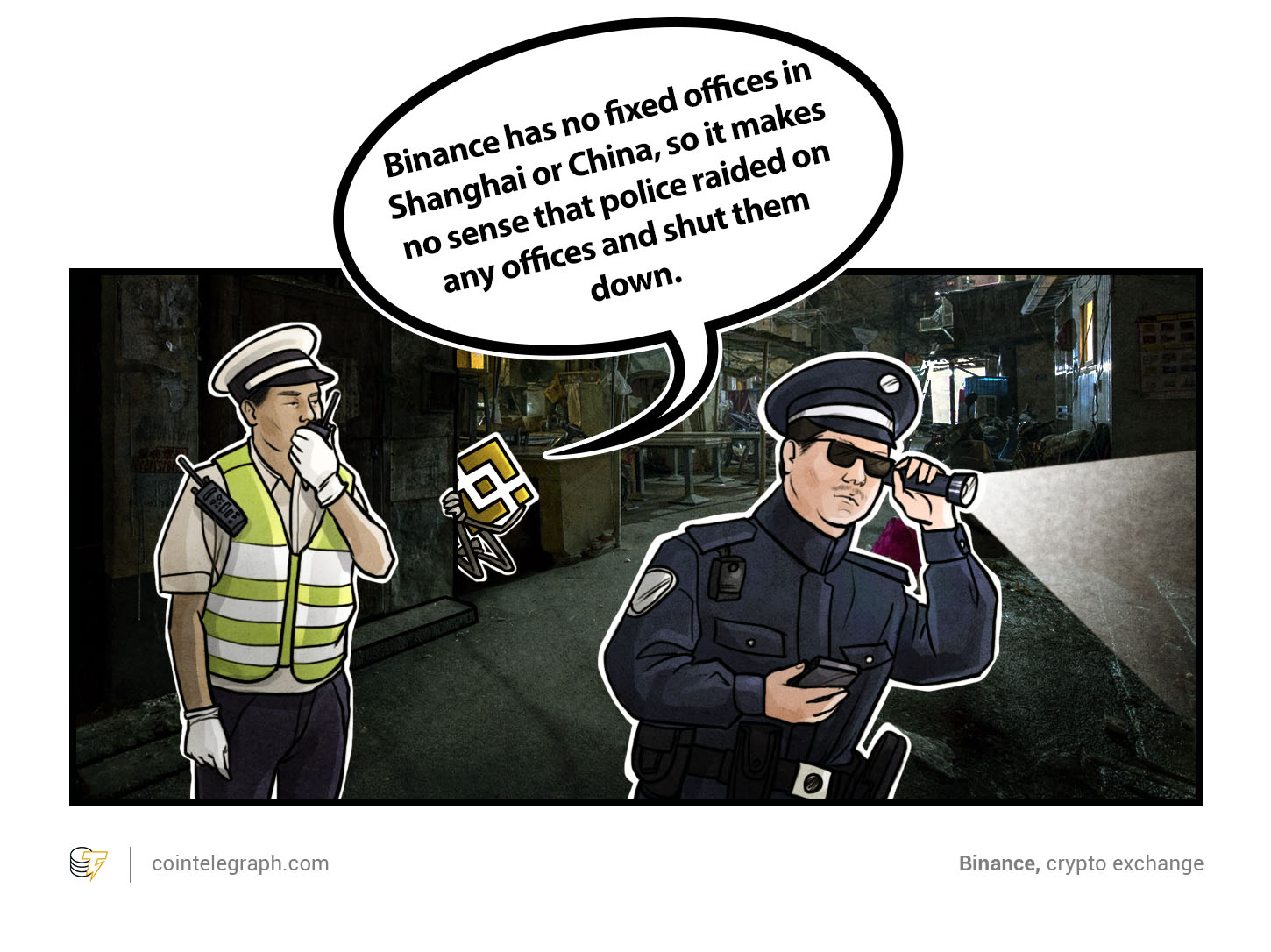 A federal jury in Manhattan has found Mark S. Scott guilty of helping OneCoin co-founder and current fugitive Ruja Ignatova launder $400 million. It is suspected that the lawyer was paid $50 million to help the so-called “cryptoqueen.” His defence lawyers had argued that he had no idea OneCoin was a scam and he was merely attempting to represent Ignatova’s interests, but the jury of six men and six women didn’t buy it. OneCoin is considered to be one of the crypto industry’s most famous exit scams — and despite allegations it raised $4.4 billion in a Ponzi scheme, the Bulgaria-based company remains operational. In other developments this week, it was reported that the brother of former U.S. President George W. Bush was paid $300,000 to attend a meeting involving Ignatova.

As skepticism surrounding Facebook’s Libra stablecoin continues to grow, one blockchain firm has opted to ridicule the embattled social network. R3 said the company’s decision to announce its foray into crypto over the summer was “ridiculously stupid” and “really naive.” Its CEO David Rutter said the tech giant was misguided in believing that it would be able to easily enter the financial systems world when other market participants have been working on such an ambition for years. Speaking in London, Rutter added: “The way they rolled it out… Yeah, you know it was just so... It was just so in your face. There’s a lack of understanding.”

It’s a story we’ve seen time and time again: thieves targeting a Bitcoin ATM. A couple of criminals in Canada decided to do just that this week — targeting the (tasty sounding) Simply Delicious Food Market in British Columbia. They managed to swipe $4,000, but in a rather epic blunder they forgot to check the second canister, where $50,000 was lying inside. Police were on the scene in 15 minutes, but the two men had escaped by then. Nonetheless, investigators appear confident that they will track the perpetrators down. The store owner says their getaway car was caught on camera, including the license plate.

There was a flurry of excitement earlier in November when a number of blockchain media outlets (yes, including us,) reported that Tunisia had become the first country to digitize its national currency on blockchain. But the news wasn’t true — with the central bank denying the claims. Stephen O’Neal dissects the dodgy rumors and explores how they spread.

New report on crypto’s legal status in the U.K. lays out regulation options

London may be a prominent financial hub, but the U.K. has been left wanting by the lack of a concrete framework for the regulation of cryptocurrency. But now, the snappily named Jurisdiction Taskforce of the LawTech Delivery Panel has published a statement exploring their legal status. Henry Linver has more.

Cointelegraph has invited former blockchain tech leads at JPMorgan and the U.S. Securities and Exchange Commission to explain the evolution of the financial institution’s blockchain products. Be sure to take a look.