The Bitcoin (BTC) mining difficulty has seen its biggest upward move for over two years after warnings over BTC price selling pressure.

According to data from on-chain monitoring resource BTC.com on June 17, the latest difficulty adjustment saw difficulty increase by 14.95% — the most since January 2018.

The increase tops previous automated predictions, which just days ago suggested an increase of closer to 10%.

As Cointelegraph reported, the 15% figure almost entirely reverses the negative moves of the two previous adjustments of -9.29% and -6%.

Difficulty adjustments are an essential part of how Bitcoin functions. By regulating the effort and, therefore, cost needed to validate the blockchain, Bitcoin “takes care of itself” as a network, regardless of price action or miner participation.

As such, the cryptocurrency remains “hard” as money — and regardless of difficulty, its mining issuance remains the same.

Nonetheless, big upticks in difficulty have knock-on effects for miners in terms of cost. A higher difficulty could theoretically cause miners to sell in order to protect profitability.

On Wednesday, a day after the adjustment, the amount of Bitcoin sold by miners was roughly equal to the amount they created.

By comparison, miners managed to retain 263 BTC in the 24 hours to June 12, before the adjustment.

Along with difficulty recovering, Bitcoin’s network hash rate continues to remain above 100 EH/s after a significant recovery during May.

After the third block subsidy halving, which cut miner revenue by 50% overnight, hash rate — a measure of miner participation — tumbled to 90 EH/s. 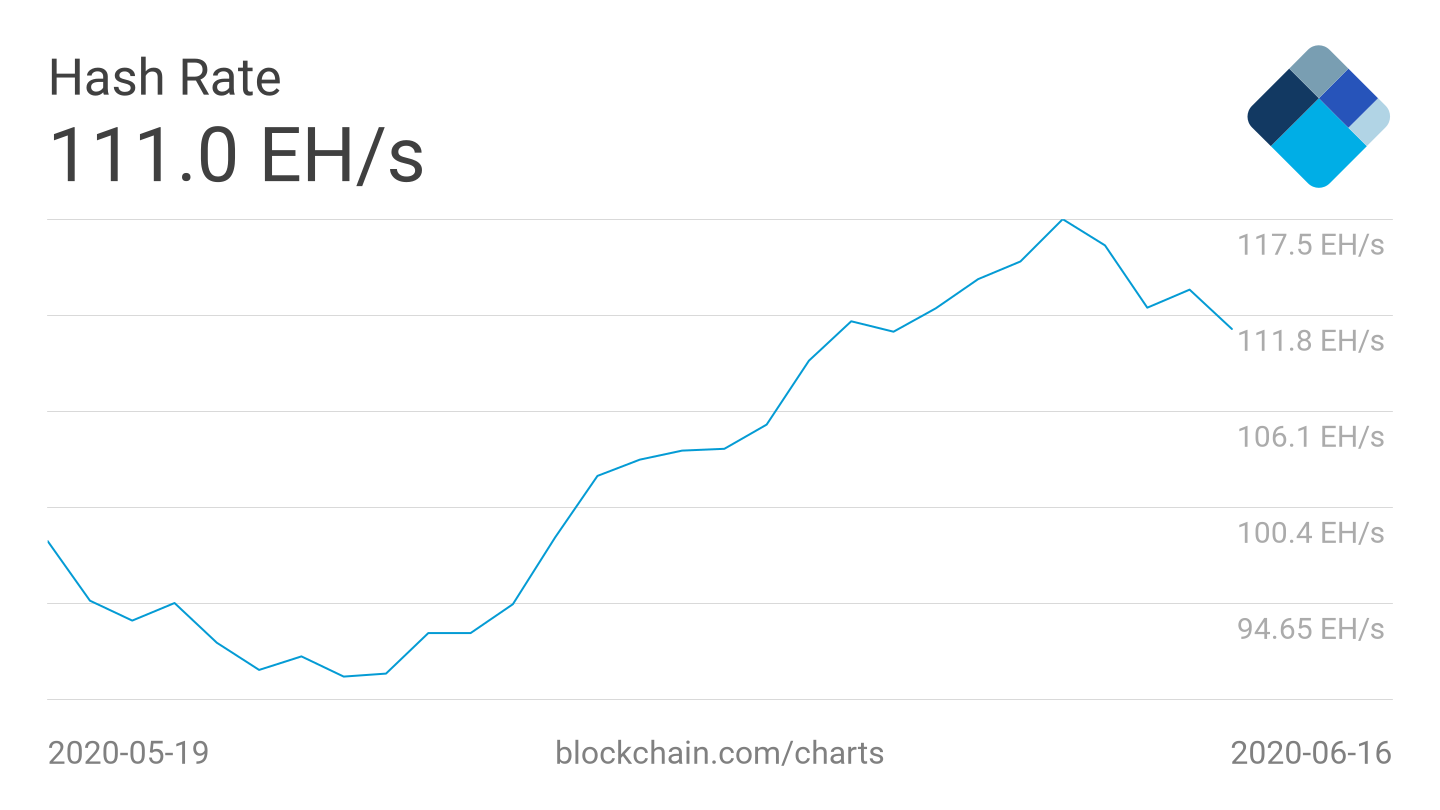 “Even after the mining subsidy was cut in half a month ago, more hashrate has joined the network than ANY TIME since the historic 2017/18 market bull run,” portfolio manager Blockfolio commented on Twitter about the difficulty adjustment.

Cointelegraph has already noted several ways in which the Bitcoin network’s current state mimics that of late 2018, immediately after the pit of its subsequent bear market.