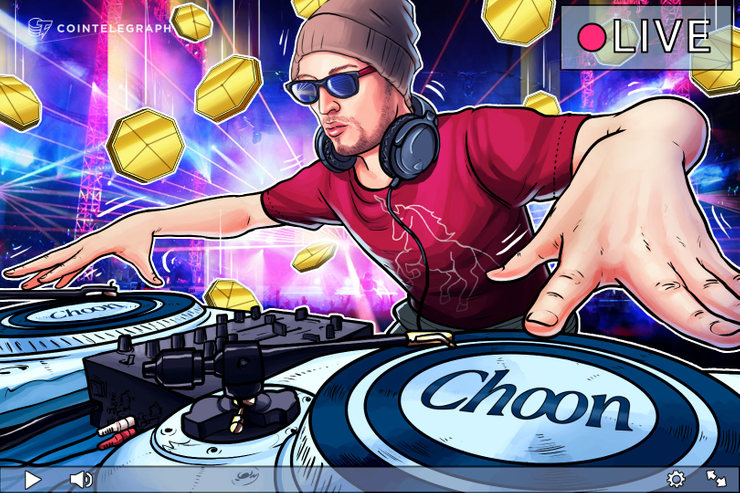 A new blockchain-powered platform, combining streaming services and digital payments, aims to pay musicians 80 percent of the streaming revenue from their tracks, such as subscription services and advertising revenue — more than is reported to be standard practice.

Choon, a recently launched blockchain-based platform, describes itself as “the blockchain’s music solution.” In essence, every time a track is played, the artist earns cryptocurrency. This could, in turn, eliminate another major problem that Choon has highlighted with regular artist royalty systems: as payment is daily, there will no longer be extended wait periods for artists to see a financial return following the streaming of their tracks.

At the time of writing, the Choon ecosystem has over 4,500 artists registered, the company says. According to their Medium blog, almost 6000 tracks have already been uploaded since the platform launch, and the number of new tracks has been increasing 25 percent every week.

The music industry has recently come under scrutiny for how unfairly artists are treated by major labels and streaming services such as Spotify and Apple Music. Musicians have highlighted the high volume of revenue that is allocated to streaming services and record companies, instead of back to the creators themselves. A notable example of this was global best-selling artist Taylor Swift removing her music from Spotify for three years, as a protest against the share of royalties artists receive from the platform.

Choon has released their white paper, which sets out the four key methods with which the team aims to enhance the current payment system. First, they would introduce democracy by removing middlemen and enabling direct payment between artists and their fans. Choon also intends to create more transparency by publically publishing stream count data, profit split information and wallet balances. They also say they will be “fair and open about how homepage and playlist content is determined.” Next, they plan to introduce simple contract systems through Smart Record Contracts. Finally, Choon aims to empower listeners to take control and earn cryptocurrency in the form of the platform’s utility token, NOTES.

The team claims that the main appeal of their service to artists is that half of the entire supply of NOTES will be allocated to them in the first decade, with no commission fee from Choon, resulting in a platform that has great ease of use in terms of guaranteed earnings. However, they also wish to highlight that listeners do not have to use cryptocurrency if they do not want to; they are keen to keep a low entry barrier to the platform by tethering streaming packages to a fiat currency, with conversion to NOTES taking place following the completion of the transaction. This means that anyone from a crypto novice to a seasoned trader can become involved in the Choon ecosystem. The team at Choon is also predicting large growth in their market, so they are trying to promote this token investment for everyone, whether or not they consider themselves a serious music fan.

Future outlined landmarks for Choon include a platform redesign in September 2018, the launch of Choon Collectibles by November 2018, and the full iOS Choon app being available in December 2018.

The team behind Choon has a number of experienced music industry figures. CEO Gareth Emery is part of the founding team and has vast experience as an artist and producer, topping the iTunes dance albums chart three times and millions of Spotify listeners. The Choon advisory board also boasts Mark Gillespie, manager of international DJ Calvin Harris. According to the company, there are also various highly esteemed engineers and crypto experts onboard, to oversee the technical running of the platform.

The company created an explainer video for those who wish to learn more about the concept and practice of the ecosystem. The Choon public token sale will begin in July and run until August, with a total of two billion NOTES ever being created.