Dapper Labs — the creator of CryptoKitties — has launched its token-powered basketball game NBA TopShot in beta.

9229 Total views
76 Total shares
Listen to article
0:00
News
Own this piece of history

Cointelegraph experienced a sneak preview of the game, which allows players to own, trade and play with tokenized representations of key moments in NBA history.

Speaking to Cointelegraph, Dapper Labs’ head of partnerships and marketing, Caty Tedman, stated that “the product is meant to give fans a piece of ownership over the action that happens on court.”

Tedman described TopShot as uniquely allowing fans to “truly own a piece of [the] action that you can then go out and sell," letting fans "participate in the economy in an interesting and new way.”

The game was developed in close consultation with players, whose feedback has been used to inform the development TopShot’s gaming experience.

Tedman states that fan feedback directly shaped how artwork is presented in tokenized form, in addition to requesting “a tap/swipe component” that has been incorporated into gameplay.

“We feel really confident that we put together something that basketball fans are going to love.”

TopShot’s tokens comprise a “smashed together unit of video and photography, and data from Sport Radar — the NBA’s official data provider,” with each NFT depicting and representing a specific moment in NBA history.

The tokens appear as three-dimensional multi-media cubes, with players can click into the moments to explore the NFTs — including watching videos, examining statistics, and exploring other media. 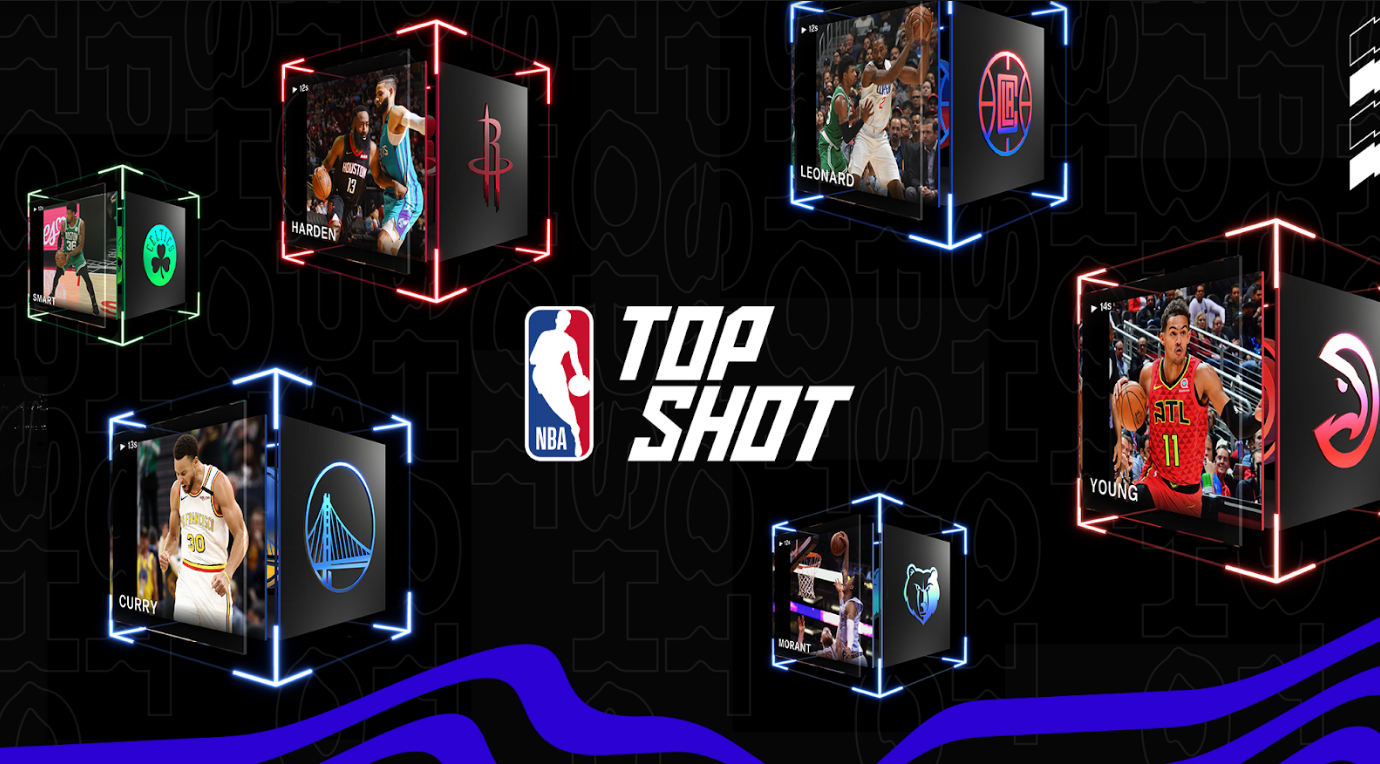 Screenshot of tokens on the platform

Users can also design their own tokens, and collaborate with one another to express their fandom through NFTs.

Dapper will offer a wide variety of semi-randomly generated packs with diverse pricing according to the scarcity of the NFTs contained within them. Players will not know which exact moments they are buying in a pack, however, they will know the type of NFTs they will receive.

Opening a pack of moments will produce a short multimedia experience designed to build excitement for the NFTs’ unveiling.

The game will also make it challenging for players to complete "sets" of moments relating to a common key event in NBA history. For example, players might need to already possess nine of 10 tokens within a set to unlock the final moment.

The primary way to purchase tokens is through "packs" directly from Dapper Labs, however, users are also encouraged to scour the secondary markets to find specific moments that they might be looking for.

Purchases can either be made with fiat currency via credit card or with a wide selection of crypto assets including Bitcoin (BTC) and Ether (ETH).

Users who make a volume of purchases or trades will be required to submit Know Your Customer documentation.

Mobile experience set to launch by 2021

Tedman stated that the beta launch “will include the browser-based experience of the marketplace, showcases, challenges, and [a secondary] P2P marketplace.”

“Essentially, the full web product will be rolled out through the beta program," she added.

“We are trying at every turn to make the product friendly for mainstream fans. We want to make sure that anybody, anybody's best friend, could get into the product. not just ourselves in the crypto community.”

“We are targeting late this year for the mobile game to be released, but players from the web-based experience will be first to gain access through a beta program for that as well,” she noted.

Mobile game to launch in alpha by summer

An internal game called "Hardcourt" comprises a manager-style experience in which players organize their NFTs to create a team that can compete against other users.

Dapper expects to have a “fully playable alpha” version of Hardcourt before summer.