The project is using Blockchain to change the way products and services are delivered in the travel industry.

Changing the way the travel industry conducts business can completely transform the way we go from point A to point B. Winding Tree is attempting just that. 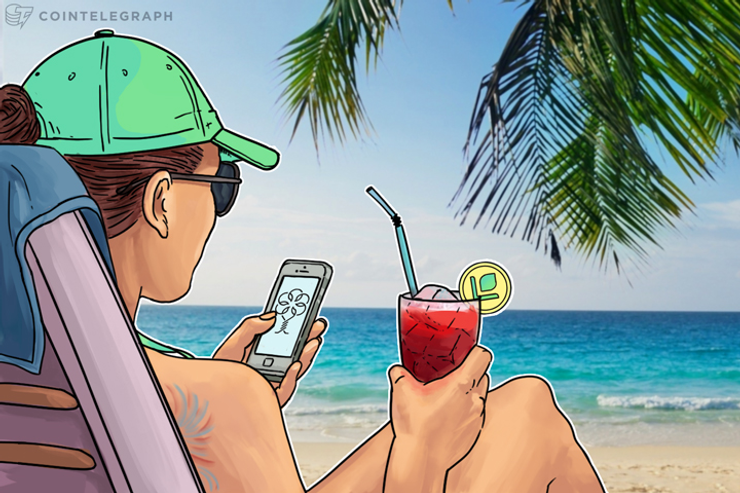 Outbound trips worldwide had grown by 3.9 percent in the first eight months of 2017, according to the ITB World Travel Trends Report. With low-cost airlines, more people, especially in Asia, are taking trips and enjoying travel. However, not all is well with the travel industry.

The travel landscape is dominated by a clutch of companies, which has led to a sort of cartelisation that is serving no benefit either to the travel industry itself or the people it should be serving. The end users of the services associated with travel industry rarely seem to get any advantage from the supposedly highly competitive industry. While there may be a plethora of options to choose from when booking trips online, there is no real choice as Nasdaq points out, “Almost three-fourths of the consumers in the US. are unaware of the fact that they are essentially comparing travel booking options between two companies which own numerous affiliates. While Expedia currently owns around 75 percent of the US online travel market through sites such as Trivago, Travelocity, Hotwire, Hotels.com, Egencia, CarRentals.com, Classic Vacations, etc., Priceline owns most of the remaining market through its websites like  Kayak, Booking.com, Agoda, Rentalcars.com, etc. The Association (American Hotel & Lodging Association (AHLA)) claims that together these two OTAs own around 95 percent of the online travel market in the US.”

If travelers are to get a real choice, they will need the industry to innovate and evolve new ways of product distribution. Winding Tree is building a new decentralized, open-source travel distribution platform that aims to serve the needs both of the traveling public as well as the suppliers of travel products. The platform would involve no centralized control which means that there won’t be many intermediaries to escalate prices. It would also have no barriers for entry so that finally smaller businesses in the industry can have an equal footing with the big boys.

Travel should be about freedom

Winding tree’s platform has a multi-faceted approach for rehauling the travel industry. It will allow distribution of inventory directly to points of sale eliminating costly intermediaries and bottlenecks. It also will lead to more choice for the retailers as they would be able to source products from all the suppliers that exist on Winding Tree without having to worry about markup fee. As a democratic platform, the governance model would allow anyone to propose changes, which would put everyone on the same footing. The Winding Tree foundation will ensure that travel becomes something that everyone will enjoy. Finally and most importantly customers would be able to benefit from all these facets that will transform the travel industry and will be able to use Lif tokens on the platform to pay for their travel.

Lif at the heart of Winding Tree

The Lif token is at the heart of the Winding Tree platform. The token would be useful to conduct transactions and also help users of the platform to participate in the governance of the platform. Winding Tree is holding a Token Generation Event starting Feb. 1, 2018. The pricing has been kept in the range of 1,000-900 Lif for one ETH (Ethereum). The fundraiser for Winding Tree would continue uncapped for a period of two weeks. It is expected that the price of Lif would rise after the first week. Lif tokens would be distributed over seven days after the fundraiser ends. There is no cap on the amount of tokens and it will be decided by the markets how many Lif are generated. Excess funds (over $10 mln)  that are collected would be stored in a Market Validation Mechanism (MVM). This will allow participants in the sale to withdraw a part of their contribution by sending their Lifs to the MVM. More information on the ICO can be found on the Winding Tree website including details on how to participate. Additionally, a white paper has also been released by the platform as well as a one-pager that gives details on the project and its dynamics.

Winding Tree has been named one of the most promising ICOs of early 2018 by the Merkle. They featured the MVM as one of the highlights and write, “The public sale will take place beginning Feb. 1. There is a soft cap of $10 mln, and excess funds will be placed in a smart contract that will allow token holders to sell back their tokens at ICO rates. If under $5 mln is raised, investors will be reimbursed and the tokens will not be created. 75 percent of the total supply is to be distributed through the ICO.” Additionally, the Merkle was also appreciative of the fact that their efforts have the potential to change the nature of the travel industry itself. That the project has managed to get established travel industry titans as partners is something that definitely works in favor of the Winding Tree. Currently, they have onboard Lufthansa, Swiss, Air New Zealand, Austrian, Brussels airlines and Eurowings. Nordic Choice Hotels, one of the biggest hotel chains in Scandinavia with approximately 190 hotels in Scandinavia and the Baltic region too has partnered with Winding Tree.

Interestingly, the tiny island country of Aruba in the Caribbean is going to be one of the first proving grounds for the project. In order to prevent the island’s crucial tourist revenue from flowing abroad due to a select few Online Travel Agencies (OTAs), the ATECH foundation, which is responsible for Aruba’s technical development has partnered with Winding Tree so that tourists can pair up directly with sellers of travel products.

Winding Tree would be one of those projects that would definitely be worth watching for as the year unfolds. Using Blockchain to tackle one of the most tightly knit industries could unleash a disruption that could be a game changer for all the stakeholders.