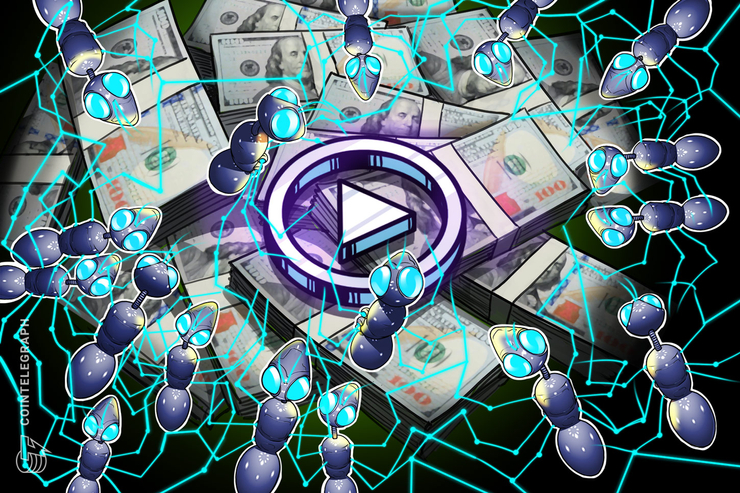 Ethereum (ETH)-based decentralized video streaming startup Livepeer announced that it raised $8 million from institutional investors in its Series A funding round in a Medium post published on June 17.

Per the announcement, the startup will use the newly acquired resources to support the further development of the Livepeer protocol, network, software and ecosystem to further adoption. The round was reportedly led by venture capital firm Northzone, which was also one of the first investors in Spotify.

Other participants in the round purportedly include Digital Currency Group, Libertus, Collaborative Fund, Notation Capital, Compound, North Island, Coinfund, Haivision and StakeZero. Furthermore, according to the post David Mendels, the former CEO of online video platform Brightcove, has also joined the company in an active advisor role.

The company also claims that, since Livepeer has been first launched on Ethereum’s mainnet, thousands of users participated in securing the network and over 100 events have been streamed through it. The startup also notes that it is currently building plugins which allow media servers and transcoding services to run on its network.

As Cointelegraph reported at the beginning of the current month, United States-based blockchain identity startup BanQu announced that it closed an extension of its Series A funding round led by multinational drinks and brewing company Anheuser-Busch InBev’s investment arm.

Also, at the end of May, compliant tokenization startup Standard Tokenization Protocol announced that it secured $7 million in funding.