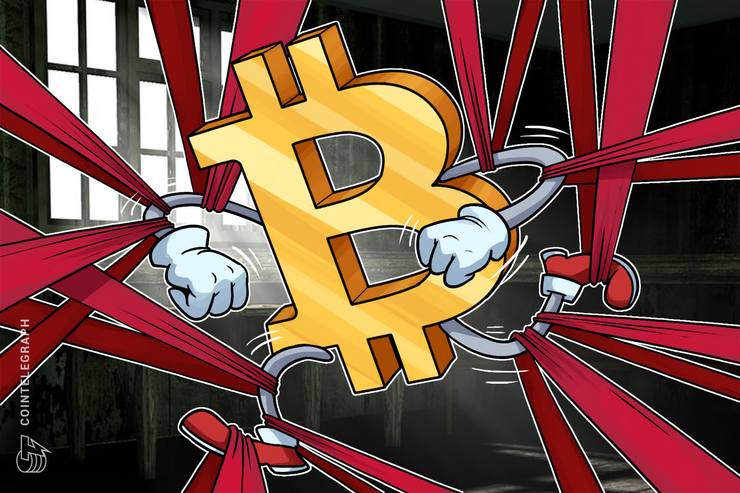 Joseph Stiglitz, Kenneth Rogoff, and Nouriel Roubini all made statements arguing that Bitcoin will fail as a currency, namely criticizing the cryptocurrency’s absence of intrinsic value and its price volatility.

Stiglitz, a Nobel Prize-winning economist and professor at Columbia University, in particular criticized Bitcoin’s anonymity, which he argued contradicts the idea of creating “a transparent banking system.”

According to the economist, cryptocurrencies like Bitcoin allow for “nefarious activity,” which “no government can allow.” Stiglitz further claimed that global financial regulators have not yet acted more stringently because the crypto market is still relatively small, stating:

“Once it [the cryptocurrency market] becomes significant they will use the hammer.”

Rogoff –– the former chief economist at the International Monetary Fund (IMF), a Harvard University professor, as well as a professional chess player –– reiterated his critical stance on Bitcoin, claiming the top cryptocurrency would be worth as low as $100 in ten years. He also spoke to government involvement in the crypto sphere, warning that “people in power” will take care of regulating “anonymous transactions.”

Roubini, the NYU economist also known as “Dr. Doom” for allegedly predicting the 2008 financial crisis, argued that Bitcoin fulfills “none of” the characteristics of money. Roubini also criticized Bitcoin’s volatility, stating dismissively that Bitcoin “is not even accepted at bitcoin conferences, and how can something that falls 20% one day and then rises 20% the next be a stable store of value?”

As Stiglitz suggested in today’s interview, some governments globally have in fact made explicit statements about crypto as a phenomenon that, at least at its current volumes, does not threaten traditional finance.

Yesterday, the central bank the Bank of Korea (BOK) also claimed that crypto assets do not pose risks to the local financial market given their “not really big” volume compared with other equity markets.

In late May, a branch of the Dutch government declared that cryptocurrencies present a low risk to financial stability in the country, also pointing out the limited involvement of traditional financial institutions and systems.