Goldman Sachs Gets Bullish on Bitcoin With a Price Target of $13,971

Goldman Sachs goes short-term bullish on Bitcoin setting a target of $13,971 per BTC. 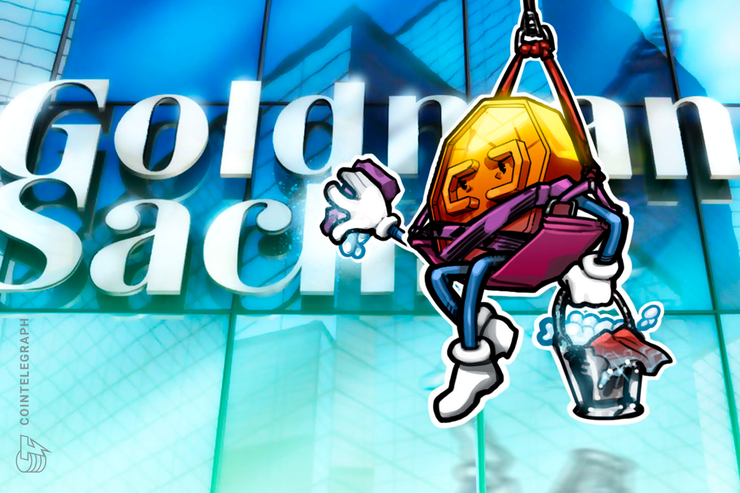 In a note to customers, Goldman Sachs gave a bullish forecast for Bitcoin price. Shared on Twitter on Aug. 11, the note suggests a short-term target of $13,971.

Bullish analysis based on Elliott Waves

The target given is based on Elliott Wave Theory, which forecasts market trends by identifying extremes in investor psychology, along with price highs and lows.

According to the analyst, Bitcoin will rebound from support around $11,094, leaving room for at least one leg higher towards $12,916 and $13,971. This could complete a V wave count from July, producing a short-term top or consolidation.

The bigger picture and longer-term forecast

Potentially, the analyst suggests, this could be the first leg of a five wave count. This would mean that any retracement from $12,916-$13,971 levels presents a buying opportunity, as after the consolidation period, price could once again resume higher unless it goes below the previous recent low of $9,084.

Goldman Sachs has taken an increasing interest in the cryptocurrency market. As Cointelegraph reported, in the last month it has gone from looking at [the] potential of launching its own virtual token, to making hires to accelerate the program.

Related News
Bitcoin Dominance Growing — What It Could Mean for Altcoins
Protocol Delivers 'Fast, Secure Token Swaps' Between Blockchains
Governments Begin to Roll Out FATF’s Travel Rule Around the Globe
Coronavirus Spreads and Crypto Rallies, but Not Everything Is Related
Bitmain’s Market Dominance Challenged by MicroBT
Bitcoin Price ‘Golden Cross’ Hints at 170% Rally to $26K by Halving
Editor’s Choice