Cambridge University has put out a study on cryptocurrency that provides information on exchanges, wallets and mining.

Cambridge University has put out a comprehensive 114-page study on cryptocurrencies that digs deep into empirical data of the digital currency world as it appears across the globe.

Key highlights of the study include the number of users and wallets, the burgeoning cryptocurrency industry sectors and the impact the technology is having, as well as interesting information about exchanges, payments and mining.

As a nascent industry, information was needed to determine how much of an impact digital currencies are producing. New companies and services have emerged to facilitate the workings of cryptocurrencies, and their data shows that it really is a virgin market.

The study found that 1,876 people work full-time in the cryptocurrency industry. Of those, the most find work in Asia-Pacific with 720. Behind that is North America with 676 employees.

Information on exchanges offers insight into users of digital currencies, as most people who are involved in crypto have some sort of online wallet. However, the study stated it is nearly impossible to put a figure on how many people actually use cryptocurrency.

Overall, the US Dollar was the most widely supported national currency, appearing on 65 percent of exchanges. Euro came in second with 49 percent prevalence.

On the exchanges examined, every single one of them traded in Bitcoin with Ethereum and Litecoin was the next most popular. Ripple, Ethereum Classic, Monero, Dogecoin and Dash were also widespread. 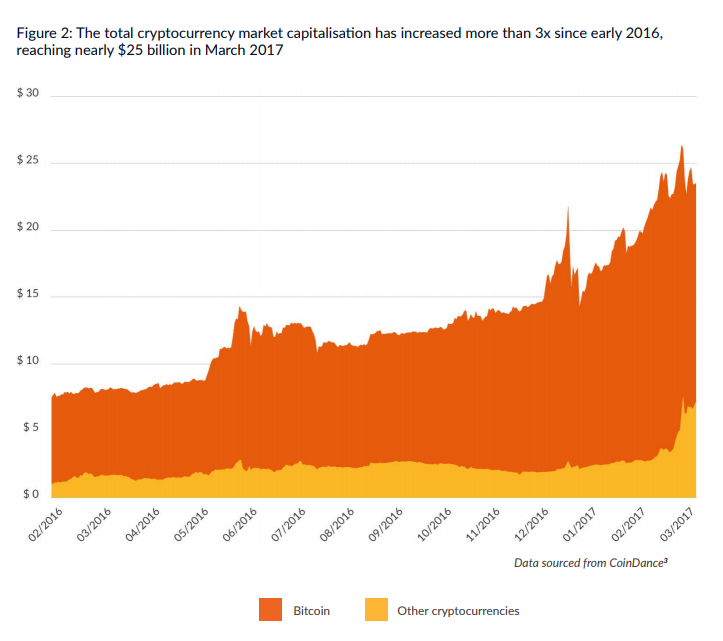 What is interesting to note is that these exchanges that see millions of dollars through them can have as little as 11 employees working on them. 49 percent of exchanges have less than 11 employees.

These online exchanges also predominantly operate by holding onto their users’ private keys. In fact, 73 percent of exchanges take custody of users’ cryptocurrency funds by controlling the private keys.

According to the study, the number of active wallets is estimated between 5.8 mln and 11.5 mln. The large discrepancy between the range must perhaps have something to do with the difficulty in defining what an active wallet is, as many users are actively storing cryptocurrencies.

The highest number of active wallet users comes from North America and Europe with both sitting at just about 30 percent. 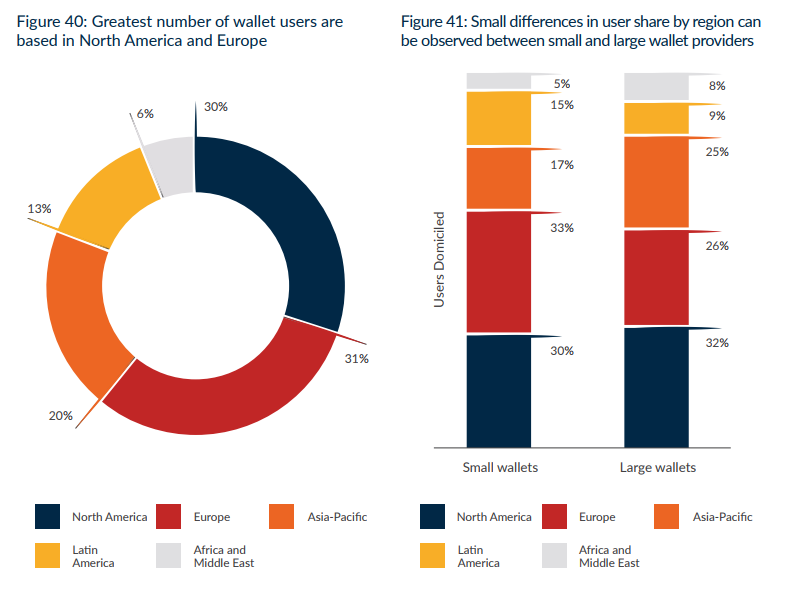 Of the active wallets, only 32 percent of them use closed source software while the other 68 are all open source with mobile wallet apps being the most widely offered to users at 65 percent.

However, what is more worrying is that nearly half of wallets providing currency exchange services integrate a third-party exchange, which raises questions about security.

Looking at the recent crackdown on digital currencies it is interesting to note that 76 percent of incorporated wallet providers do not have a license.

Mining and large mining pools have a big part to play in shaping the digital currency landscape, and because of their importance, many of them are aware of their influence and power.

Over half of miners consider their ability to influence protocol development to be high or very high. This comes after recent developments with the SegWit protocol that was implemented on Aug. 1. 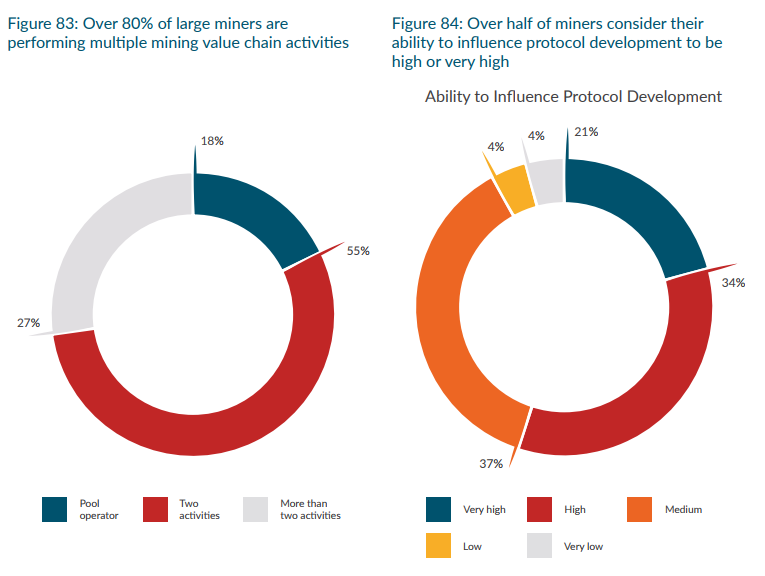 Miners and users battled to enact different protocols, and despite half of these big mining pools thinking they have influence, they were probably outdone by the power of the individual users.

However, with that, it is the bigger mining pools that still maintain that they have a larger influence on the protocols.

It also makes sense to see that 58 percent of the large mining pools are based in China, and that is why it is often believed that China is the key to the Bitcoin mining operations, as well as protocol updates. The US comes in second with 16 percent.

Mining revenue, despite the growth of digital currencies, has been up and down. The total Bitcoin mining revenues per year (block reward + transaction fees) if immediately converted to USD was far higher in 2014, than it was in 2016.

However, what did shoot up was Bitcoin transaction fees, as they topped out at $13.6 mln for the year in 2016 while the previous three years combined barely made $7 mln.