Top coins are seeing major losses across the board, with Bitcoin dipping below $5,600, hitting its lowest price point in 2018.

Nov. 14: Crypto markets have suffered sharp losses over the past several hours. The major market drop off took place between 10:30 a.m. (UTC -5) and 12:00 p.m., with some of the top 20 cryptocurrencies dropping by as much as 18 percent at press time, according to data from CoinMarketCap. 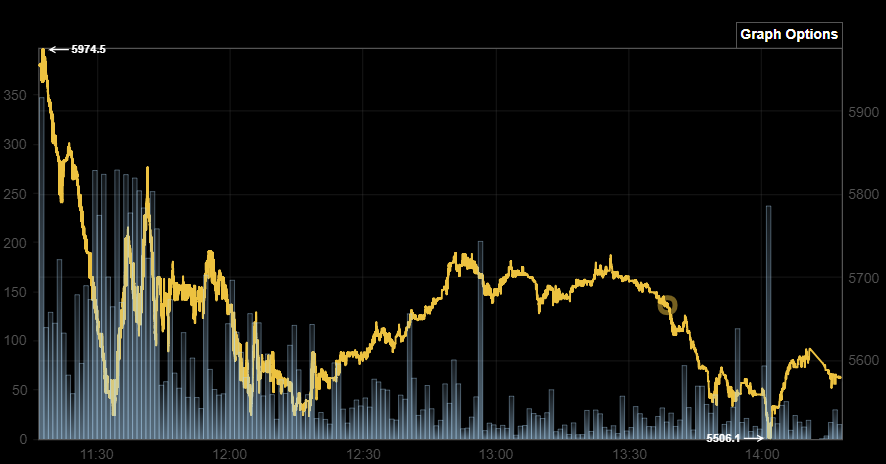 Ethereum (ETH) the second cryptocurrency by market cap, has plunged below the $200 threshold, and is down 13.4 percent over the day. The altcoin is trading around $179 as of press time, according to data from CoinMarketCap. 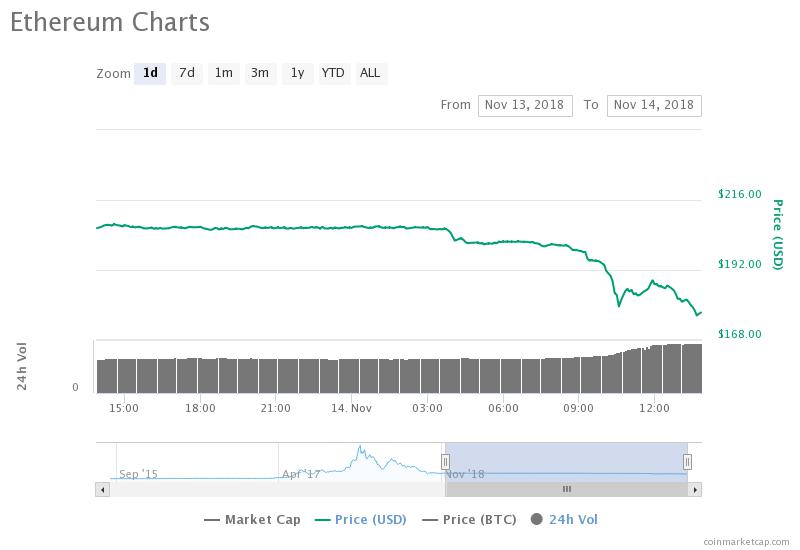 The fourth top cryptocurrency, Bitcoin Cash (BCH), is seeing the biggest losses across the top 20 tokens by market cap. The coin, which is scheduled for an update that will likely result in a hard fork tomorrow, Nov. 15, is down more than 16 percent, and is trading at $433 at press time, according to CoinMarketCap.

Total market capitalization has dipped to as low as $187 billion today, which represents the lowest point since early November, 2017, according to CoinMarketCap. As of press time, total market cap has slightly rebounded to $190 billion. 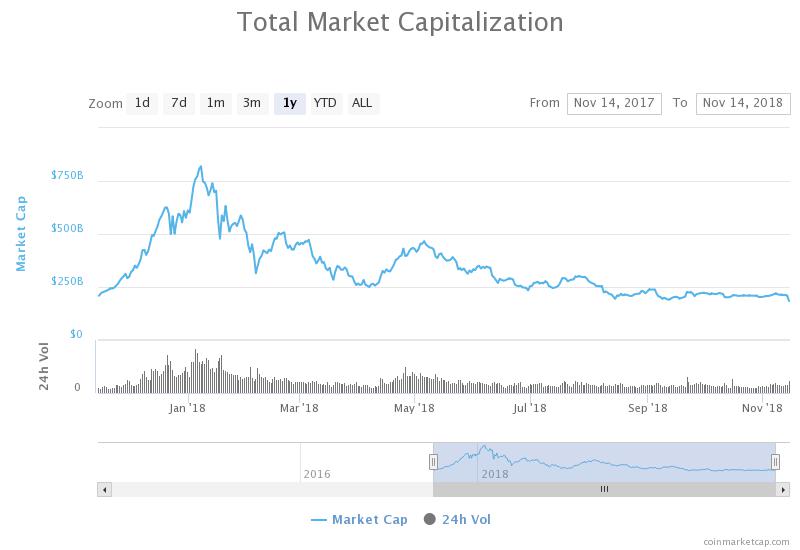 While the markets have seen an immense sell-off, Bitcoin has experienced some growth in terms of market share. According to CoinMarketCap, Bitcoin’s dominance rate has increased to 54 percent, while in the beginning of the day it amounted to 51 percent. At press time, Bitcoin’s accounts for 53 percent of market share. 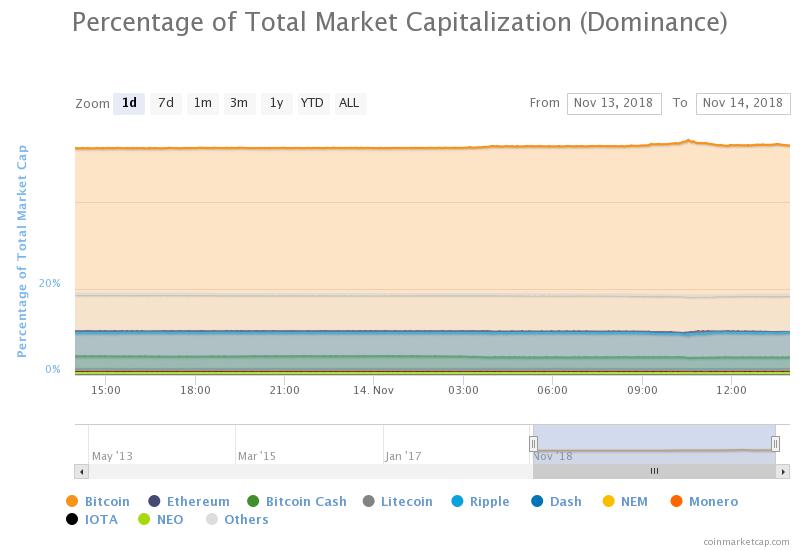 The recent movement of the market was predicted by a number of industry experts, who also suggest that the bear market would last beyond this year. Technical expert Willy Woo, founder of data webstie Woobull, has recently predicted that the bear market end may end “around Q2 2019,” based on “putting together the blockchain view:”

“After that we start the true accumulation band, only after that, do we start a long grind upwards.”

Earlier this year, crypto investor and founder of Galaxy Investment Partners Mike Novogratz predicted that Bitcoin will not manage to break $10,000 by the end of 2018, claiming that reverse of the trend will take place by Q2 in 2019, when the industry will get more institutional involvement.