Most Top Cryptos See Minor Losses as Bitcoin Hovers Over $3,850

The top 20 cryptocurrencies are reporting minor losses as Bitcoin hovers over the $3,850 mark.

Sunday, March 3 — the top 20 cryptocurrencies are reporting minor losses on the day to press time. Bitcoin (BTC) is hovering just over the $3,850 mark again, according to Coin360 data. 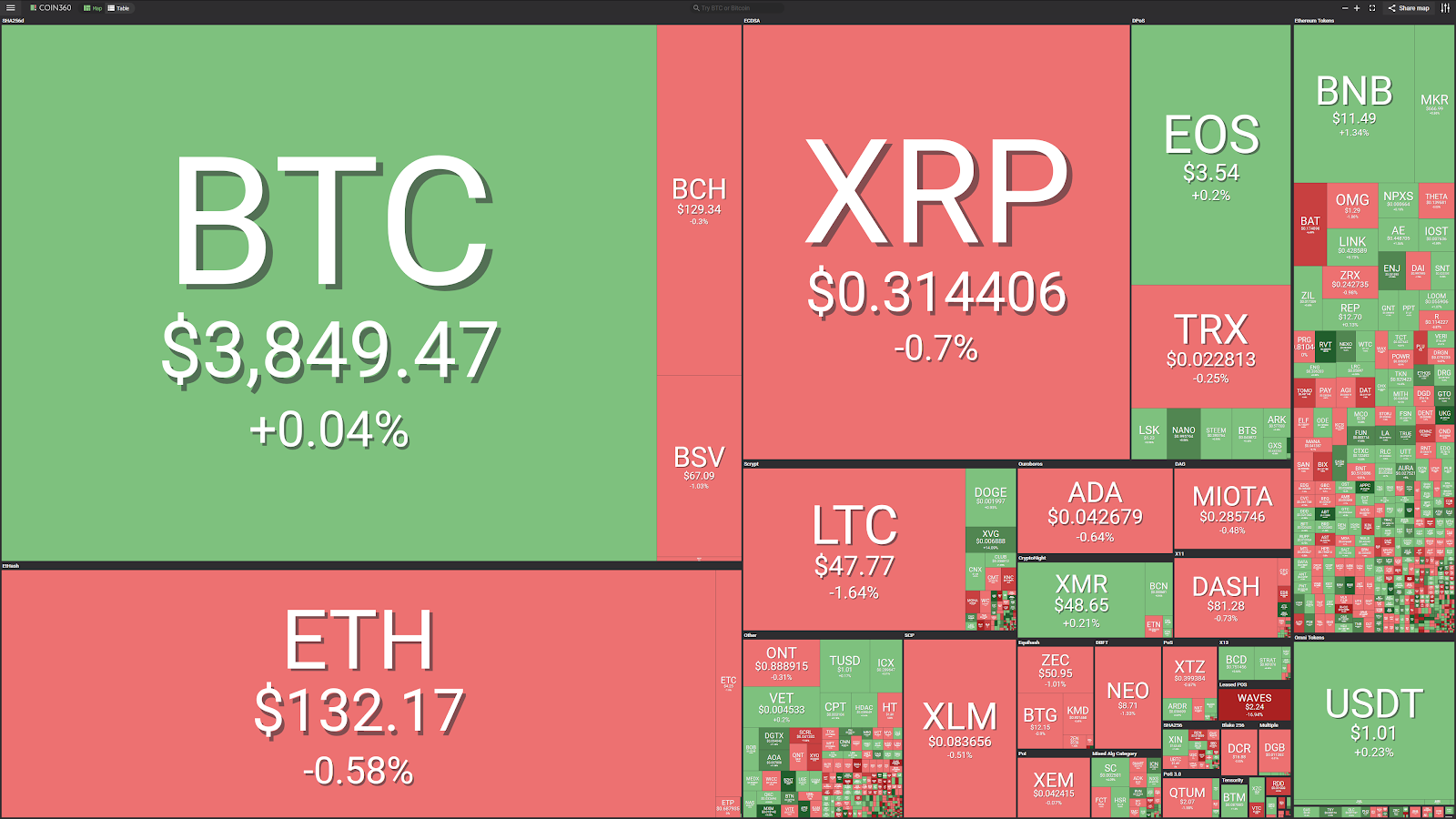 At press time, Bitcoin is down a fraction of a percent on the day, trading at around $3,853, according to CoinMarketCap data. Looking at its weekly chart, the current price is nearly half of a percent lower than $3,870, the price at which Bitcoin started the week.

ETH is down by 0.64 percent over the last 24 hours, according to CoinMarketCap. At press time, ETH is trading around $133, after having started the day one dollar higher. On its weekly chart, Ethereum has seen its value decrease by about 7.5 percent from $143, the price at which the coin started the week.

As Cointelegraph reported earlier today, Ethereum co-founder Vitalik Buterin has stated he was trying to solve Bitcoin’s limited functionality with the creation of Ethereum.

Ripple has lost nearly one percent in the 24 hours to press time and is currently trading at around $0.312. On its weekly chart, the coin gained almost two percent from $0.306, the price at which XRP started the week.

On March 1, news broke that an ongoing securities lawsuit against payment startup Ripple for the sale of unregistered securities will stay in federal court, per a recent ruling.

Among the top 20 cryptocurrencies, the only ones experiencing gains on the day are EOS (EOS), Maker (MKR), Monero (XMR), Binance Coin (BNB) and Stellar (XLM), but all of those report under one percent growth.

The total market capitalization of all cryptocurrencies currently amounts to about $129.9 billion — which is nearly a quarter of a percent less than $140.6 billion, the value reported one week ago.

As Cointelegraph reported, the United States Federal Reserve is considering the inclusion of this year’s Bitcoin market collapse as one of the salient risks to be taken into account for its supervisory stress tests.