U.S. Congress drafts legislation against big tech companies acting as financial entities and securities regulations, but will Facebook back down?

U.S. Congress drafts legislation against big tech companies and securities, but will Facebook back down? 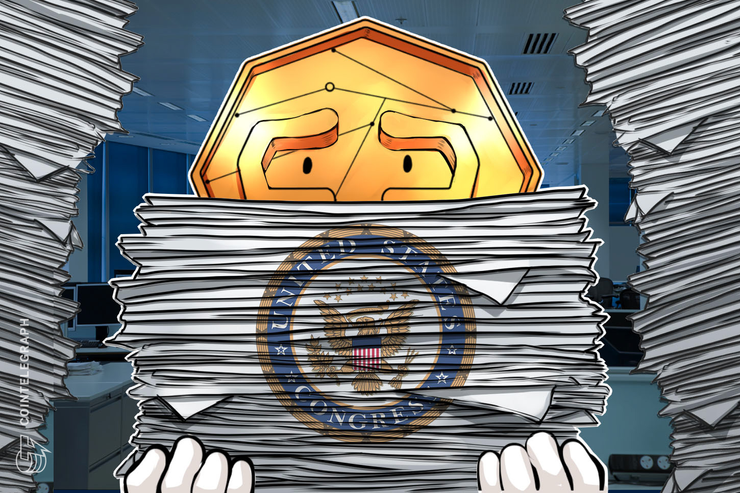 As the cryptocurrency universe enters 2020, U.S. lawmakers are drafting bills to provide clarity around stablecoins and offer regulations for tech companies like Facebook that might want to create their own cryptocurrencies.

The draft legislation “Keep Big Tech Out Of Finance Act” was proposed on July 15, 2019 by the Democratic majority of the House Financial Services Committee. While this legislation specifically targets Libra, a new digital currency spearheaded by Facebook, the proposal aims to prevent big technology companies from operating like financial institutions.

According to a copy of the draft legislation, a large technology firm is described as a company offering an online platform service with at least $25 billion in annual revenue.

With that in mind, the bill specifically proposes that:

Facebook (which instantly qualifies as a large technology company) still has plans to launch Libra, and continues to develop the stablecoin’s network today. Facebook also plans to introduce a range of new features in upcoming months, set forth in a press release published on Nov. 15.

Although Facebook has still not set any release date for Libra, regulators around the world are expressing concern.

As a followup to the Keep Big Tech Out Of Finance legislation, Chairwoman Maxine Waters expressed her negative sentiments about Libra, asking Facebook to put it on hold during her July 17 opening statement, saying:

“In light of these and other concerns, my colleagues and I wrote to Facebook earlier this month to call on it to cease implementation of its plans until regulators and Congress can examine the issues associated with a large technology company developing a digital currency, and take action. The Independent Community Bankers of America and others support this commonsense step.”

While Facebook has remained pretty quiet following congressional hearings about Libra, the Keep Big Tech Out Of Finance proposal would empower the federal government’s financial regulators to assess fines up to $1 million per day for violations.

Based on the drafted legislation and penalty that follows if rules are not met, large technology companies will most likely think twice before launching their own currencies and/or performing bank functions.

Will stablecoins be considered securities?

On Oct. 18, 2019, U.S. Congress published a draft bill titled “Stablecoins Are Securities Act.” This legislation is meant to regulate stablecoins, a cryptocurrency that works as a non-volatile, stable source of value, under the familiar Securities Act of 1933.

It would appear that the proposed legislation is a direct response to Facebook’s Libra cryptocurrency, which the company described in its whitepaper as a stablecoin pegged to a basket of fiat currencies.

Assuming the “Stablecoins Are Securities Act” bill does pass, all of the laws that apply to stocks and bonds will also apply to stablecoins like Libra. Marketplace policy reporter Nancy Marshall-Genzer explained this in an article published on January 1, saying:

“This bill says that Stablecoins, which are [digital] coins, like Libra, pegged to a basket of something that is considered stable, so these coins are not supposed to fluctuate. So securities being stocks and bonds, this bill says, “Hey, Libra, all the laws that apply to stocks and bonds are going to apply to you.”

All signs suggest Facebook isn’t backing down from releasing Libra this year. Cointelegraph previously reported that updates were recently made to the Libra whitepaper.

Although it would appear that the biggest change is the removal of dividends payable to early Libra investors, there is also talk that the changes could address concerns of Libra being classified as a security.

Yet as Brummer pointed out in an article about these changes, all mention of “paying dividends” had been completely removed. While there are a few theories behind these edits, a primary guess at the motive is that Facebook wants to avoid having this new financial product classified as a financial security.