Coming every Sunday, Hodler’s Digest will help you track every single important news story that happened this week.

Yearn.finance’s founder, Andre Cronje, has warned that YFI tokens are “worthless” — but this hasn’t stopped them from rising even higher over the weekend.

DeFi enthusiasts remain upbeat about YFI, pointing to Cronje’s fast-paced product releases as a positive long-term catalyst for YFI. And over the long term, some analysts believe yearn.finance could achieve a valuation of several billion dollars. One of them, Tyler Reynolds, says $500,000 YFI is possible — and this would equal a $15-billion market cap.

There are long-term dangers. Cronje is under significant pressure to consistently release new products and features — and like all DeFi tokens, declining yield is also a danger.

In the near term, valuation and liquidity could slow down the momentum of YFI. One cryptocurrency researcher, Hasu, warned:

“$YFI may be ripping right now, but it’s illiquid as hell as very little of the supply is available on exchanges. Try selling even 100K and you’ll tank the price by 3%.”

Bitcoin’s price showed weakness in recent days — but still managed to show resilience as bears failed to push it below $11,200.

And now, a new analysis suggests that if BTC remains stable for several more months, it could set the groundwork for an explosive rally — as seen between 2016 and 2017.

Bitcoin has had four market cycles since its inception in 2009, from a bottom to a new peak. The cycles ranged from over 600 days to around 1,050 days. The most recent cycle has just surpassed 300 days, which suggests it could last 3–12 more months.

The price of Bitcoin was at a mere $3,596 on BitMEX on March 13. Within six months, BTC has recorded a 220% upsurge, outperforming most traditional assets and indices. But the steep vertical rally could raise the chances of whales and large individual Bitcoin hodlers taking profit — and this could result in a deep pullback.

Dan Tepiero, a co-founder of 10T Holdings, said: “Prepare to be patient in Bitcoin. Each up cycle takes longer to play out and is less extreme as absolute dollar value gets much larger. May or may not be another 6 to 12 months before price breaks up.”

“I would never invest one cent in Bitcoin,” says Ryanair CEO

Fed up after his image was used on a crypto scam — the brash billionaire owner of the Irish airline Ryanair, Michael O’Leary, has launched a scathing attack on Bitcoin.

A bogus article on a fake news outlet claimed that, on a late-night talk show, O’Leary shocked the audience by showing how much money he was making through a scheme known as “Bitcoin Lifestyle.”

Asked by The Times of London whether the advert was legitimate, the entrepreneur issued a vociferous denial — reserving his ire for the crypto, rather than the crypto scammers. He said:

“I have never, and would never, invest one cent in Bitcoin, which I believe is equivalent to a Ponzi scheme. […] I would strongly advise everyone with any shred of common sense to ignore this false story and avoid Bitcoin like a plague.”

Using the image of wealthy and famous people to promote cryptocurrency scams is a very common tactic to gain credibility among potential “investors.” Others have featured Prince Harry and Meghan Markle, Kate Winslet and Elon Musk.

The People’s Bank of China is planning to put its digital currency to use at the 2022 Winter Olympic Games in Beijing.

But although trials are currently taking place in Shenzhen, Suzhou, Xiongan and Chengdu, officials say there’s no timetable for the rollout.

Cointelegraph recently reported that the bank is planning to roll out the digital currency for pilot tests across other regions including Beijing, Tianjin, Hebei and Hong Kong’s Greater Bay Area.

A recent official statement from the bank also noted that they were only testing the digital yuan for small retail transactions. The PBoC also clarified that the digital yuan was a legal tender that users can convert into banknotes at a 1:1 ratio. 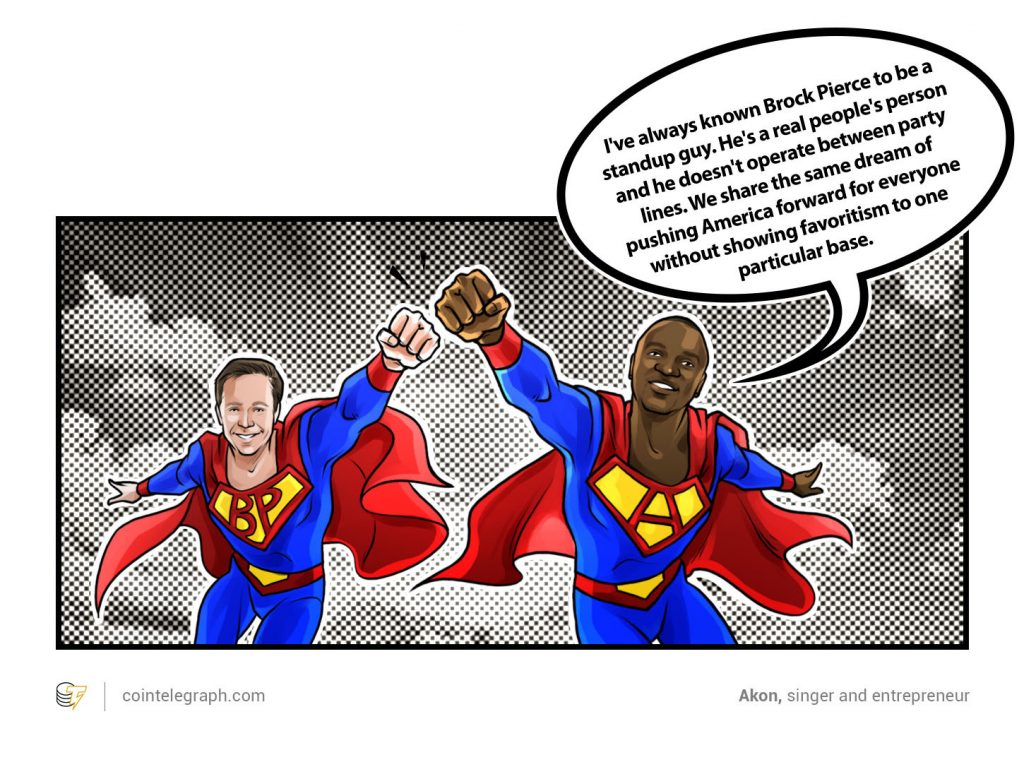 Customers can scan a code on their bags to find out where their beans came from, where they were roasted, and even get brewing tips from baristas.

It’s also good news for farmers, who will be able to find out where their produce ends up.

Microsoft is one of the leading providers of blockchain-as-a-service platforms, though IBM’s Food Trust platform is better known in the space.

As consumers become more concerned about the ethical sourcing of the products they purchase, the blockchain-tracing trend could rapidly begin to take hold. 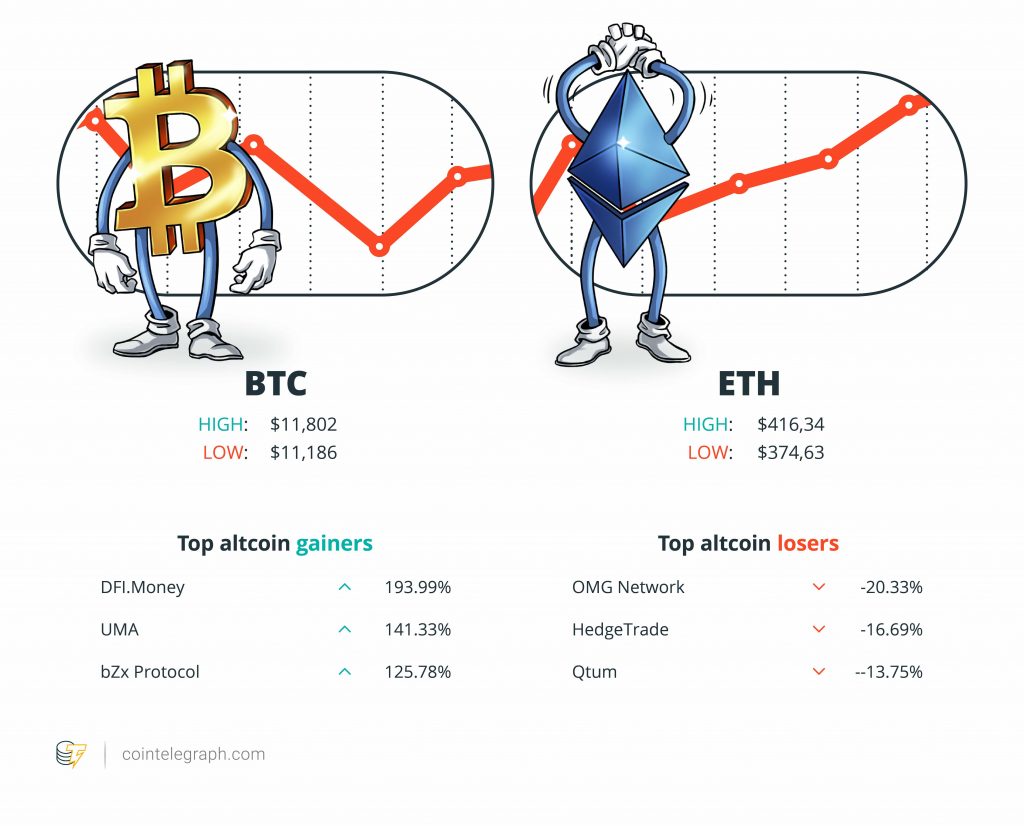 “Since so many of you Bitcoin guys are ribbing me because my son bought Bitcoin, why not really rub it in by gifting him some as a belated birthday present.”

“Bitcoin doesn’t need the Fed to succeed but if they insist on throwing gasoline on the fire then so be it.”

“Within a year or two, most crypto exchanges will probably only allow withdrawals to ‘whitelisted’ addresses. We’ll have separate ecosystems for coins: ‘clean’ coins that can be traced to a regulated institution, and everything else.”

“If JPMorgan, one of the biggest companies ever, can’t drive adoption, even when they have a great internal use case, you have to ask yourself ‘why’?”

“The economic situation of Wirecard AG was and is extremely difficult in light of the lack of liquidity and the well-known scandalous circumstances.”

“I have never, and would never, invest one cent in Bitcoin, which I believe is equivalent to a Ponzi scheme. […] I would strongly advise everyone with any shred of common sense to ignore this false story and avoid Bitcoin like a plague.”

The 39-year-old’s theory appears to be straightforward. He believes BTC could overtake gold as the global market’s leading safe-haven asset.

Since the market capitalization of gold is estimated to be $9 trillion while Bitcoin is valued at around $200 billion, this could leave a 45-fold upside.

Winklevoss provided an infographic that showed BTC has multiple advantages over gold. This cryptocurrency’s supply is fixed at 21 million — and while gold is scarce, its true supply is unknown. Bitcoin is also divisible, difficult to counterfeit and relatively inexpensive to store, all things that the precious metal can’t compete with. 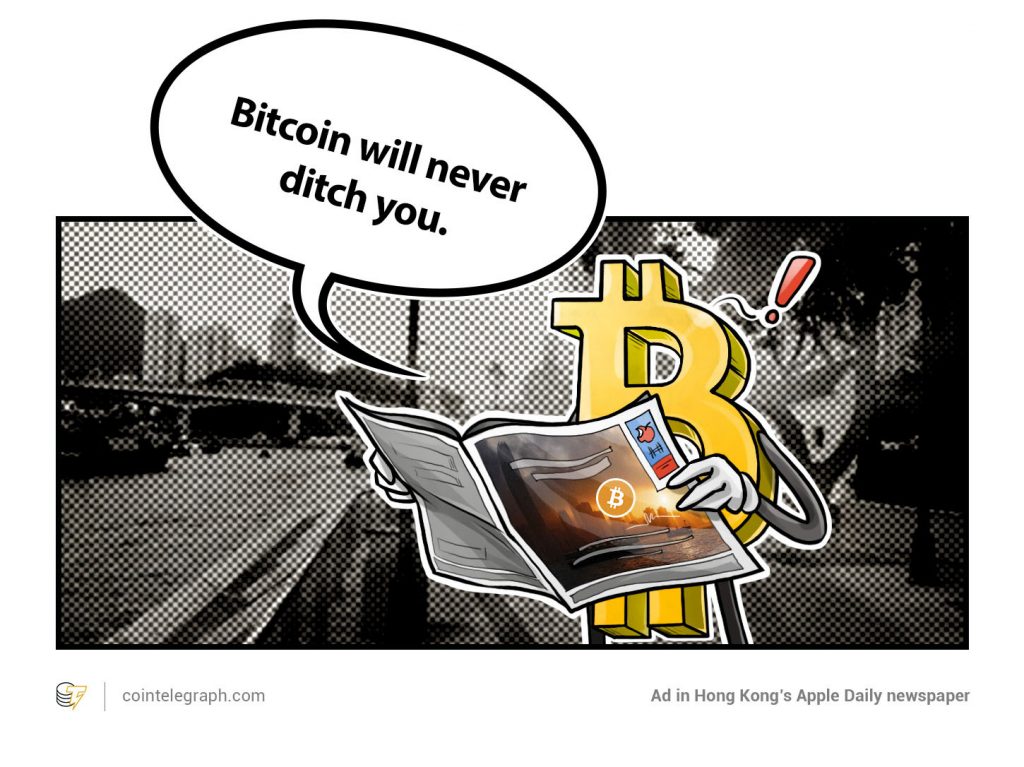 A young Russian citizen and his co-conspirators came within an inch of carrying out a major ransomware attack against Tesla… unaware that their target had already turned them in.

Pavel Kriuchkov allegedly spent weeks in the U.S. attempting to recruit a Tesla staffer at the firm’s Gigafactory in Nevada for a “special project.”

The employee was told they would receive $1 million if they helped install targeted malware that would pave the way for a distributed denial-of-service attack, followed by the exfiltration of sensitive company data.

The plan was to hold Tesla to ransom under threat of dumping the information publicly. Kriuchkov’s conspirators had their eye on a $4-million ransom.

Thankfully, the employee had already tipped off the FBI — and a series of meetings ended up being physically surveilled and wiretapped by federal agents. Kriuchkov is now in detention pending trial, with Elon Musk tweeting: “This was a serious attack.”

A major dark web marketplace has been offline for days, and no one knows why

Empire Market suddenly went offline this week — prompting customers to raise concerns about whether a distributed denial-of-service attack was to blame… or something more sinister was afoot.

Rumors began circulating on Reddit that the major dark web marketplace could be preparing for an “exit scam” — a scenario where a company disappears with customers’ funds with little to no warning.

If it is an exit scam, it could damage trust in darknet marketplaces. According to the cyber risk protection firm Digital Shadows, Empire had 55,000 listings and processed about $6.5 million a week.

The company wrote: “In this tumultuous environment, with English-language marketplaces disappearing left, right, and center, Empire had become a bastion of steadfastness — a beacon of credibility to which all other dark web marketplaces were compared.”

The SEC has alleged that three people used their influence in churches to raise $27 million from approximately 1,200 investors.

Legal filings claim John Frimpong, Dennis Jali and Arley Johnson had described themselves as experts in crypto and forex — advertising gains of between 6% and 42% per month or financial quarter.

Although earlier investors were paid back at times to ward off suspicion, it’s alleged that the defendants ended up spending the money on themselves.

Johnson claimed to be a minister, while Jali reportedly pastored at seven church locations. Many of their victims were African immigrants. 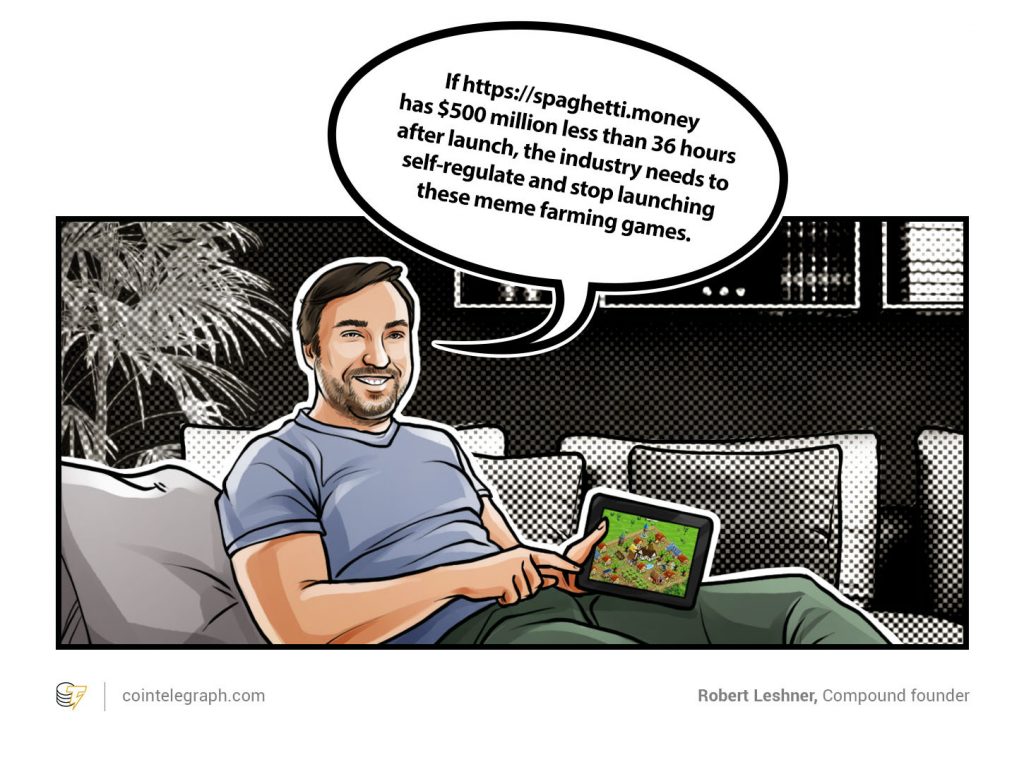 There have been endless predictions about when crypto and blockchain will achieve widespread adoption, so Cointelegraph Magazine has reached out to industry thought leaders to complete this sentence: “We will know blockchain has gone mainstream when _______.” Andrew Singer looks at their responses.

From dream to nightmare: Belarus crackdown has tech firms restless

Will the political turmoil in Belarus put an end to the development of digital technologies and the financial freedom of its citizens? Here’s Julia Magas.