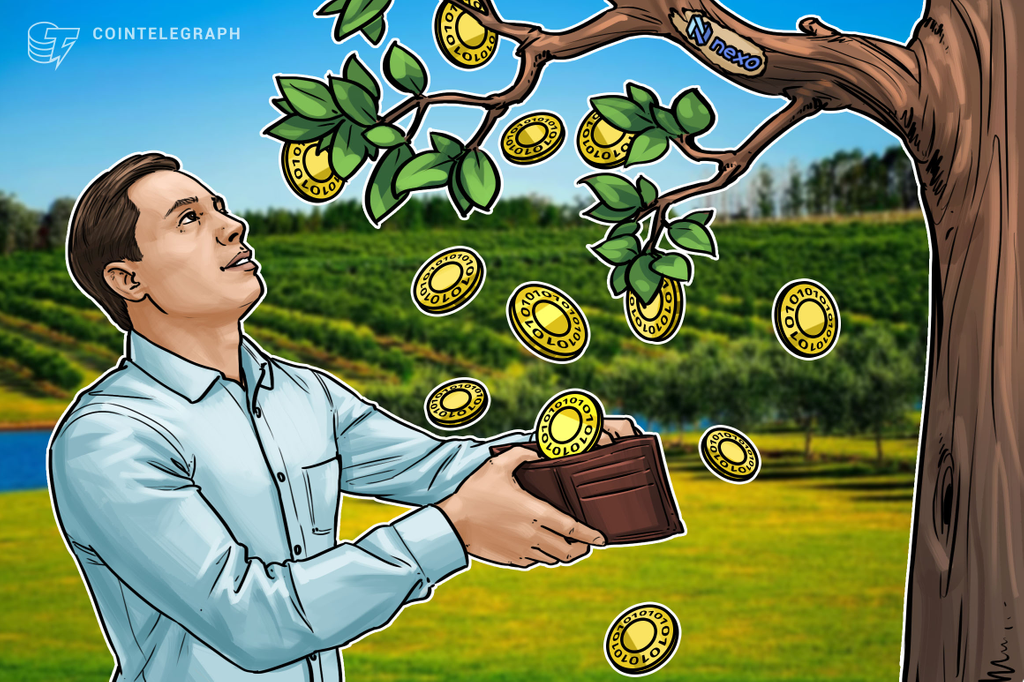 What types of tokens are out there?

I've never heard of dividend tokens, what are they?

I see. And what is the difference between utility and securities tokens?

What are the advantages of income from dividend tokens?

How are dividend tokens regulated?

What are the advantages of a dividend token?

What is the best application of these tokens?

What types of tokens are out there?

There are many, let&rsquo;s see.

Due to the cryptocurrency boom, the terms &ldquo;token&rdquo;, &ldquo;coin&rdquo;, &ldquo;initial coin offering&rdquo; (ICO) and many others have become an integral part of the vocabulary of every trader and investor. Their use, however, is often shrouded in uncertainty and confusion.

Here are the differences between the main types of tokens.

Currency tokens. As the name suggests, these are tokens used as a form of payment and a store of value which can be retrieved at a later time. Arguably, this makes them identical to &ldquo;coins&rdquo; like Bitcoin and other cryptocurrencies.

Utility tokens. The advent of Ethereum created what became known as &ldquo;utility tokens.&rdquo;&nbsp;Unlike currency tokens, this type of token gives holders access to products or services within a particular platform or network. Utility tokens are multi-functional - they typically &ldquo;reside&rdquo; on top of a given Blockchain such as Ethereum, and for the most part, can be used within their respective network.

Securities tokens. In addition to allowing holders to purchase goods and services, securities tokens often promise investment returns and value appreciation. This quality was a reason for some market participants and regulators, most notably the US Securities and Exchange Commission (SEC), to classify them as securities. As such, they constitute an investment contract and have the potential for profit, passive income and dividends.

Asset tokens. Asset tokens serve as a digital representation of an asset in an organization or platform.

Equity tokens. More of a theoretical than practical concept right now, these tokens give their holders an ownership share in the issuer&#39;s capital, pretty much like stocks do.

Reward tokens. Most commonly, these are the Blockchain equivalent of loyalty points or other reward programs.

I've never heard of dividend tokens, what are they?

Those that offer a share of the profit of the issuing organization.

With the exception of currency tokens, most other tokens represent an investment contract in a joint establishment, promising potential for a passive income. Such income may come in different shapes and forms. Examples include profiting from value appreciation, profits from investments and mining operations and others.

Some organizations share their profits by distributing dividends among token holders. In addition, there are Blockchains that have dividend-like features, making their currencies akin to &ldquo;dividend tokens.&rdquo;

Similar to stocks, tokens with dividend features may or may not carry voting rights. Unlike stocks, holding dividend tokens entitles the holder to passive income without necessarily constituting ownership in the organization.

Staking, or Proof of Stake (PoS), can be viewed as a form of dividend concept. Stakers hold their tokens in a designated wallet, receiving payouts for the duration of their holding.

Dividend payouts may be regular, for example weekly or monthly, may be dependent on a certain level of token ownership - e.g. large holders receive payments before smaller ones - and may depend on the issuer reaching certain performance milestones.

I see. And what is the difference between utility and securities tokens?

Unlike securities, utility tokens are not always about profit.

The term &ldquo;utility tokens&rdquo; acts primarily as a distinction from &ldquo;currency tokens&rdquo; or cryptocurrency coins which are the digital equivalent of fiat currencies.

Blockchain and decentralization have made it possible to build entire platforms and networks on top. Utility tokens are what makes it possible for the members of those platforms to interact and trade units of Blockchain value. Such units may represent products and services, access to different components of the network, reward for certain efforts and contribution, or different forms of financial value.

The most simple description of a &ldquo;securities token&rdquo; is one which offers the potential for future passive income.

Contrary to securities, utility tokens do not necessarily represent an investment contract. In the cases where tokens &ldquo;emphasize the potential for profits based on the entrepreneurial or managerial efforts of others&rdquo; they can be viewed as securities, as interpreted by the SEC.

It is important to note, that currently there is no uniform definition across industries and countries and interpretations vary widely.

What are the advantages of income from dividend tokens?

It&#39;s about the power of passive income.

Out of the many types of passive income strategies, dividend income is arguably the best form.

Passive income means receiving recurrent rewards for efforts made in the past, with no additional work required. Similarly, dividend tokens pay their holders a regular reward without additional investments, even in bear markets if the company has a sound business model that works despite market volatility.

The NEXO Dividend Token pays out 30 percent of the company&rsquo;s profits to token holders each month. Payouts will be made in ETH and distributed proportionately to Nexo investors.

The concept of dividend-yielding assets was borrowed from the stock market, where investors receive dividends from certain shares they own. In the world of capital markets, it is not impossible for an investor to recoup all of their original investments as a return from dividends, all the while still owning their stocks. This is despite the relatively modest returns from stocks compared to the potential of the cryptocurrency markets.

When reinvested, passive income can yield even higher returns and, subsequently, bring larger passive income in the future. In the meantime, holders may still profit from a possible value appreciation of their token.

Let&#39;s not ignore the power of compounding - reinvesting dividends, combined with value appreciation, is like passive income on steroids. It has the potential to return the original investment multiple times over a few years.

In a world of negative interest rates, investing in the right dividend token may prove to be a game-changer.

How are dividend tokens regulated?

Varies from country to country; in the US they are treated as securities.

Token regulation, and dividend tokens in particular, is still to a great extent a gray area.

Apart from being a legal novelty, designing a uniform regulatory framework for the token economy is a daunting task for regulators around the world.

Part of the challenge stems from the fact that by buying a token, holders acquire different tangible and intangible goods, ranging from commodities to a purchase of rights to assets or securities.

The diverse aspects of token investment are covered by different laws and regulations and, in many cases, do not fall into any category at all.

In the past months, different jurisdictions have stepped up their efforts to establish a basic framework around tokens.

The SEC is an example of a watchdog which views tokens promising any kind of future profit &ndash; whether utility, dividend or other types &ndash; as securities.

Dividend tokens, as far as they offer investors a possibility to generate a passive income, fall under the same classification as securities, at least as far as US legislation is concerned.

What are the advantages of a dividend token?

Numerous types of token investments come with a lot of strings attached. Holders can use them under certain conditions and, for the most part, they are restricted to the network they represent.

In cases where tokens are regulated, they provide transparency and security for the holders which many investments and asset classes lack.

In addition, the Blockchain nature of those tokens means that they are transparent, decentralized and, as the case may be, anonymous.

Finally, to make sure that there are funds for dividend payments, the projects and services they are linked to need to be profitable. Organizations committing to distributing dividends have profitability inherent in their business plans, giving investors relative certainty regarding their financial holdings.

As previously hinted, token dividend payouts are not always predictable. In addition, like many other Blockchain-related projects, they are subject to changes at the sole discretion of the issuer.

In certain cases, organizations distribute dividends upon individual payout amounts reaching a certain level. This may be an effort to maximize payments and avoid certain transaction costs or a result of other strategic decisions.

Certain organizations, prioritize token holders based on the amount of tokens owned which may be disadvantageous for smaller investors.

Furthermore, in some cases, payments may depend on organizations hitting certain performance indicators, outside of the control of the individual investor.

What is the best application of these tokens?

They are very versatile, providing liquidity to their owners and the system.

Dividend tokens are a form of digital financial assets. As such, they are best suited for financial and investment-related undertakings. Examples include cryptocurrency investment funds and enterprises distributing a portion of their upside as a dividend. Another example is companies investing in cryptocurrency mining and sharing part of their net profits with token holders.

Having said that, dividend tokens are very versatile and have limitless applications, from PoS currencies to other investment projects and individual blockchains.

From a user perspective, dividend tokens unlock the monetary value holders have tied into their digital assets. Owners can continue to enjoy their holdings while receiving payments on top of the value of the underlying asset.

The concept of dividend tokens and projects like Nexo are both aimed at solving a $5 trln problem. According to a research by crypto exchange Latoken, by 2025 the total &ldquo;capitalization of cryptocurrencies may exceed $5 trln as crypto wallet penetration exceeds 5 percent of the world&rsquo;s population and asset cryptocurrencies pave the way for trading asset tokens.&rdquo;

Yet, due to a number of reasons &ndash; from regulatory to market and project specific &ndash; a considerable amount of tokens and assets remains unused.

While undoubtedly positive for the industry, the increased volume means that the idle value of digital assets will only grow. Their immense financial power, directly or indirectly tied into cryptocurrency-related assets, has the potential to transform the market. That is, if cryptocurrency owners could better take advantage of immediate investment opportunities that require liquid cash.

This is where dividend tokens and liquidity solutions like Nexo can play an important role.

Here&rsquo;s to a new dimension of hodling.