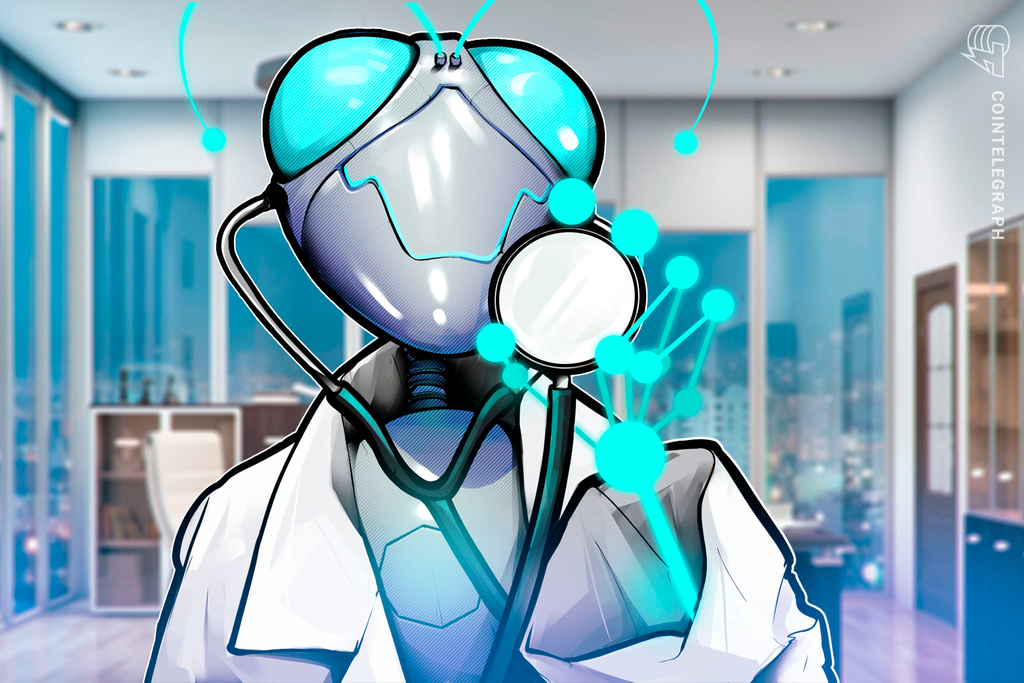 There’s been a lot of hype over using blockchain in health care. Why is that?

Why would I allow my data to be stored on a blockchain? Is it safer than traditional systems?

Okay, I’m somewhat convinced. Are there many use cases already?

And what about major companies? Are they interested in blockchain?

Contracts are good but can blockchain actually save lives?

There’s been a lot of hype over using blockchain in health care. Why is that?

The data stored on a blockchain is transparent and immutable, which is extremely important for the health industry. Some insiders even call it the “ultimate use case” for the technology.&nbsp;

In fact, there are several reasons behind this hype. As Cointelegraph previously explained, one of the core characteristics of blockchain is its decentralization. Each move is publicly recorded, time-stamped and nearly impossible to edit. The blocks that contain data are protected by advanced cryptography. If the information on the block has somehow been altered, the users of the network (nodes) have to agree on the changes. This technology could be tremendously effective for many public systems — health care, in particular — and here’s why.&nbsp;

Foremost, the health care industry has to deal with a lot of paperwork, and it processes enormous amounts of data on a daily basis. Blockchain technology allows for significantly reducing the time spent on this routine. It provides a sophisticated tool for managing all sorts of databases — including those concerning patients — as all the information is safely stored in blocks and only an authorized person can have access to it. This means the doctor who deals with the patient can proceed with the data directly, without communicating with other staff or even other health care institutions. In case of an emergency surgery, even a minute saved this way could count.&nbsp;

Some indeed believe that blockchain could contribute to establishing a shared database of patient data, which, in turn, would connect different hospitals and private practices using drastically different systems. For instance, just in the American city of Boston, there are 26 electronic medical records systems that are not compatible with each other. And the situation is even more desperate at a larger scale. Imagine a woman who faces a premature delivery and is currently a thousand miles away from the state she planned to give birth in and all the therapists who have been familiar with her case. In a situation like this, it would be crucial to have a single, comprehensive database that could be easily accessed by different hospitals within the country.&nbsp;

Another major problem in health care is the abundance of middlemen who were intended to facilitate the interactions with medical institutions. For instance, the current state of the health care system in the U.S. looks like an incredibly complicated alien microcircuit.

Blockchain offers a major solution for this problem: smart contracts that allow us to interact directly with the person we need. These contracts could be used in telemedicine — a growing field of medicine that allows doctors to reach their patients via smartphones, wearable gadgets and other devices. While this type of interaction is very handy in the modern world, it is still vulnerable to hackers. Smart contracts would help collect the client’s data securely and transparently.

And last but not least, blockchain could really help the health care industry to eliminate counterfeit drugs. One of the areas that uses decentralized technologies the most is supply chains. Some commercial giants are already using blockchain to track the origins of a particular product they sell, and pharmaceutical manufacturers could do the same. According to the World Health Organization, approximately one in 10 medical products circulating in low- and middle-income countries are substandard or even fake. If the whole industry traced the medications via a secure blockchain system that prevents data from being changed, the percentage of fake drugs on the market would significantly decrease.

Why would I allow my data to be stored on a blockchain? Is it safer than traditional systems?

Health care was exposed to more cybersecurity breaches than any other industry in 2018, accounting for 25% of 750 reported hacks. The numbers were particularly high in the U.S., where health firms suffered a record 365 data breaches in 2018 in comparison with 2017's high of 358. During the hacks patients frequently lose their social security numbers, names and addresses. Sometimes, the information is more sensitive, such as health insurance information and medical histories.

According to some rough estimates, the health care industry loses around $6 billion a year as a result of security breaches. The biggest health care breach took place in January 2015. Back then, the hackers stole 78.8 million patient records from the U.S. health insurance company Anthem — including names, social security numbers, home addresses and dates of birth.

Unlike traditional databases, blockchain is considered to be secure and immutable. As explained earlier, a block that has been altered needs to be approved by a widely distributed grid of nodes. Whenever the users’ actions or the changes made look suspicious, the amendments are cancelled. Indeed, there is a relatively small theoretical possibility of a large-scale capture of any existing blockchain network, which is called "51% attack." To achieve this, a group of users has to gain control of the majority of the network’s nodes — therefore making it “centralized.”

As Cointelegraph has written, 51% attacks have already happened several times, with hackers mostly attacking altcoin chains to steal cryptocurrencies. Despite the fact that fraudsters have only stolen tokens so far, some states are already developing regulations for those who would risk trying to alter sensitive data on a blockchain. For instance, last year, the state of Michigan introduced a bill imposing criminal penalties for manipulating data on blockchains in order to commit fraud.

Okay, I’m somewhat convinced. Are there many use cases already?

Actually, there are plenty of them. Health care institutions are already testing decentralized data storages, tracing the origin of drugs and managing donations via blockchain.&nbsp;

At the same time, Portland State University researchers are developing a blockchain protocol to prevent counterfeit pharmaceuticals from filling the market. The proposed solution represents a blockchain-based chain of information, with only users possessing a specific key to access or modify the stored data.

Some use blockchain for health care-related charity. For instance, this year, the ALS Association has partnered with the Tron Foundation to launch a blockchain-enabled charity campaign to build awareness around amyotrophic lateral sclerosis. Tron will provide the blockchain technology to track donation distribution during the campaign.

To sum up, even by the most modest estimations, the adoption of the blockchain technology could save the health care industry up to $100-$150 billion per year by 2025.

And what about major companies? Are they interested in blockchain?

Tech giants and global institutions are now dipping their toes into blockchain. Some are preparing to launch decentralized health care solutions.&nbsp;

In early 2019, the U.S.-based health insurance giant Aetna partnered with IBM to create a blockchain network tailored to the health care industry. The solution is set to streamline the processing and payments of insurance claims, as well as the managing of directories.

Contracts are good but can blockchain actually save lives?

Maybe. Blockchain is already involved in tests for diagnosing medical conditions. Moreover, it is improving our daily health care routine.

Many solutions that could possibly contribute to saving lives in the nearest future combine blockchain and other technologies, such as artificial intelligence (AI). For instance, combining blockchain and AI might help build a distributed network of artificial neural networks that will potentially diagnose medical conditions with greater success than human practitioners.&nbsp;

Such experiments have already been funded by the government of Austria, where a local startup is building a cancer-screening tool. It harnesses an AI that has a 90% accuracy rate of detection for cervical cancer, while human pathologists achieve only 60-70% accuracy.

Finally, while we are waiting for a historic breakthrough in health care, blockchain has already made the industry more user friendly and accessible.&nbsp;

Solve.Care, the same company previously mentioned, says it will connect health care and transportation. It has launched a service that is set to improve general access to medical care. Its partnership with the ridesharing app Lyft will allow Solve.Care users to schedule Lyft rides to doctors’ clinics, hospitals and pharmacies, with automated payments using its native utility token SOLVE via a built-in digital wallet.