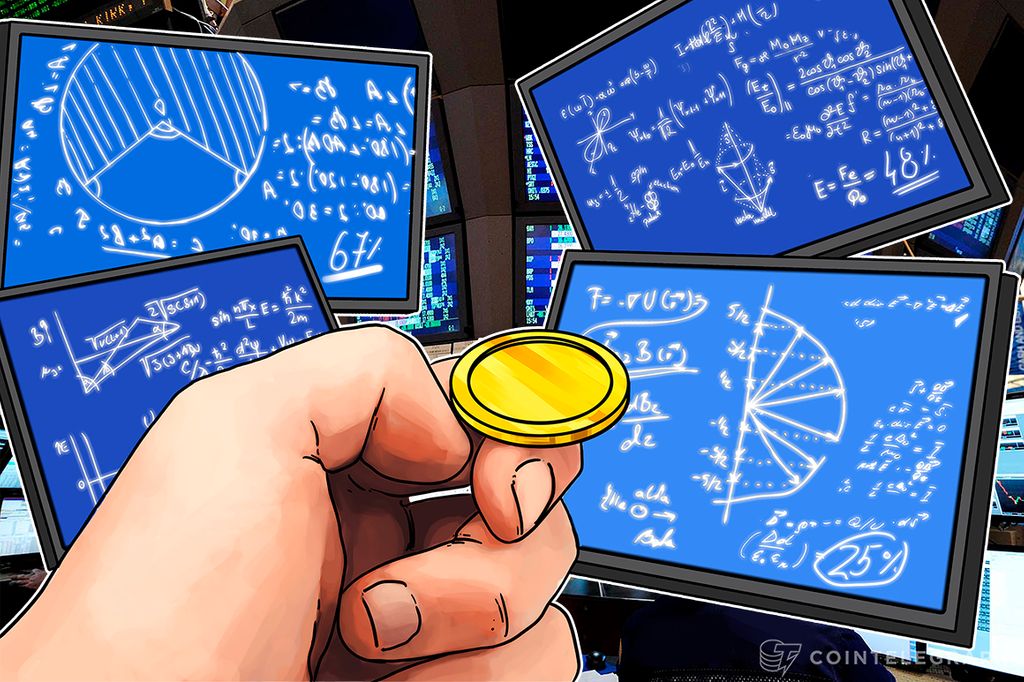 What are Prediction Markets?

We use the word ‘bet’, but how is it different from gambling?

How do prediction markets work?

Why are prediction markets so efficient?

What impact does Blockchain technology have on prediction markets?

How does the concept of prediction markets apply to real case usage?

Why is scalability a problem?

How will a review process work and what are the benefits?

What are Prediction Markets?

At its core Prediction Markets are Futures Markets.

It&rsquo;s based on a binary event where something either will or won&rsquo;t happen. In the finance world, participants trade with contracts where the payoff will vary depending on the outcome of a future event. Prediction markets make the result of this future event tradeable.

Essentially it&rsquo;s placing a bet on the probability of specific results in certain situations, such as elections, sales of a company, price fluctuations of commodities, even changes in the weather.

The value of a bet will in most cases reflect the probability of an outcome materializing.

We use the word ‘bet’, but how is it different from gambling?

This is because the payoff depends on the accurate prediction of an outcome of an event. Therefore, people will put in more effort to come to the most accurate conclusion.

As a larger number of people do more market research to come to the most likely conclusion, the predicted outcome will lean more favorable to one side.

If you place a bet on a coin flip, the outcome will always be 50% heads, 50% tails. There are no external market conditions that will influence the outcome. Luck plays a major role, and this is called gambling.

But prediction markets rely on the collective wisdom held by a group of people on the probability of a future event materializing. 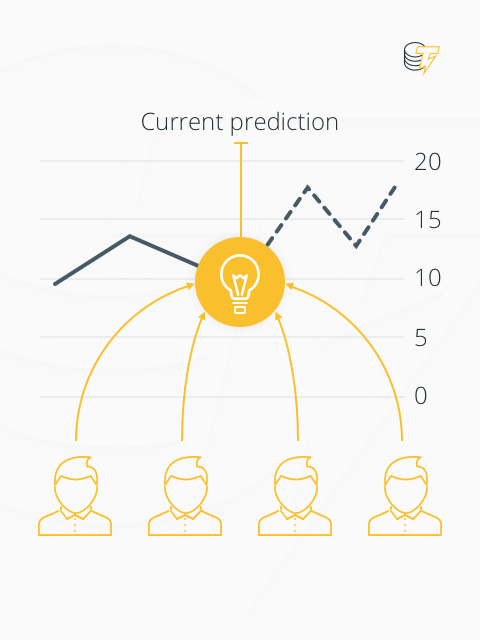 How do prediction markets work?

It is often tied to a contract based on the outcome of a future event.

A good example to use is presidential elections.

Futures contracts can be structured to pay $1 if the predicted outcome materializes and $0 if it doesn&rsquo;t.

If Candidate Y&rsquo;s contract trades at 30 cents, the market puts their chances at 30 percent.

If the contract that you bought supports the eventual outcome, you will get $1 for that contract. If the outcome goes the other way, you get nothing.

As time goes by and more and more people buy the contracts, the prices will fluctuate depending on market conditions and the combined information held by market participants. Why are prediction markets so efficient?

It relies on the collective view of many, not just one person&rsquo;s research.

It is assumed that a group of people will hold more substantial and a wider range of information on the market as a collective, than individuals would as singular entities.

Participants are also putting down real money towards the outcome of a future event. The economic incentive is, therefore, to either make sure you are an expert in the field or do extensive research and analysis to come to the most likely outcome.

The theory is that if you have a stake in the outcome, you will put more effort and research into coming to the most accurate conclusion.

What impact does Blockchain technology have on prediction markets?

The biggest advantage is decentralization.

Decentralization means the removal of a middleman or central authority that has to administer trades and bets.

As a result, fees are significantly reduced because there&rsquo;s no third party involvement necessary. Blockchains are trustless environments which mean participants can simply enter a predictive contract without the need of a broker to manage the trade.

With a centralized platform, information regarding the prediction market might be withheld by the central authority to give them an advantage over the market participants.

With a decentralized system, there is no central authority, and all information regarding the market is publicly available to everyone.

How does the concept of prediction markets apply to real case usage?

It becomes really useful when voting in dispute resolutions.

These markets are created to trade the outcome of events and can be used as oracles as well, so they have wide application.

A freelancing market built on top of a Blockchain network comes with all the benefits of a decentralized system, such as reduced fees, no censorship and no limits as to the value and complexity of tasks.

But it does also mean there&rsquo;s no centralized authority to handle disputes. A dispute resolution system in such a market, therefore, become very important and is generally achieved through voting, similar to consensus achieved in prediction markets through the wisdom of the masses.

There is a big problem though, and that is scalability.

Why is scalability a problem?

On other networks where consensus is reached through a voting mechanism, everyone can vote on everything. There is no voting hierarchy. That&rsquo;s like having just a Supreme Court in a traditional legal system, they have to hear all cases, thus creating a bottleneck.

This is not feasible for a decentralized freelancing marketplace as there might be several disputes going on at the same time between different freelancers and job creators. They need to be resolved as quick as possible for the freelancer to get paid and for the task creator to get the finished product.

The answer lies in how voters are selected.

A Blockchain-based freelancing network like, for instance, CryptoTask, introduces review panels that are randomly selected for each task. Reviewers can check off-chain if they were selected for a specific task dispute and vote if they were. All they have to do later is to prove on-chain that they were in fact selected to vote.

Unlike prediction markets, where the value of an outcome on an event will continuously change as participants place bets, the value of a task in the decentralized freelancing market is predefined.

Task markets, therefore, scale much easier as a review process is only necessary in the case of a dispute. In the majority of instances, however, the freelancer and the task creator will not need to enter into arbitration.

How will a review process work and what are the benefits?

It starts with putting down a deposit.

With a review system like that of CryptoTask, reviewers are token holders that stake an amount equal to the task value that they are putting themselves forward for as a potential reviewer. It means that being a stakeholder, you already have a chance of being selected. That chance is directly proportional to that individual's stake, so this prevents sybil attacks.

If they do, however, get randomly selected to be a reviewer and the task goes into dispute, they are required to cast a vote on whether or not they think the task was actually completed. If a reviewer votes against the consensus or does not vote at all, they do not lose any certain percentage of their staked amount.

Some of the benefits of such a system include: