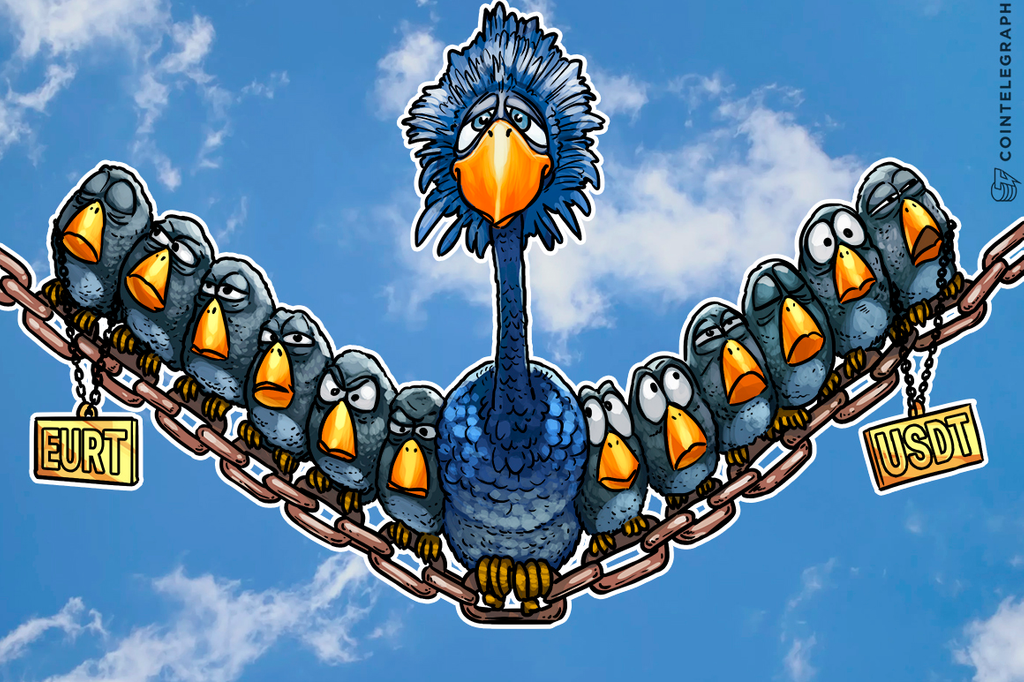 Tether is a cryptocurrency that represents real currencies in a Blockchain market.

The project was founded in November 2015. It has two tokens USDT and EURT, which were made as analogues of USD and EUR in a Blockchain world. These cryptocurrencies are closely&nbsp;connected with the exchange&nbsp;Bitfinex. At first, Tether was based on the Bitcoin Blockchain system, but in June 2017, the transition to Litecoin was&nbsp;declared. Since May 2016, Tether capitalization increased rapidly. At the end of August 2017, it amounted to approximately $320 mln.

During 2016, there were no significant changes in the circulation. However, since April 18, 2017, Bitfinex has been rejecting transactions with the fiat currencies. The same happened with Tether.

And although everything seems to be great for the company, there’ve also been some issues involving the official site; a redeem of tokens, withdrawals, liquidity and an emission.

The information from different pages contradicts each other.

Here is the information given on the main page of the official site.

Here is the information given on&nbsp;the Terms of Service page.

The thing is, Tether is not a cryptocurrency that can be used as money. It is not backed. And that is why the company cannot guarantee any transactions with their tokens.

Bitfinex and Tether have experienced some issues with the banking system.

In April 2017, Tether underwent a cut to wire transfer services from Taiwanese banking partners. Later that month it was international customers who found their wire deposits frozen.

Here is the official statement:

“Since April 18, 2017, all incoming international wires to Tether have been blocked and refused by our Taiwanese banks. As such, we do not expect the supply of tethers to increase substantially until these constraints have been lifted.

For customers with bank accounts outside of Taiwan, we are diligently pursuing alternate funding channels. New banking corridors are in the process of being established, and we are speaking with integrators of USDT about the possibility of intermediate customer redemption processes. Until then, we are asking our customers not to send any additional incoming wires until we can provide a reliable method of receiving funds.”

As Bitfinex filed a lawsuit against Wells Fargo, after the latter allegedly prohibited to transfer its funds internationally, Tether signed in on the suit as well. 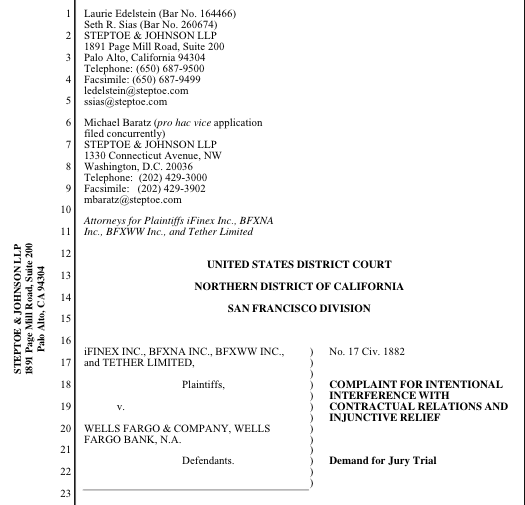 The lawsuit was dropped later without any official statements.

But for now, the question remains open, whether Tether tokens can be redeemed.

Without any audit information, it cannot be stated for sure.

Despite all the issues described above, the Tether capitalization was growing. It has been growing rapidly, so it means investment flow. But where does it come from? As the official site says reserve holdings are subject to professional audits. However, Tether does not give any names of auditors or companies.

Tether cannot use bank facilities, so where does the company hold its money? Why is the information not known for token holders? What is the real circulation of tokens? The Blockchain community has more questions than answers. Emission can be excessive, which means unbacked tokens.

The pair USDT/USD is presented on only two exchanges:&nbsp;Kraken and Bitfinex. Bitfinex fixed the price of one USDT at a rate of one USD. The volume of these transactions is tiny, so the question about the liquidity is open.

Nowadays there are millions of Tether tokens without backed value.

These tokens can be used to buy some other cryptocurrencies. If too many USDT tokens are used, it will impact the price of Bitcoin and altcoins. Few connections with banking system may raise more and more questions about Tether activity. The investigation into BTC-e can also touch upon Tether. All of this raises more question than we can find answers to.
It seems like the company really needs to make an effort to clarify their activity.