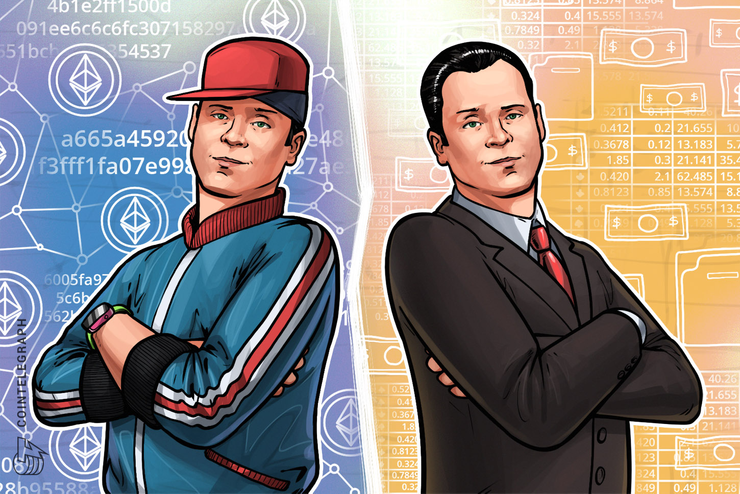 My father always used to say – if you have money, don’t keep it in the bank, let it work for you.

The new cryptocurrency technology brought us a brand new investing option (pun intended) - the Initial Coin Offering (ICO.) So, if you have some money to invest, you can go with a known, Initial Public Offering (IPO) based company or support one of the young startups with ICO. What would you choose, and what is actually the difference?

The first and the main difference: IPO is usually for well settled companies, whereas ICO is more for the young and risky. Using a metaphor to illustrate, the IPO is a 40 year old gardening equipment company owner and ICO is an 18 year old computer geek building his supercomputer in his father's garage.

The first one has a known, profitable business, a solid bank account and a positive business record. The second one has nothing of the above - he can be the next Steve Jobs or his bright idea will be forgotten in a year.

Whether you choose to invest in a young and unknown computer genius or a respectable middle-aged businessman, the intent is the same. You hope that the business will grow and your profit will grow accordingly.

Now, let’s compare the differences between the two: There are a number of requirements that a company has to fulfill before listing its shares through an IPO, including having a minimum earnings threshold and a good track record. Traditional IPO issuance can be a lengthy process, due to the requirement of legal and compliance processes. Another requirement is a prospectus. The prospectus represents a legal declaration of its intention to issue its shares to the public, and must include key information about the company and its upcoming IPO to assist potential investors in making an informed decision. So, for an IPO you need lawyers, banks and patience.

Since ICOs do not require adherence to any regulatory framework and legal protocol, a majority of them do not have a track record and only have a white paper to back up their project.

The entire ICO process is much shorter in duration. Usually, an ICO project also issues a white paper, but, unlike IPO, its format has no standard. Also, please note, that in some countries such a paper is not considered a legal document at all. So, for ICO you need programmers and the Internet. That’s it. If you invest in a company from your country, it is pretty straight forward. There is usually an additional legal procedure if you want to invest in a foreign company, so you will most likely need to utilize the services of a broker.

This is the best part. The only thing you need to start investing in ICO is access to the Internet. You can buy any tokens of any company from any country. An exception to this is some US projects that are defined as securities. This projects are not available to US citizens, otherwise the projects will need an IPO-like reporting, which is against the main drawcard of an ICO. Let’s say both types of investors were pretty lucky and the investment was profitable. What do you get?

The stocks acquired through an IPO represents an ownership stake on the future earnings on the company. Shareholders get dividends yearly, depending of the company progress during the year. Another way to make money is to invest on early stage and sell the stock when its value rises.

The main thing to remember is that coins does not grant ownership of the project. There are many ways that investors of the coins may reap future benefits, and that depends on how the coin is structured. It can be a fixed price you can buy it or sell it, an amount of money you will get in case of the company will make more money than a specified amount or a right to come to their offices and eat in their dining room anytime you want. Whatever it is, it’s written in the project’s white paper.

Does it mean that IPO is more secure than ICO? It might look so, but it’s not. With all the documentary, checks and legal requirements, the company can still become bankrupt and your investment will be gone. On other hand, if you choose a promising ICO project, it might be a very profitable investment with much less bureaucracy. In both cases, it is highly recommended to learn thoroughly all available sources to make sure a project worth your money.