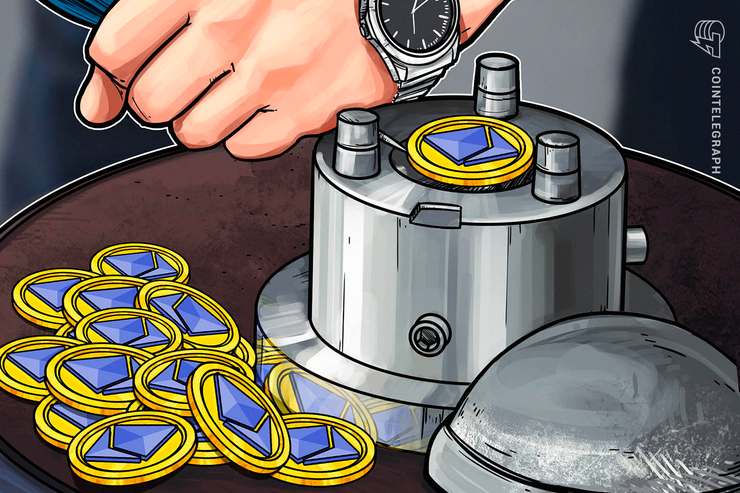 You’ve probably already had a million decisions to make while getting ready to kick-off your project’s initial coin offering (ICO) campaign. Here is another one: which platform should you release your tokens on?

Luckily, as things currently stand, you don’t really need to conduct extensive market research and decide between several equally suitable options - your decision will largely be dictated by the kind of project you’re launching.

How to choose a Blockchain platform for ICO

According to ICOWatchList’s data, more than 82 percent of projects choose to issue their tokens on Ethereum. That figure is unlikely to change in the foreseeable future, as the platform currently offers the most convenient and easy to use service.

However, despite effectively being a monopolist in the current market and a go-to platform for most ICOs, Ethereum is riddled with issues such as scalability, security and so on. Being a hulking giant of a platform that it is, Ethereum is probably not going to be able to solve those issues quickly enough.

The solution will come via emerging platforms like EOS, Cardano, Tezos and many others that are about to enter the market. Once these and similar projects are up and running, the market will undoubtedly become a lot more competitive.

For now, the combined market share of already existing platforms stands at less than 8 percent. More often than not, a project that launches its ICO on a platform other than Ethereum is somehow related to the developers of that platform. The developers either know each other personally, have a partnership contract, or they could just be from the same country.

The main issue with most veteran cryptocurrency networks is the amount of transactions they can process per second. Ethereum’s maximum is just 30, while other platforms in the list below are capable of facilitating at least a 100.

Another obvious reason is hype. If there is a lot of hype around a certain platform, some projects might choose it for their ICOs just to jump on the bandwagon and raise some extra funds by being associated with a platform. Which is of course, by no means a bad strategy.

Finally, around 9 percent of projects opt for developing their own custom Blockchain platform, and there’s always a clear reason to do so. Ethereum did it to extend the capabilities of Bitcoin’s Blockchain beyond a peer-to-peer payment system. Other startups, such as Ripple and Stratis, needed their platforms to be fine-tuned as the projects mostly cater for big corporate clients, banks, payment providers and so on.

This particular guide will cover 5 currently existing platforms that have already had at least several successful ICOs held on them. 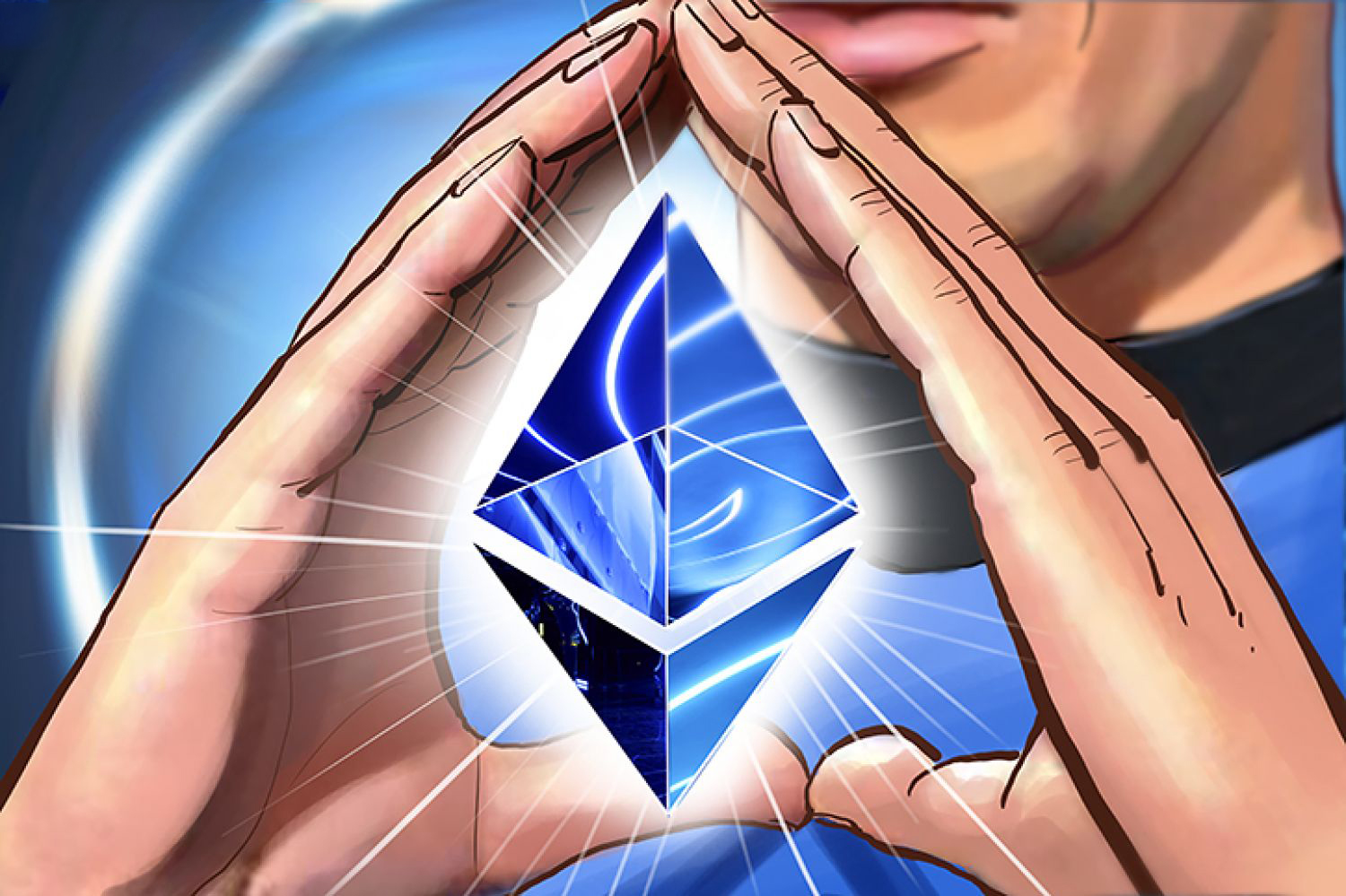 The Ethereum platform doesn’t need much introduction. It dominates the blockchain market, its creator Vitalik Buterin is hands down the most famous figure within the cryptocurrency community and its native token Ether is the world’s second most valuable cryptocurrency behind Bitcoin.

One of the main ingredients to Ethereum’s success is the ERC-20 token standard, which is also known as Ethereum token standard. Those tokens are open source and be easily built for pretty much every imaginable purpose. Moreover, they’re universal: every exchange or wallet service out there that supports Ether can very easily integrate any other ERC-20 token.

The platform also has its very own turing complete programming language called Solidity. While issuing tokens on Ethereum is a relatively easy thing to do, you will need to be proficient in Solidity to be able to fine-tune your currency to specific purposes.

The slight problem here is that the programming language is very new and relatively unknown, which might pose some challenges. However, once it’s mastered, the only limit to the token’s customization potential is the designer’s imagination.

Throughout the years of its existence the platform has seen a lot of successful projects, with the likes of EOS, Bancor, Sirin Labs and many, many others raising over $70 mln each.

But, as it was mentioned before, there are many issues with the Ethereum platform. One of the most pressing ones is that the platform’s processing capabilities are currently limited to approximately 30 transactions per second, whilst EOS, for example, is planning to process at least 1 mln transactions per second.

Moreover, the ease of token issuance combined with some security flaws has led to a large amount of scam-ICOs being held on Ethereum. This, obviously, affects the platform’s reputation and makes some projects turn away from it. 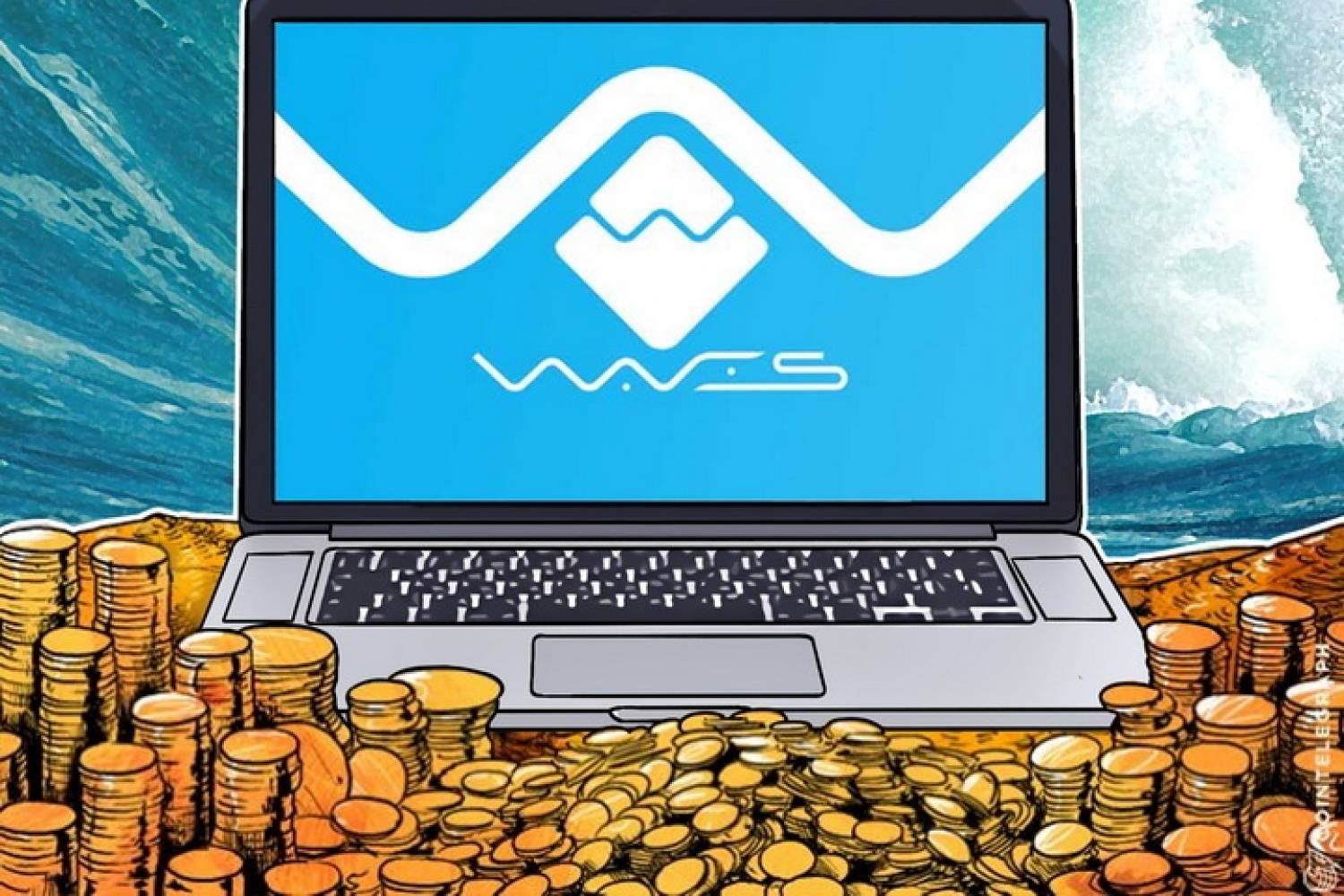 Waves is a Russian-based project founded in 2016 by Alexandr Ivanov and it’s currently the second most popular platform used to issue ICO tokens behind Ethereum.

When it comes to Waves, user’s don’t need to code complicated contracts, as all the required functionality can be added using plug-ins. The current version of the client contains a wallet, the platform’s very own decentralised exchange and a tool to release tokens.

Waves is built using the Scala programming language and utilises a completely new protocol called Waves-NG. It’s an adaptation of Bitcoin-NG proposal, which was designed to solve Bitcoin’s scalability issues, to Waves’ proof-of-stake consensus. This protocol enables the network to process around 100 transactions per second.

The platform gained support from a variety of projects launching ICOs and hosting their tokens on Waves. The most notable of them include Primalbase (3,100 BTC raised in 24 hours), zrCoin (over $7 mln raised), Chronobank ($5.4 mln) and MobileGo, who collected an impressive $53 mln, which made it the most successful ICO in history at the time. 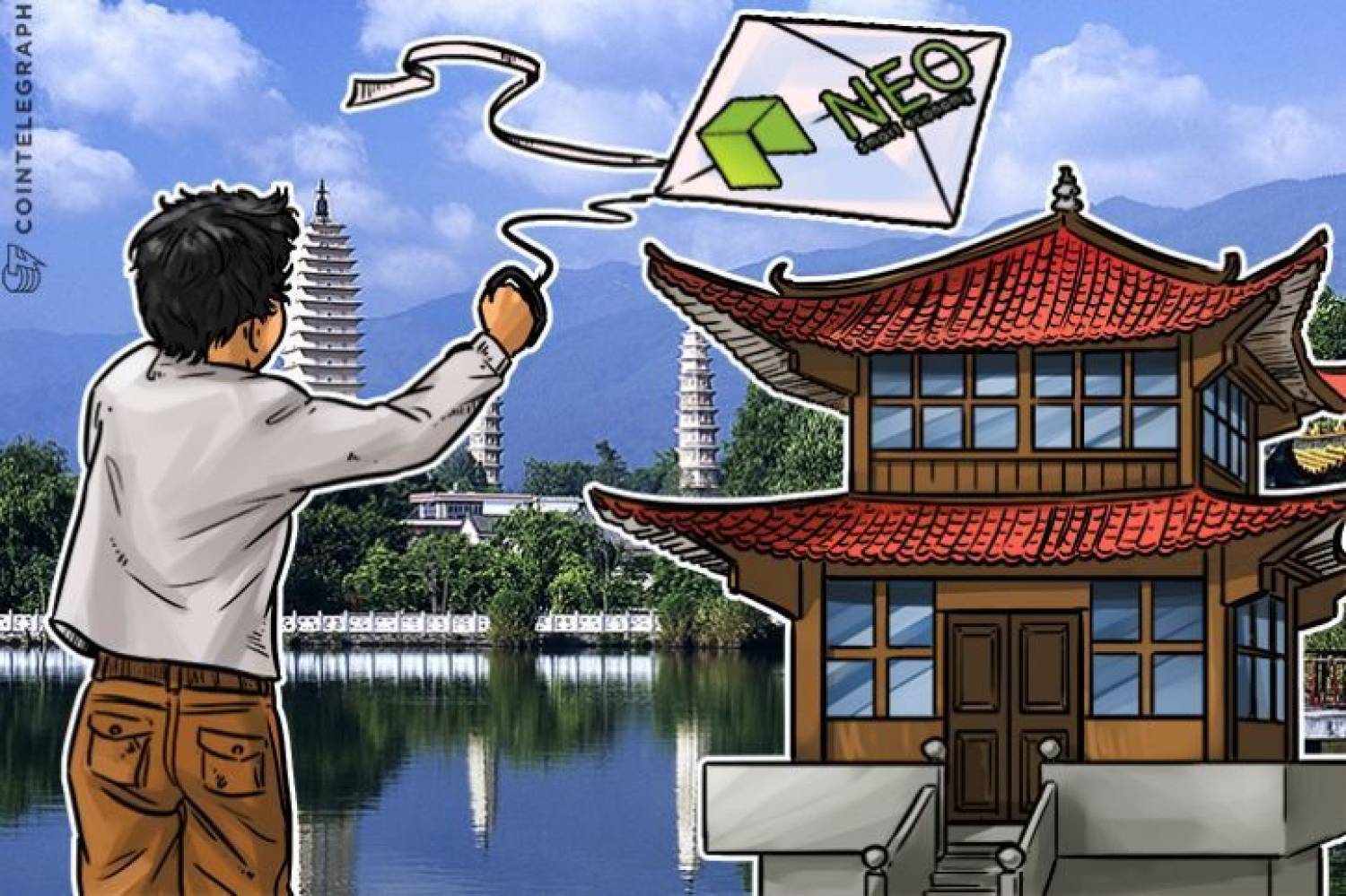 NEO (previously called Antshares) is a Chinese platform, and if we learned anything from cryptocurrency history, it’s the fact that they do things differently out there. The government’s stance on cryptocurrencies and ICOs is a relatively negative one, but big businesses and banks are excited by the potential of Blockchain technology.

That is why NEO places a particular emphasis on always staying fully compliant with regulations. Moreover, the platform has an extensive network of partnerships which stretches from sister-companies like OnChain, which aims to work with Chinese business and government, to Microsoft China, who are NEO’s strategic partner on a multitude of projects.

The platform uses a new protocol caked dBFT, which stands for Delegated Byzantine Fault Tolerance. It’s a modification of the classic Proof-of-Stake protocol, and the way it works is those who hold NEO tokens can vote for delegates, known as bookkeepers, who maintain the network for everyone.

This protocol is what enables the network to process around 1000 transactions per second, as you don’t need to wait for a large number of nodes to confirm a transaction. On the other hand, this approach means that NEO will never be a truly decentralized network, as the majority of bookkeeping nodes are operated by the NEO team.

On of the main advantages of NEO is that it supports multiple well-known programming languages. For instance, C# and Java can be used with NEO Core, while Python and Javascript support are developed by City of Zion, which is a global group of open source developers, designers and translators formed to support the NEO platform.

NEO has almost 30 ICOs coming to its platform. Some of the more successful ICOs that were already held on NEO include QLink ($19 mln), Red Pulse ($14.5 mln), Trinity ($20 mln) and many others. 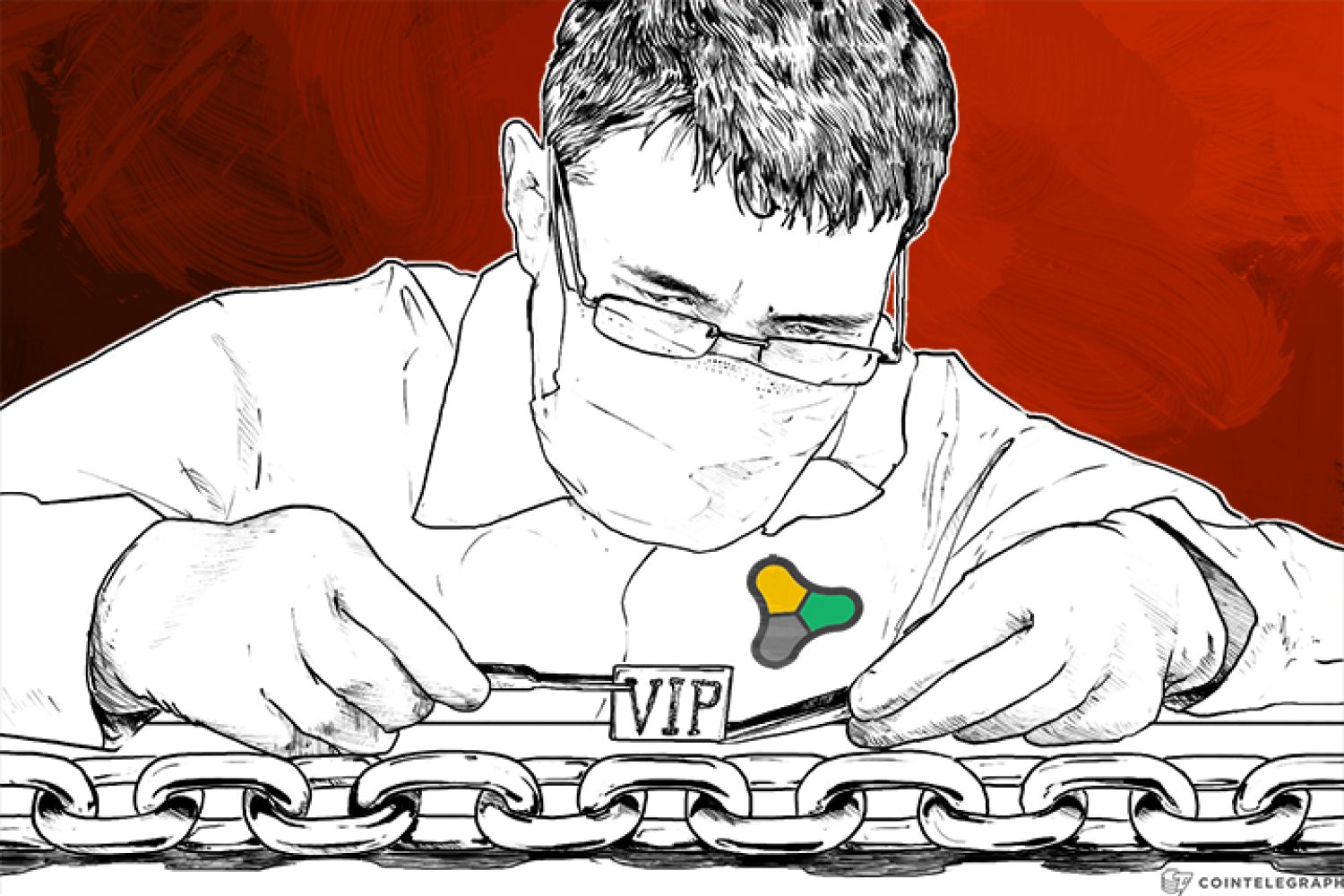 NEM is a cryptocurrency and blockchain platform launched in 2015 with businesses in mind. It was written in Java from scratch, with a C++ version in the works. The platform’s Blockchain software was picked up by a commercial blockchain Mijin, which is being tested by private companies and commercial institutions across Japan.

The platform has introduced several new features to Blockchain technology, such as multisignature accounts, encrypted messaging, a reputation system and its very own Proof-of-Importance algorithm. The user’s importance is determined based on the amount of coins held and the amount of transactions made to and from their wallet.

According to NEM, their platform is capable of processing 4,000 transactions per second, which is one of the highest figures on the market. Moreover, the platform allows for a wide array of blockchain customization so that developers can build exactly what they need, be it a finch system, an ICO, decentralized authentication system and so on. This feature is also extremely useful for projects and users looking to implements their own specific smart contracts.

The most notable ICOs held on the NEM platform include such projects as Dimcoin ($14 mln raised) and Loyalcoin ($10.9 mln). 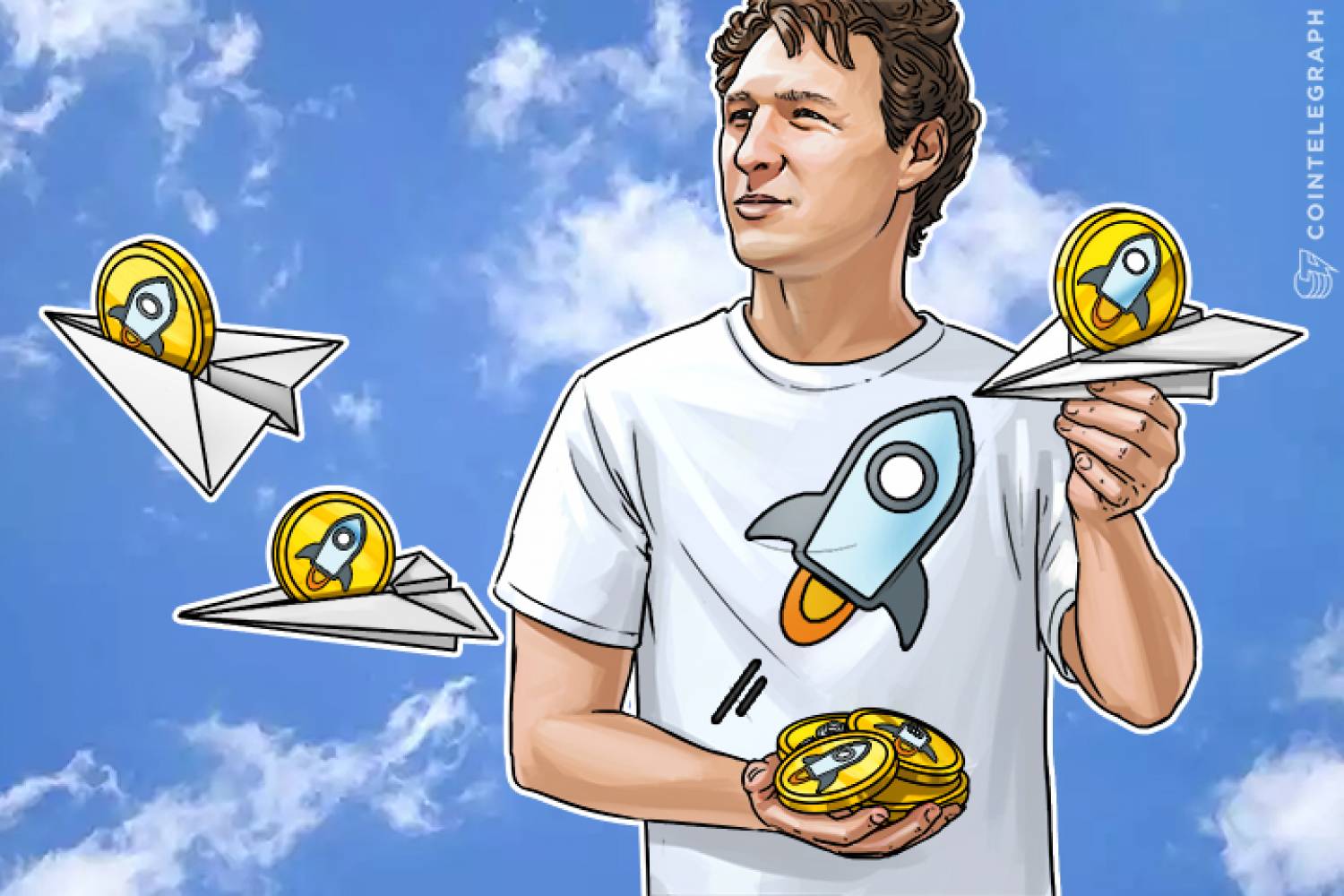 Stellar is a project co-founded by Jed McCaleb, who was the mastermind behind such projects as Ripple and Mt GOX, which during Jed’s time there was handling more than 70 percent of all Bitcoin transactions. Perhaps it’s worth noting that Jed sold his share in the company and Mt GOX was re-coded before the infamous hack took place.

The platform has its own decentralized exchange, so the tokens sold during an ICO can start trading on day one. It is being marketed as cheaper and faster than other platforms, with a 5 seconds median settlement time (compared to Ethereum’s 3.5 minutes) and the cost of 100,000 transactions on the platform being a mere 1 cent.

Here’s a quote from Stellar’s website: "While Ethereum has the most expressive programming capabilities, we believe Stellar is the best choice for ICOs that do not require complex smart contracts.” That is, the vast majority of modern-day ICOs, as most projects only really require basic tokens.

With Stellar, developers can use programming languages they’re fully familiar with, such as C++, Java and Python. The platform utilises the Stellar Consensus Protocol (SCP), which works through the use of quorums, which are a set of nodes used to reach an agreement.

Mobius, the first project to have held an ICO on Stellar, has reported that they are already capable of doing 1000 transactions per second and they can ‘easily scale’ to do more than 2000.

Speaking of Mobius, they’ve managed to collect an impressive $39 mln and compare Ethereum to AOL and MySpace along the way. SureRemit was Stellar’s other successful ICO raising around $10 mln.