Keepod made news back in the spring when its model for bringing US $7 computer access to anyone around the world got funded on Indiegogo. 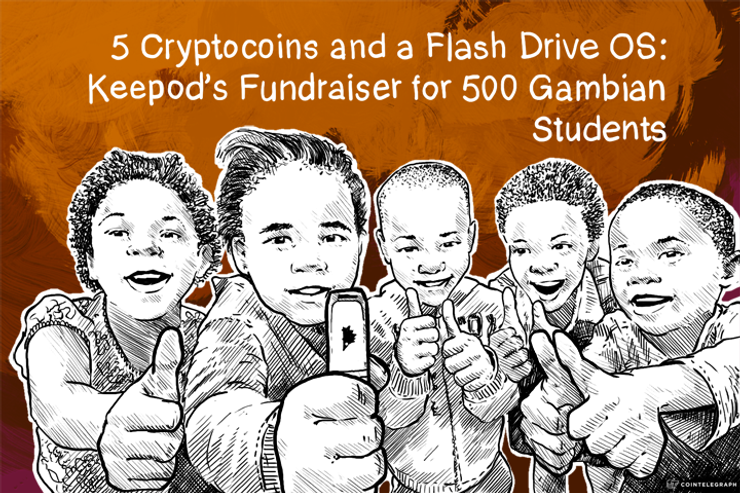 Keepod made news back in the spring when its model for bringing US $7 computer access to anyone around the world got funded on Indiegogo.

Keepod’s solution for providing reasonably scalable computer access to the 5 billion people currently living without it, is to create a supply of USB drives running the Android 4.4 operating system. This allows users to store all of their data and user settings on a single flash drive, making computer access rather than ownership the key to being able to do things such as read news online, bank online and participate in social media.

Now, Mintcoin Fund has launched a donations drive to bring Keepod’s flash drives plus some refurbished computers to 500 students in Marakissa, The Gambia.

“This campaign will offer these children internet access and their own personal devices to continue their education, research and interact with the world around them,” Mintcoin’s team leader of development, Jessica Hartman, told Cryptocoinsnews.com last week.

Donors have five different cryptocurrency options if they would like to contribute. These currencies include:

At the time of writing, the equivalent of US $75 has been transferred to the Bitcoin address. Mintcoin Fund has said it will update its social media feeds weekly with the campaign’s progress. “Sponsor a Keepod Kid” is set to run through December 31, 2014, with the project’s implementation set for March 2015.

A PayPal address will be set up, the campaign’s page says. However, the paperwork licensing the Mintcoin Fund as an NGO according to French law, thus making it eligible to receive payments in fiat currency, is stuck in bureaucratic limbo, and it might not be <a href="https://bitcointalk.