Previous articles were merely dedicated to people, who by accident or on intent, have earned bitcoins in a most surprising and creative manner. 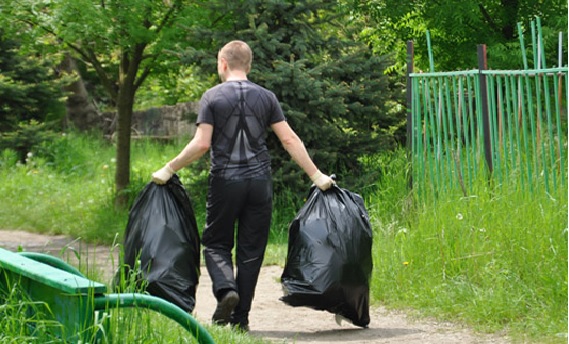 Previous articles were merely dedicated to people, who by accident or on intent, have earned bitcoins in a most surprising and creative manner. But what about losing some BTC and even almost on purpose sending them to landfill?

In Newport, Wales, the United Kingdom, a young man has accidentally got rid of fortune. His name is James Howells and he is one the early miners, who set up the necessary CPU capacity in 2009. Remember that the bitcoin system was established only in the year 2008. As a result he managed to “mint” about 7500 coins, considering the current pricing it is about 4 million pounds or 6?5 million dollars. Imagine his surprise when he realized that the capacity or the hardware he used was gone. He got rid of it on free will.

He gave up the mining process also very early, the prices back than were not that sophisticated and high as they are now. His girlfriend did not like the noise made by his machine and he switched it off. The key for his wallet was kept on the drive. Sometime after his PC stopped working, he got rid of the most parts, but left the hard drive. As a IT specialist he decided to keep it for some case that might occur in future. Sometime after cleaning his belonging he found it and decided that the moment when it might came useful will never come and threw it away.

He insists that he felt somehow strange at the moment when he placed the drive in the bin. Something inside him was shouting not to do, it is a bad idea. On the 22nd November seeing the prices for BTC he understood why it was a bad idea to commit this action. He found out were his rubbish was heading to – the Docksway landfill near Newport, contacted them and soon paid them a visit.

He explained the situation to the workers of the facility and they took him to the field were everything collected was placed. It was a field similar to a football stadium. The rubbish that was several months old could be found on the depth of 3-4 feet.

You can imagine that this work seems impossible – new trash arrives every day, old one should not be mined because of the hygienic reasons. In case he will decide to do so at least 15 helpers might be handy for a positive result.

There is not much time left for James Howells to decide whether he will or not search for his drive, at least the spokesperson for the Landfill facility announced that no people except for the workers will be permitted on the field to search for the drive.

Howells says that in case he might find it he would like to thank some people on the web, who helped him on the establishing of the bitcoin mining hardware and wallet, some money will go to say thank you to the ones who will help him search and of course he could have paid his bets.

Let us wish James to spend more attention in future – You can never know what is valuable just now.