Amazon representative Tom Taylor has given an interview to Re/code, where he stated that the service is not considering the introduction of Bitcoin as an alternative payment method. 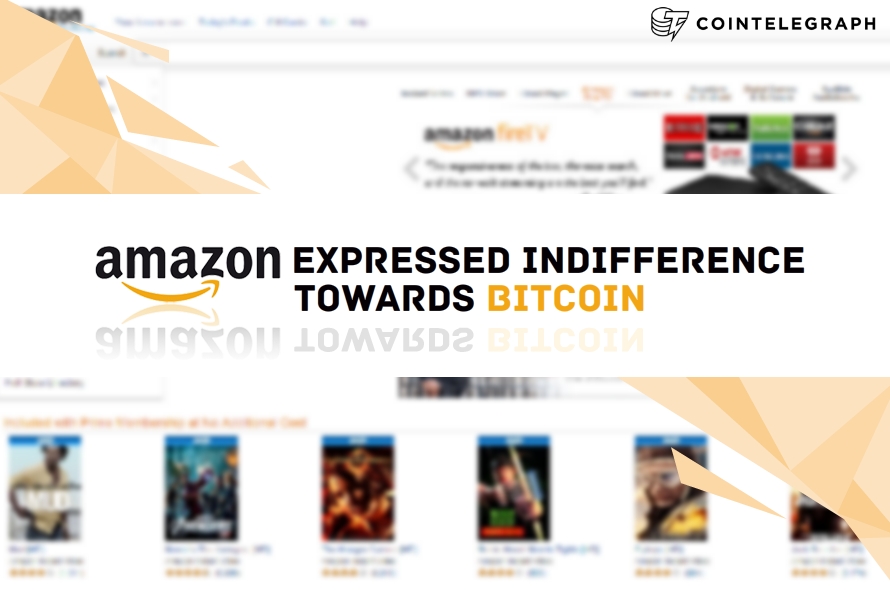 Amazon representative Tom Taylor has given an interview to Re/code, where he stated that the service is not considering the introduction of Bitcoin as an alternative payment method.

Patrick Byrne, CEO of Overstock, has described Bitcoin as an instrument to outplay the competitors. He sees the necessity to adopt virtual currency payments as an essential key to success.
Amazon payments head Tom Taylor argues against this view, setting different goals for his company and determining other ways of development.
Mr. Taylor revealed:
“Obviously it gets a lot of press and we have considered it. But we’re not hearing from customers that it’s right for them and don’t have any plans within Amazon to engage Bitcoin.”
The payments head draws contrasting perspectives. He believes that a global currency has its particular advantages, but that it is more important to deal with foreign exchange rates.
A reasonable solution might be the introduction of a personal payment system able to compete with traditional credit and debit card brands. According to Mr. Taylor, Amazon would be ready to reveal something innovative if it were a better alternative to traditional methods:
“If we felt like we could do a better job than Amex and Visa, and feel like it helps the customer experience, that’s something we would do. But it would really have to be something much better than [what they do].”
A year ago the company made an attempt to launch Amazon Coins, but the idea cannot be considered as a sterling embodiment of digital assets. The coins were awarded to customers who would then receive benefits on future payments. In essence, it can be considered as a loyalty program featuring particular gift vouchers.
The decision of Amazon seems to be logical and measured, while eBay has also excluded the possibility of accepting Bitcoin. However, eBay has provided its most enthusiastic users with a category featuring mining hardware, hashing power in pools and other crypto-currency related items.
Related News
How Tyler Winklevoss Converted His Biographer Into a Bitcoin Believer
New Platform Lets Users Trade Crypto and Gold in Personal IRA
Editor’s Choice