Africa is rising with entrepreneurship, powered by Bitcoin and other cryptocurrencies and the expansive Blockchain on which they exist, despite the 1st World Afro-pessimism. 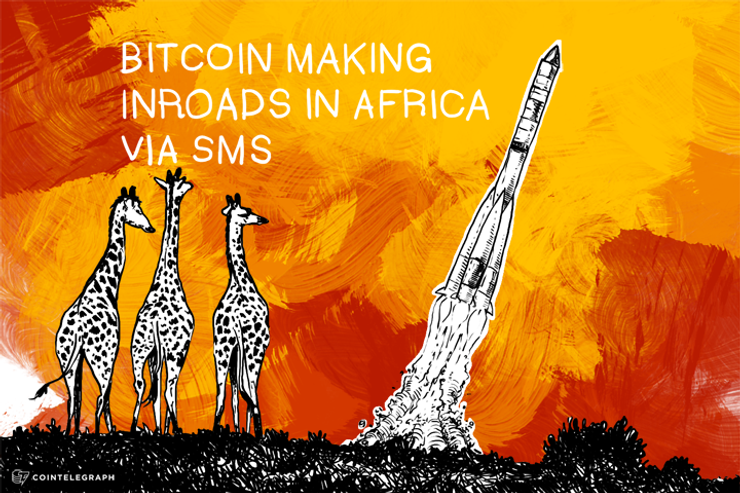 Africa is often demeaned as the “Lost” or “Hopeless” continent due to 1st World Afro-pessimism that gorges itself on a generous media diet of AIDS, genocide, raping armies, Biafra, Darfur, Somalia, matchstick children crawling with insects, tyrants chopping off limbs, etc. The majority of Westerners believe Africa is a trapped nightmare; they expect no transcendence from the natal land of Homo sapiens. Attention! Africa is rising with entrepreneurship, powered by Bitcoin and other cryptocurrencies and the expansive Blockchain on which they exist.

According to the World Bank, Sub-Saharan Africa is now home to approximately 650 million mobile phone subscribers, a number that surpasses the United States and the European Union, and represents an explosion of new communication technologies that are being tailored to the developing world.  Mobile phones, to me, are the fastest growing technology on the continent.

“More people have access to mobile phones today in Africa than they do to clean water or even sanitation.”

So we can say this has been the most significant revolution in terms of changing the African landscape and how people live their daily life.  And what surprised me greatly was the latest World Bank report, which states that mobile phones were directly associated with the creation of more than five million jobs in Africa last year and contributed seven percent to Africa’s Gross Domestic Product — higher than the global average.

That’s a great statistic for young African entrepreneurs (Cheetahs) who have dreams and ambitions of introducing their products and services throughout the world, as the world is now a global village due to technological advancements. The benefits of mobile phones in developing countries could be even greater if more people understood how to use and take advantage of mobile phone technology, especially SMS.

What 37coins has for Africa

To me, 37coins is the best bitcoin wallet for Africans as I have already done the analysis researched by the world bank on the speed of mobile phone penetration in Africa and how it has started to help the continent.

We live in a world where everyone wants his or her privacy guaranteed, no more centralized system of banking as it’s being monitored by governments who even have the audacity to press charges for money laundering when you are moving money more than what the government has, your own hard earned money. That’s why BITCOIN and other CRYPTOCURRENCIES have come to usurp the government’s power over the centralized FIAT MONEY. Bitcoin offers an alternative to African mobile money and its also more advantageous than the mobile money in Africa as it is works without boarders and barriers.

37coins.com was founded by social entrepreneur Songyi Lee, developer Johann Barbie and designer Jonathan Zobro and its based in the US. It’s a bitcoin wallet that can be used on any mobile phone, by using the lowest technological common denominator – SMS.

SMS is an attractive way of handling cryptocurrencies as it opens up a whole new tier of users around the world. However, it would be worth the risk to cater for the billions of “unbanked” individuals by making cryptocurrencies more accessible. The so-called “unbanked” are those people who live in poorer parts of the world, and to whom bank accounts are just not available or too expensive.

For these same people, knowledge from the Internet has been made accessible through various SMS services and We Africans  can benefit the most from cryptocurrencies, which provides fast and secure payment transactions with no centralized authority over it. Sending bitcoin is flexible as the SEND command will accept a phone number or bitcoin wallet address. If funds are sent to someone who does not use the service, a wallet is created and the coins are stored for the recipient to transfer the funds.

As more bitcoin recipients send payments on to other phone numbers, more and more people will have wallets available to them via 37Coins.