Bitcoin on the Top of the world: What’s Next?

Let us have a flashback on the news headings that have popped up recently. First of all, there were many of them. 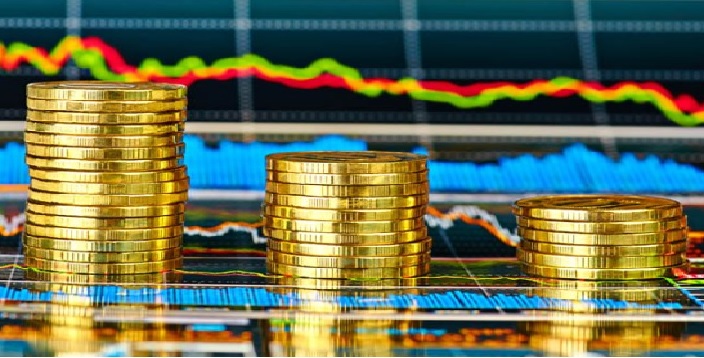 Let us have a flashback on the news headings that have popped up recently.

First of all, there were many of them. For people, who have missed the activities around bitcoin as an example, and crypto currency in general, television channels, radios, newspapers, magazines and Internet-platforms have given enough references to set up an individual opinion. Experts also have turned their faces towards the coin as the processes could not be ignored and overseen.

The current price for a single bitcoin has reached the maximal ever value that is equal to 1242 dollars. Imagine the overall growth as first bitcoins were traded for cents, but early this year for a dozen of dollars. To gain an image of this sum, the gold price during the same moment was 1241,98 dollars. Indeed the price of the precious metal has been much higher before, but what matters is the fact that the crypto currency has no just a theoretical power to replace gold as a safe and sure long-term investment it already can overpower the longtime fund.

The founder of the currently sold gambling page SatoshiDice Erik Vorhees, who is a very active supporter of the coin, says that it is too early to look on the coin as a replacement for gold. Similar tries to replace it were performed by the e-gold that did not succeed. He sees gold as a more reliable perspective for long periods as several years. After his opinion bitcoin can be a short-term investment that anytime can be switched to payments online and now even offline.

The premises support this idea as more and more merchants, retail venues and services – both physical and digital – started to accept bitcoins as a payment method. For some it is even a preference measure to be collected from customers and clients: starting from a wine cellar in New York with the giant of the emerging Chinese economy Baidu. You can exchange the coins fast, safe, with no fee or commission for a bottle of a liquor or a network security application for Your homepage. Any branch from food till healthcare, from domain names till online casinos can be acquired for the virtual coins worth real money.

The question that appears from the previously mentioned facts is following – taxes. The exchange for bitcoins is a deal, made to gain profit or to acquire some necessary matter or product. It is not commodity for change; it generally pretends to be a currency. Observing the basic principles of bitcoin we see that it has limit - 21 million coins, it is independent from authorities and governments, the user feels frredom and liberty using it in the most unique, but natural way – no one, by saying it, I really mean it – can affect the transaction, conduct it or terminate. The system by the developer of developers under the Name Satoshi Nakamoto planned it to be so.

But people using the virtual money live in real economies and countries having very different polices. Generally that there is almost no country, where trade with bitcoins would not be a deal that has to VAT and other taxes calculated in it. The US government is already considering the bitcoin community as an important part of economy, but having differences in legislation makes the development of the state position on the question nearly impossible. FinCEN is still sure that taxes are a must. As well as anti-money laundering rules should be obeyed. For the EU it might be even easier to integrate the currency into the existing economy – having a united fiat currency euro and common legislative norms is a more comfortable environment for the introduction of an alternative payment method. Everything can be described as advantage there, except the banks. In practice many Eu banks are closing accounts belonging to people and organizations making bitcoin transactions – from mining to paying. No reasons are generally named, but allusions are made towards the criminal aspects of the system.

Of course, there is no pure white or black in the world. Bitcoin was and is attracting people trying to move capital outside a particular country, laundering it or committing other types of crime. Silk Road – the black market leader - is a great example. Drugs, weapons, people, life – all that was traded in the online shop. After the developer Ross Ulbricht was jailed the society believed to get rid of the shadow above bitcoin, but new similar merchants arrived to occupy the niche. The advantages of the crypto currency can be used both in a positive and negative way.

The final question considered as the most interesting by activists and skeptics is naturally how long will the price for the BTC rise and if it will stop or drop in the end. The reasoning for both groups of people is same – the currency is a soap bubble, very attractive because of the best PR company among similar coins (there plenty of them in reality), interest of financial giants and corporations, good and bad news (determining word is “news” after all) made the price go fast up. The skeptics see the nature of the currency as deceiving – right timing will save the funds and investment from a loss and bankruptcy. The changing nature for the activists means new horizons – no one can impact their actions, allow or deny, control. But both agree that the interest is a maximum as the price – the attempts to establish some rules might be both a progress and a regress for the system. How much is enough to keep the same

level of independency and safety by introducing some guarantees? Enthusiasts and experts agree that only time might give a proper answer to all questions about the future of bitcoin as its use has already gone beyond the mathematical and logical rules it obeys.