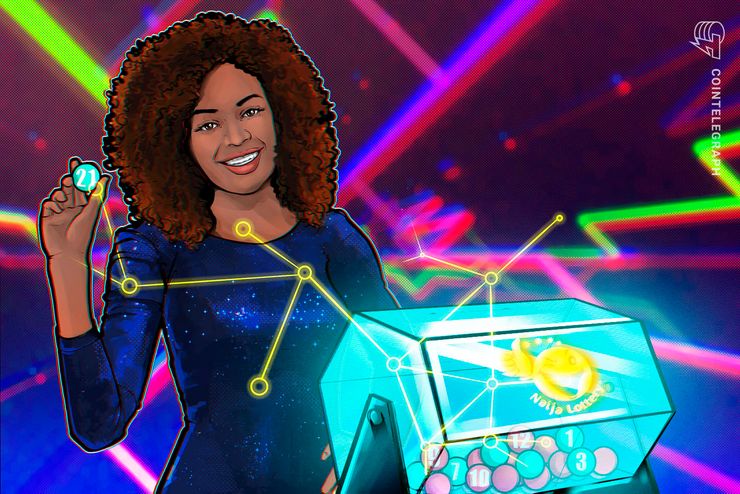 On Dec. 13, Quanta Plc., owner of Quanta Technology Limited, a blockchain lottery operator, announced it had signed contracts to acquire a stake in International Lottery and Gaming Limited (ILGL). As Quanta reports, this is ”the world’s first deal to reform traditional lottery.” The companies say that Quanta’s blockchain-based lottery technology will help increase the transparency and fairness of Nigeria’s gaming market.

Quanta claims to be “the world’s first fully licensed blockchain lottery.” The company started operations in 2015, and in 2017, received a license from the Isle of Man’s Gambling Supervision Commission. Quanta’s smart contract-based technology is founded on transparent random number generation on a distributed ledger. The entire lottery process can be made visible to network participants.

According to the statement, Quanta intends to use the acquisition as a base for expansion across Africa and toward Nigeria’s population of almost 200 million. The deal announcement cites Nigeria’s gaming market as “one of the most lucrative business opportunities in the world.”

In 2016, Nigerians were spending approximately 154 billion Nigerian nairas ($503 million) per day on betting (about $2.6 per inhabitant per day). In 2017, these numbers saw a twofold increase, reaching 308 billion nairas (about $1 billion per day as of 2017). Because of this, poverty and unemployment are now rampant in this Western African country. An average Nigerian family earns between $253 and $336 per month.

Moreover, the national newspaper covering that news polled 20 random people, and 13 of them said they place bets everyday. Only three said they are not involved in lotteries or sport betting.

Lotteries and lottos with stakes from 100 Nigerian nairas (about $0.30, as of December 2018) take up the lion’s share of this lucrative, yet undeveloped market. On the national level, about 100 lottery licenses have been issued by Nigerian gaming authority, and at least one federal state of Nigeria (Lagos) approved 40 more licences, according to a PwC report issued in 2017. The market is enormous, yet plagued by inefficiencies and corruption. Even a centralized register of lottery operators is not made public.

The science behind the Nigerian lottery fever

There is a scientific explanation for Nigeria’s lottery craze. According to a study made by Maria João Kaiseler and Horácio C. Faustino of Lisbon Technical University, there’s a reversed-U dependence between lotteries’ popularity and GDP per capita. Simply speaking, the lottery sales grow expansively until the country reaches a gross domestic product of $49,308 per capita in 2004 dollars (which is $65,788 in 2018 prices), and then start to decline.

In addition, according to this research, there are two proven hypotheses: Christians play more than other religious groups (about 40 percent of Nigerians are Christian) and African countries spend more money on lottery products than others (almost 100 percent Nigerian population is of African origin).