Originally alcohol doesn't lead people to make proper decisions. Usually it is so, but the story of wine and liquor seller from New York is quite different. 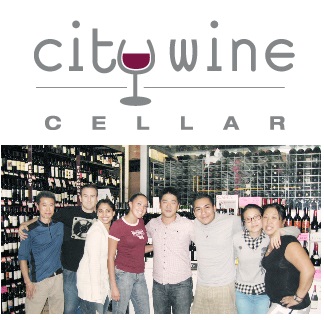 Originally alcohol doesn't lead people to make proper decisions. Usually it is so, but the story of wine and liquor seller from New York is quite different. The owner of City Wine Cellar in Staten Island, John Ha has found a significant benefit in buying alcohol beverages in digital currency.

John Ha said that using bitcoin currency attracted his attention with the concept that it is possible to buy items all over the world.

People who want to buy drinks via bitcoins often face the problem in finding companies that accept bitcoins as a payment for their services and good. Ha decided to use bitcoins payments both online and at his wine shop.

Soon after the shop was opened, without any special advertisement, one of the Pennsylvania University graduates posted an information City Wine Cellar does actually have customers and they like to pay with bitcoins. According to the post, a number of these orders were small, but still it was information that came just a few weeks after.

The most impressive is the fact that Ha had no prior experience in liquor beverage industry. He started his business soon after an eight-month practicum at Johnson & Johnson.

However, today City Wine Cellar is the largest and most popular grossing liquor shops on Staten Island.

First time when Ha heard about bitcoins was year ago, when the prices were below $1 for one bitcoin. The person who made Ha to pay attention on digital currency was his cousin.

“He had told me in the summer he is now a millionaire,” Ha recalls.