Startups get a much-needed platform to raise funding through the ICO route as Cryptonomos offers crucial turnkey solutions. 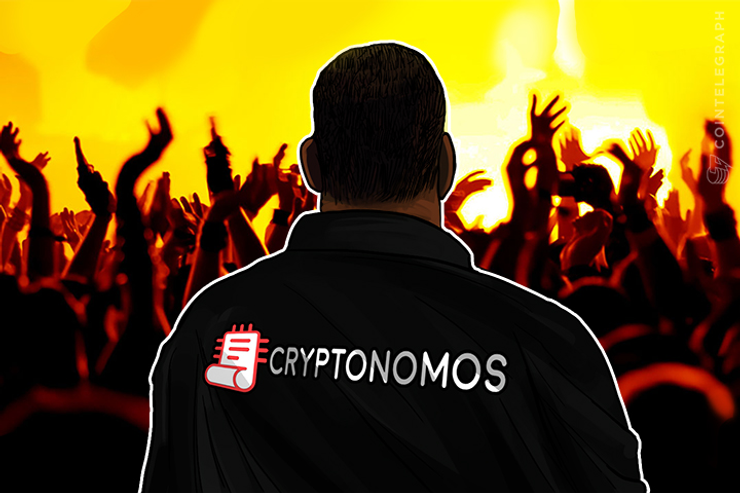 The phenomenon of Initial Coin Offerings (ICOs) has helped startups raise nearly $1.27 bln in the first half of 2017 alone.

We are witnessing an era where small companies and projects with new ideas can raise money to bring their plans to life without going through the cumbersome and long-winded process of doing it through traditional stock markets.

The ICO route presents a huge opportunity for anyone but particularly startups to gain access to capital and start rolling out their plans for the future, but there is still the task of carrying out a successful crowdsale.

A turnkey solution to ICOs?

Cryptonomos pitches itself as a ‘Blockchain solution for crowdsale.’ They can help startups and others looking to capitalize on ICOs a simple platform which can not only be used to launch new token crowdsales but also service existing tokens.

Cryptonomos offers services which encompass everything from launch structuring of tokens, book building and launch to an eventual listing of tokens as well as smart contract management.

At the moment Cryptonomos offers a turnkey solution and they are working on a stand-alone book building and listing solution, which could be used as a primary tool or in conjunction with own resources of a start up.

It has created a versatile platform for token sales which could be utilized as sort of a one-stop for an ICO.

Setting up a crowdsale is easier now than ever

Cryptonomos has greatly simplified the process of setting up a crowdsale. Cointelegraph asked Daria Generalova, Head of PR & Communications, to explain to us how the process worked:

“For a token seller (a startup company): first fill out an application. As soon as we agree on the terms and jointly work out a token offer strategy, we work out legal and marketing details, develop a smart contract and launch the sale on our platform, collect the funds, transfer them to you or your escrow agent and issue tokens and help you managing them. Alternatively, we can manage only select parts of the process depending on your needs.”

It is not only a simple process for the token seller but also for the token holders, who can simply sign on to the Cryptonomos platform, select a token, which they are interested in and review its white paper or even contact the token’s support service.

Once satisfied the perspective token holders can simply select the number of tokens they require and execute the sale.

A decade of experience behind the scenes

Daria Generalova, who doubles up on the PR and Marketing team of Cryptonomos has a decade of experience on the Blockchain market and so does her partner Anar Babaev.

The Cryptonomos team swears by the motto, “If you see it optimize it!” and has been involved in creating multi-user high-load services with a special knack for creating special user-interfaces and mathematically sophisticated engines.

Daria and Anar are both the front and center of Cryptonomos and without them, this crowdsale platform for startups would not have materialized.

So what makes a successful ICO?

Currently there maybe a glut of ICOs and the phenomenon may appear to be at its peak but quality will always shine through.

The three key requirements for a successful ICO according to Nick Evdokimov, Cryptonomos CEO, are:

We could also say that having someone in the know manage your crowdsale would be one of the chief requirements of a successful ICO.

They also offer full smart contract management services. If we think about the benefits that this platform offers as a whole and the empowerment it provides start ups, it can be described easily as a game changer.