DC POS is an acronym standing for Digital Currency-Point of Sale and this step moves it from a speculative and exclusively online digital currency system into the real world. 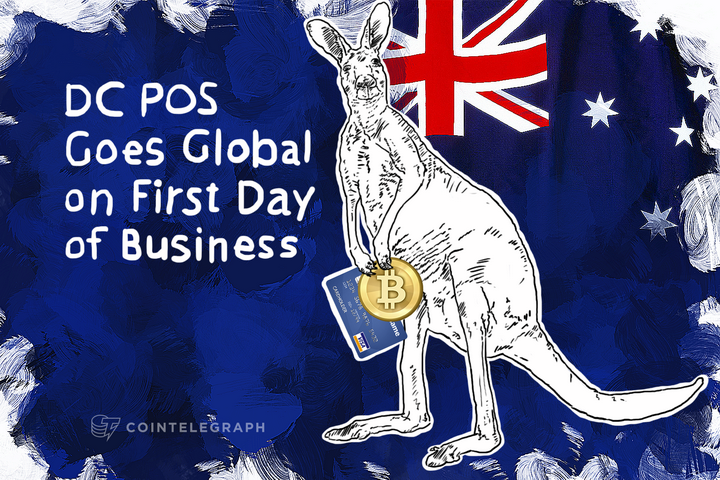 The Bitcoin over-the-counter payment system, developed by a Melbourne, Australia startup, opened its doors on May 26 with the news that its users would have the ability to decide exactly where they want to store their Bitcoin and more importantly for most people, where they wish to turn their Bitcoin into fiat currency by interacting directly with local banks, from anywhere in the world.
The software is platform agnostic which allows users and merchants to access with any device that has a web browser and internet connection. The startup immediately began to experience a rise in signups directly after launch in May and now have more than one hundred merchants taking part in the program. Merchants are especially appreciative that the POS software does not require expensive hardware to run the system, making it simple for them to integrate into their current system.
The website is fairly easy to use and describes the very simple setup and operation of the system, which seems to be much easier to understand than most modern cash registers in stores today.
DC POS is an acronym standing for Digital Currency-Point of Sale and this step moves it from a speculative and exclusively online digital currency system into the real world with an over-the-counter payment system that rivals those of Visa/MasterCard and American Express. This might seem like a strong statement to make but when you consider that the discount rate for merchants accepting Visa/MasterCard charge about 1.5% and American Express charges a whopping 4.5%. Whereas DC POS only charges 0.5%, which is a hugely attractive draw for merchants, especially those with smaller markups on their products.
Managing Director Mike Nelson said about the product:

“We have put our product through extensive user testing, security auditing, and field trials. Our development process has been extensively documented to align with international quality standards. We are very excited to be launching our world class product globally.”