The UN will be helping refugees in Jordan get access to food rations using the Ethereum Blockchain and biometric technology involving scanning the human iris. 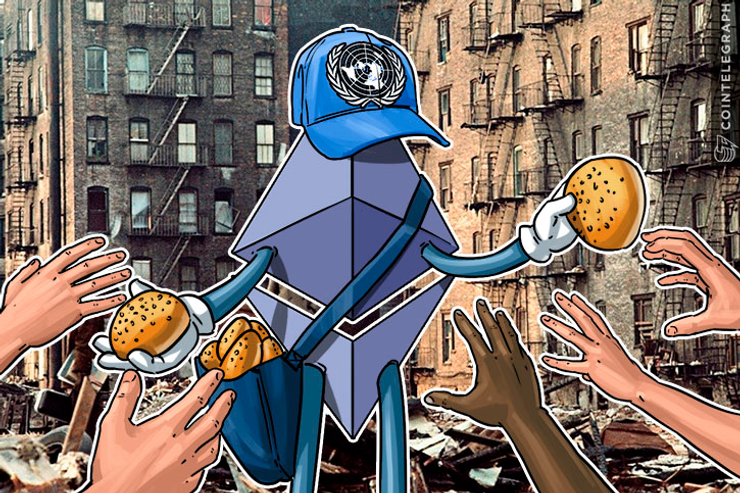 The UN will be helping refugees in Jordan get access to food rations using the Ethereum Blockchain and biometric technology involving scanning the human iris.

This technology has already been tested by the World Food Programme (WFP) of the United Nations in Pakistan earlier. WFP hopes to help nearly half a million people by 2018. According to Futurism, more than 10,000 people stand to benefit from the technology only in Jordan.

The UN will use Ethereum Blockchain technology to distribute coupons which will be used in place of the local currency, the Jordanian Dinar.

It is expected that there will be many people who do not have smartphones and Internet access among the refugee population. According to Investopedia the recipients of the WFP aid can scan their iris using a technology developed by the London-based startup IrisGuard.

It is expected that there would be no exchange of coupons for cash but rather shop staff will give food to the refugees using technology developed by UN Innovation Accelerator and Ethereum tech developer Parity Technologies and Datarella, a Blockchain company. These companies have put into place a system that will help keep track of the coupon usage.

With the elimination of cash in the aid process, the WFP hopes to plug leakages in food aid and is making sure that help reaches the intended people.

The cashless system is a novel idea that will be rapidly expanded and it is thought that by August 2017, nearly 100,000 people can benefit from this project.

It is interesting how cryptocurrency starts helping the most marginalized sections of the world. If the project is a success, it would showcase just another use of Blockchain and digital currencies.

Even though the world has made rapid strides in eradicating hunger, there are still problems associated with this particular suffering evident over large swathes of the globe.

Hunger is an acute problem in places like Sub-Saharan Africa and India.

In areas that face famine or the waves of refugees going hungry, it is the WFP that comes to their aid. It is estimated that the WFP provides help to 80 mln people in 80 countries and they are sticking with the stated aim of the international community to end world hunger by the year 2030. Can Blockchain technology be a part of this effort as well?