The natural growth of Ethereum’s price continues. The time has come to determine the long-term direction. 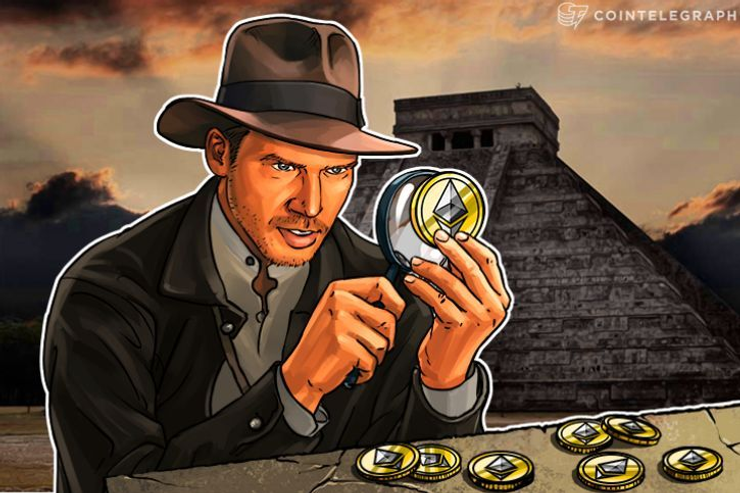 The natural growth of Ethereum’s price continues. The time has come to determine the long-term direction.

Will there be a long-term Ethereum growth?

As was determined earlier, Ethereum’s price has gone upwards. There were no signs of a medium-term turn. That was already apparent at the level of $14. Ethereum’s price has broken through that mark, thus pointing at the lack of advantage on the side of the bulls. Simply put, it was a signal for a flat. Consequently, after the price reached one of the limits of the flat, a movement towards the opposite limit should have followed, and it did.

A Singapore-based company KIBO has presented a lottery platform based on Ethereum’s Blockchain. The key role in that project will be played by smart contracts.

The decentralization and openness of the source code will guarantee a fair competition, according to the project’s developers. They also claim that the payouts will be made within several minutes and without any fees.

The release of the lottery platform is scheduled for fall, presumably in October. This project has the potential to create demand for Ethereum, which will cause the price to grow.

The potential of the current downward movement could be determined by looking at the nature of the rebound. We need to find the level, where the trend structure should break. We need to find a point, where the majority of the bears will show themselves. That will happen in the intersection area of different technical instruments: diagonal channels of different scales, the correctional Fibonacci level 61%, and accumulated volume. All these will serve as support for a downward trend. In that scenario, Ethereum’s price will continue to fall. If a fortification does not happen, the price will return to the upper limit of the weekly flat, near $14.

Speaking of the world currencies, their prices have reached the bottom limits of their sideway trends. Such a stop could provoke a drop in the dollar price, combined with a growth in most other currencies. That scenario can be beneficial for Ethereum’s price. Important news, which are abundant this week, can cause growth spikes in most currencies. But the main news will be about the US, and will come on Friday. Expectations regarding retail sales and producer price index are extremely negative. So if those expectations are confirmed, the dollar could fall.

The pattern of movement of Ethereum Classic is worth noting. The price was naturally rebounding from intersection points of technical instruments: the diagonal channel and correctional Fibonacci level 61%. That level is the peak of the correction towards the upward trend. That’s why the fate of the future trend depends on how the ETC price will fortify at that level.

In order to determine wether there will be a turn to decline, we need to find the key level for the downward trend. That level could be found by the same principle - the intersection of several important technical instruments highlights the key level, where the majority of traders make their deals. In our case, that is the level near $2.6. If the ETC price fortifies above that mark, it will indicate the bears’ advantage. In that case, the odds will be on the side of a further fall toward $1.8 - $1.6. Alternatively, if the price breaks through $2.6 and fortifies at that mark, ETC will have a chance to continue its upward trend. Such a scenario will indicate the power of the bulls.

The technical levels, where a change of trends is the most likely to happen:

A fortification below $12 on Ethereum could provoke a deeper fall.

A key level for ETC is the price of $2.6. That mark will be a turning point. If the price breaks through and fortifies above $2.6, the odds will be on the side of a continued upward trend.